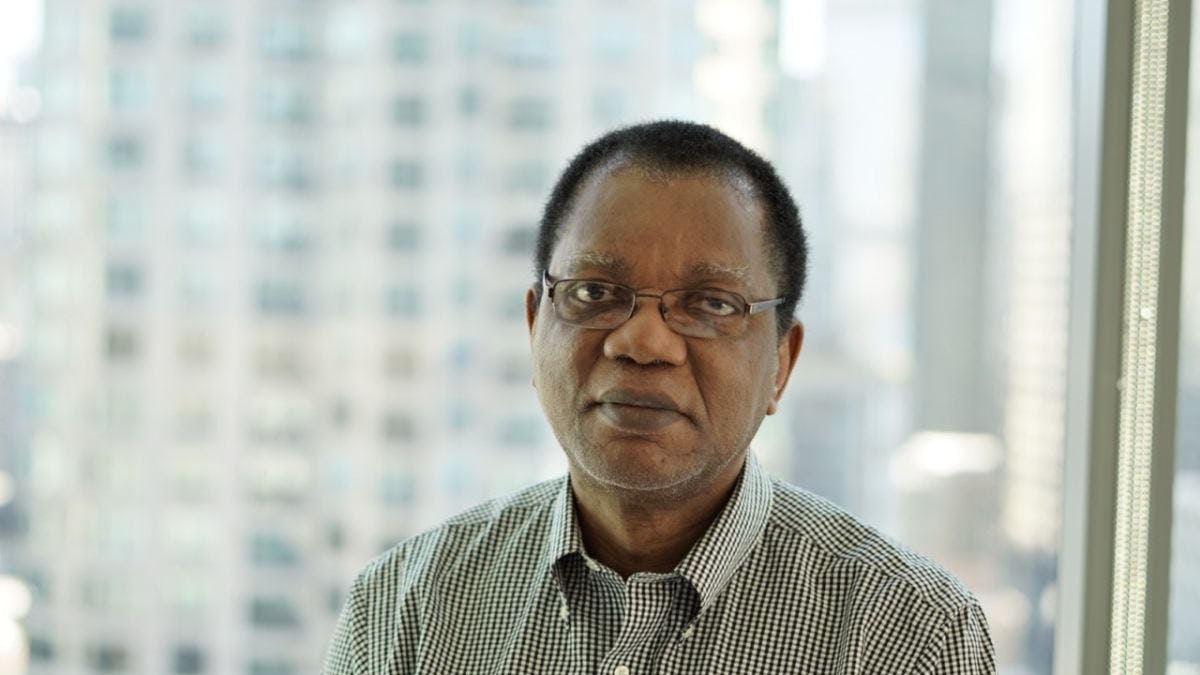 Adeniyi Lawal’s vision for the Department of Chemical Engineering & Materials Science will leverage relationship-building with faculty, alumni, and local industry to spark passion for research among students.

The new chair of the Department of Chemical Engineering & Materials Science (CEMS), Adeniyi Lawal, has earned an impressive array of accomplishments and accolades during his 30 years at Stevens Institute of Technology. What stands out when you talk with Lawal is the clear vision that guides his research and the future of his department. “Engineering is applied science, and the purpose is to add value to society,” Lawal explained. “And while you are doing good, you also have to ensure you are not doing harm to humanity. You don't want to hurt people or damage the environment. So, you have to have it at the back of your mind that you are serving society at large in all your processes.”

A passion for green energy 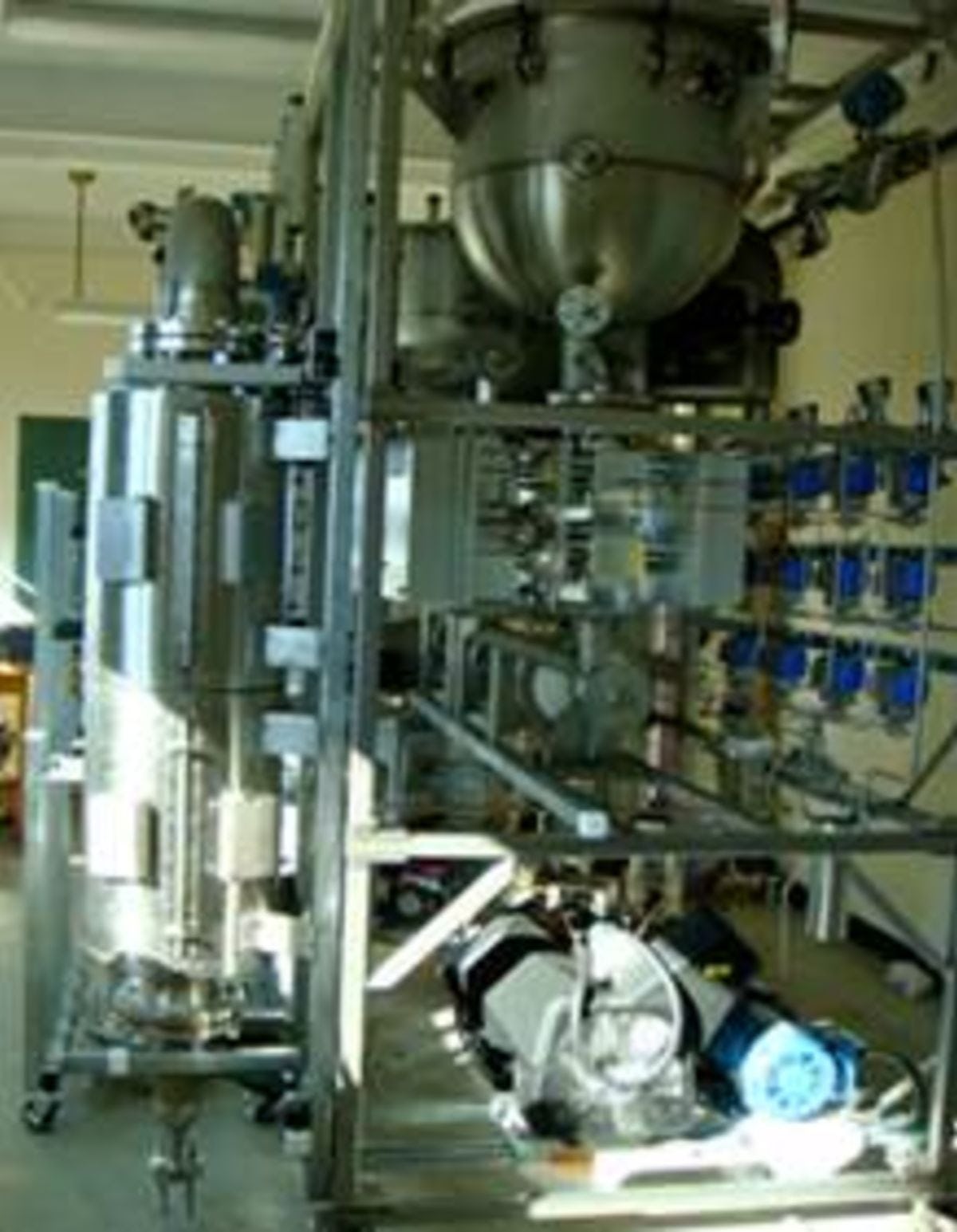 It’s easy to see that guiding principle in Lawal’s research, which leverages his expertise in microreactor technology into renewable energy. His entry point into renewable energy was the conversion of lignocellulosic feedstocks—such as crop residue like corn stover and wheat straw, and also switch grass, leaves, and wood waste—to green diesel.

The key to this process is a pilot-scale pyrolyzer Lawal developed for a Department of Defense contract. During the Iraq War, American soldiers transporting fuel faced snipers, and a mobile pyrolyzer system that converts biomass waste into diesel could save lives.

One of those garbage-truck-sized pyrolyzers lives in Lawal’s lab. “A lot of people aren’t aware of its existence. When I bring them in, they say, ‘Wow! We have something like this here, and we never hear about?’” added Lawal. “I don't think you’re going to find that in more than a handful of university labs in the entire United States.” 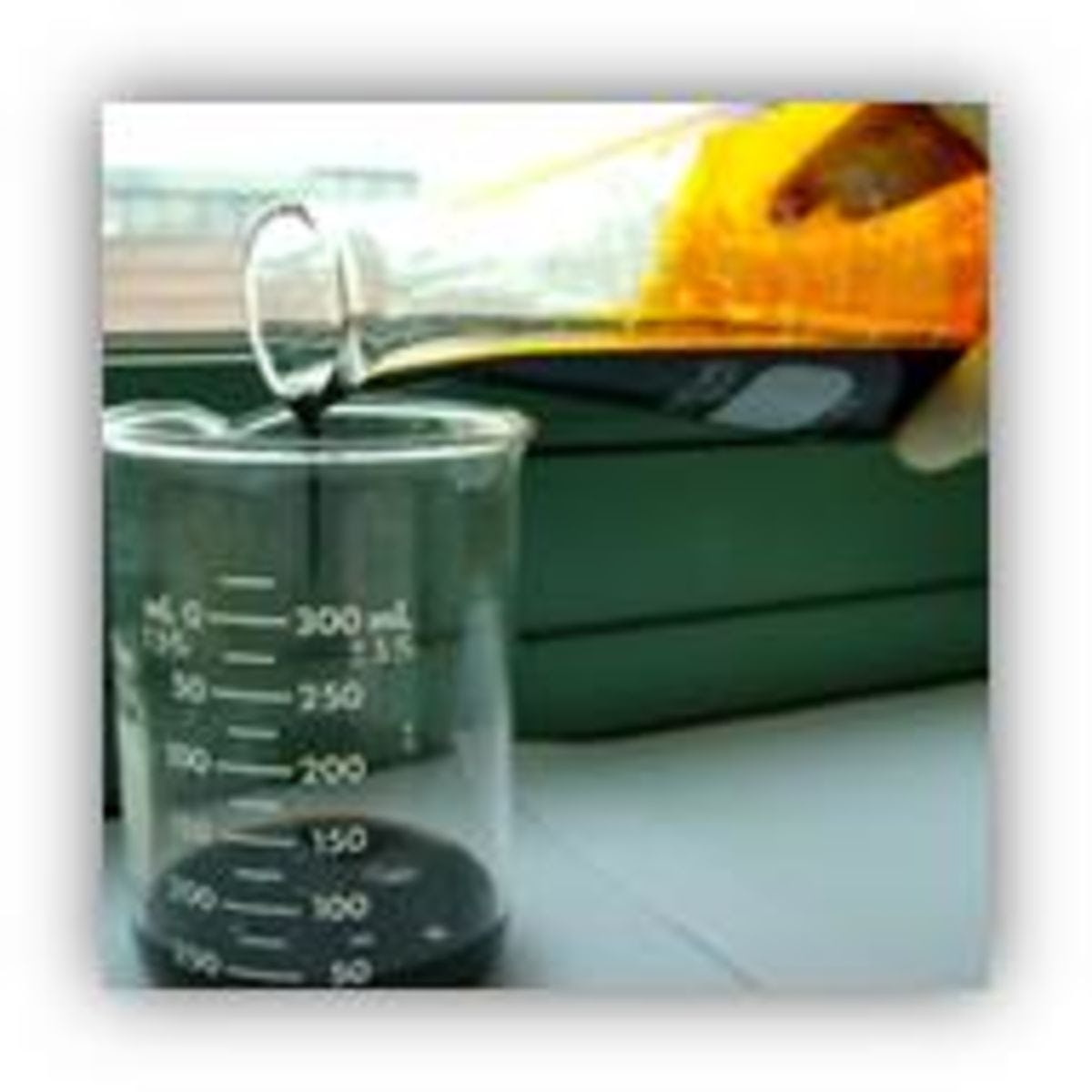 It takes three steps to transform that biomass into green diesel, starting with its conversion into pyrolysis oil. The pyrolysis oil is then autothermally reformed into synthesis gas, and in the final step, the synthesis gas becomes green diesel. Lawal’s current research focus—microalgae—is more direct. Since it’s as much as 40 percent oil, Lawal can extract that oil and convert it to green diesel in one step.

“Stevens is one of the foremost experts in oil extraction from algae,” noted Lawal. “We know as much as anybody—if not more than a lot of groups in the nation—about how to extract algal oil from algae. We've been working on it for about five years, and we have a pilot-scale oil extractor.”

One can grow microalgae almost anywhere, and Lawal, along with his collaborator Christos Christodoulatos from the Department of Civil, Environmental, and Ocean Engineering, is exploring redirecting waste streams to grow algae. They have indoor ponds at Stevens—essentially 100-liter bathtubs—as well as a scaled-up version with 1,000-liter ponds in Tennessee. These days, that’s where Lawal sources microalgae for oil extraction. Lawal is focused on figuring out how to produce that green diesel in an energy-efficient and economical way so that it can compete with petroleum as a source of fuel.

Lawal wants to bring undergraduates into his lab and that’s a major theme of his vision for the department. “[We want to] get our students excited about research in a serious way.”

Lawal plans to bring undergrads into pilot plants like his for cutting-edge, hands-on experience. And he’s developing an undergraduate research portal to connect students with faculty to encourage early research experience, setting Stevens undergrads apart and giving them valuable opportunities to publish. “Then we encourage them to apply for National Science Foundation and National Defense Science and Engineering graduate fellowships,” added Lawal. “These are highly prestigious fellowships. In fact, a lot of Nobel Prize winners in science in the US were once NSF and NDSEG graduate fellows.”

Lawal also plans to shore up CEMS programming with a review of the undergraduate curriculum and immediate plans to hire three new assistant professors—two in chemical engineering and one in materials science.

When it comes to increasing enrollment in the department’s master’s programs, Lawal has been working on innovative solutions like 3+2 bridge programs that enable domestic and international students to earn bachelor’s degrees from target schools in three years and then complete a master’s degree in two years at Stevens. The first of these—a collaboration between Stevens and Zhejiang University of Science and Technology in China—was expected to kick off this fall. Lawal hopes these programs will serve as pipelines for Ph.D. students since strong candidates could earn a doctorate with three more years of focused research at Stevens.

Lawal also plans to add an Interdisciplinary Graduate Certificate focused on Data Science and a Graduate Certificate in Sustainability and Materials to the CEMS offerings. And he wants to create master’s-level internships, which will be particularly valuable for international students hoping to gain industry experience.

Lawal says the CEMS department has more Ph.D. students per capita than any other program at Stevens. He wants to develop a Ph.D. program that collaborates with industry to define, supervise, and fund doctoral research. This would ensure that students gain relevant experience and generate commercializable research products.

Lighting up the industry

Many of Lawal’s ideas—like the master’s-level internships and industry-supported Ph.D.s—rely on a resource Stevens has in spades: successful local alumni. Tapping into that asset is key to his goal of increasing the program’s visibility and influence. “It shouldn't be that difficult because Stevens is ranked in the Top Ten in terms of return on investment,” added Lawal. “We are in the company of…the top schools in the world. So, if that’s the case, why should it be difficult for us to create this kind of influential network?”

Lawal wants to bring Stevens alumni together—through department events, awards, and alumni profiles—to strengthen the program and identify corporate partners. He also wants to strengthen Stevens’ voice by inspiring graduate students to apply for competitive fellowships and join national associations—and by encouraging faculty to present their work at some of the most high impact international conferences.

As he begins his term as Chair during these uniquely challenging times, Lawal’s bold, principled vision is a lodestar for navigating a changing world. After all, Lawal is an engineer, and building a better future is what engineers do.

Learn more about chemical engineering and materials science at Stevens: