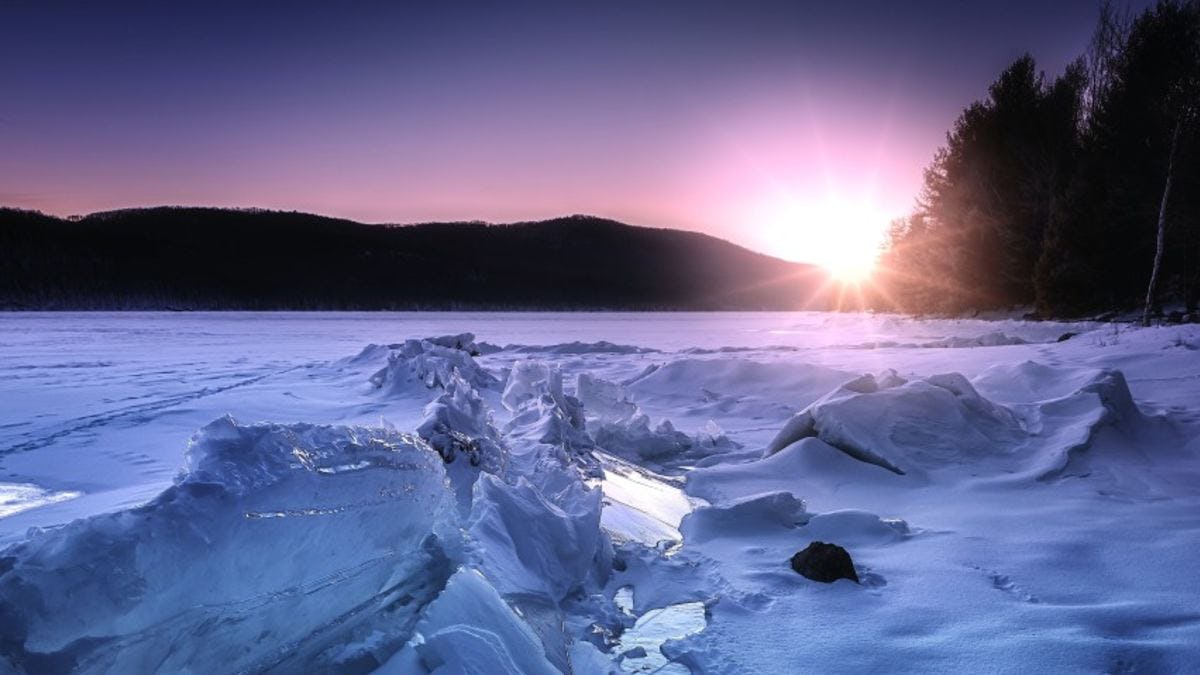 The River Ice Mapping Interface shows current conditions, such as this screenshot of the Ashokan Reservoir, which is one of six reservoirs of the Catskill/Delaware Watershed that work together to provide 90 percent of NYC’s daily water (March 14, 2022).

The New York City water supply system delivers more than one billion gallons of drinking water every single day. It’s one of the most massive surface water storage and delivery systems on the planet, and it relies on the 1.2 million-acre Catskill/Delaware and Croton watersheds in upstate New York.

When New Yorkers turn on their taps in future winters, that steady supply of drinking water will arrive thanks in part to an automated system created in the Integrated Spatial Modeling and Remote Sensing Technologies Laboratory (I-SMART) at Stevens Institute of Technology. Associate professor of civil, environmental and ocean engineering Marouane Temimi recently received a three-year, $404,000 NASA grant to build a tool that uses remote sensing and hydraulic modeling to enhance reservoirs inflow in watersheds in the northeast region by integrating river ice inferred from satellite images with New York City water supply system as a case study.

“NASA operates a number of satellites, and they collect images and share them with the public,” Temimi explained. “So, basically, we'll make use of some of those images to look at rivers and lakes in the United States and Canada and process the images to know how much ice is on [them].”

As the satellites fly by and collect images, Temimi’s computer model will automatically receive and process the images and extract data to reveal the extent of the ice — that’s where the ice is located and where its edges begin and end on the river. The team can incorporate additional data like temperature to infer the thickness of the ice as well.

Tracking that ice is important to hydraulic modeling, which is how researchers and other experts figure out how water flows in rivers. The interactions between ice and stream flow are complex: the ice can slow or block the flow of the water. The ice can even pile up into an “ice jam” and cause flooding. Or — depending on factors like location, the shape and depth of the river, local conditions, and the thickness of the ice — the water can overcome the ice and break it up so that it melts or flows out to the ocean.

That’s important information for people who need to navigate the river, look out for flooding conditions, or manage water reservoirs and hydropower facilities.

Building out the interface

Temimi’s tool will use incoming satellite data to estimate the flow in the rivers 24 hours a day, 7 days a week—without interruption or human intervention. The starting point for the project is the lab’s River Ice Mapping interface, which is already used every day by experts in the United States and Canada who need to know ice conditions in the rivers the tool tracks. 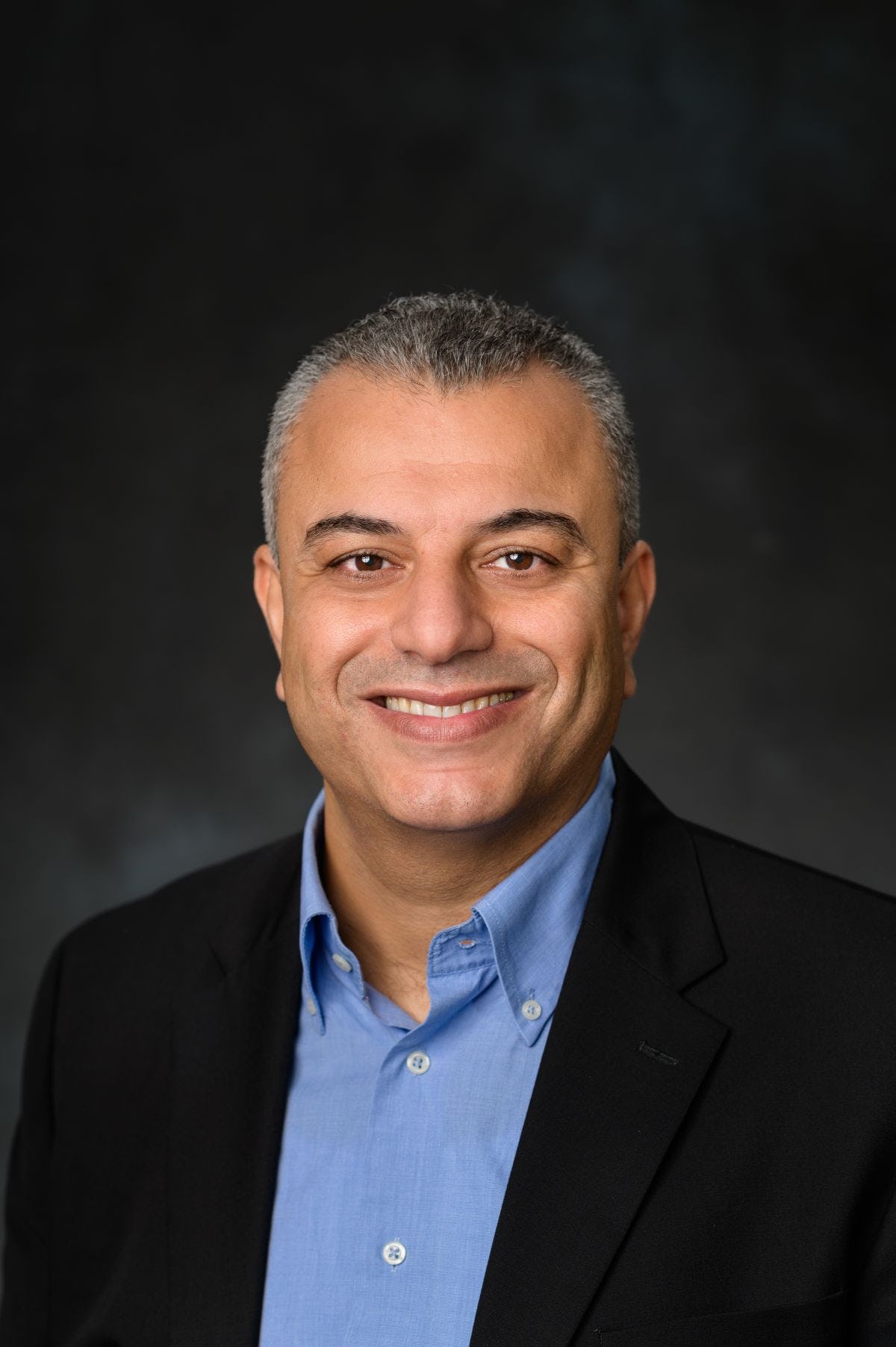 MarouanNow, Temimi has two partners on his NASA-funded project. The first is the National Oceanic and Atmospheric Association’s (NOAA) National Weather Service Northeast River Forecast Center, which will use the new interface to help track river ice data that’s pertinent to precipitation and flooding. The second partner is the New York City Department of Environmental Protection (DEP), which manages New York City’s water supply. For them, the tool will help determine how much water is coming into the reservoirs in the Catskill/Delaware and Croton watersheds — since freezing winter conditions cause those complicated interactions between ice and water that alter the river’s flow — so they can release an adequate supply of drinking water to New York City residents.

Dynamic forces like climate change, population growth, and alterations in the way humans use land all place stress on water resources. Temimi says building infrastructure and tools for monitoring the water supply is key to managing those stressors and ensuring a steady supply of water for irrigation and drinking.

“I've always been passionate about water resources,” he explained. “And I've been looking at better ways to manage water and meet the demand for water…We have different things that we came across through our exchange with end-users, especially from NOAA, and one of them was this impact of ice. It's a problem that’s limiting our knowledge of better ways to manage water resources, especially in the tri-state area and other states in the Northeast where ice is present on rivers during winter. So, I said, ‘Okay, we have to find a solution for this.’ And I started to use my background in water resources and satellite image processing to solve the problem.”

For the more than nine million people who rely on the watersheds for drinking water, that’s excellent news.