Moving Quantum Physics from the Lab to Your Desktop 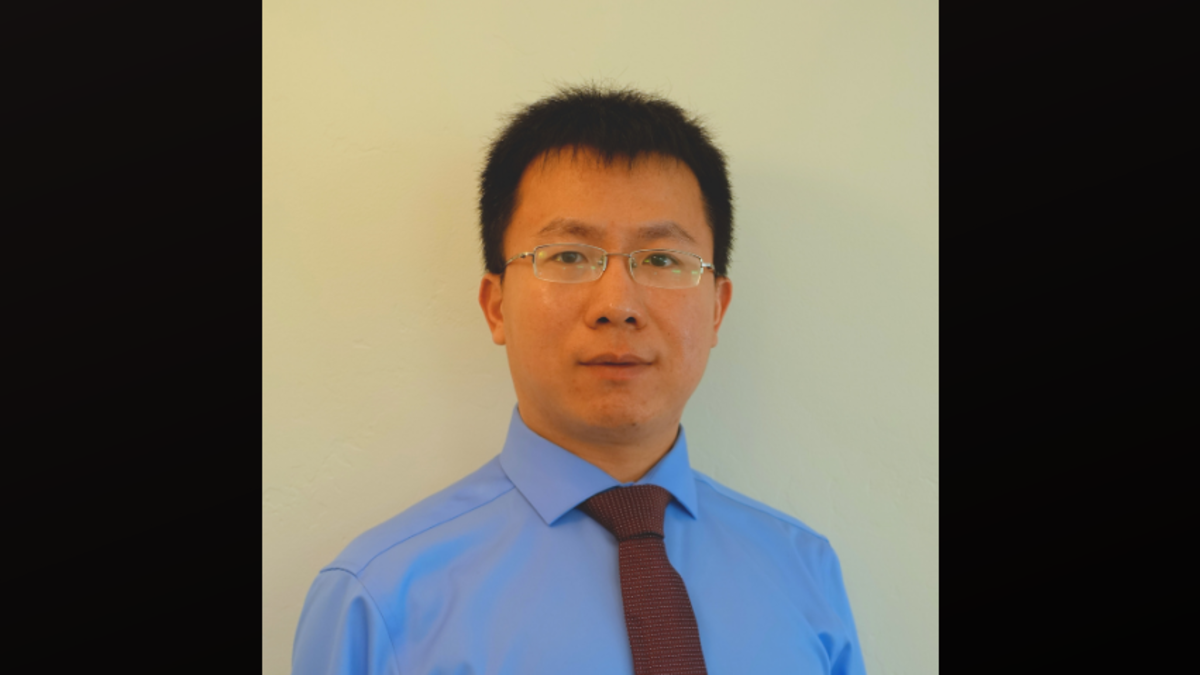 Chunlei Qu is conducting fundamental research in quantum physics that can have practical applications in computing, sensing, and material design

While first studying physics in China, Chunlei Qu gravitated toward Albert Einstein as anexemplary research scientist while learning about his Theory of General Relativity, which is used to explain macro-scale phenomena such as the movement of planets, stars, and black holes.

But as Qu continued with his studies, he became drawn to the very opposite end of the scale: quantum physics, which deals with the movement and other physical properties of the smallest, most infinitesimal objects in the universe: particles like atoms, molecules, and photons.

These days, as an assistant professor in the Department of Physics at Stevens Institute of Technology, Qu is working on a burgeoning subfield in quantum physics: quantum computing and quantum engineering. Specifically, Qu is exploring fundamental quantum effects in different systems that exploit the laws of quantum mechanics. These different effects and systems can potentially be transformed into practical technological applications, such as computers that would easily beat the processing times of today’s supercomputers, communication that is faster and more secure, measuring and sensing tools that are more precise than existing methods, and novel processes to simulate and engineer materials that would be cleaner and more useful than naturally-occurring solid-state materials.

“It’s an exciting field of research that many countries and different companies like IBM and Google are looking to invest in and develop,” said Qu, who is also a member of Stevens’ Center for Quantum Science and Engineering at the Charles V. Schaefer, Jr. School of Engineering and Science. “This field is receiving so much attention because quantum technology has the potential to push beyond classical limits on physically achievable tasks, which will dramatically change our daily lives.”

Qu’s research specifically focuses on quantum computation, precision measurement and quantum sensors, and simulation of complex solid-state materials. These quantum technologies exploit the quirky, eccentric ways particles behave, following the laws of quantum mechanics. These behaviors, otherwise known as quantum phenomena, include quantum superposition (the ability of a quantum particle to be in more than one state simultaneously) and quantum entanglement (when two or more quantum particles become inextricably correlated no matter how far they have been separated).

According to Qu, this research comes in the form of investigations that include experimenting with and studying ultracold atoms and molecules—that is, when these particles are cooled to near absolute zero, and quantum optics—the study of light at submicroscopic levels.

Part of Qu’s research is investigating the promising intersection between topology—the mathematical study of shapes and how they may change under deformation and still retain their essential properties—and quantum computing. Last year, Google announced that they achieved quantum supremacy: Their quantum computer Sycamore was able to solve a complex mathematical problem in just 200 seconds. The world’s most powerful supercomputers would have taken 10,000 years to solve it, said Qu.

But this quantum computer and others like it are very fragile and take up a lot of space, as much as a room or a floor. Quantum computing is delicate because data is encoded within quantum bits, which are prone to outside disturbances. These Quantum bits or qubits can be understood as corollary to the classical computer’s bit. It is thus important to search for quantum systems that are intrinsically immune to disturbance. That’s where topology comes in, said Qu. Using principles and methods from topology can make a more resilient quantum computer because data is instead encoded in “topological” quantum bits. These bits have topological properties that make them able to retain information even if they may be deformed from outside interference. Additionally, they are more robust against noise and impurity.

“It’s conceivable that with more research and advancements in science and engineering, quantum computers can become more powerful and smaller, much like the evolution of today’s computers,” said Qu.

In recent work, Qu has been looking at a highly entangled quantum state called spin squeezed state. In “Spin Squeezing with Short-Range Spin-Exchange Interactions,” Qu’s most recent paper published in the journal Physical Review Letters, Qu investigated how the interaction between quantum particles can be utilized to achieve a large amount of spin squeezing, which significantly suppresses quantum noise and could advance precision measurement and quantum sensing.

“Quantum sensing would be useful for developing better GPS systems, clocks, and in measuring length or other quantities, as well as detecting weak effects like gravitational waves,” said Qu.

Other notable positions he held before coming to Stevens include being a postdoctoral researcher at the BEC Center at the University of Trento in Trento, Italy and a research associate at the JILA, a physical science research institute in the University of Colorado in Boulder.

He assumed his position at Stevens’ Department of Physics in January 2020 and has taught courses on electromagnetism and topological physics, while building his research group.

Though it has been a challenging year because of the pandemic, Qu said he has been heartened by his new colleagues and the interesting research happening at Stevens, especially at the Center for Quantum Science and Engineering.

“It’s a very collaborative atmosphere,” said Qu. “You have many people at Stevens working in different fields, from mechanical engineering to computer science and materials science, and they are all contributing to the exciting field of quantum engineering. Each discipline comes with their own expertise, but we are all talking to each other and working together.”