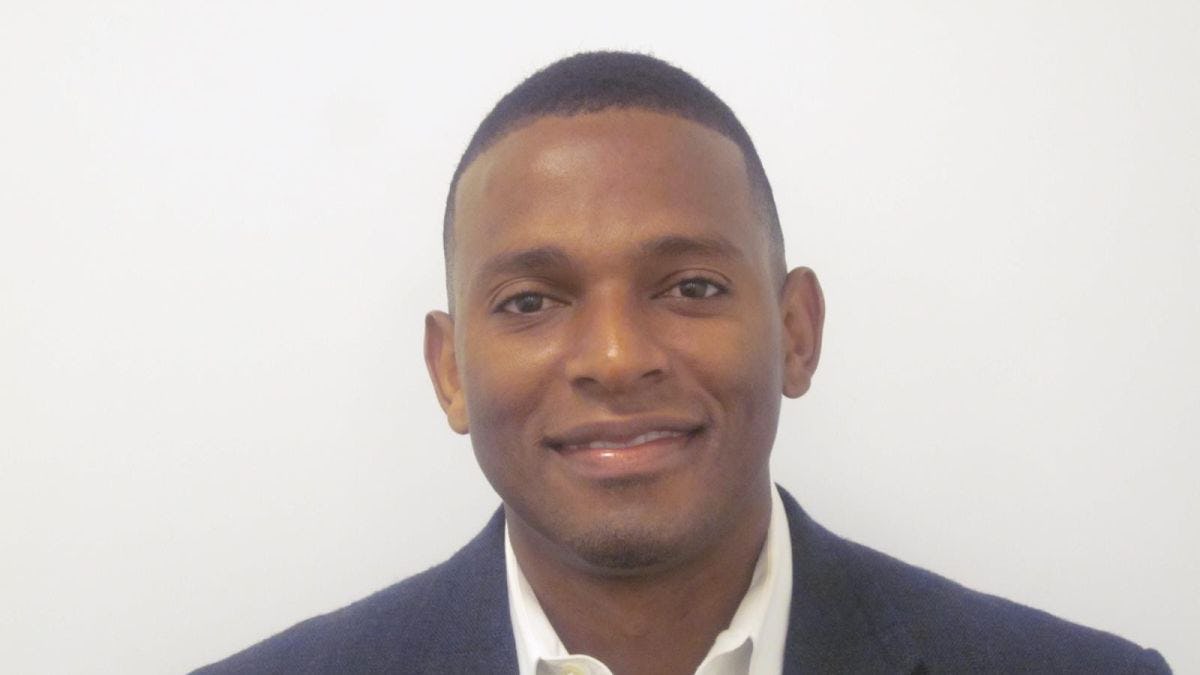 Early in his career Marlon Anguin M.S. ’04 saw the potential that computer science could bring to the telecom industry. Today, he is a driving force behind Verizon’s innovative approach to bringing major league sports to fans worldwide.

“Having a career that combines my love for sports and technology with the opportunities offered by an ever-changing economy is like a dream come true,” says Marlon Anguin M.S. ’04.

As Manager of Technology Product Development for Verizon’s Sports Technology Product Development team, Anguin leads cross-functional teams focused on product and technology tied to sports venues. Their role is to deliver optimal experiences to fans of leagues including the NFL, NBA and NHL. In 2020 and 2021, he led his team to implement the Live Game Guide and the Verizon 5G SuperStadium Product experience at the 2020 and 2021 Super Bowl games respectively.

For Anguin, it’s all about innovation. “5G has so much potential,” he says. “With 5G deployed in sports venues, it allows us to reimagine and deliver enriched products and user experiences.” The Verizon 5GSuperStadium app, for example, provides an immersive experience that streams multiple camera angles of a game, in near real time allowing fans to watch the game, while in venue, from angles of their choice. The app also offers fans to relive highlights of the game with game-stats overlay; it also includes augmented reality features.

“Sports might seem like a shift for a corporation like Verizon,” Anguin explains, “but the company already had such a presence in sports with its in-building network deployments and services. From that perspective it was natural to consider what innovative products we could provide on top of our telecom services.”

Anguin began his career in telecom with Lucent Technologies, Inc. soon after completing his bachelor’s degree in electrical and computer engineering at Rutgers. And that was a fortunate turn of events because the colleagues he met at Lucent led him to Castle Point.

“I knew I wanted to continue my education, and was thinking about becoming a patent attorney,” Anguin says. “I started taking courses in telecom engineering at Columbia University, but I was meeting a lot of Bell Labs people in the Lucent building who were adjuncts at Stevens.”

“At about that time I started thinking more about computer science,” he continues. “I also had a lot of co-workers who were Stevens alumni who were telling me about the university’s great computer science program.”

Today, Anguin credits his Stevens computer science degree with preparing him for what he sees as the future in telecom. “When I was at Lucent, I saw how everything was being computerized, everything was being moved to a data network,” he says. “At Stevens I learned what I needed to know about operating systems, cybersecurity, digital solutions and data structures. I had amazing professors who were also practitioners. I had professors who appeared before Congress to provide expert testimony on technology issues!”

Anguin, who spent five years with the consulting firm BCT Partners before joining Verizon, has taken the concept of lifelong learning to a whole new level. In addition to his bachelor’s degree from Rutgers, coursework at Columbia and master’s from Stevens, he has completed a mini-MBA at Rutgers and a Certificate in Business Analysis at the George Washington University School of Business. And it may well be that he pursues even more higher education. “Stevens’ M.S. in Business Intelligence & Analytics looks very interesting,” he says.

“Education is extremely important,” Anguin says. “A good education teaches you how to learn in an ever-evolving landscape. It is important to work hard and learn, but also to be able to think and adapt. Applying yourself, becoming resilient and working in partnership with others will help you succeed in the real world.”

It is a philosophy that aligns with that of his employer. “Verizon is committed to the needs of its customers and stakeholders, but also considers what it can bring to society at large,” he says. “There is a company-wide emphasis on community service, and on bridging the digital divide.”

“Be your authentic self, but also value diversity,” he adds. “The best ideas come through diversity and inclusion. Look at how you network and partner and how you harness that partnership to create something bigger than yourself.”