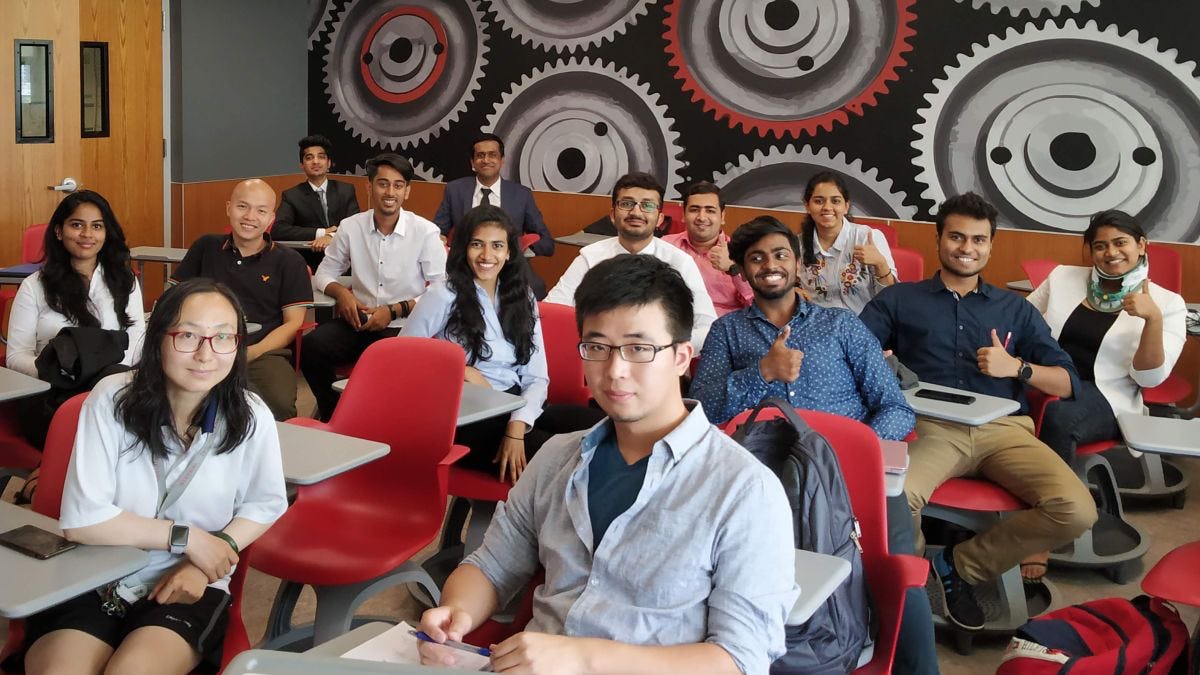 The first ever Stevens Institute for Artificial Intelligence (SIAI) summer immersion program was a success.

The six week program, lasting from mid-June to the end of July, saw 11 international undergraduate students come to Stevens Institute of Technology. Working with SIAI founding director and professor K.P. Subbalakshmi and overseen by program mentors and Ph.D. students Mingxuan Chen, Ton Duong and Zongru (Doris) Shao, the undergraduates were able to learn about SIAI’s nine areas of focus and gain hands-on experience in some of its innovative research projects, including using machine learning to detect early signs of neurological diseases, detecting emotion in audio data and wearable robotics.

"The goal of the SIAI summer immersion program was to expose promising undergraduates to key research in emerging fields," said Subbalakshmi, "We believe artificial intelligence and machine learning will be cornerstones of future technology, and want SIAI to be a leading training ground for them."

The students were on board with that. After getting an overview of the SIAI research areas, they selected projects they wanted to work on and dove right in. They managed every aspect of their projects—meaning, defining their deliverable for the end of the program, organizing and executing tasks for their teams, meeting regularly with their mentors and research teams, presenting their progress every week, and creating a final report and presentation which they delivered in the final week.

One team used existing machine learning techniques that can detect early onset Alzheimer’s disease to test their own data set. They found a set of 2,000 images and decided to gauge the age range of patients, as well as test and distribution methods for the sample size, converting their data from a dynamic set to a static one. The result? They got the same accuracy rate on their data set as the main research team got for theirs. "This was a good starter project for undergraduate students," says Chen, "it taught them how to do research—how to download data, how to pre-process data—and even though the sample size was small, they still got a good result."

Another team used existing machine learning techniques that can identify fake voices to test emotions in audio data. They found a data set with hundreds of spoken words, and modified and optimized existing code to analyze it. They combined two classification models. "Their accuracy was different for each emotion, but their overall accuracy was impressive. "I think it’s good they learned to create and design their own algorithm," says Chen. "That skill will help them a lot in the future."

A third team used machine learning methods to determine facial emotions in photographs. They analyzed stock photo expressions and compared those photos to laptop camera photos, using emojis to train an algorithm for machine learning to recognize five sets of emotions in the faces of both photos. The end result was an app that used their algorithm to identify emotions in photos and mark them with the correct corresponding emoji. "It was a very simple application, but a good project for them," says Chen. "They have a working app. I think they did really well."

The final team worked in assistant professor Damiano Zanotto’s Wearable Robotic Systems Laboratory to 3D print a wearable device that could accurately track arm motion and aid in the creation of rehabilitative robotic devices. "They built it from nothing, which is really good," says Chen. "If they continued the project, they could do more with analyzing the speed or angle of the motion."

Chen and the other mentors were hands-on in their roles as supervisors. They helped the program students every step of the way, from giving them consistent feedback on their presentations to having them submit a proposals for their final report and go through rounds of revisions. They even ended up giving life advice. "We really wanted to help them," says Chen. "Me and the other mentors would imagine what problems the students might have and prepare potential solutions for them at least two weeks in advance. We wanted to find as many ways as possible to help them get the best experience and prepare them for their master’s programs or even their career."

"The SIAI Summer Immersion Program was a unique experience for me," says Duong. "As a project mentor, I had the opportunity to interact, assist and inspire students in a dynamic learning environment. It was great to see the students learn substantially and develop professionally in a short six-week program."

The program students were grateful for all of it. They even hosted dinner for their mentors.

"The food was really good," Chen laughs. "They were good chefs. And I think the students really appreciated us."

SIAI is hoping to build on the success of this program next year. They’re slated to begin enrollment next month--and, ultimately, build a pipeline of successful students adding to Stevens’ expertise in artificial intelligence and machine learning. "One student who attended the program is coming to Stevens for graduate school this year," says Chen.

"I hope we get more in the future." 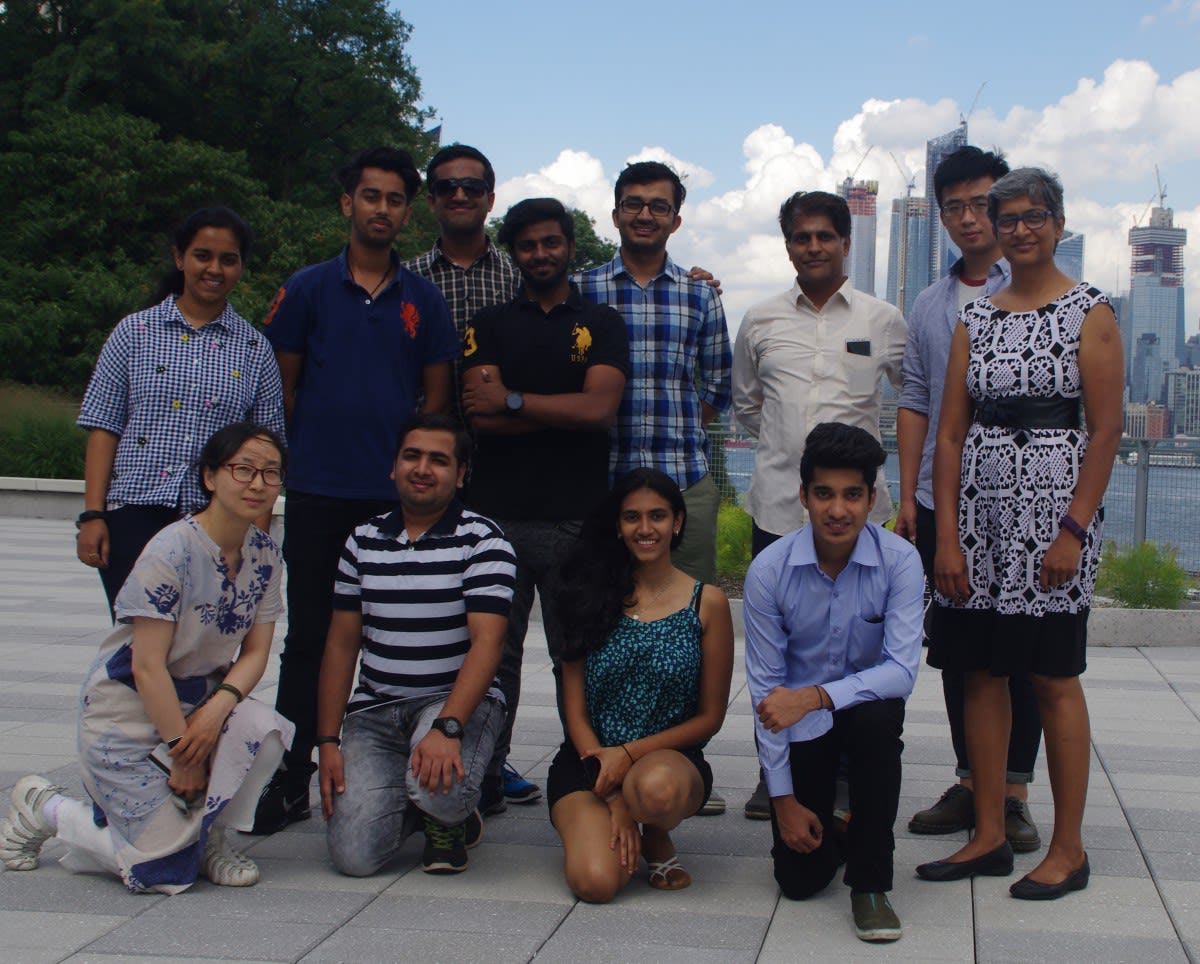