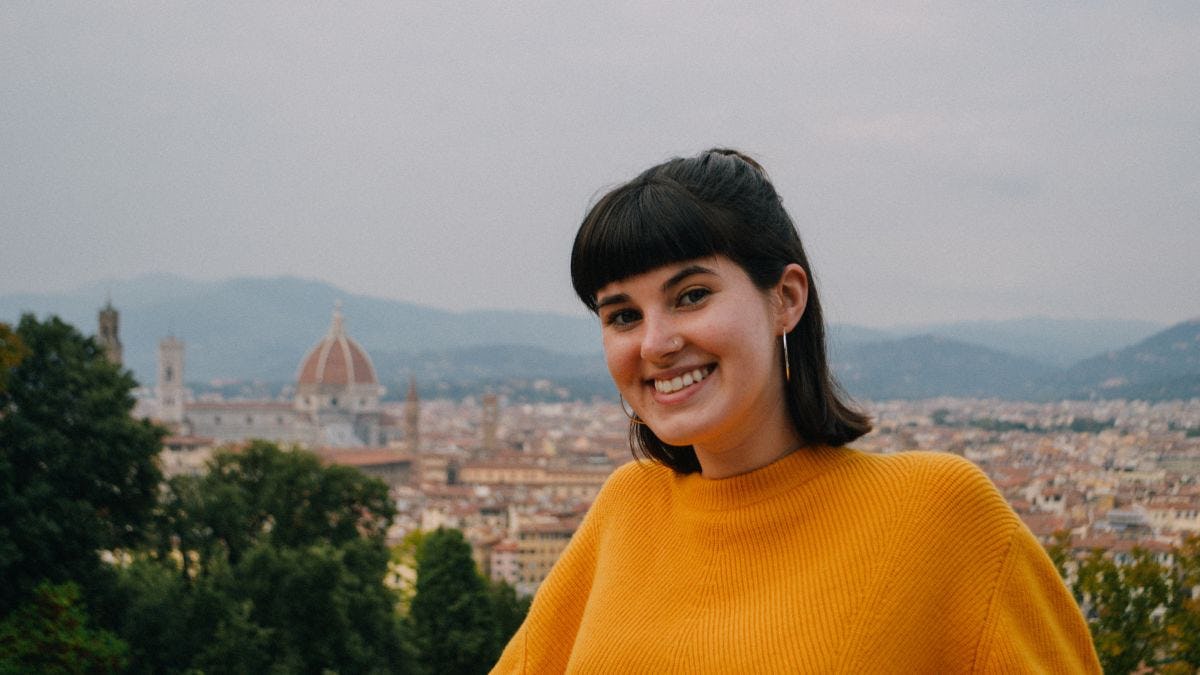 Kelly McGowan in Florence during her study abroad in fall 2017

When Stevens senior Kelly McGowan, a visual arts and technology major, began her internship at IBM in New York City last summer, she had butterflies in her stomach, she said.

“I went into it feeling nervous because it was my first real work experience. Also, I never saw myself at a big, global company like IBM.”

She quickly overcame her nervousness, however, and thrived as part of a team with IBM’s CIO, responsible for designing the digital tools for IBM employees around the world such as apps and websites.

She impressed supervisors with her web design work, so much so that they extended her internship into the fall – and later offered her a full-time position as a visual designer after graduation.

She said IBM’s culture of learning dispelled her preconceived notions about “corporate America.” The relatively small design team she worked with – comprising roughly 30 people – provided the feel of the boutique design firm she always imagined herself working in.

“I was struck by how passionate everyone was about what they were doing. And it became very apparent that they weren’t going to shame me for what I didn’t know. The environment there makes it very easy to learn new skills.”

When she assumes her full-time position at IBM after graduation this May, McGowan says her scope of work will vary from digital to print projects, and will involve designing websites and apps, office posters, stationary for the different domains of CIO, and maybe even animation and video editing. 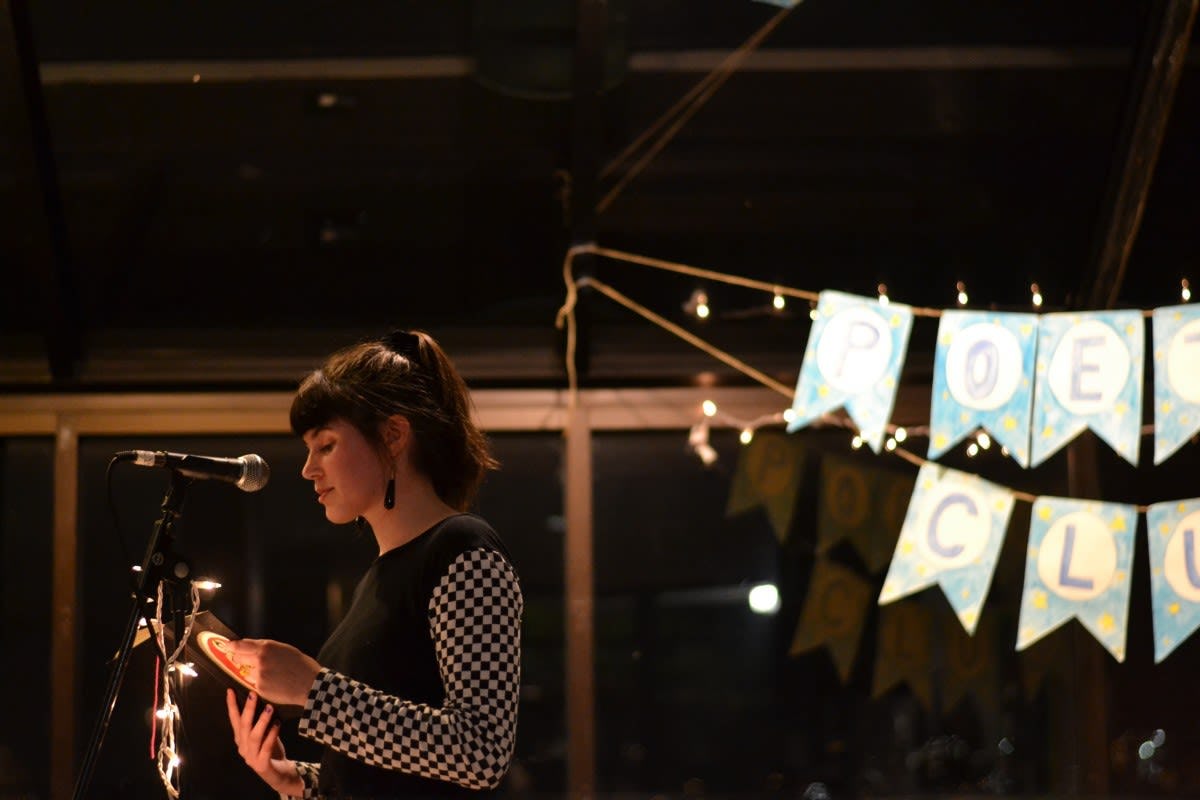 When McGowan began the visual arts and technology program, she had a limited idea of what the curriculum encompassed, she admits.

“Coming in I thought the program was going to be mainly about graphic design. But it’s so much broader than that. VA&T extends to a lot of different kinds of technology that you can merge with art. So there’s data visualization, web design, game design, graphic design, programming with design, and video animation. But there is a fine art aspect, as well, like art history, photography and drawing."

As an example of how far her artistic canvas has stretched since her first year, McGowan is currently taking a computing class for making interactive installations, using Arduino, LEDs, sensors and more.

Another example: a class in which she created art using sound.

“It was cool because I have no background in music. That class made me wish I did a minor in music and technology, which is such a strong program here at Stevens.”

The intimate nature of classes, she says, helped produce an environment that encouraged creative freedom and close interaction with faculty.

“Professors want to help you learn and encourage you if you want to step outside of the box and do something different.”

“I made a lot of really good friends through that and it’s been a big support system that has kept me grounded throughout my time here,” she said.

Her lasting contribution to Stevens, she hopes, is a poetry club she helped form on campus in her sophomore year.

“I hope it stays around for a long time because it’s needed. It’s important for students to be able to step away from their studies from time to time and do something creative. Our secretary is a mechanical engineer, and we’ve had a lot of freshmen join who are physics, engineering and business majors.” 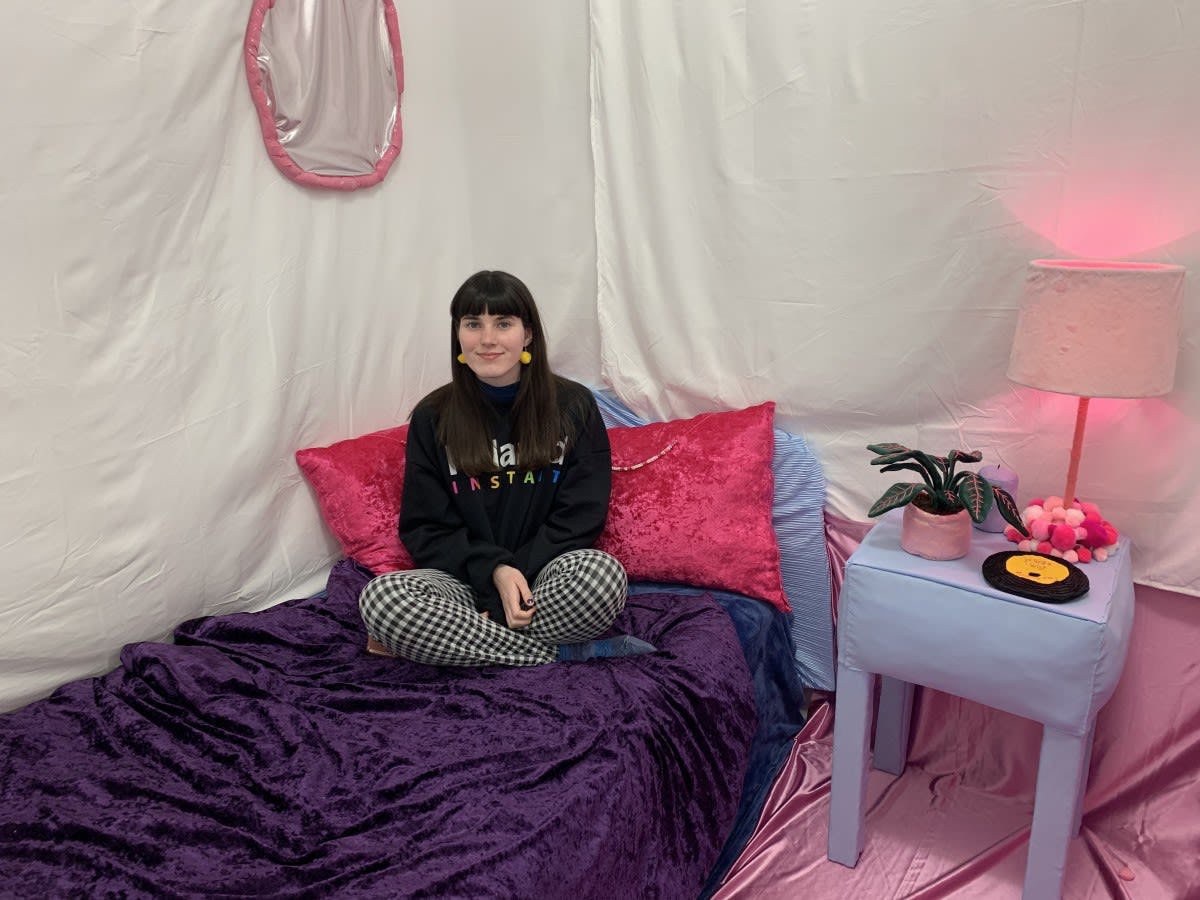 Kelly McGowan seated inside her art installation, a bedroom covered in fabric

In her free time, she likes to visit museums like the Whitney Museum of American Art and the New Museum of Contemporary Art, both a short PATH train ride from campus.

McGowan’s love of contemporary art and ease with all things technology runs parallel with her interest in more traditional forms of art and crafts.

McGowan is passionate about photography — not the Instagram variety, but old-school film.

“I started getting into film photography in high school. I enjoy the whole process of taking pictures and getting them developed, and love the quality of film.”

Additionally, she learned how to skillfully operate a sewing machine during her study abroad term in the Italian Renaissance city of Florence in fall 2017. With the help of the Office of International Programs at Stevens, she located a program at the Florence University of the Arts where she could take art classes, such as apparel design.

“The FUA has a fashion school that has its own clothing store in Florence. We would make dresses in a classroom set up in the back of the store, and they would later be put up for sale in the store.”

Learning how to sew, she says, helped immensely with her senior capstone project – an installation of a bedroom made almost entirely of fabric.

“All the objects are made out of or covered in fabric and embroidered with poetry. The point of the installation is about how your room is a place to escape to from all the chaos that goes on in the world, and where you’re free to be vulnerable and express your emotions.”

McGowan’s installation will be on display at Mana Contemporary, a gallery in Jersey City, in late April.