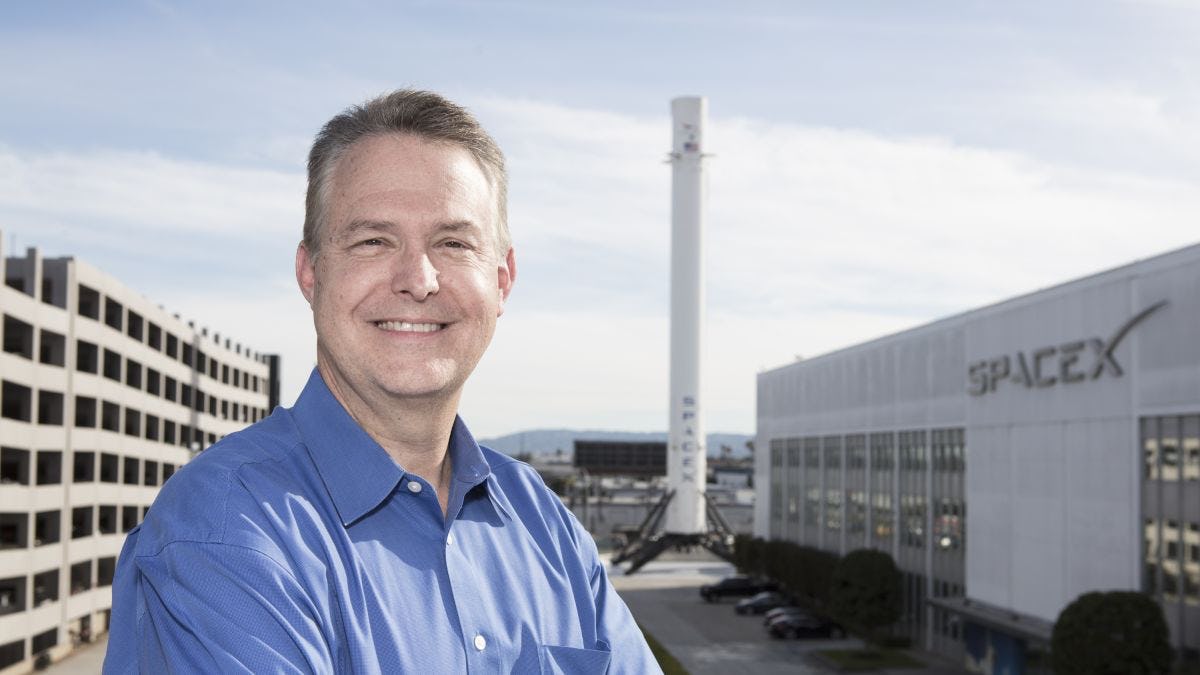 Stevens alumnus Ken Venner '84, CIO of SpaceX, is a key member of Musk's team as it blazes new trails in the upper atmosphere — and beyond

It seems SpaceX is everywhere in the news these days.

Founder Elon Musk has brushed aside the naysayers at every stage for 15 years, to the point where fewer and fewer pundits doubt his vision to colonize other planets.

The California-based company has repeatedly demonstrated that its reusable rockets work, landing and recovering more than a dozen rockets via both the land and sea during the last two-plus years. SpaceX supplies the International Space Station (ISS) with drops of food and equipment from an unmanned craft, part of a long-term contract with the space station. In February, its Falcon Heavy rocket sent a one-ton, cherry-red Tesla Roadster electric car hurtling past Mars on a long ride to the Sun's orbit.

The company has also made recent satellite launches for Echostar; Spanish and Korean communications firms; and NASA and the U.S. Government, among other clients, as well as deploying small experimental satellites to test a new global internet broadband concept. All while continuing to ramp up to its signature mission: a crewed trip to Mars within as little as six years, using a giant rocket designed to carry as many as 100 passengers on the trip.

Though he doesn’t attract the same public eye Musk does, one of the key leaders in SpaceX's incredible run turns out to be a Stevens graduate: Ken Venner '84, the company's chief information officer (CIO) and soon-to-be recipient of a Stevens Distinguished Alumni Award.

Venner didn't start out with the idea of conquering space.

Growing up in Vermont and Florida, he learned engineering by watching his dad, Ed Venner '56 (currently the longtime CEO of a Florida injection-molding firm) and working summer jobs in construction and as a mechanic.

"I was thinking about pursuing engineering when I was a kid," chuckles Venner. "I certainly didn't think I'd be helping plan launches and vehicles that might one day colonize Mars. That was not in the plan."

He completed a Stevens degree in mechanical engineering, taking time to also learn about computers well before they had moved into the mainstream. During his time on Castle Point, he also met a key mentor who would profoundly influence his future career path: professor Dick Magee '63 M.S. ’64 Sc.D. ’68. 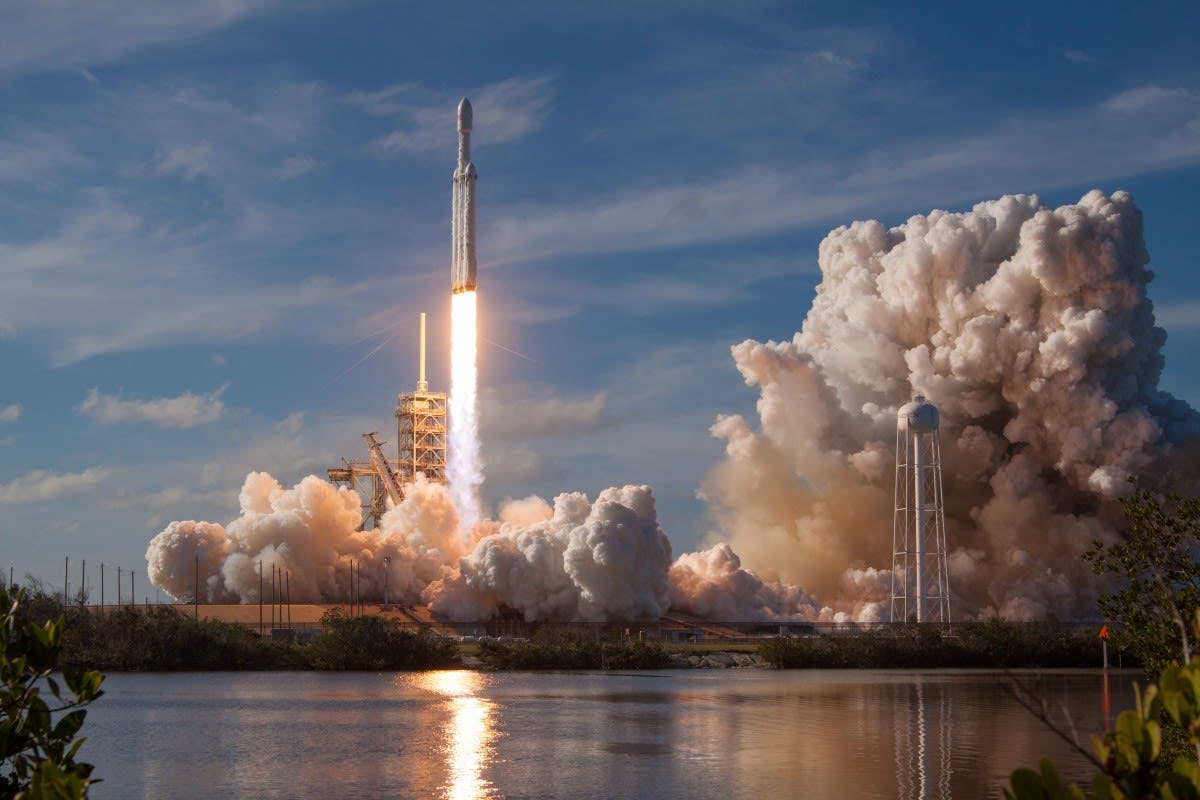 The Falcon Heavy blasts off from Cape Canaveral in Florida in February 2018 (Credit: SpaceX)

"He was one of the best teachers I ever had, and I think it's safe to say I would not be here today if it had not been for Dick," Venner acknowledges.  "I think the world of him. He helped me decide to get a master's, rather than going to work right away; he taught me a lot about the engineering mindset; he was a true supporter of who I was, what I was doing, and where I was going."

Then a chance tour of SpaceX's research and development facility with a former colleague wowed him, enticing Venner to make the leap to rocket-building and space exploration in 2012.

From an office in the company's sprawling Los Angeles-area headquarters campus, he has since watched SpaceX quadruple its workforce and boost its tally of successful launches from eight to 50 and counting. As CIO, Venner says he manages or interfaces with team members tackling everything from human resources to finance to business processes and supply chains — all while also overseeing a host of key technical projects involving software, communications, security and other areas.

"The big challenges include designing the vehicle, designing the launch facility, communications with the vehicle, preparation for performing launches, and launch-landing technology," he says. "Those are some that we're immediately focused on."

Properly planning and deploying automation, he finds, is an increasingly large part of his role. 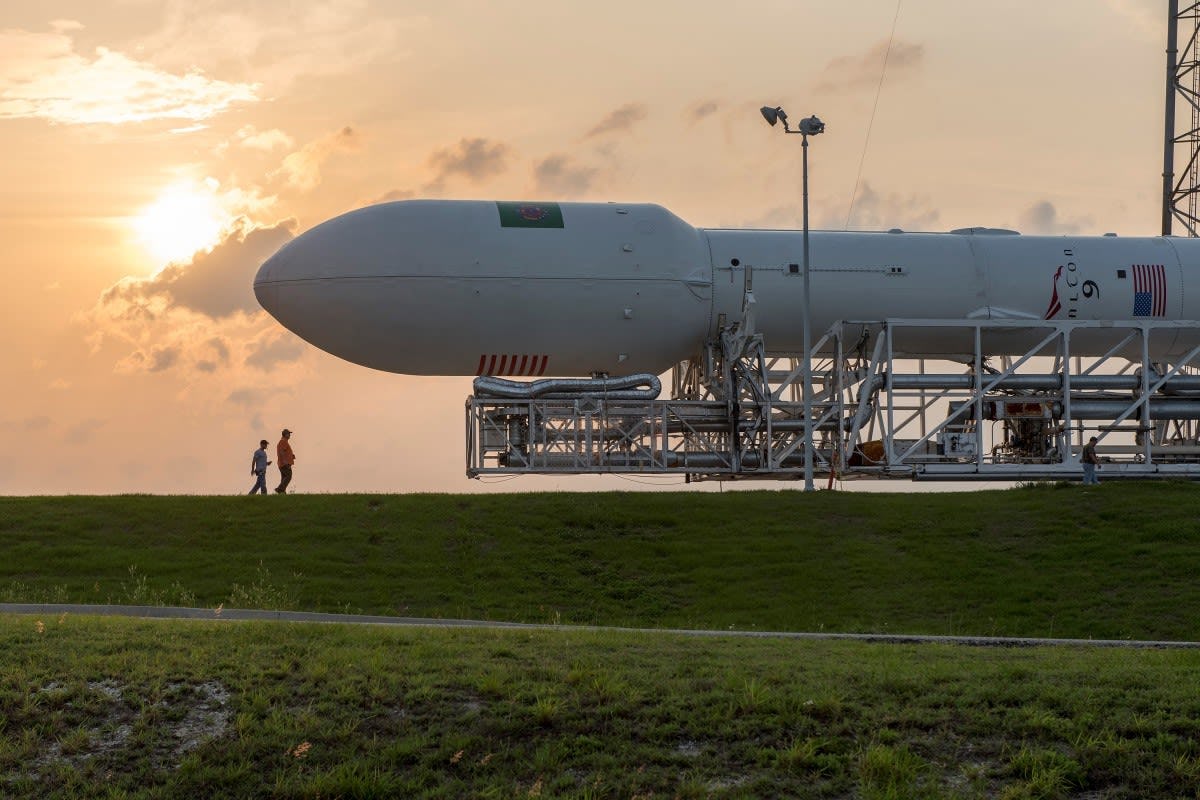 The Falcon 9, moving to the launchpad in 2015 in preparation for a satellite-deployment launch (Credit: SpaceX)

"Processes have become so much more automated," he points out. "Sometimes, in manufacturing, you want intelligent software to keep humans as much out of the loop as possible. That's why we engage and work closely with business owners to understand process changes and system automation that will continue to support rapid activities and high capabilities."

Indeed, one sign of the rapid strides forward SpaceX has made in just a few short years is the growing reliability of its operations as the firm continues developing its uniquely reusable rockets.

"When I arrived here, we were launching once a year and it was a huge event," recalls Venner. "Now we're getting closer to the point where it's like a 747 taking off from LAX — not that routine, yet, but getting closer every day. We'll be getting to a pace where we are launching every week or every other week. It's remarkable."

A special honor from Stevens

Ever-busy as SpaceX launches more and more frequently and with larger and larger payloads, Venner will travel to New York and the Plaza Hotel in April for the Stevens Awards Gala, where he will be honored with a Stevens Distinguished Alumni Award for Engineering.

"I am quite honored by this," he says. "It really means something to me to be recognized by Stevens, and I don't take it lightly. I have to thank Stevens for doing this."

A big fan of the California climate and almost everything about the West Coast lifestyle (except his 90-minute daily commute), Venner says he's glad to have found what he believes is a uniquely effective corporate structure at SpaceX.

He expects to stay on board awhile longer.

"You never know, but my game plan is to remain here five to ten more years, probably," he says. "I still love what I do every day. I love the mission, I love the culture, I love this organization. It is an absolute meritocracy, not a bureaucracy: an engineering-driven place, where the best ideas win. It's what you see in the very best companies. And that sort of culture begins with the founder, who is the smartest person I've ever worked with.

"We hire the best and brightest, set the tone, and then set them free."

And SpaceX's rapid growth since 2012 hasn't slowed his effectiveness, nor the company's, at all.

"My big fear," Venner confesses, "was that, as we scaled up from 1,200 or 1,400 employees to more than 5,200, you might lose the unique culture here. But we haven't lost it. It's still the biggest little startup I've ever been part of. Having been around the block a few times, I'm now teaching younger employees in this organization that what we have here is special."

"This work environment is not to be found in other places, and they should be sure to enjoy it while they're here."