His Quest to Diagnose COVID-19 and Contain Future Pandemics 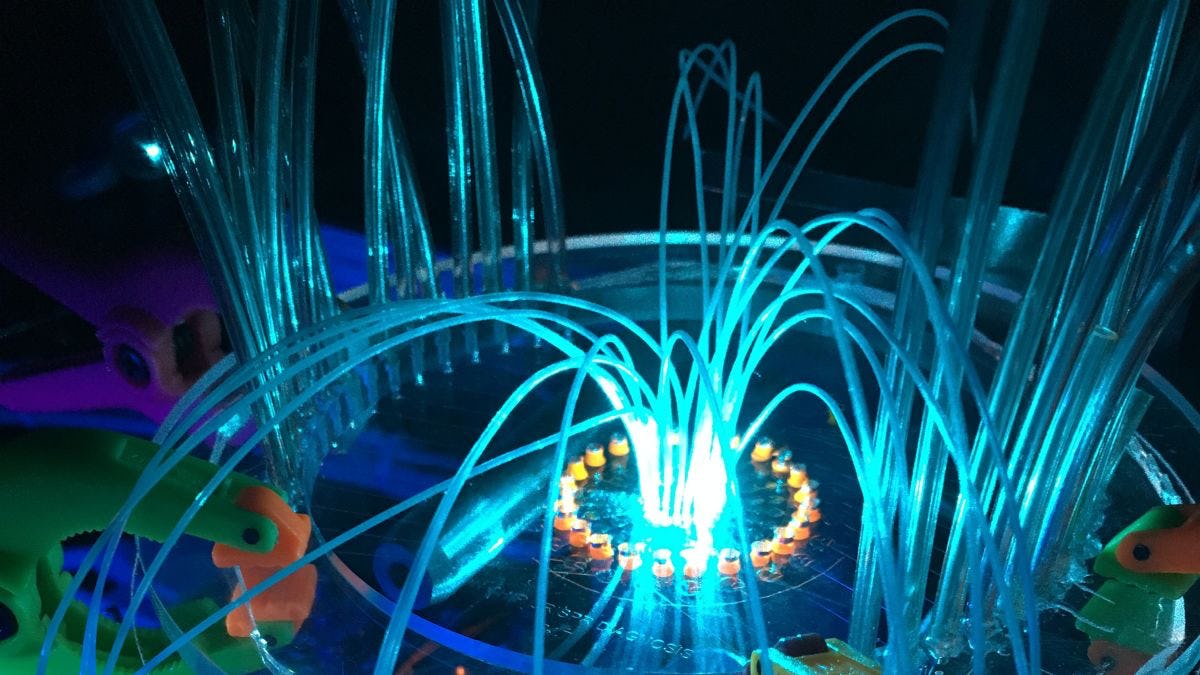 This prototype point-of-care system for coronavirus detection has been developed by Ke Du Ph.D. ’15 and his research collaborators, using automatic microfluidic processing and laser-based fluorescence sensing.

Alumnus and research team have developed “lab-on-a-chip” devices to test for Ebola, Zika and coronaviruses

Before the world confronted a new and deadly virus, Ke Du Ph.D. ’15 was working to combat other infectious diseases that have taken a tragic toll in some corners of the globe: Zika and, most devastating, Ebola, which has an average case fatality rate of about 50 percent. 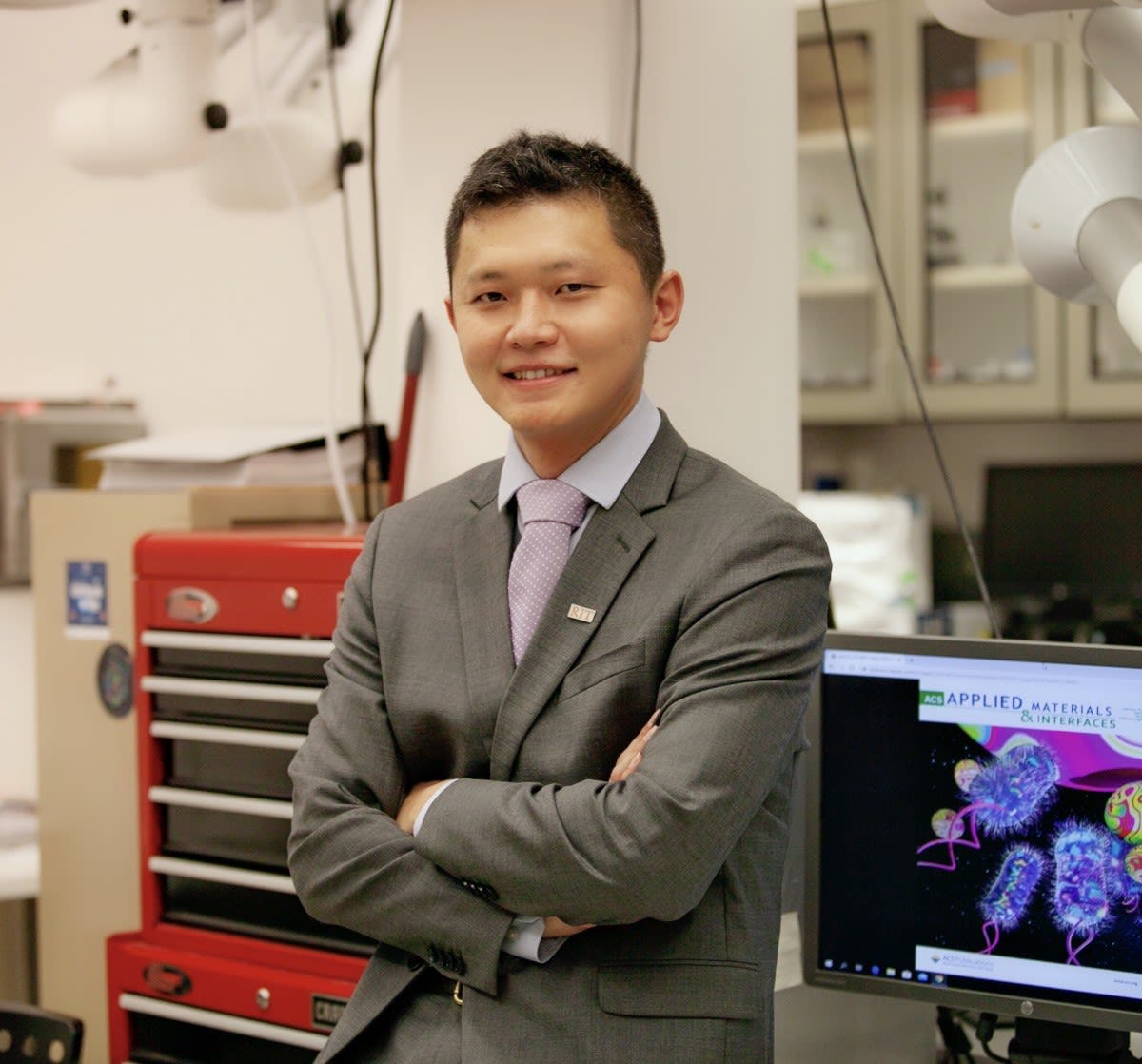 As COVID-19  has spread to every continent except Antarctica, Du, an assistant professor of mechanical engineering and microsystems engineering at Rochester Institute of Technology (RIT), finds an even greater urgency in his work to develop a device that can quickly and affordably detect infectious diseases, and help to diagnose and contain not only this pandemic but also future pandemics.

“Without effective vaccine and treatment, a rapid and reliable diagnostic tool is the most efficient way to contain pandemics,” he says.

His goal is personal, too, as Du, his family and people around the world long for a return to  safety and normalcy.

“We are trying to make people live in an environment where they don’t fear,” he says.

Du heads RIT’s Nanobiosensing, Nanomanufacturing and Nanomaterials (3N) Lab and is an expert in micro- and nanomanufacturing, nanomaterials and biosensing. Along with his RIT students and colleagues, he has been working with an international team from academia and industry for the past several years on several diagnostic devices for infectious diseases. His partners have included colleagues at the University of California, Berkeley; Tsinghua-Berkeley Shenzhen Institute in China; Dong-A University in Korea; Texas Biomedical Research Institute in San Antonio; and Boston University, among others. His work has focused on building small, microfluidic devices — a “lab on a chip”— to detect Ebola, Zika and coronaviruses.

As research has ramped up to deliver a simple device to test for COVID-19, Du and his team have developed a prototype — a microfluidic device full of tiny chambers and valves that is about the size of an iPad. The device tests patient blood samples using a highly sensitive fluorescence sensing unit that is embedded into the device, as CRISPR gene-editing technology helps to identify RNA of the coronavirus, including the SARS-CoV-2 virus, which causes COVID-19, and other RNA-based pathogens. If the device’s channels change color, this indicates the presence of a coronavirus.

Results are available in 25-30 minutes, during  prototype testing. As of mid-July, Du and his team were working on improvements to the device, and he anticipates sharing the device with Texas Biomedical Research Institute in the near future, with the goal of testing patients.

Du expresses much optimism for the device’s future potential. Currently, PCR testing for COVID-19 — genetic testing that he calls the “gold standard” of testing — takes several days for results and is not easy for everyday people to administer. He envisions his team’s rapid test device being low-cost and so user friendly that, in the future, it could be used in airports to test travelers, in hospitals and by families at home.

One driving goal will be to make the device affordable and available to developing countries.

“Our vision is to make it available in poorer countries and ensure that people don’t need to wait hours in line to be tested,” he says.

Despite news that several promising vaccines against COVID-19 could be available by early 2021, Du says there are questions about their widespread global availability.

He notes that it has taken some 40 years to develop a vaccine against Ebola — the Ebola virus was discovered in 1976 — and infectious diseases of the future could certainly follow a similar path. So testing, along with contact tracing, is essential in the fight against worldwide infectious diseases, he says.

“The only way to control pandemics is to identify all patients and isolate them so they don’t further infect other people,” he says.

At Stevens, he found supportive colleagues like his Ph.D. adviser Chang-Hwan Choi — indeed, an entire community — and he praises the school’s collegiality. He has carried this feeling of community to his own lab at RIT, where students and colleagues share meals and celebrate each other’s achievements, while sharing a great sense of purpose.

Du says that, during his time at Stevens, he also gained much knowledge and hands-on experience in developing micro-devices — expertise that he has carried into his current work.

“Stevens gave me not only very good interactions but also collaborations with national laboratories.

“We were doing cutting-edge research. Stevens is a tremendous place.”

In 2015, Du was fresh out of Stevens and searching for meaningful work. Then, he got an offer he couldn’t resist.

Ebola was ravaging West Africa, and professor Richard Mathies at the University of California, Berkeley, was seeking post-doctoral researchers who wanted to build simple, diagnostic tools to detect the deadly disease and help contain outbreaks.

“We’re doing something that will benefit the whole world,” Mathies told him. Du saw that his research could help further this mission.

“This really motivated me,” he says.

Du and an international, multi-disciplinary team went on to develop a device prototype that uses CRISPR gene-editing technology to detect Ebola RNA in patient blood samples — a device similar to what Du later helped develop to detect coronaviruses like COVID-19. The device is now under development.

Du is also driven in his life’s work by personal experience. He remembers the 2002-2004 SARS outbreak in China and knew people who lost family members and friends to this and other infectious diseases.

A father of two young children, he watched them miss a carefree summer that, a year ago, so many took for granted. People of the world see their physical and mental health, and their economic well-being, in great peril.

“The pandemic is causing so much damage to all of us,” he says.

Du’s hope is that diagnostic devices like his will help not only to diagnose patients and assist  in the fight to prevent outbreaks, but also to identify patterns in the disease and even provide information to aid in vaccine development. In the next five years, he envisions devices that can detect infectious disease — and treat it — by placing the device directly into the human body. He and his colleagues want to help make that happen.

“Is there any way to use engineering tools to treat it?” Du asks. “A tremendous group of students and post-docs are helping me achieve that goal.”