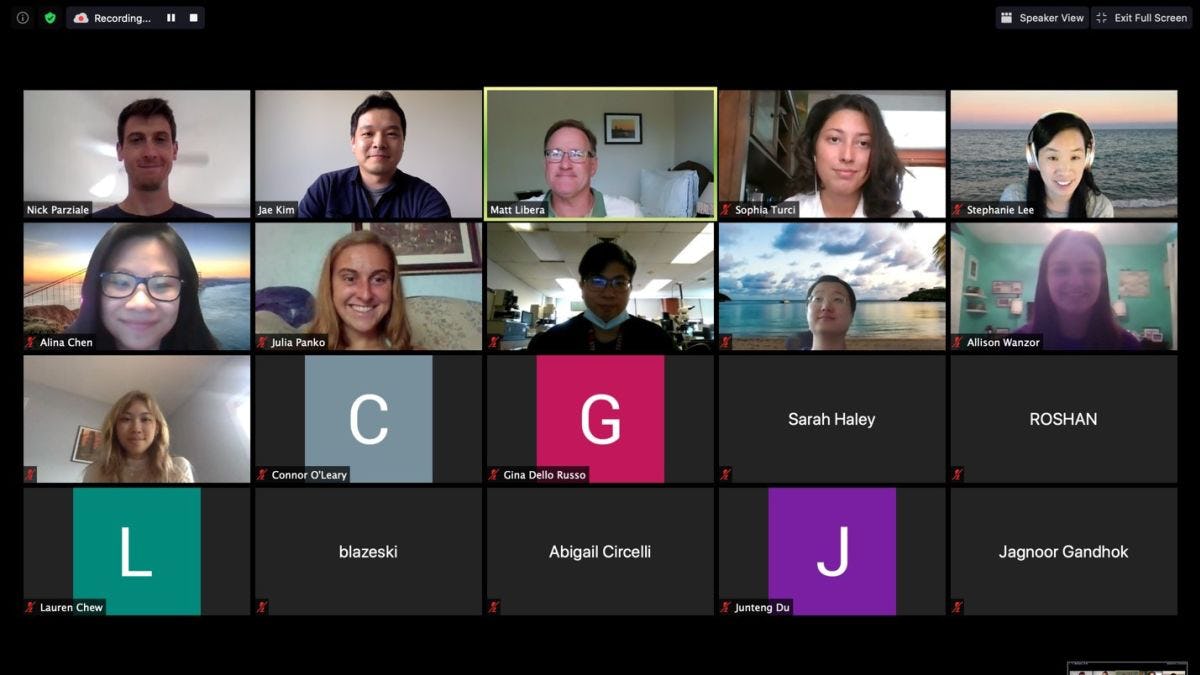 Participants touch base on the last day of the PSEG–Stevens Energy Innovation Webinar Series.

In one initiative, Kim led a group of Stevens Institute of Technology students on a summer research project focused on improving lithium-ion batteries' energy density. The research offered students a glimpse into the future of battery technology.

“It’s exciting to think about how this research area is the backbone of future technologies,” said Lauren Chew '22, a chemical engineering student at Stevens who participated in the summer student research project.

The other effort, the PSEG–Stevens Energy Innovation Webinar Series, provided insights on clean, renewable energy research and advancement. Eight faculty members from the various schools at Stevens participated in the series.

This webinar series extended the dialogue that occurs as part of the Stevens Energy Initiative, a campus-wide effort focused on creating open access to clean, renewable sources of energy. “From a research perspective, we find that all our research can make a bigger impact together as a team,” said Kim, who facilitated the online event.

The initiatives demonstrated how the innovation of current technologies could further power a more sustainable future. 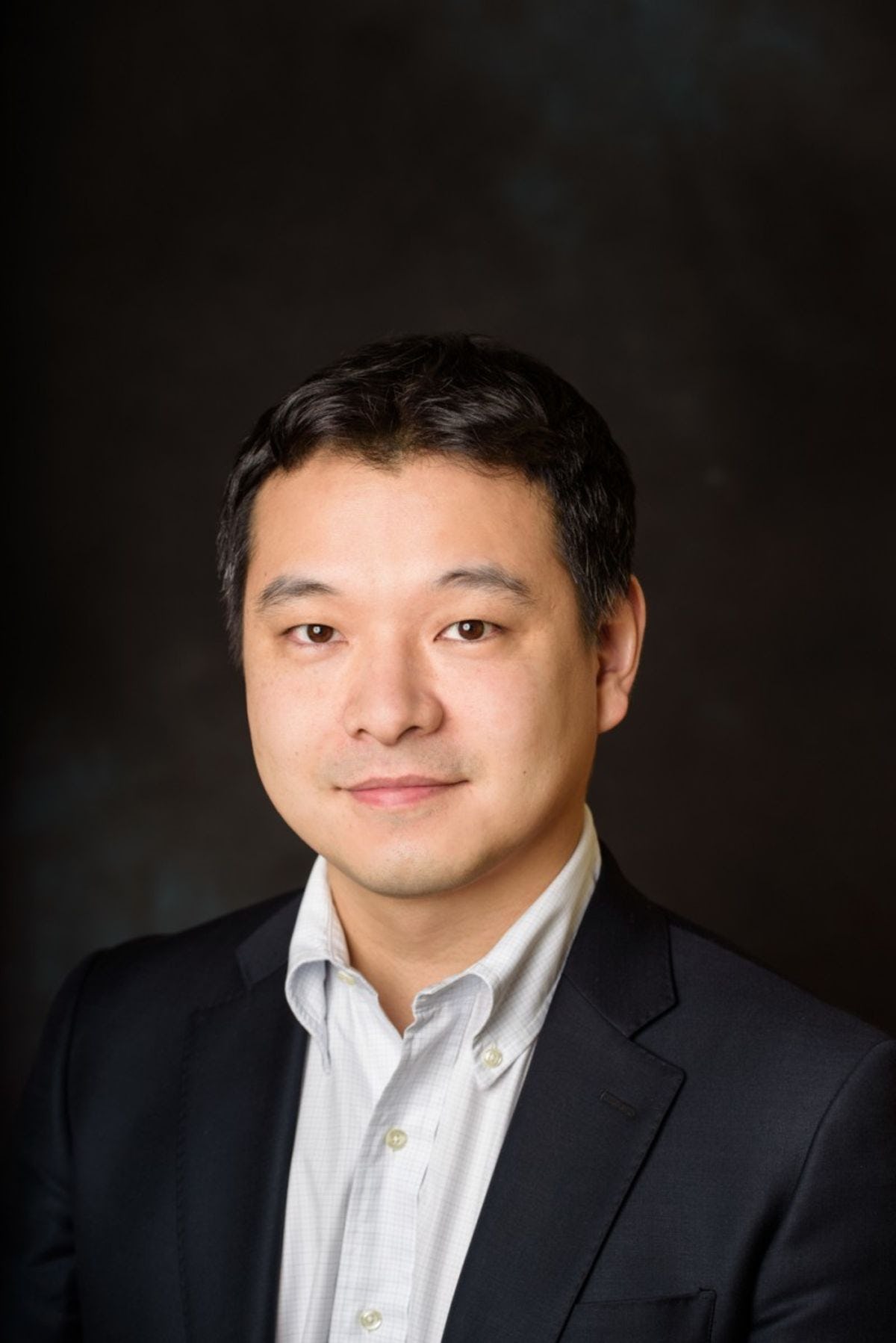 The collaborative sessions included time for questions and open discussions on the research taking place throughout the Stevens community. Webinar attendance ranged from 25 to 35 people in each session, including students.

“The webinar served as a general introduction and motivator about energy and sustainability for students who participated in energy-harvesting and storage research projects over the summer,” said Kim.

Participants in the webinar series received insights into the types of technology that could play a pivotal role in a more sustainable future. One such technology is the lithium-ion battery.

With the rapid rise of new technologies, there is a high demand for higher energy density batteries. Innovation in this area can improve current lithium-ion battery technology that powers many of today’s portable devices, machines, and technology. According to Kim, who is a battery scientist and electrochemical engineer, it can even create opportunities for the realization of electric powered jets. Lithium-ion (Li-ion) batteries have become the preferred power source for portable electronics because of their performance and storage characteristics, long cycle life, and low maintenance needs. Even so, current batteries have limits in packing in energy into a small volume. For example, if batteries were to carry a larger amount of energy per volume, the Tesla Model 3 would require a smaller battery cargo underneath the chassis, explained Kim. For this reason, scientists and engineers all around the world have been working hard to improve the energy density of batteries.

Lithium-ion batteries are not cheap, although the price keeps going down. For example, the 50-kWh battery that powers a Tesla Model 3 still makes up about 25% of the total car price, according to a recent Quartz article. Batteries with increased energy density could, in theory, lower the cost of electric vehicles, as well as other technologies, or leave room for the addition of advanced features. The challenge is that current lithium-ion batteries that power many of today’s portable devices and machines are already nearly fully optimized.

“There is not much we can do because the technology is almost at its maximum level, but we still need a better, higher-density battery to power a wide range of future technologies,” said Kim.

How to improve something that is already optimized

Components in a lithium-ion battery–positive electrodes, negative electrodes, a separator, and electrolytes–are all almost fully optimized, explained Kim. Still, the keyword is “almost.”

There are opportunities to improve the energy density of lithium-ion batteries. Kim’s research looks at developing models for increasing density: for example, by optimizing the anode. The anode paired with the cathode is a component that stores energy in a lithium-ion battery. The material used for anodes is graphite, a layered carbon-based structure, which can also be found in pencils. But like all the other components in a lithium-ion battery, the anode is nearly optimized.

Working together remotely on a summer student research project, Kim and his students researched the use of integrative materials that could replace the graphite anode and improve energy density in lithium-ion batteries.

“It was a learning curve, but in the best way possible,” said Chew, who participated in online sessions with Professor Kim throughout the summer. “Because of the pandemic, we changed our original plans and made this project completely remote.”

Chew explained that using the simulation software COMSOL Multiphysics took some time and trial and error. Still, in the end, they were successful in getting the project off the ground.

One material showing promise is lithium metal that can theoretically store ten times more energy per weight than graphite. However, there is a significant problem with this material. Lithium-ion becomes lithium metal in the anode during battery charging, but this process is largely uncontrollable, unlike the case where lithium ions stably sit in between layers of graphite in current lithium-ion batteries. “Researchers have looked at lithium metal for decades, but they encounter a persistent problem,” said Kim. He explained that the interaction of lithium-ion deposits on top of the lithium metal eventually creates a problem that results in uneven growth patterns on the surface of the lithium metal. This growth is known as dendrite: a lithium deposit that builds up, leading to battery cell failure by internal short-circuiting.

“Dendrite looks like tree-like fractal structures that grow on the surface of the lithium metal,” said Kim. “If you see dendrite, that’s a bad sign and a safety hazard.” 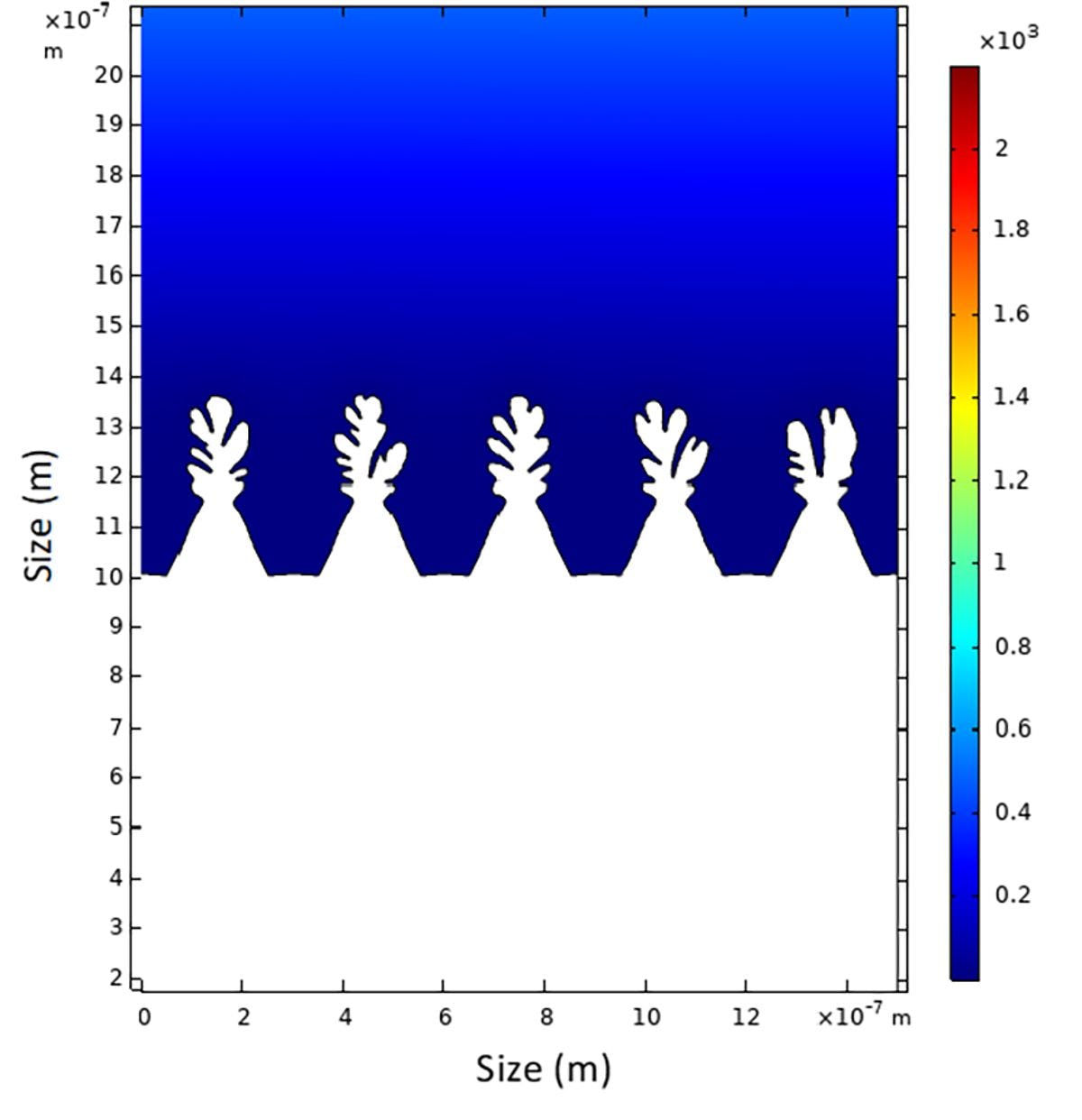 The research aims to control this dendrite growth by changing the surface structure on which lithium-ion will deposit, which can help advance the performance and energy density of lithium-ion batteries.

“The research involved trying to suppress dendrites and experiment with different possibilities for batteries, such as different substrate textures, to build the most long-lasting, efficient battery possible,” said Chew. She explained that the research is important for making batteries more sustainable.

“Personally, I think it’s important to strive to make aspects of our lives more sustainable, including our use of batteries and energy,” said Chew.