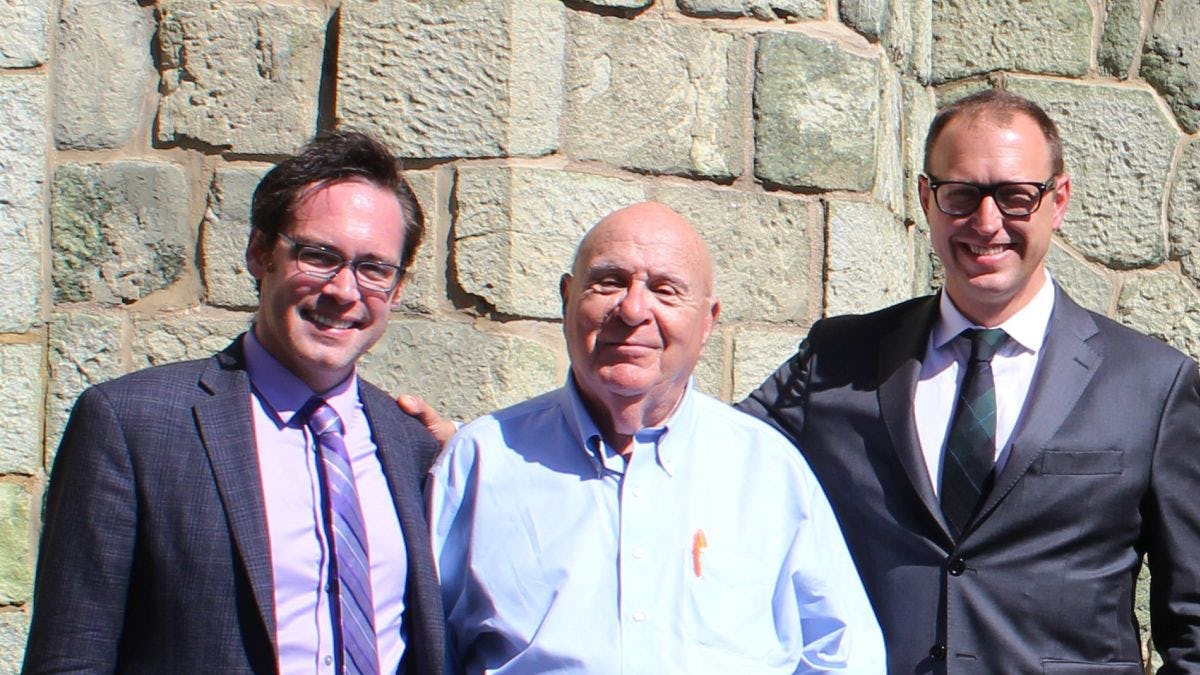 Kelland Thomas, dean of the College of Arts and Letters, has inaugurated the David and GG Farber Faculty Fellowship, naming its first recipient Dr. Alex Wellerstein, assistant professor of science and technology studies.

Established by Stevens Trustee Emeritus Dr. Dave Farber ’56 M.S. '61 Hon. D.Eng. ’99 and his late wife, Gloria (GG), the fellowship will recognize and support faculty in the College of Arts and Letters who study and raise public awareness about the social impacts of scientific and technological development.

Farber, renowned as the “Grandfather of the Internet”, is a computer science and information systems visionary who helped build the early internet by his efforts in CSNet and the NSFNET and lead the effort to create the world’s first operational distributed computer system. In 2013, he was inducted into the Internet Hall of Fame, and in recent years has established a prestigious faculty chair to enhance leading-edge research in the Stevens’ department of computer science.

“I established the fellowship to emphasize the importance of the public policy in the critical areas of both nuclear and cyber weapons,” said Farber. “A failure to understand them can lead to world damaging results. Alex can and will provide leadership and public understanding.”

Wellerstein, the first recipient of the fellowship, is a historian of nuclear weapons and an assistant professor in the science and technology studies program in CAL. He is Principal Investigator on a $500,000 grant funded by the Carnegie Corporation and MacArthur Foundation, focused on the issue of nuclear terrorism and reinventing civil defense.

Dr. Wellerstein received his Ph.D. from the department of the history of science at Harvard University in 2010. He has been a postdoctoral researcher at the Belfer Center for Science and International Affairs at the Harvard Kennedy School of Government, and also at the American Institute of Physics. In addition to his expertise as a scholar of nuclear history, he actively engages the public to increase awareness and understanding of nuclear weapons through interactive web-based applications. His NUKEMAP nuclear weapons simulator, for example, has been used by over 20 million people globally.

“I'm extremely honored to be chosen for the fellowship,” said Wellerstein. “I'm excited about the encouragement and vote of confidence this represents. This will help me with my work and research, and my efforts at bringing my academic work to the broader public.”