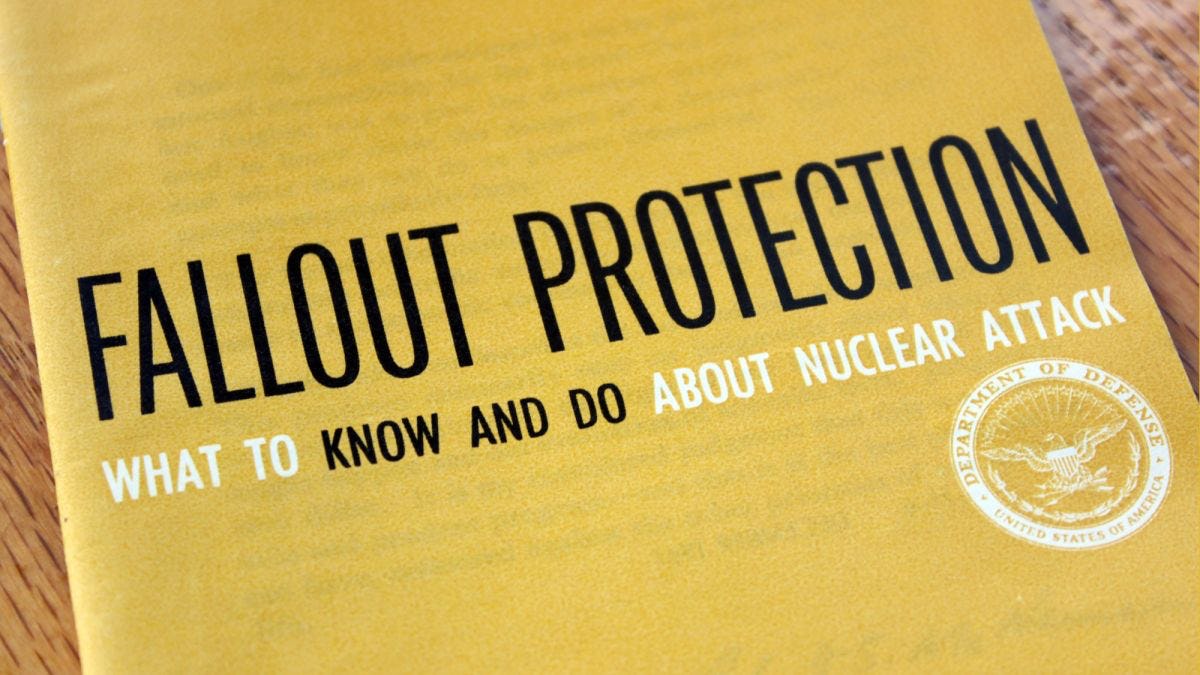 A joint program funded by the Carnegie Corporation of New York and the John D. and Catherine T. MacArthur Foundation has awarded a trio of Stevens Institute of Technology faculty researchers $500,000 to broadly assess and redefine U.S. civil defense, studying how to communicate the latest science and technology to educate the public about the threat of nuclear terrorism — as well as what measures to take if a nuclear event occurs.

College of Arts and Letters professors Alex Wellerstein and Kristyn Karl and School of Engineering & Science professor Julie Pullen will rely upon an unusually diverse advisory board of defense, academic, technology and artistic professionals to seed sub-projects including ideas for public education campaigns, virtual reality (VR) simulations, games, apps and other communications. They will also host two conferences devoted to analyzing the results of those projects.

The inspiration for the new project, says the researchers, was a growing sense that current generations may not fully appreciate the threat of nuclear terrorism in cities such as New York. 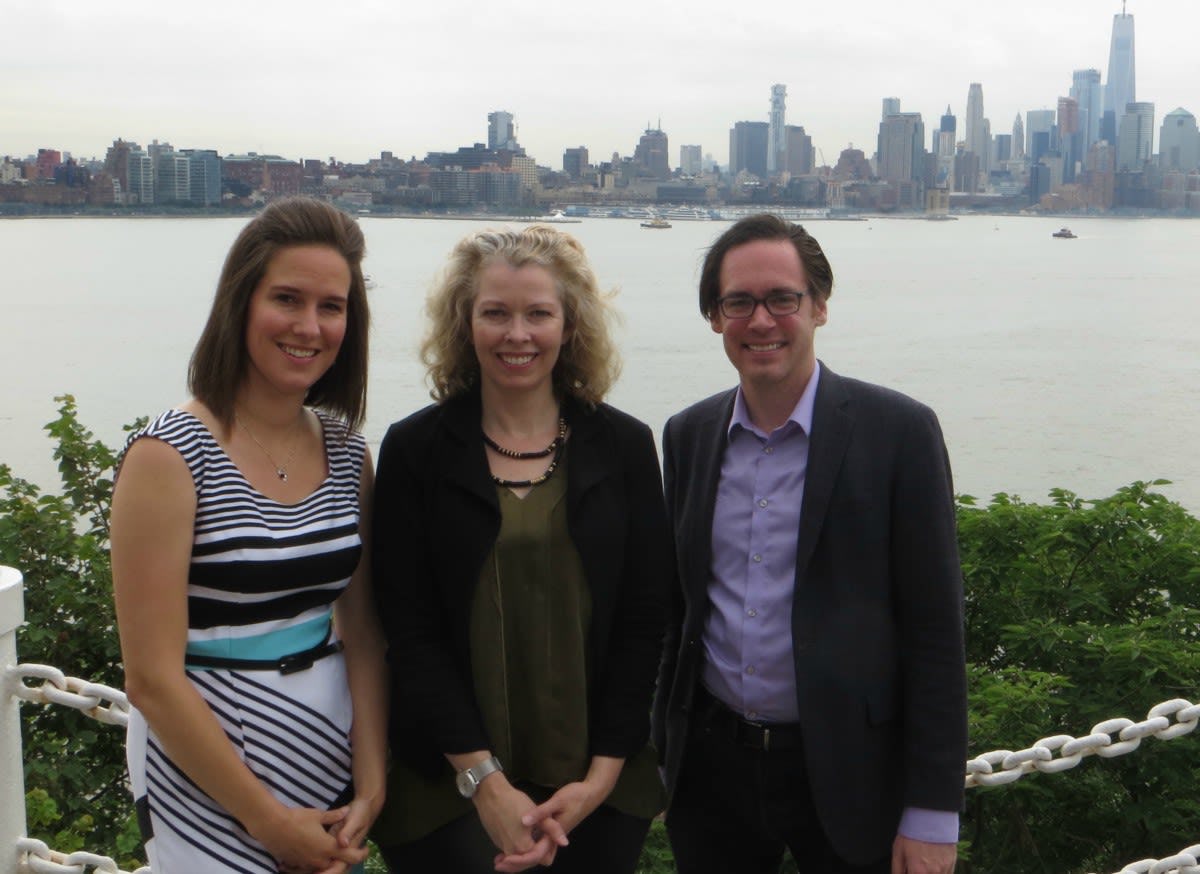 Professors Kristyn Karl, Julie Pullen and Alex Wellerstein plan to update the concept of civil defense for an era of evolving nuclear threats

While the United States maintained active federal civil defense programs during much of the Cold War, those were discontinued after criticism they were useless in the face of growing nuclear arsenals. Today, however, interest is reviving in those planning approaches as improvised nuclear devices achieve a higher threat profile.

"The United States hasn't been doing atmospheric tests since the1960s, and that's a good thing, but for many reasons the issue of civil defense has literally gone underground, dropped off the landscape," notes Wellerstein. "We'll be exploring how to reintroduce this concept, in ways more dramatic than a simple web page, lecture or news story."

Improved science and increasingly detailed simulations allow for new forms of communication, which can be effective in delineating best practices when preparing and planning for nuclear scenarios.

"A modern-day nuclear incident would very likely take place on the ground level, on a very local scale," explains Pullen, an earth scientist and expert on nuclear and radiological effects. "And the latest science shows it is survivable — if the public knows to shelter in place."

Unfortunately, notes Wellerstein, few Americans today possess either a clear sense of the threat of nuclear terrorism or modern guidance about what to do in the awful case it occurs.

"Early civil defense plans were created in earnest, and some of them were sound, but some of them were unworkable," he notes. "Imagine suddenly trying to evacuate New York because of an imminent nuclear threat? It's not realistic. People struggle to get out in a timely fashion just during rush hour."

"We've moved from 10-kiloton-scale weapons — air blasts with high mortality such as those that happened in Hiroshima, where everything was leveled,  where homes made of wood all burned to the ground — to planning for urban-scale, improvised nuclear detonations today," adds Pullen. "These are many orders of magnitude smaller in scale than the Cold War arsenal. In this scenario, outside the blast zone many would be shielded by the protective factor of urban buildings, and this is important to understand and convey."

In fact, the best current simulations indicate that sheltering in place for several hours to several days in an interior room while radioactive fallout dissipates, is by far a preferable strategy — despite the human urge to flee the city, rush to schools, or congregate in community shelters.

Who should pass along this critical information? Today, surprisingly, the government may not always be the best messenger.

"This may be a place where non-government organizations or academics can play a stronger role," says Wellerstein. "For better or worse, we're no longer in an era where everyone trusts the federal government, and we haven't been for some time.

“We will evaluate the effectiveness of different messengers and the new media tools explicitly. Who is trustworthy and credible? What resonates most? Of course you are going to know a little more about the risk shortly after encountering these messages, but will you remember it, and for how long?" asks Karl. "That's also part of what we are going to address."

The Stevens project will both involve a few flagship projects as well as the solicitation, approval and seed funding of a host of smaller sub-projects aimed at dispensing good information accurately and memorably.

Major components of the project include:

"We are very excited about the diversity of this project," concludes Pullen. "We have early, mid-career and even emeritus faculty — such as School of Business emeritus professor Edward Friedman, a key contributor — represented on our project, we have advisory board members spanning these career phases and diversity represented in other important dimensions as well. This project represents a convergence of tools and approaches."

A kickoff workshop in spring 2018, held at Brookhaven National Laboratory on Long Island, will assemble practitioners from the emergency response community and other interested stakeholders to develop lessons from past practices and understand current approaches, note the Stevens researchers. One year later, a second workshop will be convened on the Stevens campus to experience and evaluate newly developed communications tools.