Change Agent: The Life and Legacy of Charles Stewart Mott, Class of 1897

He was born ten years after the assassination of Abraham Lincoln and died four years after man first walked on the moon. The 97-year life of Charles Stewart Mott, Stevens Class of 1897, Hon. D. Eng. ’37, was most extraordinary — as was his impact on the world that continues today. The General Motors mogul — he was a 60-year board member who sold his wire wheel and axle manufacturing business to GM — founder of the Charles Stewart Mott Foundation and three-time mayor of Flint, Michigan, is the subject of a recent biography, The Life of Charles Stewart Mott: Industrialist, Philanthropist, Mr. Flint, by Edward Renehan (University of Michigan Press). The Rhode Island-based biographer recently spoke about one of Stevens’ most illustrious alumni. 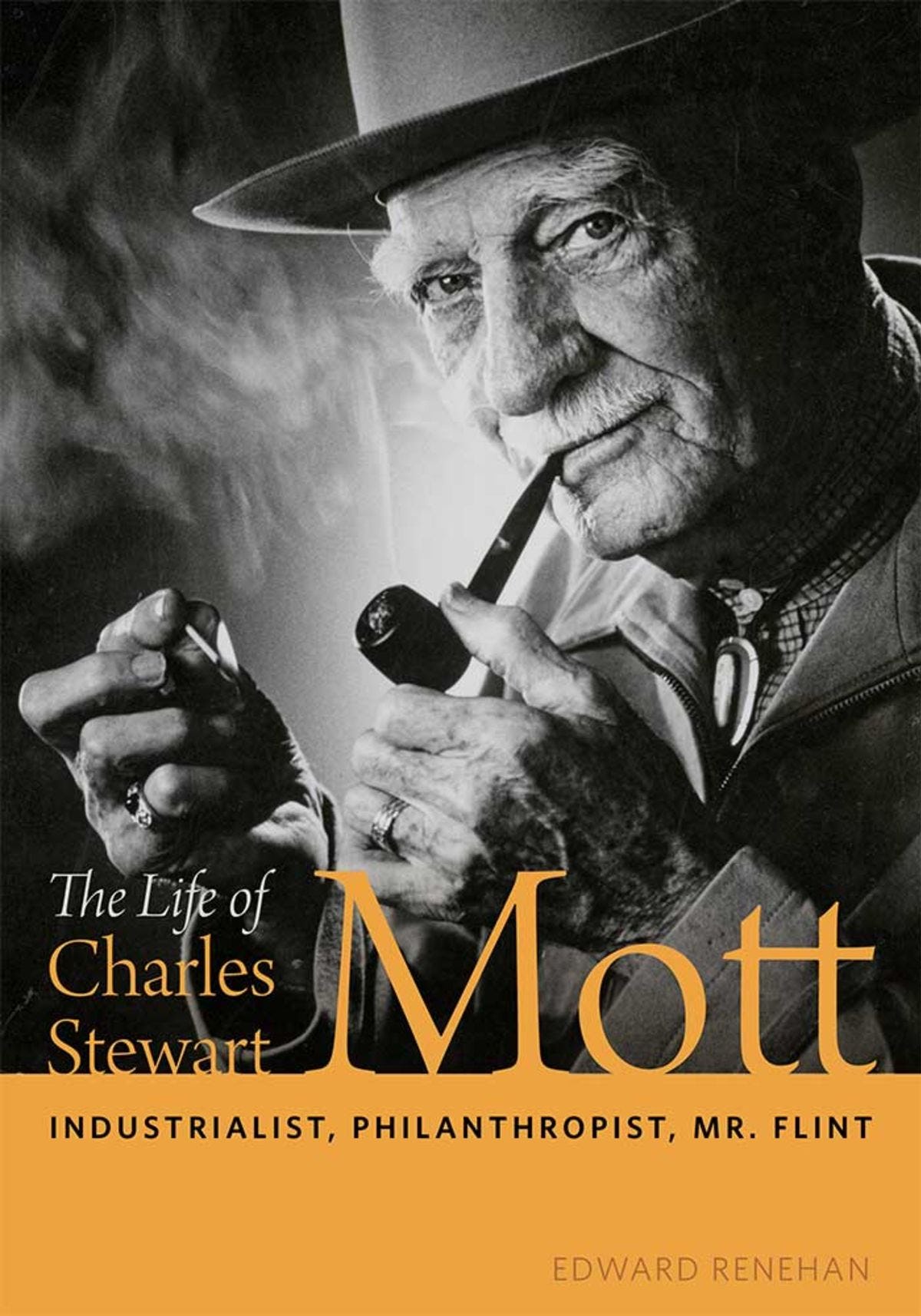 Q. In reading your book, one never gets the sense that Mott was driven by money or material comforts. Throughout his life, well into his 90s, he seemed to be in a constant state of restlessness. To what do you attribute that?

A. The thing that drove Charles Stewart Mott was excellence in all things, including technical excellence. He would think: “OK, this is great — how can we make it better?” He reminds me of the mindset at Apple. He was always interested in new innovation and in pushing the envelope by improving the product he helped to create. He was deeply involved in the evolution of GM for 65 years and was its longest serving board member. By 1916, his fortune was made, and he could have gone away, but he didn’t. He had such a passionate work ethic. In 1926, he established the Charles Stewart Mott Foundation. And up until 1972, near the end of his life, he was going into work at the Mott Foundation every day.

Q. Mott gave away the majority of his GM shares to his foundation during his lifetime. Today, his foundation has given grants in excess of $3 billion, in the areas of education, the environment, civic society (including programs that strengthen local philanthropy), and in Mott’s adopted hometown of Flint, Michigan. We see today’s billionaires like Bill Gates and Warren Buffet taking a similar path. Was Mott an influence for today’s philanthropists as well as his contemporaries?
A. The Mott Foundation may well have inspired Bill Gates. And Mott was a direct influence on Alfred P. Sloan in establishing his foundation, which focused on medical R&D. (Sloan and Charles Kettering were Mott’s contemporaries at the head of General Motors; Memorial Sloan Kettering Cancer Center is one of the shining achievements of Sloan’s foundation.) Mott’s daughter, Maryanne Mott, recalled her father telling his children: “You are not better than anyone else, you are luckier than anyone else.” None of his six children had to do anything with their lives if they didn’t want to. But they all have been deeply involved in good work inside and outside of the Mott Foundation. The Charles Stewart Mott Foundation is just an astounding organization. I cannot speak more highly of it and the people who work there — in Flint and around the world.

Q. The Mott legacy can be seen in industry, education, the environment and so much more, but its history is also tied to the city of Flint, which today is a poster child for government malfeasance and toxic water. What would Mott think of the current situation, and how would he approach the crisis if he were alive?
A. He would be outraged, and he would want people to go to jail for malfeasance. Mott would also look at how to fix the problem in the most efficient and quickest manner. He would think how engineers could remedy this. And he would adjust the political landscape to fix this problem, especially because it greatly affects children. Flint is a wonderful town. It has this huge black eye. Despite the water issue, it has terrific, civic-minded citizens and is a city on its way to a great revival.

Q. As a young man, his curiosity for how things worked made him a good fit for a university like Stevens. How did he view his time at Castle Point?
A. After graduation, for the rest of his life, Mott was engaged with Stevens. He was on the Stevens Board of Trustees for many years and donated the Mott Field House. He attributed his frame of mind — his interest in innovation — to the training that he got at Stevens. Also, his analytical approach to all things — studying everything as a system, whether it was a carburetor for a Buick or a system for energizing troubled schools. He felt that Stevens very much made him. And some of his closest friends throughout the years were his friends from Stevens.

Q. On the importance of education, Mott said that young people “doom themselves” when they drop out of school because the under-educated receive the lowest pay and their jobs “will be taken over by machines.” This was in the 1960s, and it seems truer today with automation. How would he view this transformation in the labor market?
A. Mott wouldn’t condemn the march of technology; he’d embrace it. But he would do his best to make sure to even the employment playing field. He believed that any student with ambition and drive and intelligence should be able to get an education to advance and not have a job that can be replaced by a machine. So, in addition to the many afterschool programs, community-based schools and other education initiatives that it has supported for decades, the Charles Stewart Mott Foundation has long-term programs to help adult learners acquire new skills for the future workplace.

Q. Was there anything particularly surprising about Mott that you learned in your research?
Mott had this alter ego, “Desert Dick.” He would actually work a month or so every year as a cowboy in the southwest, get dirty; it was his way of blowing off steam. He had an affinity for the southwest and was a fisherman and a hunter. As a younger man, he would hunt and fish with machinists from the factory floor.

Q. C.S. Mott lived such a monumental life. Did he know that he lived in extraordinary times and was he conscious of the fact that he himself was a seminal figure in the country’s industrial revolution?
A. In his last interview, he said that it gets lonely at times to be nearly a hundred. He was the last surviving member of his class at Stevens, the last crew member of the Yankee from the Spanish-American War, the last founding father of GM. That was another reason not to focus on the past. He realized that he lived in extraordinary times. I think that he wanted to downplay his role as an industrialist. At the end of his life, he joked to his son that every time the phone rings, it’s someone writing a book about Buick or Chevrolet, and he’s the only one alive who knew them.