From Down the Road to Top of Her Class: Weehawken Native Makes Her Mark at Stevens 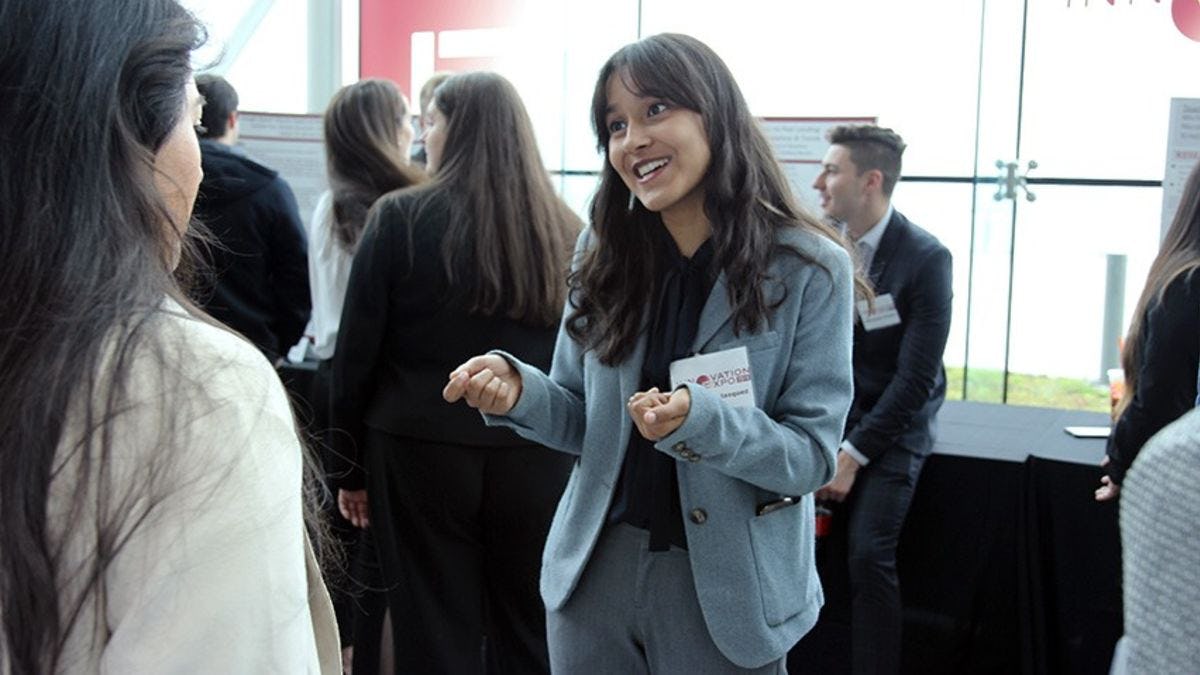 Carolina Velasquez '19 discusses her senior design project at this year's Stevens Innovation Expo. She is one of three Stevens seniors graduating at the top of her class this May.

In Search of a Business School that Emphasized Career Success, Carolina Velasquez Didn't Have to Go Far

As a student at Weehawken High School, Carolina Velasquez didn’t imagine she would end up at Stevens Institute of Technology. After all, she knew its reputation as an engineering school, and she was interested in studying business.

But when it came time to make her college decision, she found the School of Business offered her an edge that other universities couldn’t.

“I wanted a school that was a little different,” said Velasquez, who earned a full scholarship by virtue of being her high school’s salutatorian. “Coming from Stevens and having that tech background makes you stand out more.”

Velasquez stood out at Stevens, where she will graduate First in Class with a bachelor’s degree in Business, and a major in Finance, in May. She’ll launch her career working in structured finance at EY in August, following two summers interning with the firm.

Even before starting college, she was determined to get valuable work experience.

“When I was at Stevens for Admitted Students Day, the student ambassador was trying to talk to me about college life and the whole experience, and I just kept asking about job opportunities,” she said.

Later, Velasquez was the one fielding questions as a student ambassador to the business school. Growing up in Weehawken, NJ — which shares a border with Hoboken and is just two miles from the Stevens campus — made her uniquely qualified to talk about the area. Like many other students, her favorite thing about Stevens is the sight of the New York City skyline across the Hudson River. 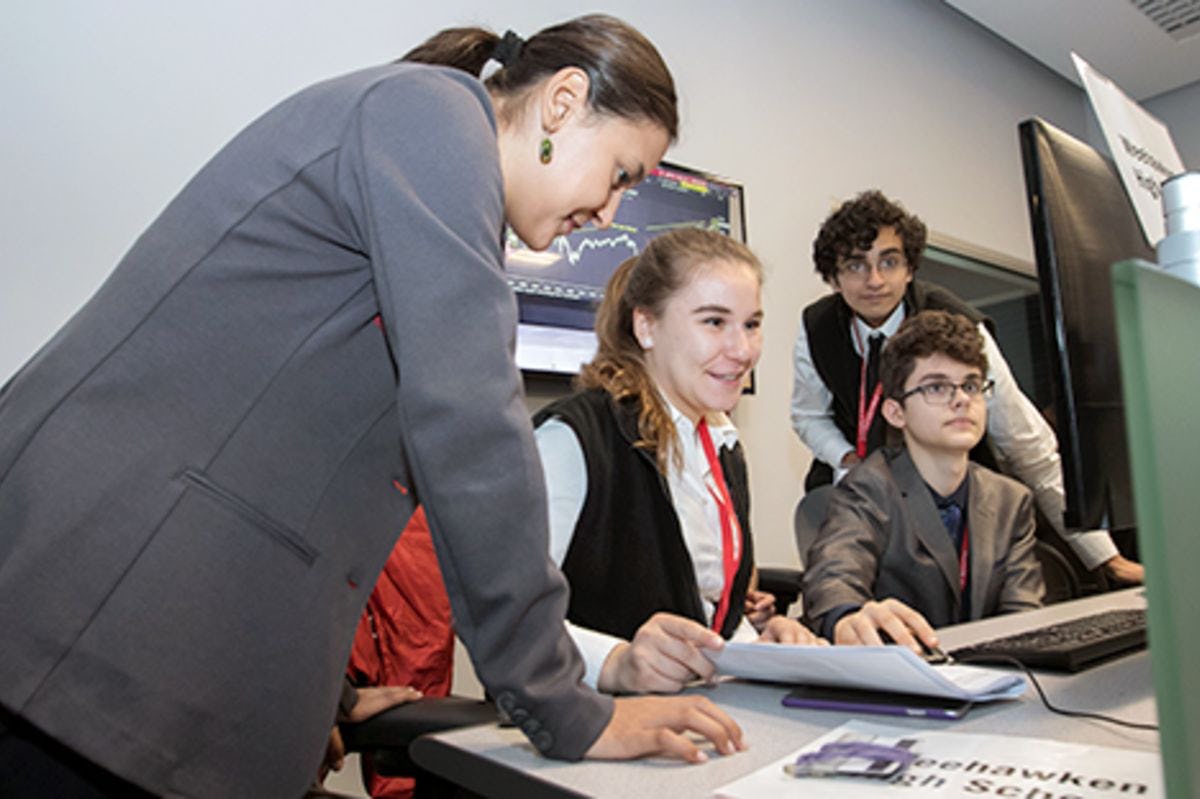 As one of the business school's student ambassadors, Velasquez was selected to guide students from Weehawken High School, her alma mater, on Trading Day in 2017.

“Even though I’m from around here, the view still never gets old,” she said. “Sometimes you take it for granted, but when I’ve been away and come back, I realize how much I missed it.”

According to Velasquez, the best vantage point was from the Babbio Center, where she took most of her classes. She was able to put her coursework to the test during her senior design project, through which she and her teammates used research and data analysis to craft a five-year strategic plan for Elysian Charter School, in Hoboken.

Because many alumni go on to careers in consulting — particularly in technology and finance — plenty of local business and nonprofits are eager to work with Stevens business students on such projects, which are showcased each year in the annual Innovation Expo.

For their detailed work on the strategic plan, the Elysian team received the School of Business’ award for most outstanding consulting project at the Expo. 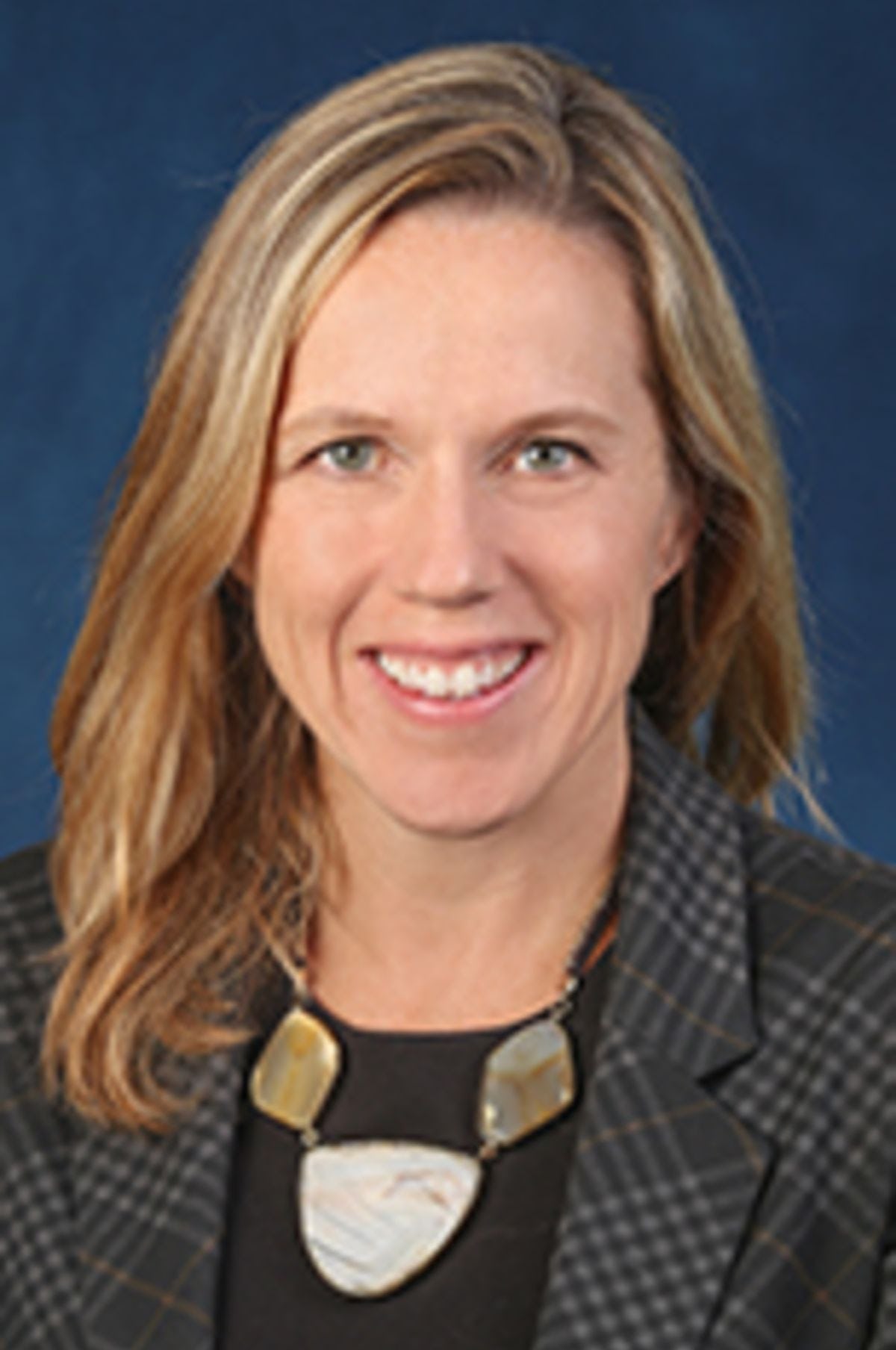 “Throughout the senior design experience, Carolina showcased a level of professionalism and insightfulness,” said Dr. Ann Murphy, associate dean of undergraduate studies at the School of Business and the advisor for Velasquez’s project. “She worked with all the stakeholders at Elysian — students, teachers, alumni and leadership — to ensure their diverse views and needs were incorporated in a thoughtful strategic plan that should create real value for the organization.”

Velasquez’s natural problem-solving instincts also helped her excel in her business courses. But when the answers didn’t come as easily, she knew that she could always find help on campus.

“Because Stevens is a small school, you can get plenty of one-on-one time with professors,” she said. “I don’t think I would’ve had that opportunity at another school.”