From Designing Skyscrapers to Designing Portfolios: Career Changer Gets Fresh Start at Stevens 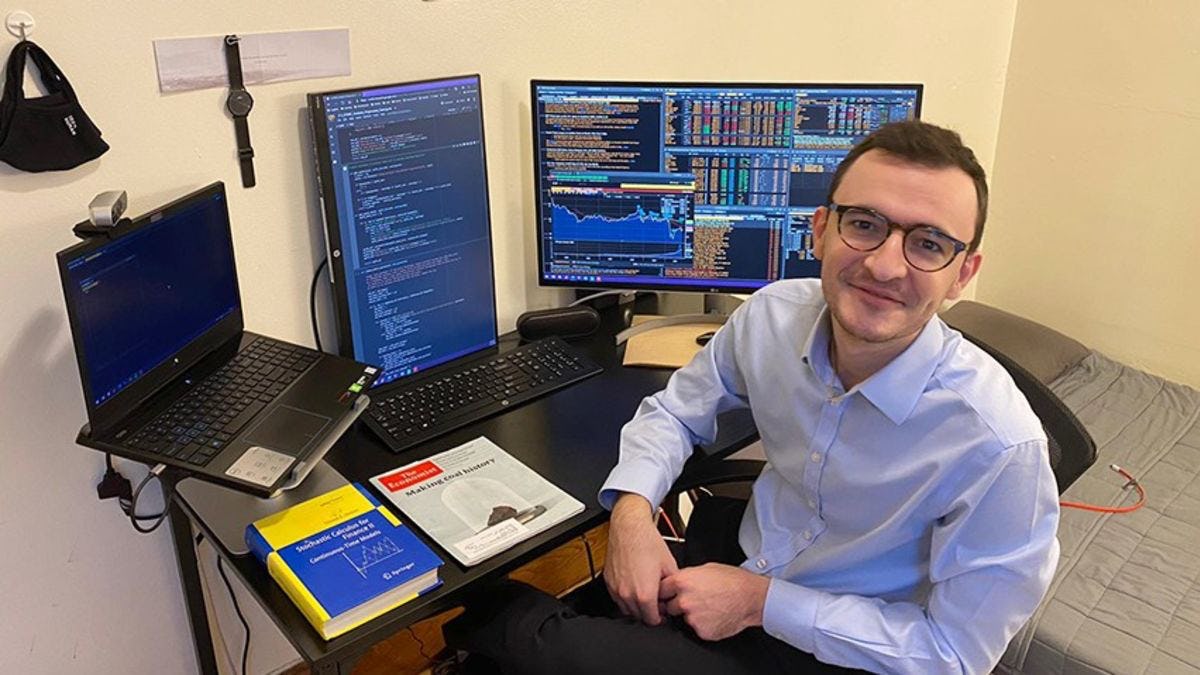 A Princeton-educated civil engineer, Theo Dimitrasopoulos was working in architecture when he sought a faster pace. He's now studying financial engineering at Stevens.

If you ask Theo Dimitrasopoulos the difference between designing buildings and designing financial products, he’ll talk about momentum.

After graduating from Princeton University with a bachelor’s in civil engineering, Dimitrasopoulos went to work in architecture at small studios in New York City, and while it was exciting to work on designs — such as Jeanne Gang’s expansion to the American Museum of Natural History — getting a building off the ground took years.

“Meanwhile, I had friends working in finance who were excited about the assignments they were working on,” Dimitrasopoulos said. “For them, every week it was a new project, and for me, it might be five or six years of planning before you broke ground. I wanted something that was fast paced, with more variety.”

That brought him to Stevens Institute of Technology, where he’s been pursuing his graduate degree in Financial Engineering on a full-time basis, with plans to graduate in May 2021. Dimitrasopoulos looked at programs elsewhere, including at Columbia and New York universities, “but they just didn’t seem as interested in me as Stevens. Here, I felt like more than just another student.”

The experience that all the professors have had in industry — the connections and the know-how — that's unique to Stevens.
Theo Dimitrasopoulos M.S. '21

Perhaps not surprising, given his motivations for moving into finance, the program’s curriculum was a major selling point to Dimitrasopoulos, who said he was leery of an intensely theoretical degree; faculty at the School of Business, he said, “have one degree of separation from Wall Street.”

“The experience that all the professors have had in industry — the connections and the know-how — that’s unique to Stevens,” he said. “And the bulk of the courses they teach are inspired by their work in industry. They have a quantitative focus and speak to the research they’re working on.”

Because he left his job at Terreform ONE, Dimitrasopoulos was looking forward to a full-fledged experience on campus, which meant he was disappointed when all his classes moved online.

“I was worried that it was going to be like Coursera — which can be a valuable resource, but it’s not the same as a classroom,” he said. “But my professors have brought a lot of different ideas that have made my classes very interactive.” In addition to using breakout rooms and other tools, Dimitrasopoulos said, faculty have changed lectures to be more discussion driven, “and having the classes live enables a level of interactivity that I didn’t expect when we went online.” 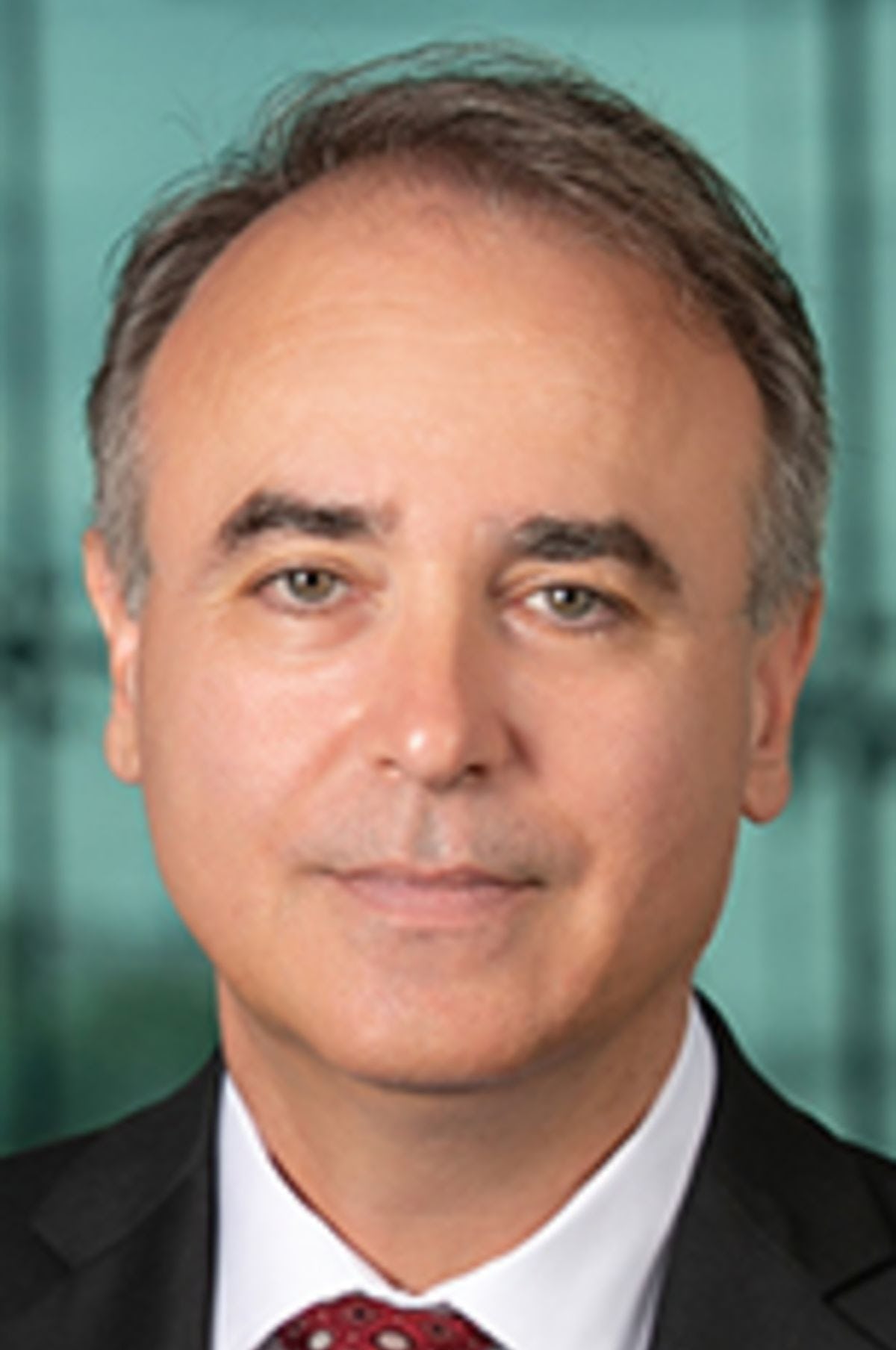 And the quantitative nature of his courses, which deal with topics like portfolio theory and trading strategies, have prepared him for the challenges financial engineers face in solving technical problems and creating new products. He’s especially found that the case in his Pricing & Hedging class with Prof. Dan Pirjol, which offered him a lot of insights into financial data analysis and the kinds of models used to describe pricing. He found this knowledge useful on his summer internship with Instinet, which was extended into the fall.

“When I read news articles, I can hear Professor Pirjol’s voice in my head,” Dimitrasopoulos said. “So much of what he taught me is crucial in the real work of financial engineering. He’s so insightful.”

His internship with Instinet — a small fintech that’s part of Nomura — involved providing support for the company’s trading platform, including working on a test-case generator that maps the way orders are routed. If he’s successful, orders could be executed faster by automatically rerouting trades away from systems that are offline, avoiding small — but potentially costly — delays en route to the exchange.

Opportunities to work with data

“One of the most fulfilling parts of my work is the amount of information that Nomura and Instinet have accumulated over the years,” he said. “Getting to play around with the data they have, coming up with different problems and solutions, has been so rewarding.”

Dr. Pirjol, who has stayed in close touch with Dimitrasopoulos, isn’t surprised that his student has done so well at Instinet.

“I was impressed by his work on his project for the Pricing and Hedging course,” Prof. Pirjol said. “It was not only well executed, it was presented very professionally. He treated the project presentation as a conference talk, with well-executed slides and delivery.”

Dimitrasopoulos also has a keen eye for research, owing to his engineering background. Prof. Manos Hatzakis, the director of the Financial Engineering master’s program, connected Dimitrasopoulos with Dr. Cristian Homescu, a director with the investment portfolio and analytics team within Bank of America’s Chief Investment Office. Together, they’re looking at deep learning methods to improve portfolio optimization.

For Dimitrasopoulos, who got to work in asset management and machine learning in a project he hopes to grow into his capstone experience, it was a validating experience following his work in civil engineering.

“The kind of research that Cristian is trying to do is oriented around an immediate problem they’re trying to solve, something that can immediately be put into production,” he said. “That’s the kind of path I’m interested in. My Stevens education has been so valuable, in giving me the opportunity to do real research and engage with these projects.”