All Signs Pointed to Stevens for Thomas J. Day Ph.D. ’07 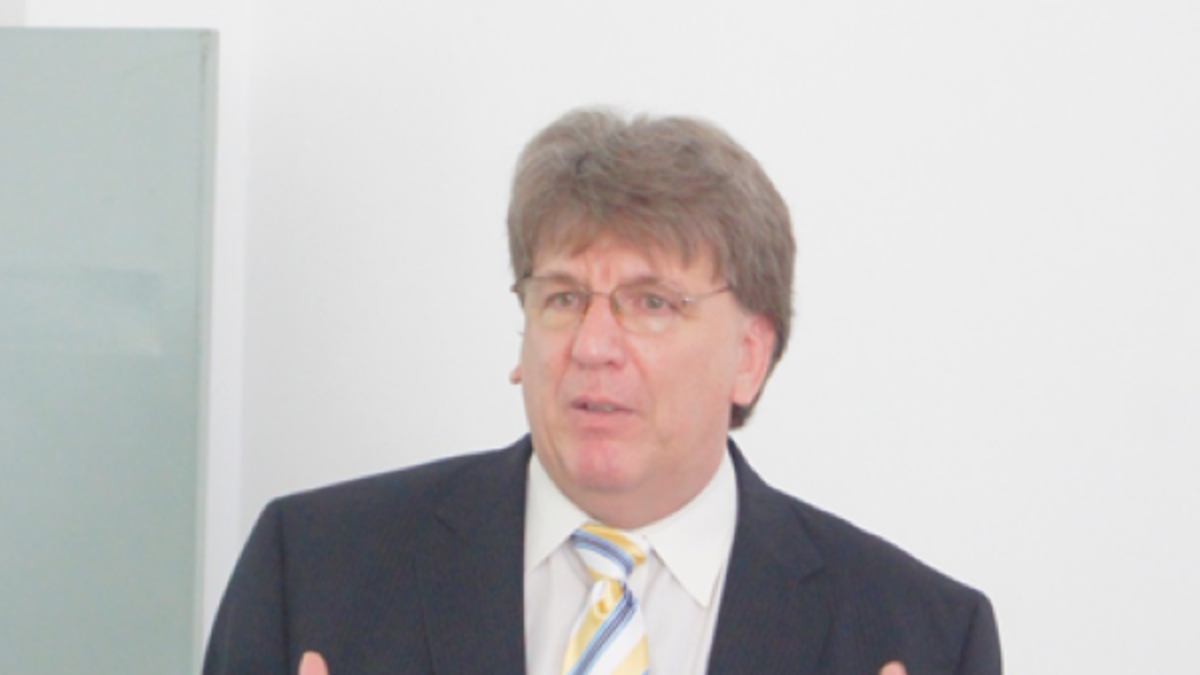 Thomas J. Day Ph.D. ’07 was at a crossroads when he arrived at Stevens. Today, in addition to bringing depth and breadth of knowledge to his role as Chief, Program Management Branch at NOAA/NWS, Day is sharing his expertise as part of a national initiative to teach federal project managers how to make their programs more successful.

Thomas J. Day Ph.D. ’07 was at something of a crossroads when he began his doctoral work at Stevens. “I had been doing a lot of business in New York City, but knew that I needed change in my life.”

“One afternoon I had picked up my mail and stopped to rest on a bench while staying at a hotel in Weehawken,” Day continues. “For no reason I could think of, I had received three or four brochures from Stevens. I looked up from where I was sitting, and the first thing to catch my eye was a sign that said ‘Stevens,’ with a big red arrow pointing ahead.”

Day followed the arrow to find another, and then another, similar sign. Before long he found himself at Castle Point. “I walked right in and applied,” he says.

Unfortunately, Day’s application was rejected – not once, but three times. Determined as ever, Day wanted to find out why, a request that also met with some resistance. “I told the office staff that I would not leave until I spoke with the dean,” he recollects.

Upon further review, Day was accepted on probation, and he was on his way to realizing the changes he was seeking. “I found deep connections at Stevens,” he says. In fact, one of his fondest Stevens memories relates to his most stressful day on campus.

“I had just defended my dissertation and was sitting in the outer office, waiting for a decision,” he recalls. “A member of the office staff saw me with my head in my hands, and before I knew it, several staff members were sitting with me, lending their support. I will never forget their kindness!”

Graduation day held a few more surprises for Day. “As I was on my way to the podium to receive my degree, I learned that I had become Stevens’ first-ever Ph.D. in Engineering Management,” he says. “Until that moment, I had no idea I was the first.”

After the ceremony, he met a contingent of 33 students from the Beijing Institute of Technology who were receiving their master’s degrees in Systems Engineering. A few years later, the graduate education coordinator that was with them contacted Day as part of her own research on engineering management programs. Professional emails gave way to friendship, and then romance. The two are now happily married and she has since become a U.S. citizen.

As Chief, Program Management Branch, Office of Observation, US Department of Commerce, NOAA/National Weather Service, Day is responsible for the installation and upkeep of surface observation systems, radar, weather balloons, and other critical observation equipment. The monitoring is constant, as these outdoor systems are vulnerable to lightning, wind, temperature changes, and other unpredictable conditions. Currently, he is overseeing six (6) major programs and $150 million in new equipment deployments.

Day’s 35 years of experience in manufacturing, consulting, facilities management, and his deep understanding of how the equipment performs and behaves, make him a valuable resource at the U.S. Government. He also credits his Stevens education with preparing him for the challenges of his role.

“I came to Stevens with a lot of disparate specialties – water resource science, electronic data communications, instrumentation, process control – that did not seem to correlate,” he says. “The Engineering Management program brought it all together into something that worked.”

Recently, Day began training other federal employees, through a Presidentially mandated education initiative. “I am teaching other program managers how to make their programs more accountable and successful,” he explains. He is the first in-house instructor to bring more knowledge of program management to employees of the U.S. government, and his classes fill up quickly.

Day enjoys helping fellow professionals do their jobs more expertly and efficiently. But Day also thinks about the path that future STEM professionals must walk, and how Stevens can be such an enriching experience. “Studying at Stevens is the one time you’ll get to experience the full breadth of STEM before you get your job,” he says. “You have access to such a broad base of engineering and science education. Go to all of the talks, lectures and demonstrations. Don’t miss the student presentations. The scope and diversity of what you will see will exceed anything you encounter in your professional life.”

“It is the diversity of thought that makes us special,” he adds. “This is the basis of continuing to realize the American dream.”