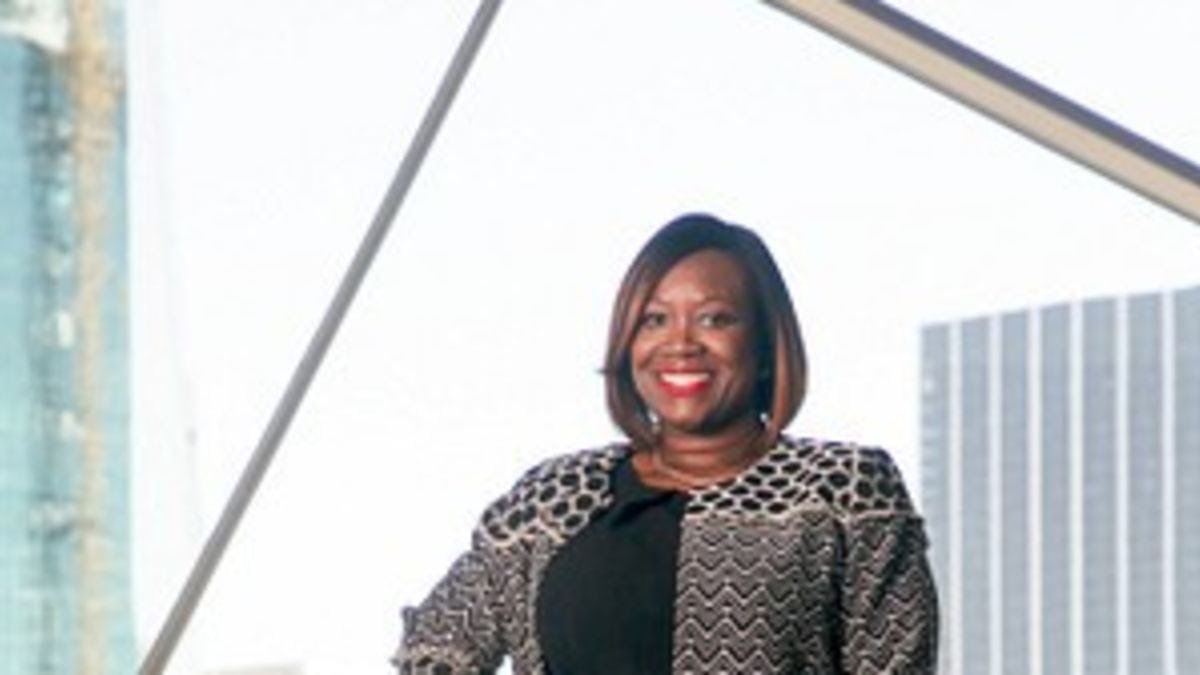 Aisha Lawrey ’99 knew very little about engineering – and the career opportunities it offered – when she was a student at Newark’s Science High School, now known as Science Park High School. Today, this advocate and ambassador devotes her own career to building awareness and encouraging women and underrepresented minority students to consider a future in STEM.

As the oldest of four siblings and the first in her family to pursue higher education, Aisha Lawrey ’99 felt that there was a lot riding on her college choice. “I didn’t have a clear idea of what I wanted to major in,” Lawrey recalls. “I thought I might become a lawyer, since I was doing very well on the debate team.”

Lawrey’s geometry teacher at Newark’s Science Park High School noticed her ability to think a problem through, and suggested engineering. “I had no idea what an engineer did,” she says with a laugh. “So, I headed to the library to do research. I learned that engineers figure out how things work and find ways to make them better. I was intrigued.”

That same geometry teacher was also instructing at Stevens and invited her to visit the campus. “Although I lived nearby, I had never been to Hoboken before,” she says. “I loved the city immediately!”

“The teacher had arranged for me to meet a few Stevens professors,” she adds. “The electrical engineering professor brought out a traffic light, and started showing me how it was programmed, and how the lights worked in sync across a city. It was just the coolest thing.” She was so inspired that she wrote “I will be an Electrical Engineer” in her high school yearbook.

An overnight visit to Stevens brought something else to her attention: the opportunity to study alongside people from different cultures. “At my high school, the majority of the students looked like me,” she says. “Stevens would give me the opportunity to meet students from across the country and around the world. I saw this as another way to strengthen my education.”

The Stevens Technical Enrichment Program (STEP) helped Lawrey gear up for freshman year, but her first semester was more challenging than she expected. “I was at the top of my high school class, but this was a whole new world,” she says.

“I reached out to the STEP director who helped me get a handle on academics and time management,” Lawrey says. “Soon I was tutoring others. I took on leadership roles in organizations like the National Society of Black Engineers, the Society of Women Engineers, and the Institute of Electrical and Electronics Engineers.”

Even after graduation, however, Lawrey kept thinking about how she nearly missed out on the vast opportunities afforded by an engineering degree. Working as a consultant with Accenture, she started to appreciatethe scope of the problem. “I regularly visited my high school as well as others in the area to promote the field, and I reached out to the Stevens Office of Admissions to encourage them to make more visits to high schools like mine.”

Ever the problem solver, Lawrey decided to pivot her career toward advocacy and awareness. “I joined NJIT’s Center for Pre-College Programs for a three-year, grant-funded role in research and outreach to bring math and science programming to K-12 students,” she says.

“After the grant closed, I continued to work toward increasing the number of women and underrepresented minorities in the STEM fields,” she says. Lawrey’s expertise grew through roles at Rutgers Business School, Verizon Wireless, Rutgers School of Engineering, the American Society of Mechanical Engineers, and as an AAAS IF/THEN STEM Ambassador.

When she learned that U.S. congressional committees were making decisions about critical STEM topics – space, science, technology and more – with very little guidance from engineers, Lawrey again stepped up to tell her story, this time to legislators. She continues to promote the need for engineering expertise when STEM matters are on the national legislative table.

In her current role as Senior Director, Programs and Scholarships for the National Action Council for Minorities and Engineering (NACME), Lawrey provides undergraduates with scholarships, workshops and webinars. “We provide comprehensive support for success that includes developing students’ skills as professionals and leaders,” she explains. “You see, it is not lack of capability that keeps women and minorities from pursuing STEM careers – it never was. The issue is access and self-esteem. Building confidence is so important.”

“Stevens helped do that for me,” she continues. “I had opportunities to speak at international conferences and met my counterparts from China, Africa, India. I learned to see myself as a subject matter expert. I learned, first-hand, that representation matters.”

Lawrey is pleased to see the growing diversity at her alma mater. “I am so glad that Stevens is recruiting more students from Title I and urban schools,” she says. “And I can see that the faculty is becoming more diverse as well.”

Lawrey, who speaks with Stevens students whenever she can, focuses on sharing her experiences as a way to help them move forward. “I encourage them to take advantage of all of the services at Stevens that are there to help them – career services, tutoring, leadership opportunities,” she says. “I urge them to meet regularly with their professors, even if they don’t think they need the help. They may be surprised to learn how much the university community wants to support their success.”