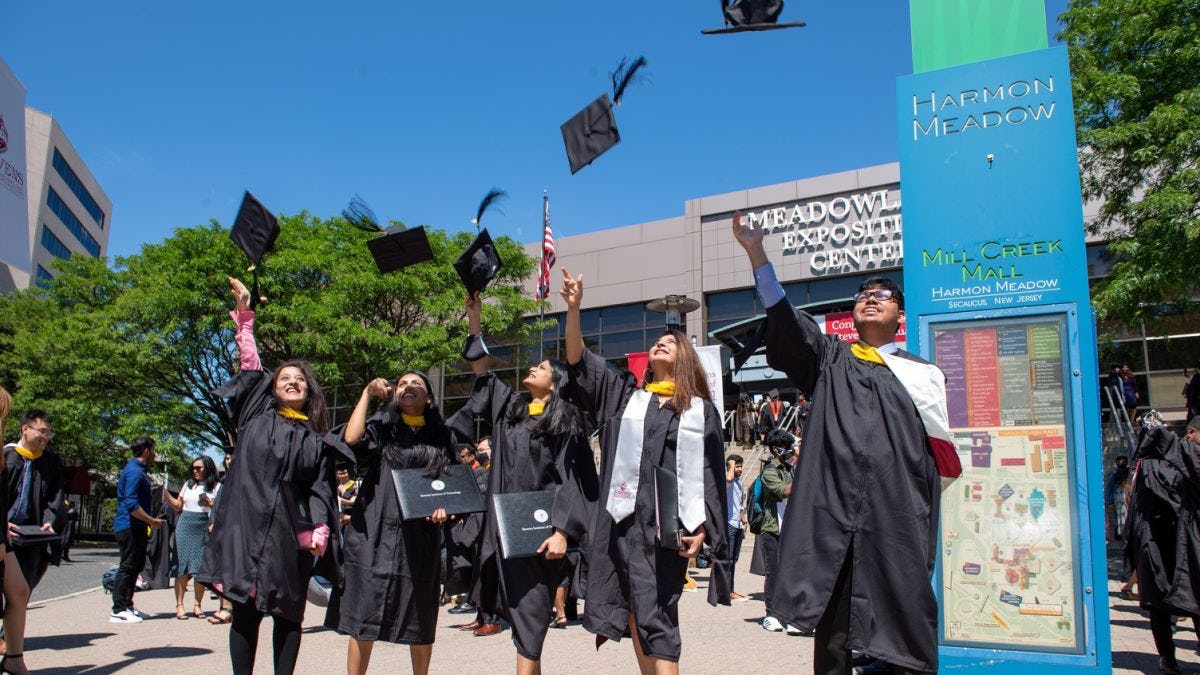 The Department of Chemistry and Chemical Biology at Stevens Institute of Technology cultivates groundbreaking, world-class innovation fueled not only by its expert professors, but also by the students who represent the next generation of leaders in the field.

And each year, the department proudly celebrates its best of the best: the valedictorians whose achievements vaulted them to the head of their class. This year, two graduating students majoring in chemical biology are among the 16 valedictorians recognized across Stevens. Their undergraduate experiences —– in the classroom, in the lab and beyond —– have helped inform and inspire their next steps toward their goals. 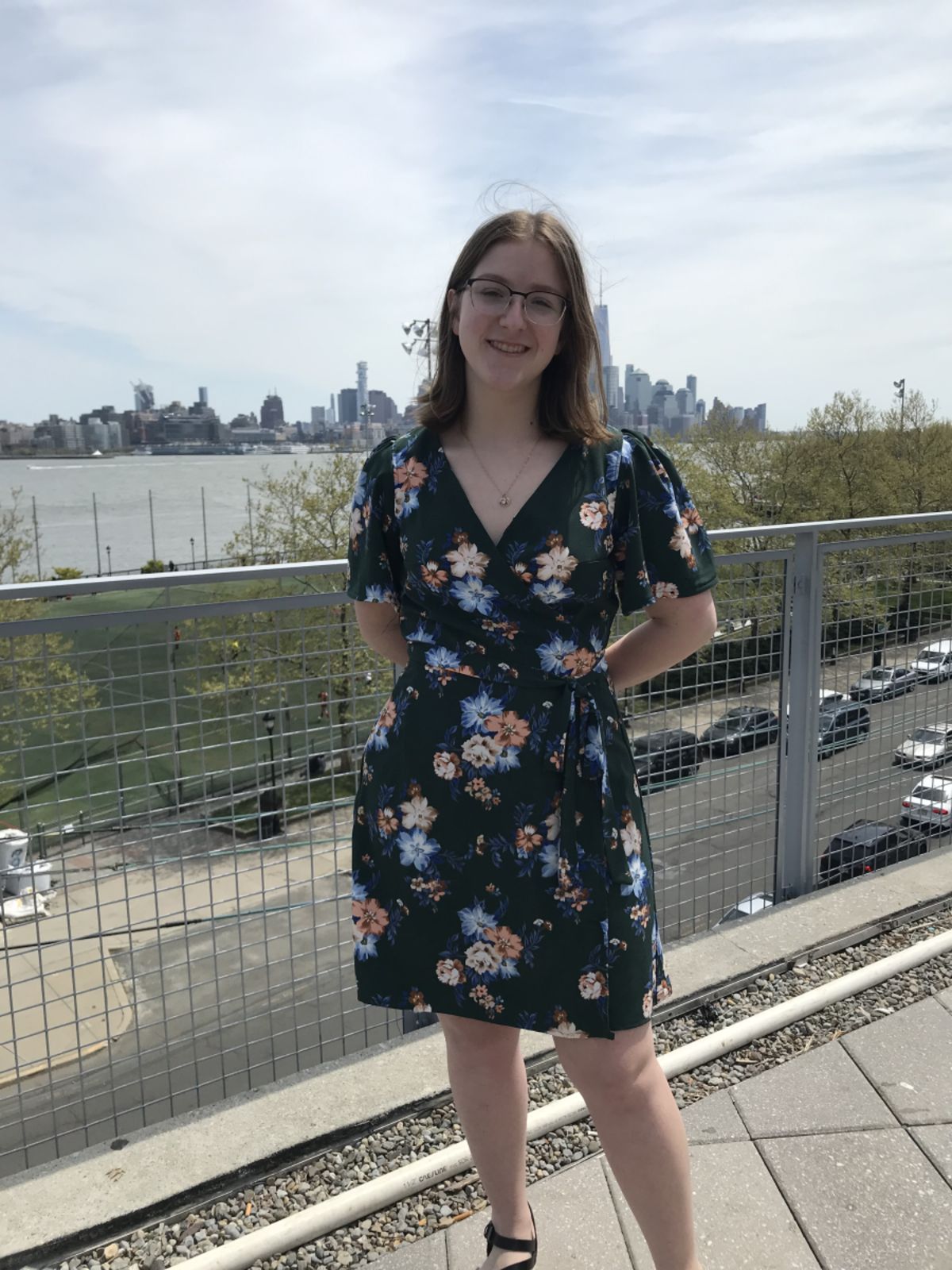 “I’m proud to have helped expand the range of possibilities for other people to develop groundbreaking therapies,” said Class of ’22 chemical biology valedictorian Jenna Pralat, whose trailblazing research at Stevens included studying reactions that use compounds made of carbon and boron.

For as long as she can remember, Jenna Pralat ’22 has been curious about how the human body works.

“I find biology fascinating, and I want to understand how all these atoms work together to make life and make the body function properly, and how small changes can cause diseases,” said Pralat, a Pinnacle Scholar majoring in chemical biology. “These are some of the biggest questions out there to answer. Understanding these functions at a cellular level could help us address diseases.”

That interest led her to Stevens, where she was drawn to the accessibility and variety of research available. While she initially had a long list of labs she was interested in joining, she was excited to be able to be part of the one at the top of her list: the organic and medicinal chemistry lab of Abhishek Sharma, assistant professor in the Department of Chemistry and Chemical Biology. That’s where she completed her Senior Design Project on geminal diborons and how they can be applied to reactions.

“I was looking at techniques involving organoborons, which are carbons that contain the element boron,” Pralat explained. “I studied reactions involving things like removing a proton to see how the reaction changes. It's a novel approach that’s of interest to researchers in the field. If we can do more reactions with these compounds, then it opens new possibilities for pharmaceuticals and other compounds.”

Although she initially had no interest in joining a sorority, in her second year, Pralat became a member of Theta Phi Alpha, and now calls it her most meaningful extracurricular activity.

“I saw friends who were in sororities, and I realized that I wanted the camaraderie and support they found there,” she said. “It helped me grow as a person and as a leader. When I joined, I was shy and not very confident or outgoing, and now I mentor the younger girls, and I’ve served as the new member educator on our eboard.”

In addition to researching the human body and working on her own development, Pralat also reached out to ensure shelter for people throughout the neighboring community by serving as the chapter president of Habitat for Humanity.

“In high school, I volunteered with Habitat for Humanity,” she said, “and I appreciate Habitat’s work in providing accessible housing. Everybody deserves a home.”

Pralat certainly found a home during her years at Stevens, and now that she only has one semester left before she earns her master’s degree and applies to Ph.D. programs, she has some expert advice for the students who follow her.

“College is a place of opportunity, but you need to take initiative,” she said. “You won’t find your lifelong friends if you do not put yourself out there! And there are so many research opportunities and so much information to learn from professors —– you just have to talk to them.”

Jumping into a healthcare career inspired by sports 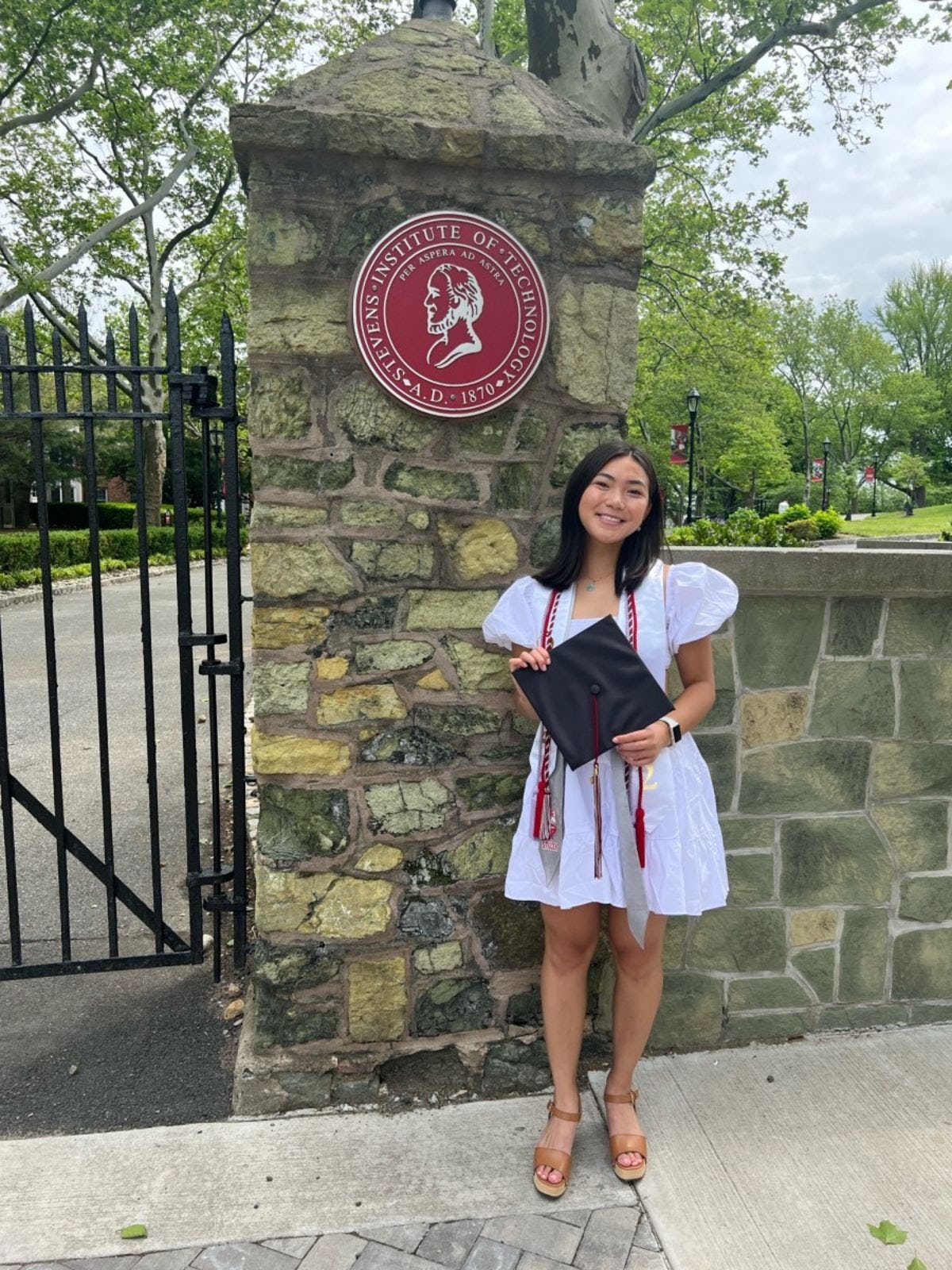 “Stevens is a close-knit community that wants to support students and have everyone excel in what they do,” said Class of ’22 chemical biology valedictorian Lizzie Chu. “There's a nice balance between still being competitive and having everyone push each other to be the best, but also wanting to help others find their passion. Stevens has helped me learn to be more confident about what I've done and be proud that all the time and effort has paid off.” Chu has received several awards, including the Luigi Pollara award for excellence in chemical biology; the Maurice E. Roglin III award for academic excellence, community respect, and active participation in her sorority and other extracurricular activities; the Lawrence C. F. Horle Memorial award for her grade point average; the Outstanding Undergraduate Research award in chemistry and chemical biology; and the New York American Chemical Society student award for chemical science.

Elizabeth (Lizzie) Chu ’22 came to Stevens to play volleyball, but she found that the school served up so much more.

“I was drawn to major in chemical biology for the ability to study how chemistry and biology relate to medicine, and then to apply those hard science skills in an interdisciplinary way to study business and marketing,” she said. “I appreciate that Stevens encourages undergraduates to get involved in research early.”

And that’s just what she did. During the summer of 2019, Chu was part of a Stevens Healthcare Educational Partnership team led by Donald Lombardi, a healthcare leadership expert in the School of Business. Through her innovation and entrepreneurship scholarship, Chu created a self-directed educational module, Emotional Intelligence: Practical Knowledge and Strategies, for Monmouth Medical Center and other safety net hospitals. This resource provides sensitivity training for healthcare workers to better communicate with patients.

In the summer of 2020, through the COVID-19 Environmental Analysis and Education Development Project, Chu researched the impact of the global pandemic in Queens, N.Y., to create another self-directed module with techniques to help physicians and other healthcare workers avoid burnout.

For her Senior Design Project this year, she and two other students worked with Dr. Woo Lee, Professor and Department Chair for Chemistry and Chemical Biology, to study lab the relationship of the cytokine IL-6 protein and inflammatory disease such as dementia and Alzheimer's.

“My grandma has dementia,” said Chu, whose team took second place in the Senior Design poster contest. “Being able to have an impact on the research of the disease progression and studying treatments and the reasons of why this is happening to help people avoid it is special to me.”

Chu was also active in the Stevens community, including membership in Alpha Epsilon Delta pre-health honor society, and the Phi Sigma Sigma sorority, where she served as president from 2020 to 2021.

But through it all, her lifelong passion for volleyball has not wavered. She has played on the Varsity women’s team for her entire college career and served as captain for half of that time. Among the many athletic honors she achieved, she was a three-time College of Sports Information Directors of America (CoSIDA) First Team Academic All-American —– the first student athlete to ever earn that recognition more than once. She also participated in the school’s Top of the V leadership program.

“I’ve learned so much about myself and who I am as a leader, teammate, friend, and hard worker,” she said. “I've learned that I want to be approachable, because building relationships and having people open up and trust you is key to being a good leader.”

Ironically, she found she earned her best grades in the fall – during volleyball season.

“Being on that schedule of going from practice to class to studying to meals, and finding time for social life, all made me buckle down and focus on what I had to do,” she said. “It taught me that it’s good to give yourself a break sometimes. You have to find a balance between academics and being with your friends, and just take every opportunity to try new things.”

It’s good advice as she prepares to apply to medical schools with the goal of having a career in healthcare administration, an aspiration inspired by the one thing that’s still in the center of her world: volleyball.

“I come from a long line of physicians, but I chose medicine because I am an athlete,” she said. “I've been around friends with injuries, and I wanted to take a more active role in helping them recover. I’ve shadowed an OB/GYN and an orthopedic surgeon, and I interned at the Charles B. Wang Community Health Center. That was eye-opening. It’s important for me to give back to the Asian American community that raised me, and to try to make a difference in terms of public health and access for more underserved populations.”

Learn more about the Department of Chemistry and Chemical Biology at Stevens: