This Algorithm Has Opinions About Your Face 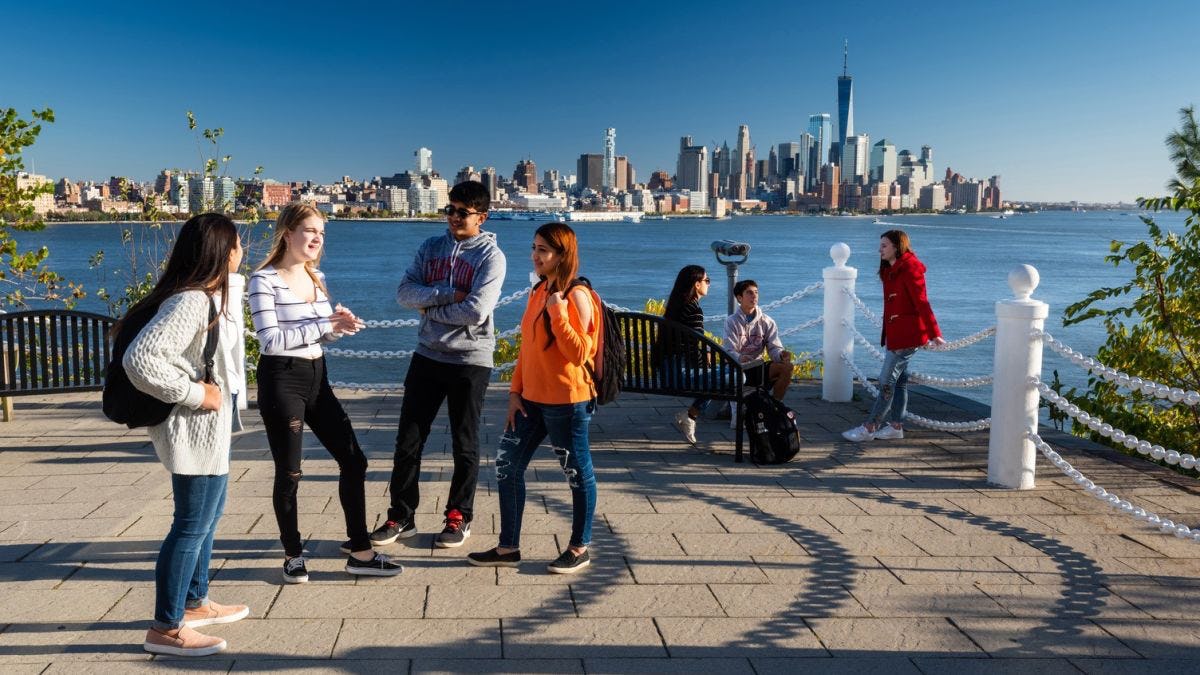 (Hoboken, N.J. – April 21, 2022) -- When two people meet, they instantly size each other up, making snap judgments about everything from the other person’s age to their intelligence or trustworthiness based solely on the way they look. Those first impressions, though often inaccurate, can be extremely powerful, shaping our relationships and impacting everything from hiring decisions to criminal sentencing.

Researchers at Stevens Institute of Technology, in collaboration with Princeton University and University of Chicago, have now taught an AI algorithm to model these first impressions and accurately predict how people will be perceived based on a photograph of their face. The work appears today, in the April 21 issue of the Proceedings of the National Academy of Science.

“There’s a wide body of research that focuses on modeling the physical appearance of people’s faces,” said Jordan W. Suchow, a cognitive scientist and AI expert at the School of Business at Stevens. “We’re bringing that together with human judgments and using machine learning to study people’s biased first impressions of one another.”

Suchow and team, including Joshua Peterson and Thomas Griffiths at Princeton, and Stefan Uddenberg and Alex Todorov at Chicago Booth, asked thousands of people to give their first impressions of over 1,000 computer-generated photos of faces, ranked using criteria such as how intelligent, electable, religious, trustworthy, or outgoing a photograph’s subject appeared to be. The responses were then used to train a neural network to make similar snap judgments about people based solely on photographs of their faces.

“Given a photo of your face, we can use this algorithm to predict what people’s first impressions of you would be, and which stereotypes they would project onto you when they see your face,” Suchow explained.

“The algorithm doesn’t provide targeted feedback or explain why a given image evokes a particular judgment,” Suchow said. “But even so it can help us to understand how we’re seen — we could rank a series of photos according to which one makes you look most trustworthy, for instance, allowing you to make choices about how you present yourself.”

Though originally developed to help psychological researchers generate face images for use in experiments on perception and social cognition, the new algorithm could find real-world uses. People carefully curate their public persona, for instance, sharing only the photos they think make them look most intelligent or confident or attractive, and it’s easy to see how the algorithm could be used to support that process, said Suchow. Because there’s already a social norm around presenting yourself in a positive light, that sidesteps some of the ethical issues surrounding the technology, he added.

More troublingly, the algorithm can also be used to manipulate photos to make their subject appear a particular way — perhaps making a political candidate appear more trustworthy, or making their opponent seem unintelligent or suspicious. While AI tools are already being used to create “deepfake” videos showing events that never actually happened, the new algorithm could subtly alter real images in order to manipulate the viewer’s opinion about their subjects.

“With the technology, it is possible to take a photo and create a modified version designed to give off a certain impression,” Suchow said. “For obvious reasons, we need to be careful about how this technology is used.”

To safeguard their technology, the research team has secured a patent and is now creating a startup to license the algorithm for pre-approved ethical purposes. “We’re taking all the steps we can to ensure this won’t be used to do harm,” Suchow said.

While the current algorithm focuses on average responses to a given face across a large group of viewers, Suchow next hopes to develop an algorithm capable of predicting how a single individual will respond to another person’s face. That could give far richer insights into the way that snap judgments shape our social interactions, and potentially help people to recognize and look beyond their first impressions when making important decisions.

“It’s important to remember that the judgments we’re modeling don’t reveal anything about a person’s actual personality or competencies,” Suchow explained. “What we’re doing here is studying people’s stereotypes, and that’s something we should all strive to understand better.”


About Stevens Institute of Technology
Stevens Institute of Technology is a premier, private research university situated in Hoboken, New Jersey. Since our founding in 1870, technological innovation has been the hallmark of Stevens’ education and research. Within the university’s three schools and one college, 8,000 undergraduate and graduate students collaborate closely with faculty in an interdisciplinary, student-centric, entrepreneurial environment. Academic and research programs spanning business, computing, engineering, the arts and other disciplines actively advance the frontiers of science and leverage technology to confront our most pressing global challenges. The university continues to be consistently ranked among the nation’s leaders in career services, post-graduation salaries of alumni, and return on tuition investment.