Supporting Inquiry into the Internet’s Origins and Ethics 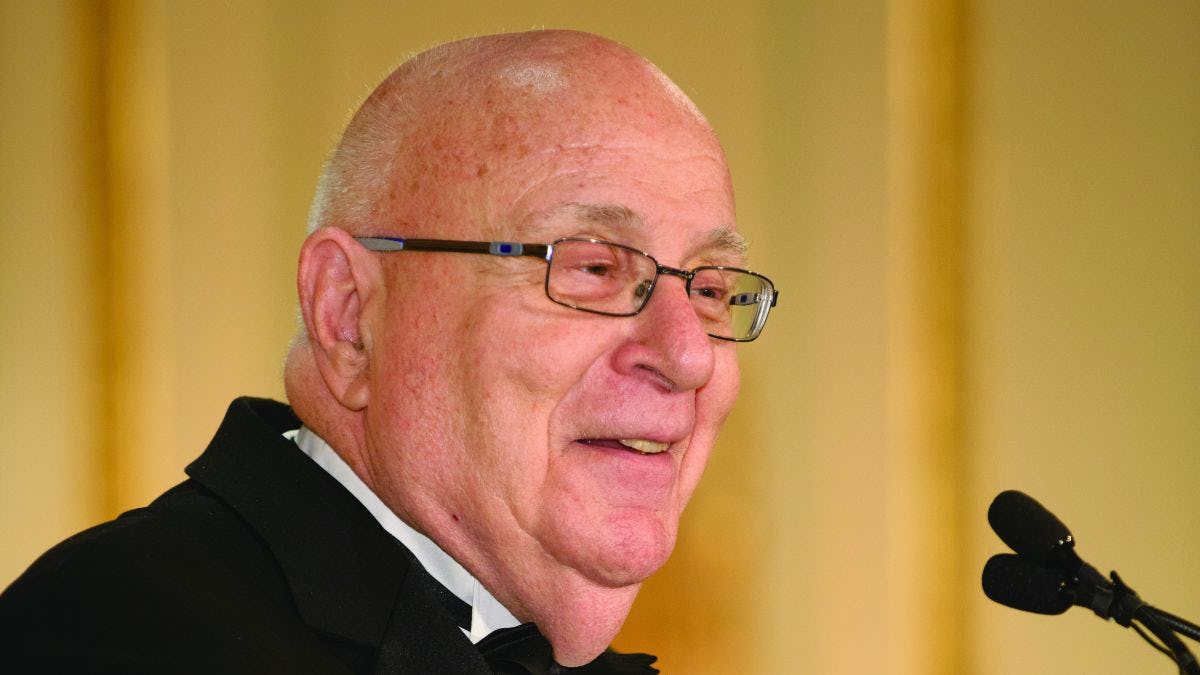 Stevens trustee emeritus and longtime benefactor David Farber ’56 M.S. ’61 Hon. D.Eng. ’99 has created a faculty fellowship and a student writing prize for the College of Arts and Letters.

To call the career of David Farber ’56 M.S. ’61 Hon. D.Eng. ’99 storied is an understatement. Known as “the Grandfather of the Internet,” the computer scientist’s early work in informational technology led to the world’s first operational, distributed computer system.

Farber then bounced between tech’s epicenters to help invent the field’s latest advancements but, in time, his focus shifted away from conceiving breakthroughs to considering the ethics of what had already been made.

“I had gotten interested in many of these issues of freedom and the impact of cyber,” Farber says, “because it was clear that what we were building was perfectly capable of making 1984 look like amateur day.”

In short order, Farber — who has had an extraordinary career in academia, with the University of Pennsylvania, the University of California at Irvine and Carnegie Mellon, and in industry, with Bell Labs and the Rand Corporation — collaborated with fellow pioneers to defend rights, liberties and privacy within cyberspace.

Now, with his support for Stevens, Farber, trustee emeritus of the Stevens Board of Trustees and the 2014 recipient of the prestigious Stevens Honor Award, encourages both students and faculty members to build moral considerations into their academic research.

“I think this happens often in technology, that as your career advances,” says Farber, “you start looking back and saying, ‘What have I done?’”

In the College of Arts and Letters (CAL), Stevens’ home for the arts, humanities and social sciences, a faculty fellowship established by Farber and his late wife, Gloria (GG), supports professors who raise public awareness about the social impacts of scientific and technological development. The current recipient of the David and GG Farber Junior Faculty Fellowship in Science and Technology Studies is Samantha Muka, an assistant professor of science and technology studies with CAL. Muka's research focuses on the history of marine science, and in particular, her work addresses the development and deployment of technology that studies and shapes the aquatic environments. This year, Chicago University Press will publish her first book, Oceans Under Glass. The publication will examine how aquarium users share research and maintain marine life under captivity. The first recipient of the Farber fellowship was Alex Wellerstein, a nuclear historian and currently a CAL associate professor.

For Farber, the creation of this worldwide communications systems can be cautiously compared to the development of nuclear weapons, as both advancements unleashed unintended consequences.

“When we created the Internet, it was a research experiment, and we didn’t pay attention to a number of things, because we were trying to make it work,” explains Farber. “Security and privacy were not issues we paid much attention to. It was outside the research objectives.”

“It’s a wonderful world, but it’s a dangerous world,” he says. “We’d like to understand how to make it less dangerous.” This pursuit has most recently taken Farber to Japan, where he serves as distinguished professor and co-director of the Cyber Civilization Research Center at Keio University in Tokyo.

Each year, Farber encourages students in both Tokyo and Hoboken to participate in his writing contest, which promotes the consideration of civil liberties. Awarded as the Joseph M. Farber Memorial Prize at Stevens, established in memory of Farber’s late son, Joseph, the accolade recognizes a CAL graduate who displays a keen interest in preserving human rights.

With this support, Farber hopes Stevens students enter their professions with an appreciation of how their decisions can impact the world.

“It’s important — especially in the sciences — to have a meaningful discussion of the ethics of your field,” Farber says.

To learn more about ways to volunteer with and support the College of Arts and Letters at Stevens, email Connor Durkin at [email protected]