From Polymers to Experimental Art: The Fascinating Career of Sunil Garg M.S. ’74 Ph.D. ’78 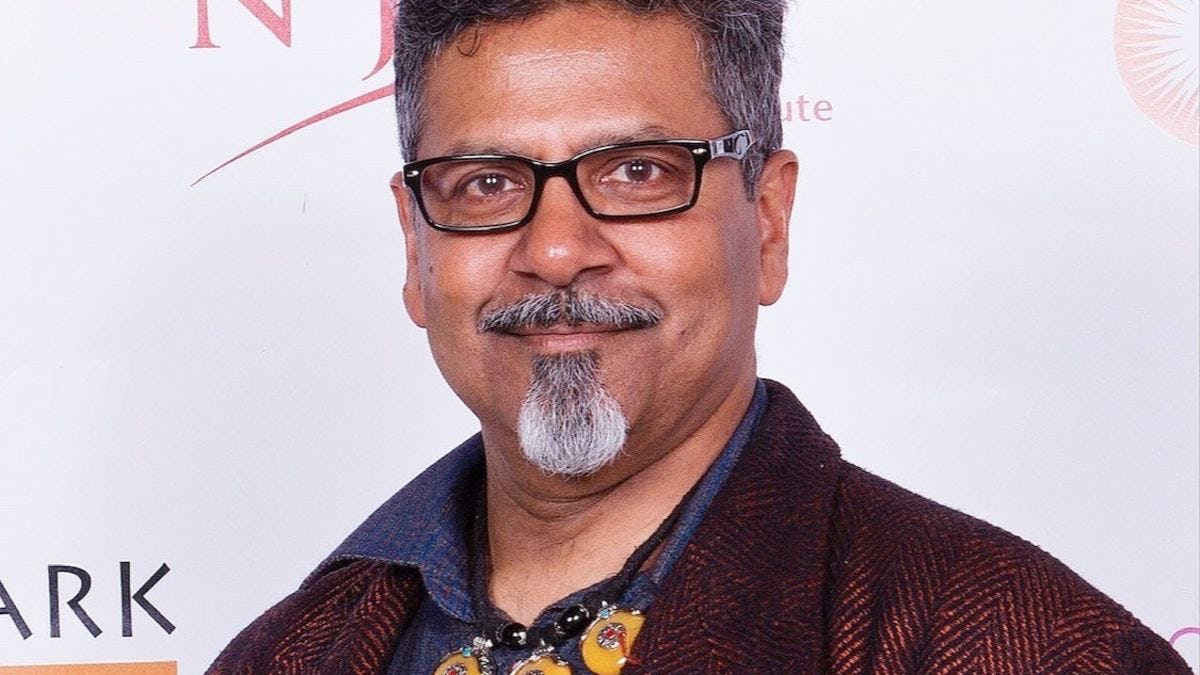 From Polymers to Experimental Art: The Fascinating Career of Sunil Garg M.S. ’74 Ph.D. ’78

The life and career of Sunil Garg M.S. ’74 Ph.D. ’78 are as mesmerizing as his art and music. As a teenager in India, Garg was a serious student of the sitar and had already earned recognition as a painter. But when he enrolled at the University of Delhi’s St. Stephen’s College, he chose chemistry as his major, even though there was no chemical industry in India at the time. To pursue his growing interest in polymers and plastics, Garg would have to look beyond India to find a graduate-level program. “Back then, you had to go to the library to get information about universities,” he says with a laugh. Fortunately, his research led him to Stevens.

“Stevens offered me a full fellowship to study synthetic materials,” he continues. “As a musician and artist, I was also interested in the university’s proximity to New York City.” Garg immersed himself in the cultural life of the city, performing with several avant-garde ensembles and on In:Sanity, an influential jazz album by the group The 360 Degree Music Experience.

After earning his master’s and Ph.D. at Stevens, Garg joined Celanese Corporation, the Fortune 500 global technology and specialty materials company. Promotions followed and soon Garg was on the corporation’s leadership track. When his employer offered to cover the cost of another academic degree, Garg chose environmental law. “I attended classes at night while working full-time during the day,” he recalls. “It was hard work, but a very good opportunity. At the time, environmental lawyers were in high demand.”

Today, Garg pursues his art full time. He has had gallery shows and installations throughout New Jersey and as far away as Wisconsin and Florida. He has just opened a new, 1,100 square-foot studio at Mana Contemporary in Jersey City. “I look forward to making new, large scale work in a space with 16-foot ceilings located in a premier creative space with a large and talented artistic community,” he says excitedly.

Although he studied chemistry at Stevens, Garg feels that the education he received at Castle Point has contributed to his success in every one of his ventures. “I learned how to approach a problem or issue, how to study it and how to solve it,” he says. “In the creative process, you need to have a vision for where you are going – otherwise, how would you achieve it? Stevens taught me how to think through that.”

He finds this to be especially true when he is developing large-scale installation art pieces. “When I am framing my idea, I am concerned with building something that will last. I need to consider the location and its environment, as well as the properties of the materials that I will be using,” he explains.

Garg indulges in a little bit of nostalgia when remembering his time as a resident student at Stevens at a time when the college was primarily serving commuter students. “Weekends were especially quiet on campus back then. There was a small group of us residential students, mainly from outside the U.S., and we would enjoy having the run of the campus,” he recalls. “In fact, it was on those weekends that I learned to bowl, in the lanes under the Howe Center!”

Still, he marvels at how Stevens has grown. “There are students coming from all over the world and the university has added offerings in humanities and athletics. You won’t find another institution that provides a world-class technical school that also offers so many cultural and mind-expanding opportunities,” he says. “Stevens has changed so much since I was a student, but the spirit of openness and innovation is still there.”