Student's Musical Journey Leads To Stevens and Beyond 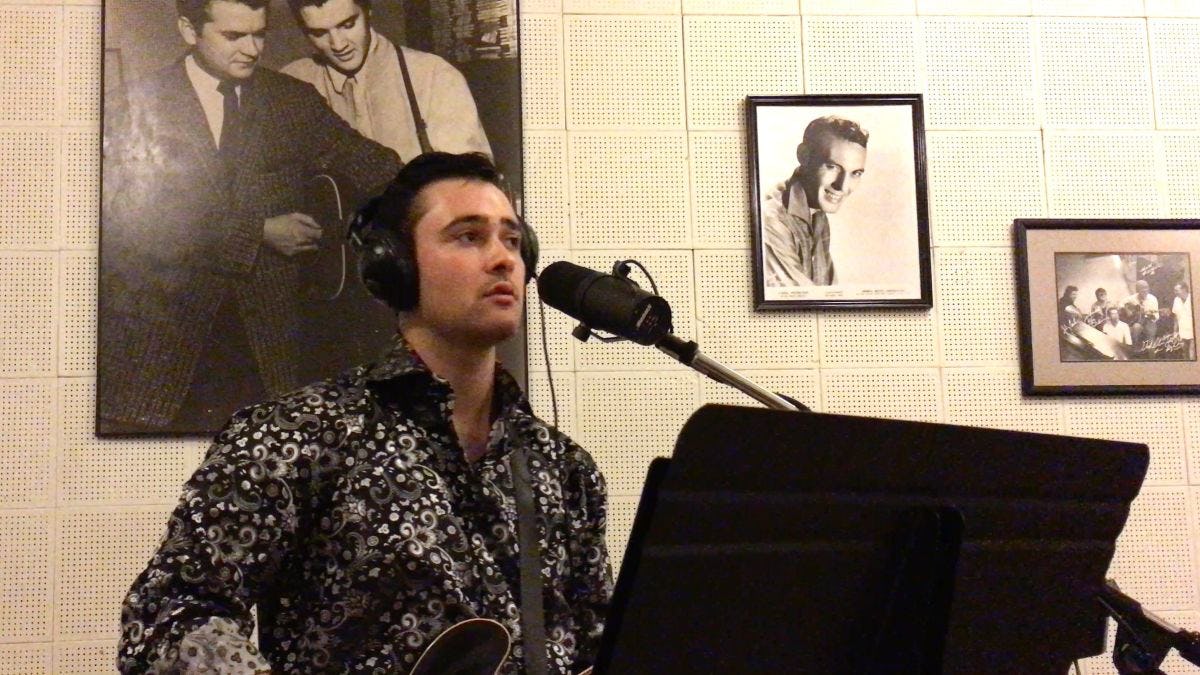 It's not unusual for Stevens Institute of Technology students to head into Manhattan for a show at one of the city's famous live music venues.

But some might be surprised to find one of their own classmates headlining the rock bill at a club like The Bowery Electric when they get there.

"It's fun," says junior Jack Skuller '18, who regularly performs both in the city and locally — all while balancing studies in music & technology and electrical engineering and a recording and touring schedule with a brand new band. "I do what I love, and I am also in the right place to educate myself about the music business."

A place to grow as an artist and a student

Skuller's musical inspiration, he says, began with his father Eddie, who performed in Hoboken and New York City (and still occasionally does) and recorded several albums.

"I learned there's a certain power that you have when you are on a stage and you can convey a message," he recalls.

Skuller began singing to his father's music and learning to play guitar at the age of eight; cut a single at age 13 on legendary Hoboken indie-music label Bar/None Records with former Ramones producer Daniel Rey; and was selected to tour the U.S. regularly with a Radio Disney ensemble of up-and-coming musicians.

"I quickly learned how to be professional, how to carry myself; it really sped up my development," he says.

Later Skuller was awarded the prestigious Buddy Holly Prize from the Songwriters Hall of Fame, which honors a talented young singer-songwriter whose work echoes Holly’s own blend of quality, originality and authenticity.

After just one day in the university's summer pre-college program in multimedia production, the high-school sophomore was hooked on the campus, its music-program facilities and the quality of the instruction.

"I already knew I loved Hoboken," he recalls. "But sitting there listening to Professor [Rob] Harari's lecture made me realize instantly what I wanted to study for four years when the time came. On day one here, I already knew that."

He has enjoyed workshops and lectures in sound recording from Harari and working closely with Artist-in-Residence Carlos Alomar, who refined Skuller's guitar technique for two full years.

"It's amazing to stop and realize sometimes that you're working one-on-one with one of the biggest legends in rock and roll," marvels Skuller. "He figures out where you are and makes you better. He's kind of brilliant that way.

"You expect a wall to exist between student and famous professor, and then you come here and find he's intimate, he cares about you, cares what your style is."

After graduation, Skuller plans to remain in the area and continue his Stevens education, pursuing a master's degree in management in order to broaden his knowledge of the music business. All while continuing to perform and record.

"It sounds cliché, but I really do want to try to do it all," Skuller says of his ultimate goal. "Perform, tour, write songs, sound-engineer, produce, manage. I'd like to be a walking music industry, with all the tools, and that's exactly what Stevens is giving me.

"A lot of people think New York City is the center of the world, but it's very easy to make Stevens the center of your world. The faculty here become your first professional relationships and help you develop as a person, a student and a professional. The Stevens experience is incredibly valuable."