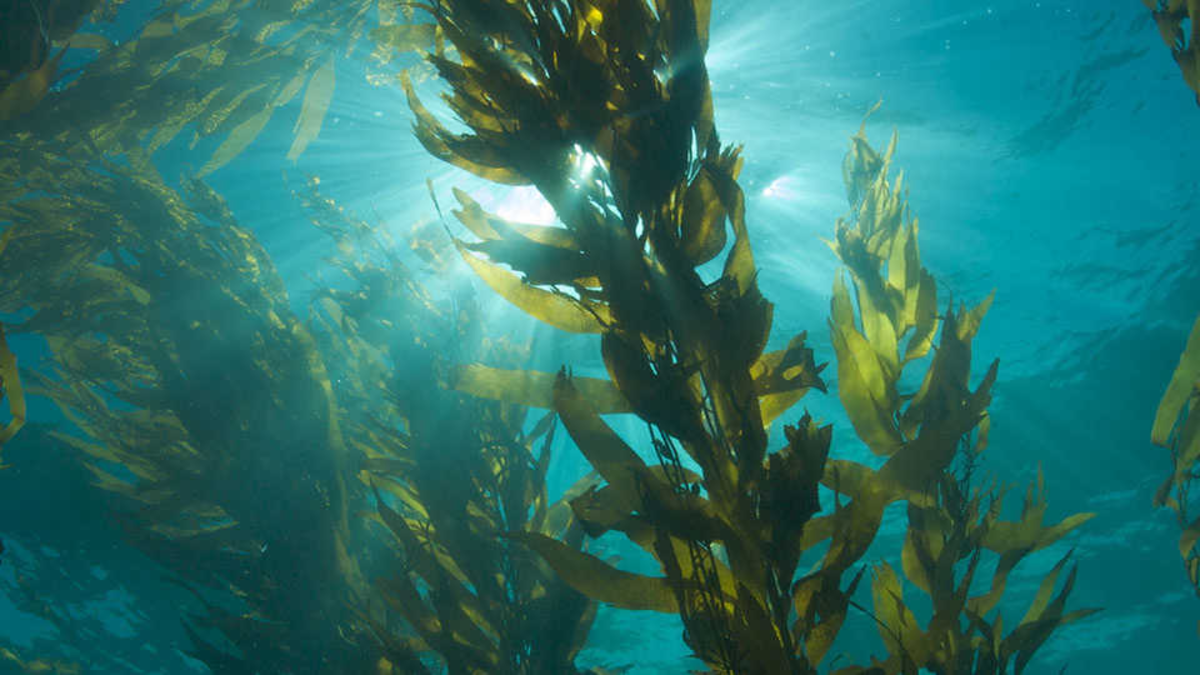 For one member of the Stevens Institute of Technology SeaWork team, the guiding principle of sustainable ocean farming has always just made sense. “There’s not enough land in the world for people and farming, so one of them has to go toward the ocean,” says Alexandria Austin.

Austin and teammates Alessandra Chieff, Julianne Depardieu, Samuel Fuller and Mary Libera leveraged that intuitive understanding into a unique solution for the problems that come with population growth and climate change. Their Deep Ocean Remotely Monitored (DORM) alpha prototype is a proof-of-concept for an ocean farming system that collects data and monitors the growth of seaweed, an alternative food crop that could change the way the planet eats.

A Planet in Flux

According to the project proposal by the team’s faculty advisor, ocean engineering assistant professor Mirjam Furth, the statistics are alarming. By 2050, the world population will balloon to 9 billion people. Experts worry that this increase could stretch the current agricultural system past its breaking point. Furth points out that farming a mere 2% of the world’s oceans could produce enough seaweed to meet the protein needs of 12 billion people – far more than expected population growth requires.

Seaweed has other benefits, too. It’s an efficient crop that needs only saltwater and light to grow, which compares favorably with the 6.8 pounds of feed required to produce just one pound of beef. Seaweed also absorbs 30% of greenhouse gases.

Engineering for the future 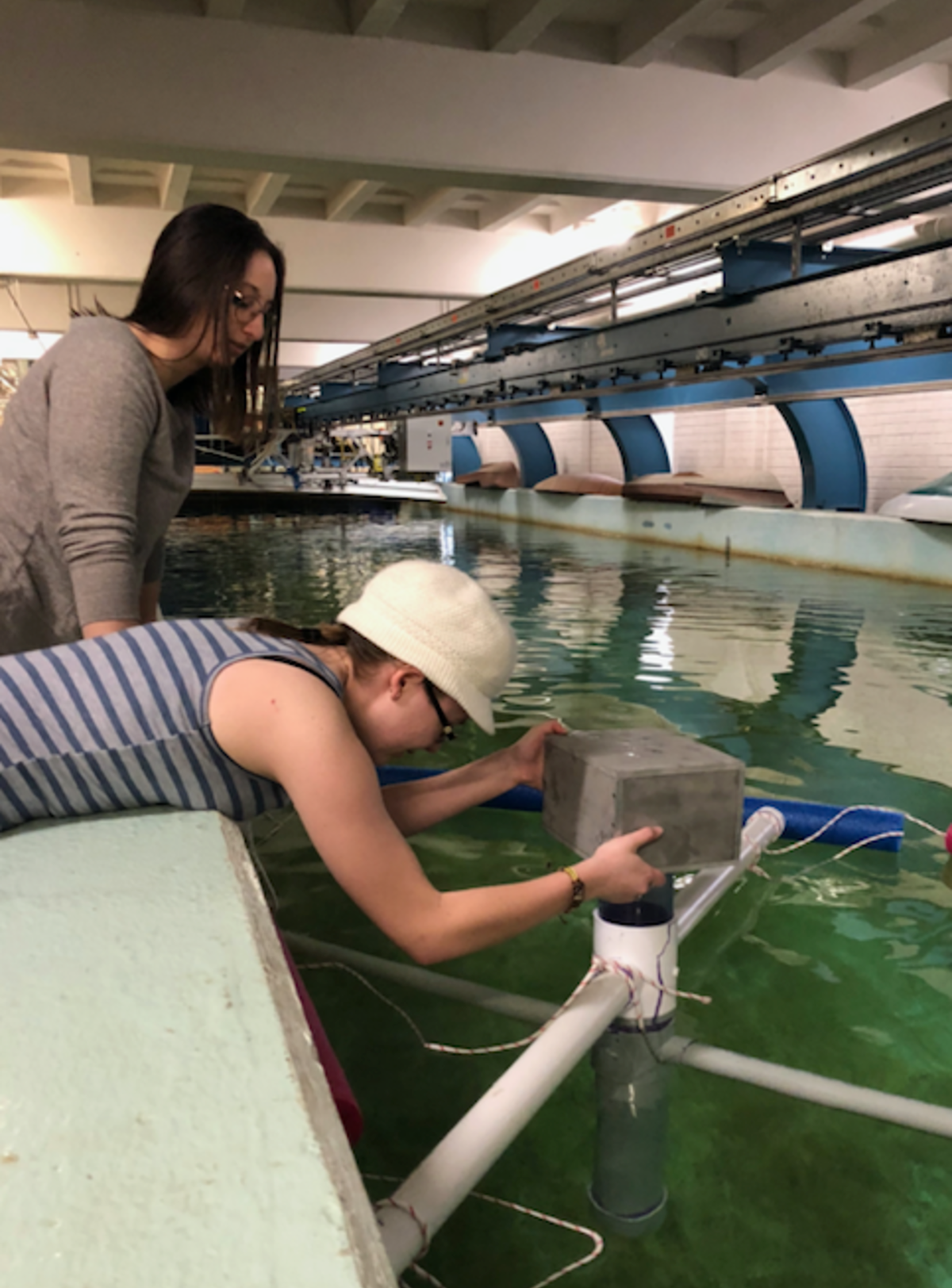 It’s a unique solution to a looming problem. For the SeaWork team, that uniqueness is both exhilarating and challenging. It makes research difficult since there aren’t as many references to offshore farming tech design as there are for more traditional constructions like bridges. “That’s one of the reasons we all chose it,” says Chieff. “It’s never been done before and has so much potential. We’re just scratching the surface of it.”

There are technical obstacles, too. They need their prototype to be watertight yet also allow access to the sensor suite. And all the physical components of the prototype must be easily fabricated by the machine shop. One of those challenges – the corrosiveness of seawater – inspires the team to take an incremental approach: design their alpha prototype for deployment in freshwater and alter it to withstand seawater down the road.

The DORM system hub houses electronics to measure growing conditions (temperature and pressure) and a swiveling, rotating camera to monitor crop growth. Eventually, the system will require upgrades for deep ocean applications as well as a fully-integrated wave energy generator system. It might also gain the capability to weigh the seaweed crop and ping the farmer when it is ready for harvest.

To meet those challenges, the SeaWork team draws on the strengths of multiple departments and fields – electrical engineering, mechanical engineering, naval engineering and sustainability. “Being interdisciplinary has helped us figure out those roadblocks,” says Depardieu.

Furth agrees and notes that the quality will benefit the students after they leave Stevens. “I like multidisciplinary teams. They’re more realistic because when you go out to work, it’s not like everyone in the company studied all the same things or has the same background as you,” says Furth.

The team will take that collaboration to the next level soon. They are working with another senior design team from the University of Southampton in the United Kingdom – who also tackled the sustainable ocean farming technology proposal – to write a joint paper for the Society of Naval Architects and Marine Engineers Maritime Convention.

If tacking on conference papers to senior design projects is rare, so is the makeup of the SeaWork team, which is mostly women. “Being on a mostly female team is something of a rarity at Stevens, where the population is made up of 70% male students,” Libera says. “It’s really empowering to be on a team with strong, smart and driven women as well as have the support from our male team member,” they add.

The team relies on lessons learned at Stevens to see this project through from conception to prototype. “It was kind of fun to think back to sophomore year classes and draw on those skills of deflection calculations and, now as a 5th year, see how it’s relevant,” says Depardieu.

Austin agrees. “In past classes, I’ve either designed something or built something that someone else designed,” she says. “Here, I’m seeing my design put into a physical structure that I get to test. And if it doesn’t work, I have to figure out why. I get to apply all the engineering courses I’ve taken to teach me what to look for in terms of quality and error.”

The SeaWork team looks forward to presenting their prototype at the Innovation Expo but hopes that the work does not end there. They want future senior design teams to pick up where they leave off, optimizing the design or adding to it. “I really want to come back here as an alumnus and see this project evolve into something that has a much larger budget and bigger objectives year over year,” says Austin, who plans to donate to the project in the future.

The team believes that, with ongoing work performed by Stevens students, the DORM system will be ready to launch into the commercial sphere within the next 5 to 10 years.

See this project and many others at the 2019 Stevens Innovation Expo on May 3.