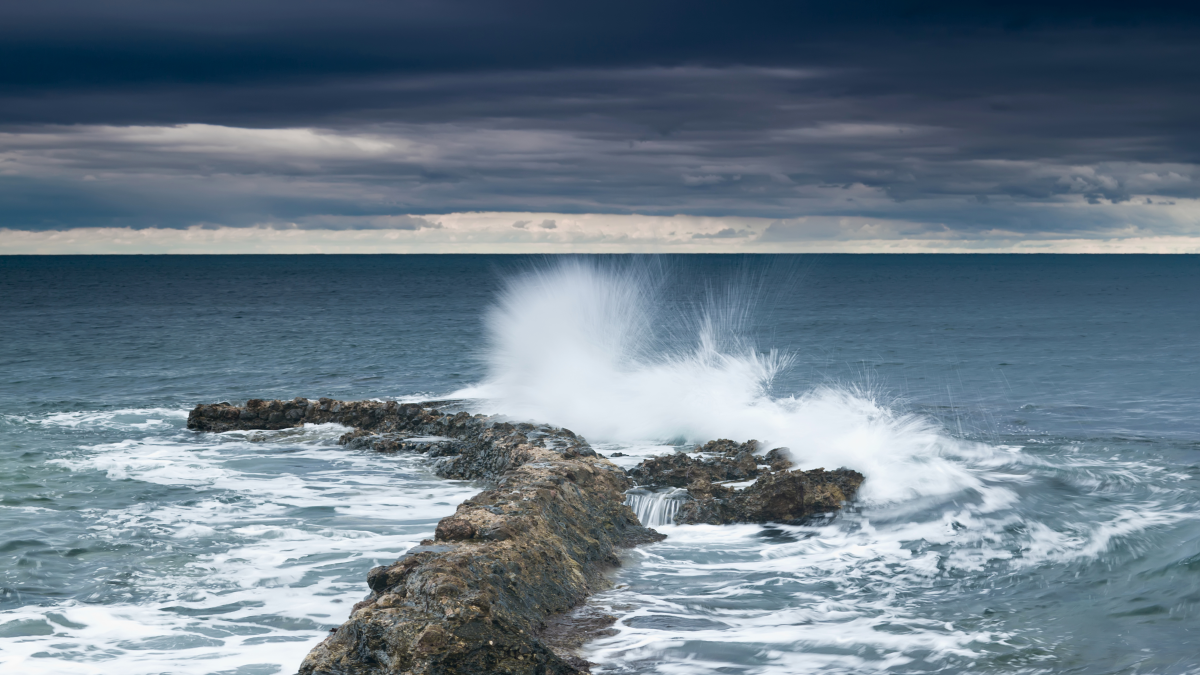 The New Jersey Department of Environmental Protection projects that sea levels will rise between 7 and 21 inches by the year 2100, thereby increasing the threat of extreme storm surges and coastal erosion. Both the New Jersey and New York coastlines have been damaged by flooding and the threat continues to affect vulnerable local residents.

With this in mind, a team of computer science (CS) majors at Stevens Institute of Technology has developed a mobile app that will help citizens better visualize and understand flood data in real time.

At the beginning of this year’s CS senior design/capstone course the Coastal FloodHub project was pitched, along with 30 other projects, to Stevens CS seniors by Laura Kerr, a member of the Coastal Engineering Research Group at Stevens, and Phillip Orton, a research associate professor of ocean engineering at Stevens. (In addition to the Coastal Engineering Research Group, the Coastal FloodHub is also sponsored by the NJ Sea Grant Consortium, which has worked in the state, for over 40 years, to develop programs to help resolve coastal issues.)

The app works by using a variety of data, including site identification, GPS coordinates and forecast water level, all provided through the Stevens Flood Advisory System. Users are able to view the relevant information regarding numerous sites along the New York/New Jersey coastal area. Users are also able to upload their own flood-related observations, making them available to other users. The hope is that community members will benefit from this data by seeing predicted flooding risks in areas of relevance to them and help them make informed decisions to avoid such areas.

According to team member Kai Engwall, “Helping more people to be knowledgeable about flooding is important.” Engwall also indicated that developing the project was challenging but the clients, working with the team, helped guide them. “There’s always stress and you don’t want to let them down, but they’re happy with our work,” he said.

Kyle Henderson added that the team was given guidelines and then it was up to them to figure out how to execute them.

Eric Stazzone was pleased with the work the team did and how far the project went. “The project helped with a lot of skills and reaffirmed my confidence in software engineering,” he said, “I definitely feel proud; we started with nothing.”

It has already been decided that the project will be continued during the next academic year, possibly with one or more of this year’s team involved.

According to David Klappholz, the Stevens professor who teaches the CS senior design/capstone course, “The purpose of the course is to have students go through the entire software development lifecycle; that is, requirements, design, implementation, testing, and delivery. A large percentage of CS seniors have had summer internships in industry, but most internships don’t put students through the entire lifecycle.”

Professor Klappholz is also very optimistic about the direction in which the computer science department is heading in. Last year there were 120 CS seniors; this year there are 160, and next year there will be 210 or so. As a result, each academic year more senior design projects are needed. On this site you can see details of projects that ran as far back as the 2011-2012 academic year, and can find out how to pitch a project.