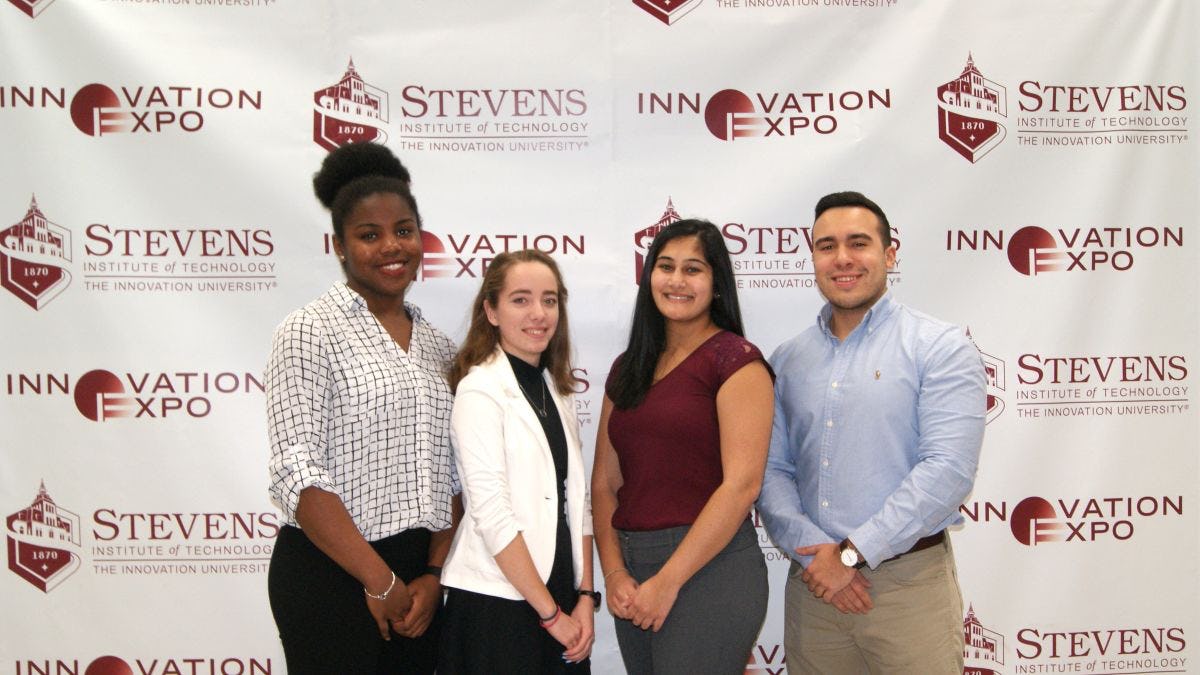 When tasked with creating plans for a new elementary school, a team of Stevens Institute of Technology seniors worked hard to ensure the space would inspire learning both inside and outside of the classroom. The end result will be a modern building that also provides educational opportunities through its green infrastructure—all without going over budget.

Known as the Building Blocks Construction Team, these students will showcase the extensive effort behind their Denbo-Crichton Elementary School this week at Stevens’ Annual Innovation Expo on May 2.

Along with developing a complete site plan for the school, civil engineering majors Megan Brown, John Cayetano, Julia Khatri and Lauren Logan also took on construction phasing and cost estimation. While school officials already settled on a contractor for the real Denbo-Crichton Elementary School, the team worked with corporate sponsor Louis Berger to create its own concept.

"We wanted to do something unique rather than a plain square school," Brown said.

The result is a 130,000-square-foot L-shaped building that features both a two-story and a one-story section. The new structure will replace two outdated schools while increasing capacity. The site plan also includes an athletic field encircled by a track, two playgrounds, a parking lot and a bus loop. 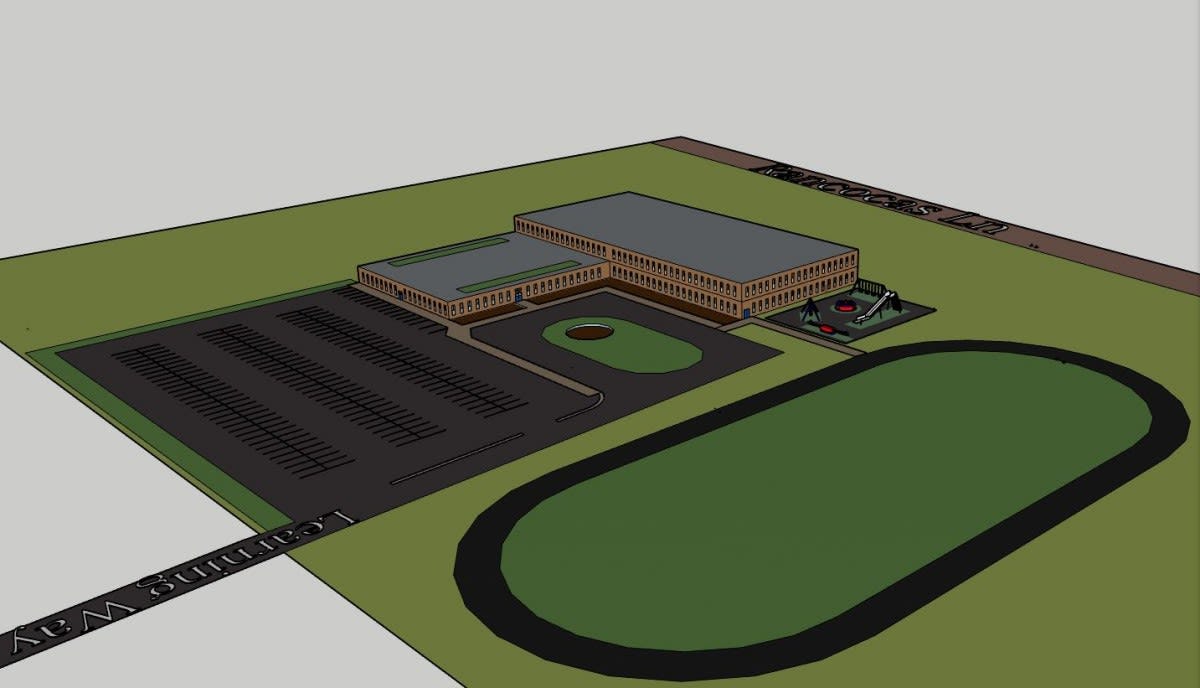 The team met twice a week and divided up parts of the project based on individual strengths.

"Our challenge was to divide and conquer so we could all get a taste of each part of the project, but there were still one or two people who had the main control in completing that assignment," Brown recalled.

Well-versed in AutoCAD, Cayetano managed the design of the bus loop and parking lot. Khatri ensured the team had all the proper permits and oversaw the construction schedule and cost estimates for the project. Both Logan and Brown focused on stormwater management and green infrastructure.

When it came time to determine the school’s foundation, Cayetano and Khatri brainstormed ideas. Khatri then created a weighted matrix that allowed her to compare and score foundation types. The team’s ultimate choice—a shallow foundation with a continuous wall footing and a slab—was the most ideal for sandy soils native to the area, carrying a uniformly distributed load and ease of constructability.

To keep track of the project’s components and who was working on what, the seniors created a Gantt chart. The group was well-versed in using the critical management tool, which was invented by a Stevens alumnus. "Stevens has been teaching us [Gantt charts] since design one. It’s ingrained in us now," laughed Brown. The team also used SketchUp to produce renderings of the building. AutoTURN was used to ensure the turning radius of large vehicles was accurate. "That was probably the hardest part…making sure we had enough space for the bus, the fire truck, all the emergency vehicles and the cars," Brown recalled.

Another challenge with the design was creating a safe area for parents to drop off their kids without interfering with buses. "That was also a difficult task, trying to figure out where to put the parents in the most convenient place and also to have the buses close to the front door," Brown said.

The seniors also had to deal with various restrictions related to building near protected wetlands. Their site plan could not be built within 300 feet of the wetlands buffer and could not have a negative impact on the wetlands. Thankfully, the students put their stormwater management knowledge to good use. Using the WinTR-55 program, Logan determined peak water flows in both the previous conditions and the proposed design. Both Logan and Brown also used Microsoft Excel to create hydrographs and determine specifics for the team’s green infrastructure.

In the end, the seniors were able to reduce stormwater runoff offsite by 85 percent. The team achieved this impressive feat with the creation of two rain gardens, a garden roof and a grass swale.

The grass swale moves water into an inlet at the southeast corner of the school and away from a parking lot with nearly 200 spaces. The team chose grass due to its permeability. The garden roof stores runoff from the one-story section of the roof with any overflow piped into a nearby rain garden or the grass swale.

The group worked to keep the rain garden closest to the school within a certain depth to avoid having it fenced in, which would have hindered student access. In order to ensure water reached the second rain garden, the team slightly sloped the bus loop pavement.

"Ideally on a daily rain day, no water should be taken to the wetlands," Brown said. The group’s faculty advisor, teaching professor Leslie Brunell noted how this experience has exposed the team to the real world of design and its limitations.

"A textbook isn’t going to show the wetlands, a fire truck that needs to get through, students getting dropped off," Brunell said. "They’ve done a really good job."

"We knew we wanted to have something we’d be proud of in the end," Brown said. "Definitely seeing all of our work come to close, it’s amazing what we’ve accomplished in under a year."