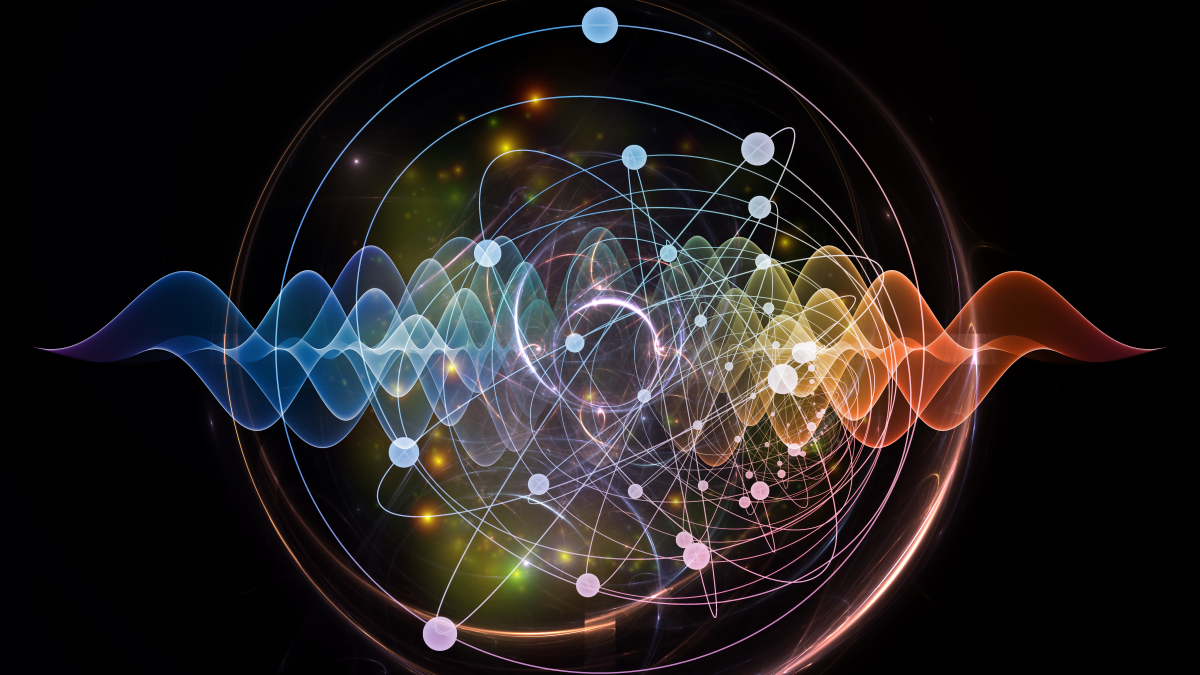 With a simple mathematical equation, Xiaofeng Qian has helped bring a whole new understanding to the complex world of quantum mechanics

A hundred years ago, the top minds in physics — including Nobel Prize winners Albert Einstein, Niels Bohr and Louis de Broglie — struggled with the idea that quantum objects such as photons and electrons could act as both particles and waves, a contradictory phenomenon that classical physics had deemed impossible.

Fast-forward to today, and Xiaofeng Qian, assistant professor of physics in the Charles V. Schaefer, Jr. School of Engineering and Science at Stevens Institute of Technology, and Girish Agarwal, physicist at Texas A&M University, have cut through the complexities to present a remarkably simple, mathematically based solution that brings new understanding to quantum mechanics.

Their theoretical prediction about the “wave-ness” and “particle-ness” of quantum objects, published in Physical Review Research, has achieved two distinguished milestones.

First, scientists Tai Hyun Yoon and Minhaeng Cho at the Institute for Basic Science in South Korea verified the theory through real-life experimentation.

A solution as easy as D,V, μ

Qian has devoted his research to understanding the behavior of quantum objects such as photons and electrons, and exploring the relationship of quantum physics to classical physics. One of his key projects is centered on quantum foundations, which involves the “wave-ness” and “particle-ness” of those quantum objects.

“We live in a classical world, where objects either behave like a wave or a particle,” he explained. “For example, at the beach, we see the sand, in which each grain behaves like a particle with a very specified, localized position, and the water, which is a wave that spreads everywhere. If you throw a stone into the water, it generates a wave. If you throw two stones in the water, the two waves can collide and interfere with each other. A single particle of sand cannot do that. People have understood that for hundreds of years, and it’s fundamental to classical physics.”

And then, in the early 20th century, the brand-new study of quantum mechanics shook the foundation of those classical understandings. In these atomic and subatomic quantum systems, objects behaved in completely different and unexpected ways. Light, in particular, presents a complex conundrum, because light can behave like both a wave and a particle. From that insight emerged the fundamental quantum concept known as wave–particle duality, upon which Qian and Agarwal’s theoretical prediction is built.

“We came up with a new idea that the sum of an object’s ‘wave-ness’ and ‘particle-ness’ means something,” he explained. “Everybody had focused on the individual properties of whether an object is a wave or a particle or if it can be both, but nobody had thought about whether the combination could mean something. It’s like how a magician has you focus on one hand while he is doing something with the other hand, and nobody notices that! We got inspiration from classical optical systems, where these two quantities are much easier to understand, measure and explore. We theoretically predicted that these properties are not only connected, but that they are also controlled by the object’s source purity.”

The challenge is complex, but Qian and Agarwal’s mathematical equation is simple:

where D distinguishes the “particle-ness,” V represents the “wave-ness” and the Greek letter μ describes the purity of the source of the quantum object. Qian, who has loved math since he was a child, is fascinated by this simplicity.

“I got interested in physics because it's about a curiosity to understand nature in a better way. And it’s amazing when a simple equation explains the universe and nature and how objects behave. It’s like Newton’s Law: F=MA, or force is equal to mass times acceleration. There are only three letters in there, and it explains everything in classical mechanics, like how the plane can fly and how the train can run. It’s amazing that duality, this very abstract, very fundamental concept in foundational physics, can also be explained in such a clear and quantified mathematically neat way.”

Taking up the next step of the challenge, the IBS researchers were able to fully quantify how much “wave-ness” and “particle-ness” a photon has, further explore the complementary nature of these properties and finally corroborate Qian and Agarwal’s prediction.

“It's exciting when theoretical physics can be confirmed in a real situation, and it’s wonderful that less than a year later, the experiment proved our predictions,” he said. “We’re always trying to bridge the gap to have a rational or a better intuitive understanding, and this brings our fundamental understanding of nature to a different level.”

And now, Qian is part of another mathematically simple scientific advancement with its own groundbreaking possibilities — which led to the Physics World Top 10 Breakthroughs recognition.

“It's a very nice example of theorists and experimentalists both making contributions,” noted Physics World editor Margaret Harris in a recent episode of the magazine’s weekly podcast. “The theorists predicted, ‘Hey, you should be able to find this relationship if you can get the source purity good enough,’ and experimenters said, ‘Oh, that sounds cool. We can do that.’… We really love a good experiment that probes the foundations of quantum theory, and we like this one because it treats the photons’ ‘wave-ness’ and ‘particle-ness,’ not as something mysterious and esoteric, but as a thing you can measure and understand. It does also have some potential applications in quantum information…. It's one of the foundations of quantum mechanics, and it's really lovely to see it being probed.”

Qian admits that, just like quantum mechanics itself, the significance of this research wasn’t immediately clear.

“When you do the research, you think about it every day, and you don’t think it’s a big thing,” he noted. “But when I read the remaining nine breakthroughs, I felt good about our work. It’s really a great honor.”