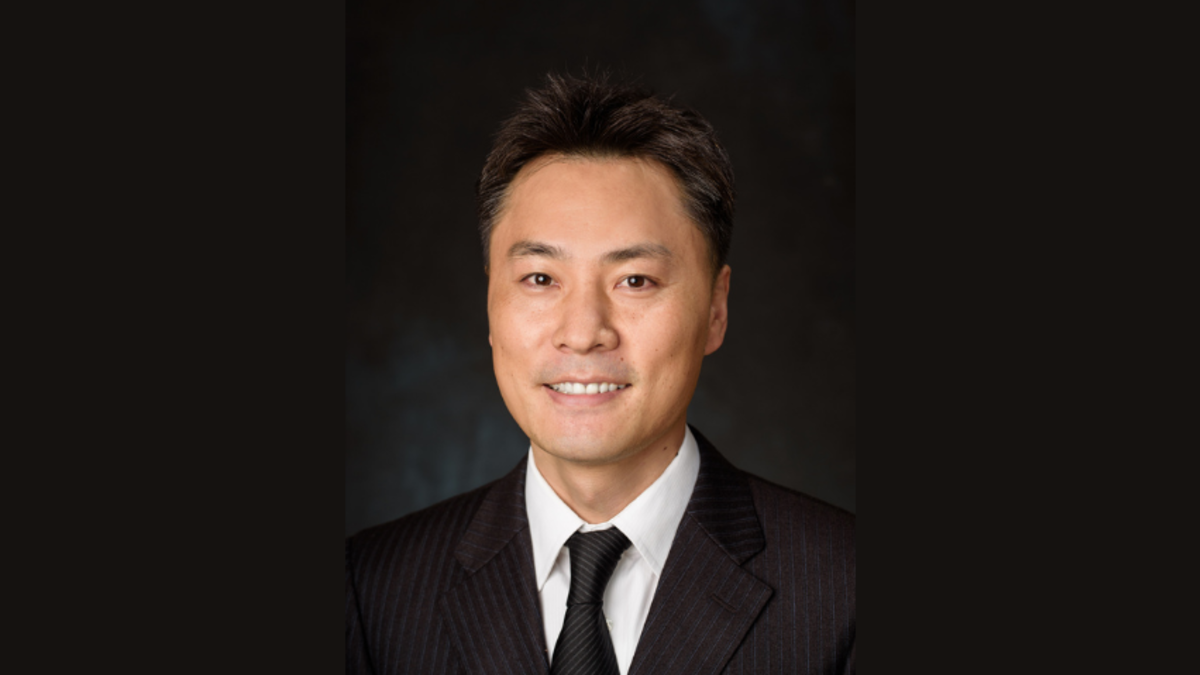 With a National Science Foundation (NSF) CAREER Award grant, Jinho Kim is studying the biomechanics of how lung tissue can be damaged while on a ventilator and how the ventilation-induced lung injury can be prevented and treated to save lives

It’s been said that the secret to life is easy: breathe in, breathe out, and repeat. But for people whose respiratory systems are compromised from issues such as cystic fibrosis, pulmonary fibrosis, COPD or severe lung infections related to COVID-19, the simple act of breathing isn’t always that simple.

While mechanical ventilation has been a life-saving procedure for patients with severe lung diseases, it can also damage the patients’ lungs, reducing their quality of life and even their lifespan. In addition, organ donors who are typically supported via mechanical ventilation frequently experience lung injury due to prolonged ventilation, rendering their lungs unsuitable for donation to help others suffering from incurable lung diseases. 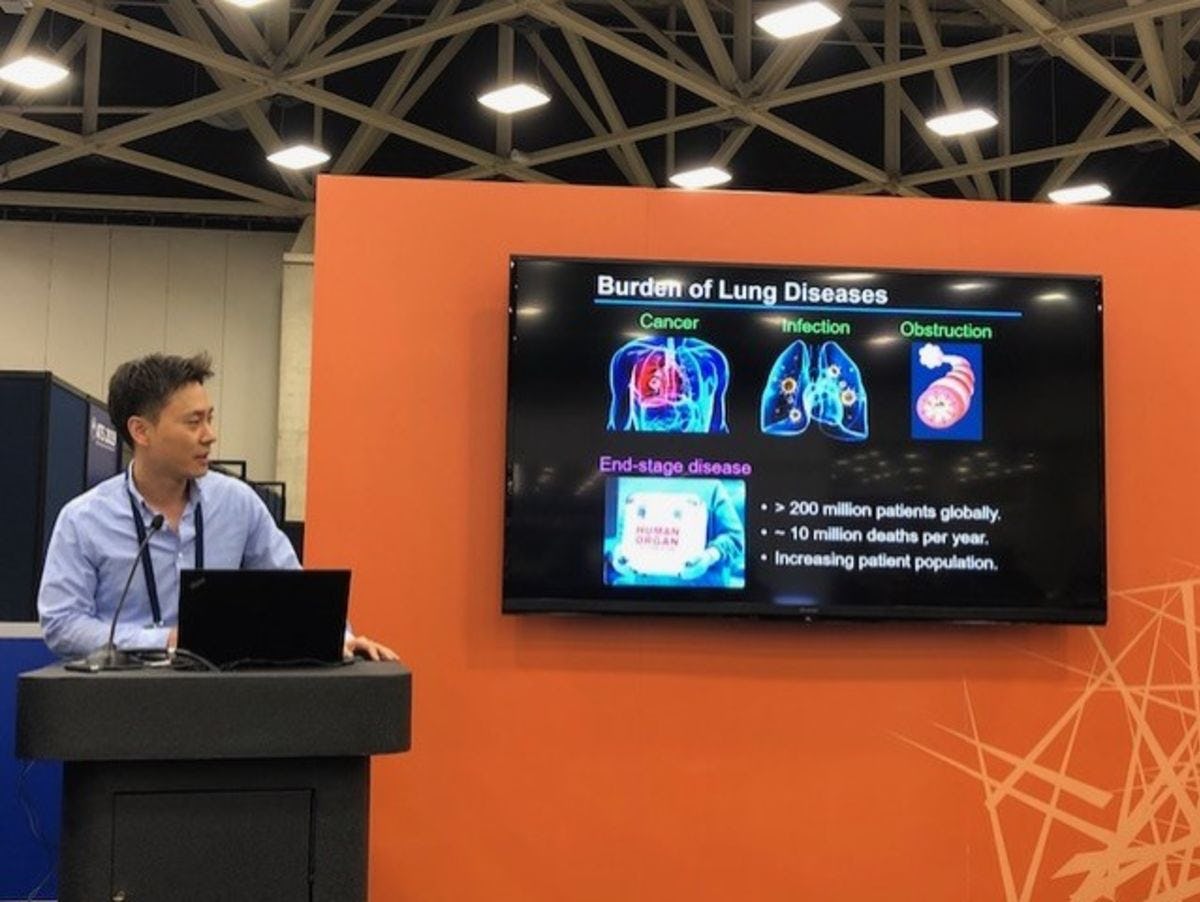 It’s a situation that Jinho Kim, an assistant professor of biomedical engineering at Stevens Institute of Technology, has been studying since he joined Stevens in 2018. Thanks to the prestigious CAREER Award (total award amount: $576,065) that he was recently granted from the National Science Foundation (NSF), Kim has just embarked on a five-year study to better understand the “Biomechanics of Tension-Induced Lung Tissue Fracture and Subsequent Pulmonary Air Leak.” Kim said, “I am very honored and excited to receive the NSF CAREER Award. This award will help me study lung tissue mechanics and also create outreach educational programs for local minority students.” Kim’s long-term career goal is to become a leading expert in the field of lung mechanics and an educator who focuses on mitigating learning barriers for traditionally underrepresented minority students.

Healthy lungs are soft and aerated so they are very elastic and deformable. On the other hand, diseased or damaged lungs frequently lose their deformability that makes it very difficult for patients to breathe. Mechanical ventilators can provide oxygen to the patient’s lungs to facilitate their breathing, but the repeated forceful stretching of the lung tissue can cause dangerous collateral lung injury that can lead to tissue tear and sudden respiratory failure.

In his CAREER grant application, Kim, who has been studying lung tissue mechanics since he began his postdoctoral training at Columbia University in 2013, proposed a comprehensive research plan to study how mechanical ventilation can affect the lung deformation mechanics, and how the lung tissue damage can be diagnosed, repaired, and prevented using bioengineering techniques.

“When patients’ lungs are severely damaged due to mechanical ventilation, it becomes very challenging to maintain their respiratory function. In this devastating situation, clinicians have limited options to help the patients,” he explained. “It has been difficult to study the dynamic deformation mechanics of the lung that undergoes continued ventilation, because the lung is located inside the chest cavity and thus not readily visible and accessible.” 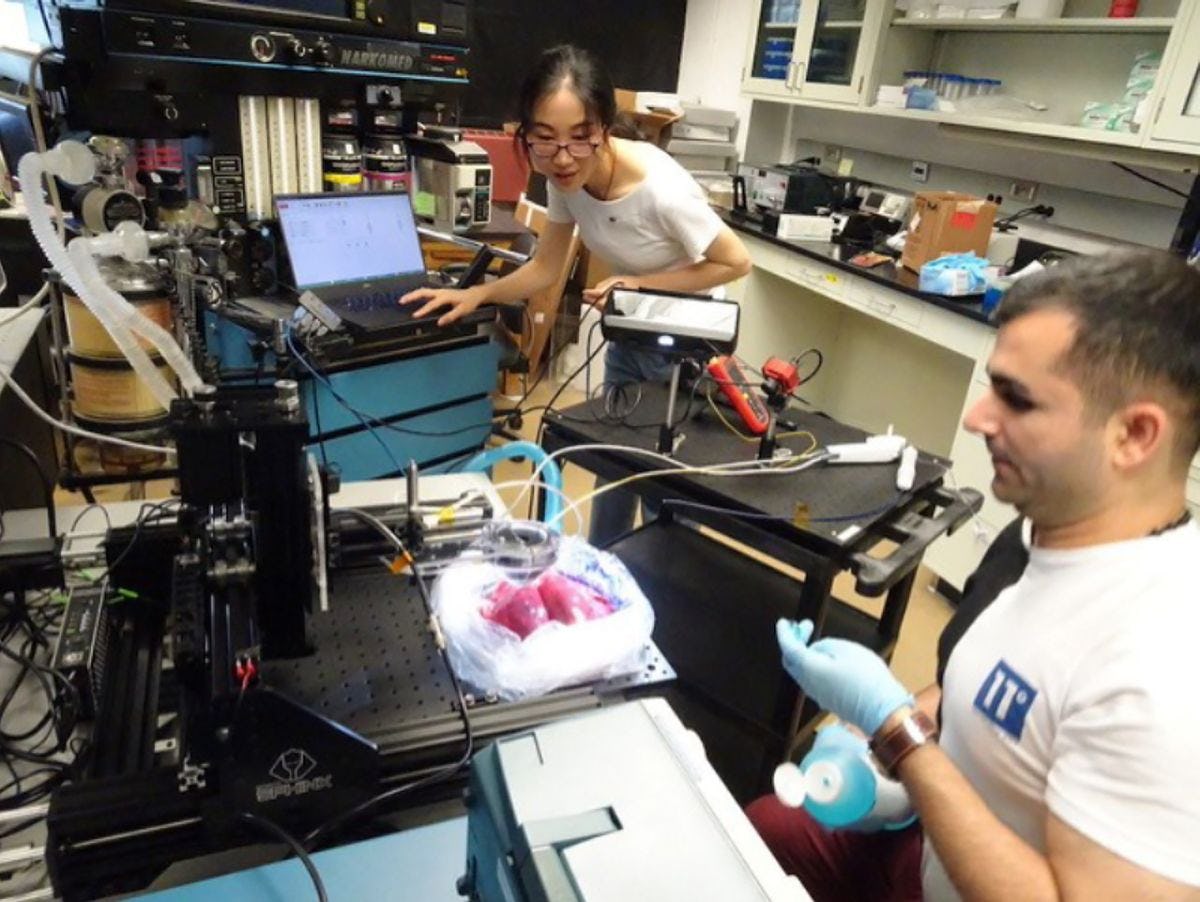 Seyed Mohammad Mir and Jiawen Chen working with swine lungs in the lab..

“In my Translational Bioengineering Laboratory,” he continued, “two Ph.D. students (Mohammad Mir and Jiawen Chen) and I created a computerized transparent bioreactor that can provide a near-physiologic environment to explanted rat lungs outside the animal’s body. The rat lung bioreactor is coupled with custom-built imaging devices and sensor modules that can allow us to monitor and quantify the lung tissue mechanics in real time as ventilation-induced injury initiates, propagates, or resolves within the lung. With our collaborators at Columbia, Vanderbilt, and Stanford University Medical Centers, we also created an acoustically guided device to diagnose lung injury and hydrogel-based biomaterials to heal damaged lung tissues.”

Because human lungs are physiologically very different from rat lungs, additional rigorous studies are required to expedite translation of the research team’s findings and resulting technologies to clinics. Kim is optimistic and excited about the project’s clinical potential as his team has been obtaining promising results from the preclinical studies that his lab and collaborators have been undertaking using human-size swine lungs.

“If everything goes well as we planned, our bioengineering methodologies and tools can be disseminated soon to help patients with ventilation-induced lung injury recover quickly,” he said, “and our technologies can also allow us to establish therapeutic strategies that can prevent such lung injuries in the first place.” 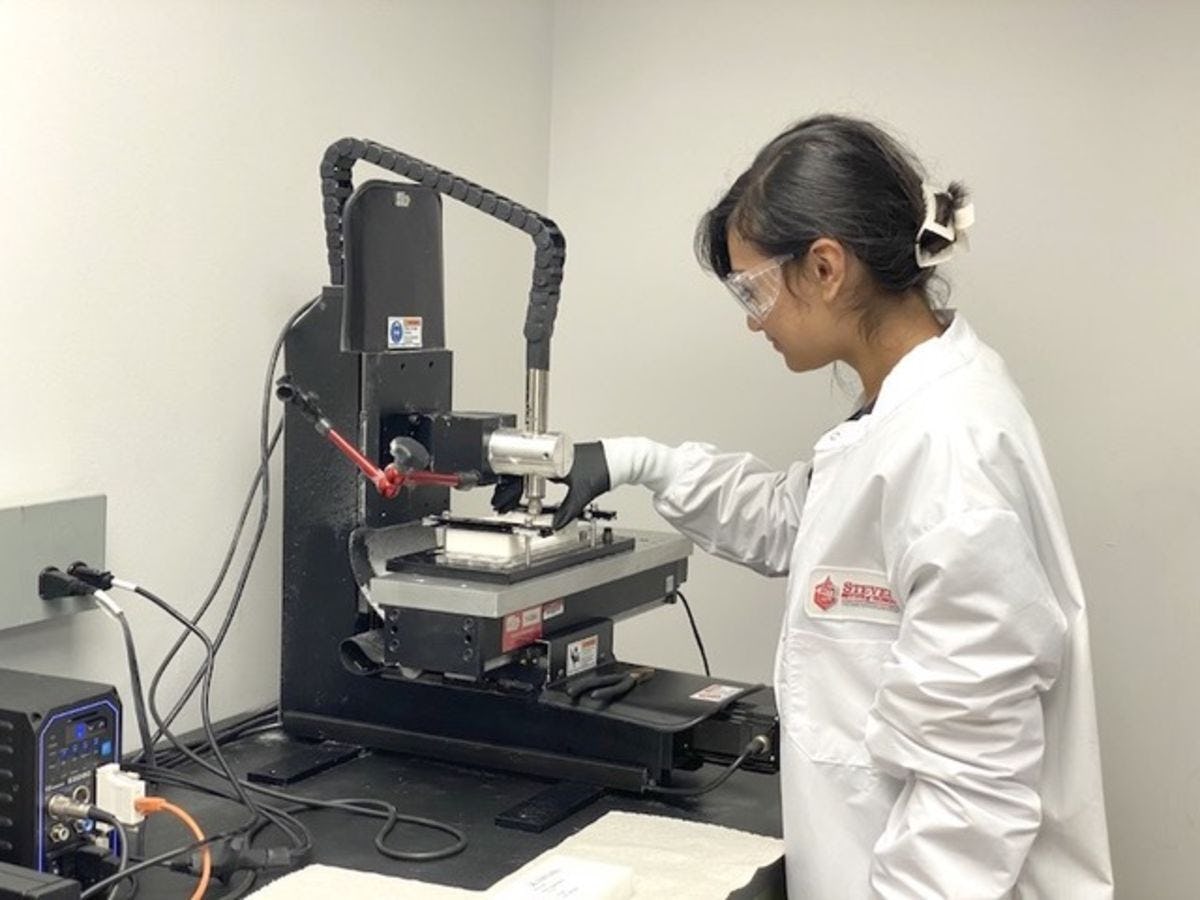 ‘I love to help people’

Kim has always been interested in creating new technologies and generating new knowledge that can benefit society.

“When I was a kid, I was fascinated by machines. It was very intriguing to learn how different machines are designed to achieve certain functions. I really enjoyed assembling toy automobiles and airplanes, and spent lots of time thinking about different ways to improve their functions,” he recalled. “So I majored in mechanical engineering. But soon after I started my graduate study, I became very interested in bioengineering technologies. Simply, I wanted to help people with underlying medical conditions by creating new effective clinical tools and treatment methods using my engineering skill.”

In addition to this CAREER project, he has been developing different engineering technologies for nearly a decade to regenerate damaged or diseased donor lungs. The goal has been to rescue donor lungs that are refused for transplantation due to their degraded gas exchange function. To achieve this goal, during his postdoctoral studies at Columbia University, Kim and his colleagues focused on regeneration of the complex pulmonary systems using novel tissue engineering and stem cell technologies. At Stevens, he has extended his previous approach to study the effects of mechanical, biological or chemical stimulation on the regeneration of functional lung tissue.

“We are focusing on understanding how external stimuli such as physical forces and biochemical cues can affect the structure and function of newly formed lung tissues,” he explained. “In addition to helping increase the number of donor lungs that can be transplanted, the new methodologies and knowledge that we can gain can also be used to answer some of the fundamental questions associated with pathophysiology of different lung diseases, such as cystic fibrosis and pulmonary fibrosis, that currently don’t have a cure. That’s motivating to me, because I like to solve challenging problems, I like creating something new and useful, and most importantly, I love to help people.”