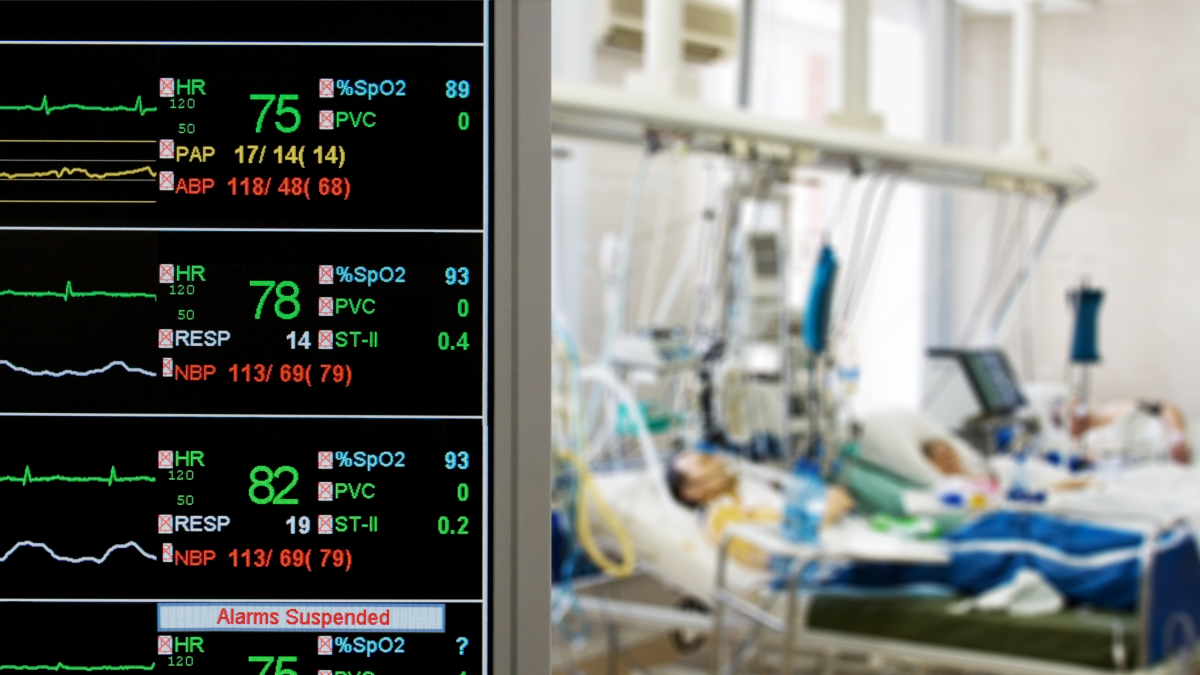 Samantha Kleinberg and her team are studying consciousness in the ICU, with the goal of helping clinicians more accurately assess patient prognosis and improve outcomes

She and her team, including researchers at Columbia and McGill Universities, recently received a $1.1 million National Institutes of Health grant to study consciousness in the intensive care unit (ICU) for both adults and neonates (infants less than four weeks old). The goal is to better understand who is conscious, why consciousness changes, and whether it’s possible to predict who will regain consciousness.

“These are the fundamental questions that families have when a loved one is in a neurological ICU, but they’ve been hard to answer accurately,” said Kleinberg, who is also the director of The Health and AI Laboratory (HAIL), which seeks to develop artificial intelligence methods to improve human health. “First, are they going to survive, and then, if they do survive, what's their outlook? The answers help determine whether care should continue or be withdrawn. It’s a very emotional and challenging decision for families and for doctors. You don't want to give false hope, or give bad news when there actually might be good news later on. It's been difficult to make those sorts of forecasts accurately, but if you could make these predictions, you could make more informed decisions and potentially avoid withdrawing care prematurely.”

‘Turning weakness into a strength’

Even when a patient appears unresponsive, if certain brain activity is present, it’s more likely that the person could have a better outcome.

The challenge is that, currently, there’s no standard assessment for consciousness. Instead, healthcare professionals use various indicators — ranging from continuously collected physiological data such as heart rate and respiration and blood flow in the brain, to advanced EEG and fMRI testing, to behavioral tests such as measuring the reaction to clapped hands, to invasive monitoring of the brain — to subjectively make that literally life-or-death determination.

While valuable, this data also presents a multitude of challenges. The testing can be time-consuming. Although consciousness fluctuates through the day, some assessments only happen once a day, during morning rounds. Other vital signs are recorded as often as every second. The variables measured can differ from ICU to ICU, from patient to patient, and even throughout an individual patient’s stay. And the sheer volume of the data generated can be simply overwhelming, not only for people, but even for machine learning algorithms.

That’s the challenge Kleinberg and her team are undertaking: to develop machine learning and artificial intelligence algorithms to translate all that existing information into a reliable consciousness score.

“We've been able to automatically classify people's degree of consciousness with pretty high accuracy, and even predict changes,” she said. “Since it's using the data that's already continuously collected in the ICU, you don’t just have information once a day, you're using existing ICU monitors, and you don't have to move the patient. This also makes it more likely that clinicians will be able to routinely use whatever we develop, because we're not changing anything about their workflow. They'll be able to collect the data exactly as they're doing now, and then apply our algorithms for classification and prediction.”

Now, Kleinberg and her team are mining this mountain of information to create hypothetical cases that allow them to test their methods.

“There's not currently a way of simulating data or creating realistic test cases, so we’re developing methods of feeding real data into our simulator to generate new test cases that capture the challenges of the data,” Kleinberg explained. “We're taking in real data, learning its features, creating new data that replicates those features, then testing our methods on these simulated cases. We'll create difficult cases that we haven’t observed before, and we'll try to figure out when our methods work, and when they break. Then we can determine what scenarios we can make predictions for before we apply our methods to the continuous data.”

The inherent inconsistency of data-gathering further complicates both simulation and testing of these algorithms.

“My students calculated that for just 90 patients, we had something like 48 combinations of variables,” she recalled. “It's rare that two patients have exactly the same set of measurements. And measurements change over time as the doctor’s perception of the patient state changes. While measuring different things about different people seems bad, what would be worse is if we only measured the same five variables for everyone. The positive is that we're seeing different pieces of the same picture, kind of like a kaleidoscope, and we're developing methods that let us piece together all those parts of the picture and learn from them. We’re turning weakness into a strength to facilitate more accurate, real-time treatment decisions.”

Of course, using people’s real medical data in any form raises privacy concerns, and Kleinberg and her colleagues, including Giuseppe Ateniese, Stevens professor of computer science, are addressing those risks head-on.

“Our approach is inherently focused on preserving privacy because we're focused on general properties of the data rather than very specific patterns,” she noted. “We believe it won’t be possible to find out individuals’ data because of the structure we’ve established.”

While much of the research to date has been focused on adults, Kleinberg is especially excited that the NIH grant includes resources to study a new group: newborns.

“We're looking at neurological status in the neonatal ICU,” she said. “This is either sick infants, or infants who were born prematurely. There are all the same questions. Parents want to know the prognosis for their baby. Neurological status tells you a lot about the potential long-term risk of things like cerebral palsy, which, if you know about sooner, you can better plan for early interventions. Our test group has long-term follow-up that includes all the neurological outcomes for the neonatal ICU patients who were discharged, up until about age six. It’s going to be interesting to apply all those years of data on their outcomes to expand our methods to neonates. Eventually, we'd like to expand to other types of intensive care. Even if the patient isn't in a neurological ICU, doctors still want to know about the degree of consciousness, and if it's changing. We're hopeful that we'll be able to test it in these other environments to improve outcomes for a broader range of patients.”