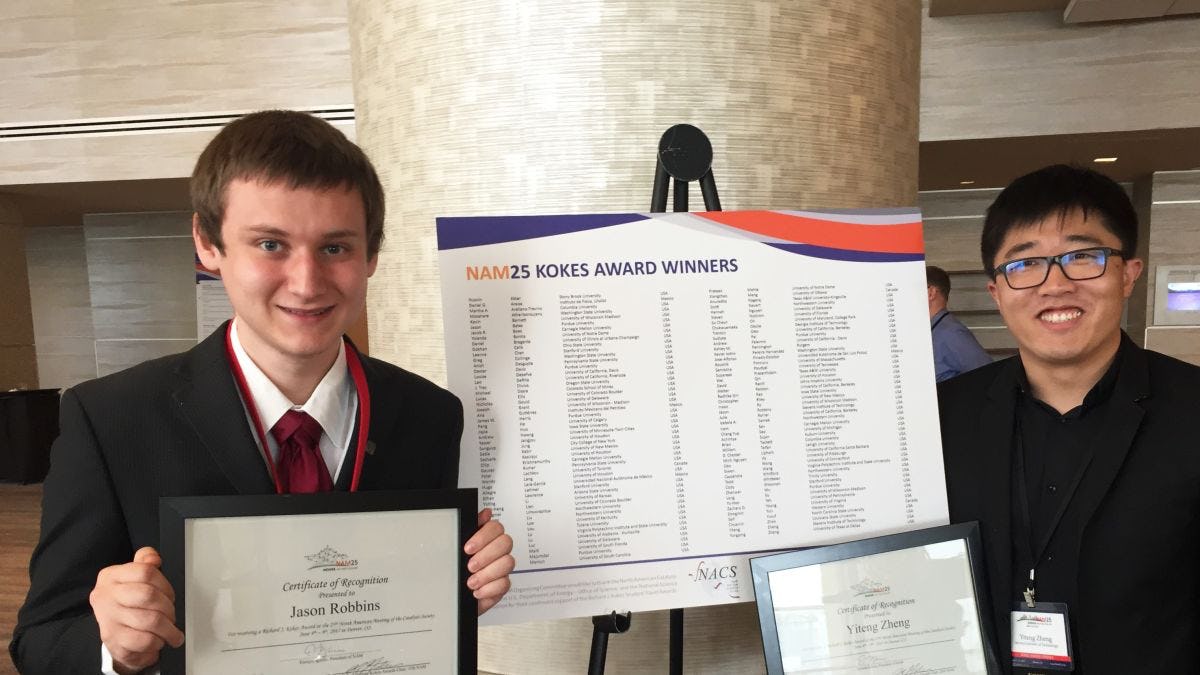 Research results obtained by graduate students Yiteng Zheng and Jason Robbins on catalytic materials and catalytic reactions were recognized by the North American Catalysis Society. Both students work in professor Simon Podkolzin’s research group at the Department of Chemical Engineering and Materials Science. Each student separately received the Kokes Travel Award for attending and presenting their research results at the Society’s international conference in Denver, Colorado, in June 2017.

The conference – 25th North American Catalysis Society Meeting (NAM 25) – was attended by several thousand professionals from academia, government and industry from around the world. The student awards were made based on a rigorous professional review of their research results by multiple independent experts.

Yiteng Zheng presented his research on the structure and catalytic properties of molybdenum carbide and oxicarbide nanoparticles supported on zeolite materials. These catalytic nanoparticles are useful for developing a new process for natural gas conversion into liquid transportation fuels and feedstocks for the chemical industry.

Jason Robbins presented his research on interactions between oxygen and gold nanoparticles. The study, which combined kinetic and spectroscopic experimental measurements with quantum chemical calculations, identified a new oxygen-gold structure that serves as a catalytic reaction intermediate on gold nanoparticles. The observation and identification of this structure will be useful in the development of more efficient gold catalytic nanoparticles, improved techniques for bioimaging of living cells, better understanding of spin-flip scattering processes of itinerant electrons in solid-state physics, advancing optical detection methods at the single-molecule level at room temperature, development of improved lithium batteries and in other multiple and diverse areas of science and technology. 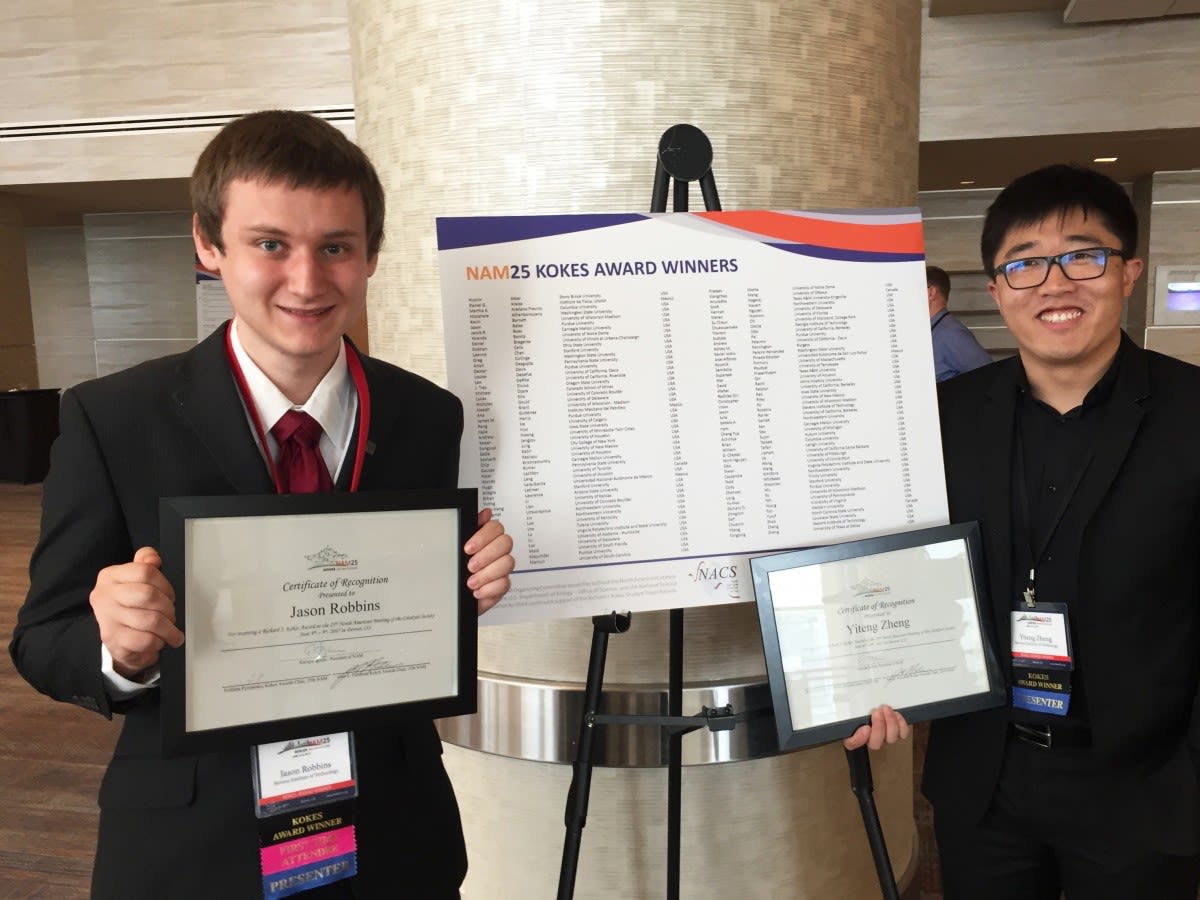 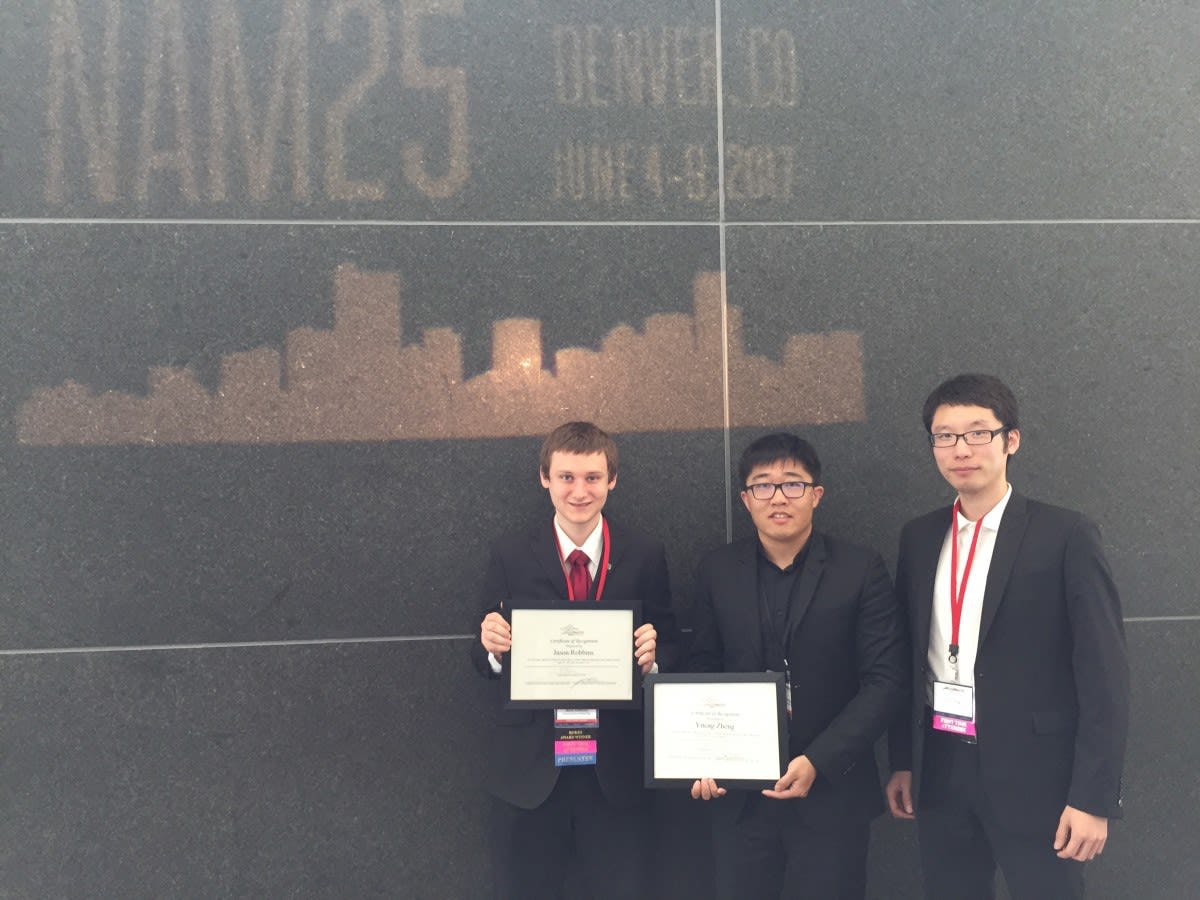