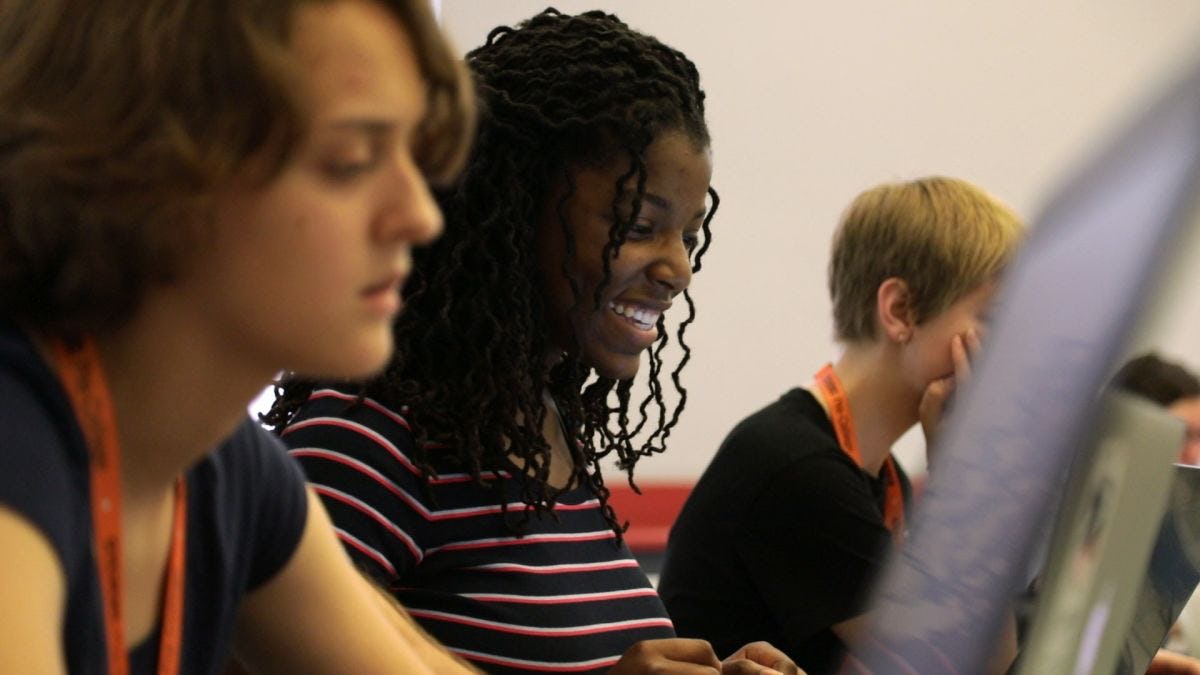 As high school seniors embark on the college application process this fall, some have a decided advantage as they prepare to make one of the most consequential decisions of their lives.

This summer, 26 high school scholars from underserved communities in New Jersey and New York got a taste of college life while exploring an academic major on the campus of Stevens Institute of Technology, thanks to the university’s ACES (Accessing Careers in Engineering and Science) program.

Launched in October 2017, Stevens ACES is a broad initiative that seeks to provide opportunities in STEM education and careers for students who come from underserved communities, creating a necessary pipeline to a diverse and talented workforce. One of the components of the initiative provides full scholarships for selected students to attend Stevens’ highly regarded Pre-College Program, which can cost $2,200-$3,600.

Through ACES I was able to explore the kinds of engineering fields that we don’t get to see in high school.
Steve Sanchez, Student at North Star Academy Lincoln Park High School

ACES builds on partnerships with high schools to identify talented students with significant financial need, particularly students from underserved communities. Through ACES, Stevens provides students with extra academic and other types of support, extracurricular experiences, networking opportunities, and financial and other resources that will help prepare them for college and future STEM careers.

“My hope is that this program will become a national model that can be replicated at universities all throughout the United States. There are many extremely talented students from underserved communities who will benefit from programs such as ACES, and our country will be the beneficiary of scaling up programs such as this one,” said Stevens President Nariman Farvardin.

For one to two weeks on the Stevens campus, ACES scholars from partner high schools explored STEM majors, participating in more than a dozen pre-college programs that ranged from pre-med biology and game design to electronic music production and an engineering boot camp.

“The programs are very project-driven and designed to emphasize hands-on learning and teamwork. Students are conducting experiments in a lab, designing their own boat, testing the safety of helmets as part of a concussion research project, taking old games and formatting them into new ones, or creating their own music beats in a studio. Those are just some of the activities,” said Seth Moncrease, interim director of Pre-College Programs at Stevens.

ACES students are high academic achievers who, like Angelene Veloce, are in the top 10 percent of their class. A member of the national honor society and student council at Hoboken High School, Veloce will take AP classes in calculus, biology and chemistry when school starts in September.

Choosing pre-med biology for her pre-college experience, she says experiencing Stevens’ culture of research and innovation broadened her criteria for what to look for in a college.

“Prior to pre-college, I focused only on academics but now I’m also looking at the school size, the community, the location, and the opportunity to interact with professors and work on research,” she said.

Steve Sanchez, a student at North Star Academy Lincoln Park High School in Newark, New Jersey, already knew he wanted to pursue engineering when he began his pre-college experience. At the end of the two-week program, Sanchez gained a deeper understanding of mechanical, electrical, chemical, environmental, civil and naval engineering.

“Through ACES I was able to explore the kinds of engineering fields that we don’t get to see in high school,” he said.

For many of the ACES students, the pre-college experience was the first time they lived away from home. Living in a residence hall with a roommate, meeting students from around the country and even as far away as China and Japan, having meals in a dining hall and being in a new city, they experienced independence.

In addition, a host of field trips introduced students to the many cultural and career opportunities in the New York metropolitan area. They watched a game at Yankees Stadium, visited Liberty Science Center in neighboring Jersey City, and explored careers through corporate site visits to industry leaders like BAE Systems.

ACES support extends beyond providing students with a pre-college experience, and includes workshops and events for students from partner high schools, professional development for teachers, as well as financial aid scholarships for students who go on to matriculate at Stevens.

Edlyn Thompson-Mettle, associate director for diversity programs at Stevens, says the ACES program benefits not only the individual students, but society as a whole.

“If you look at the number of open positions in the labor market, you’ll see that STEM is the driver of our economy. To fill those positions we need to reach out to underserved communities and engage those populations in STEM fields because they are an untapped resource.”