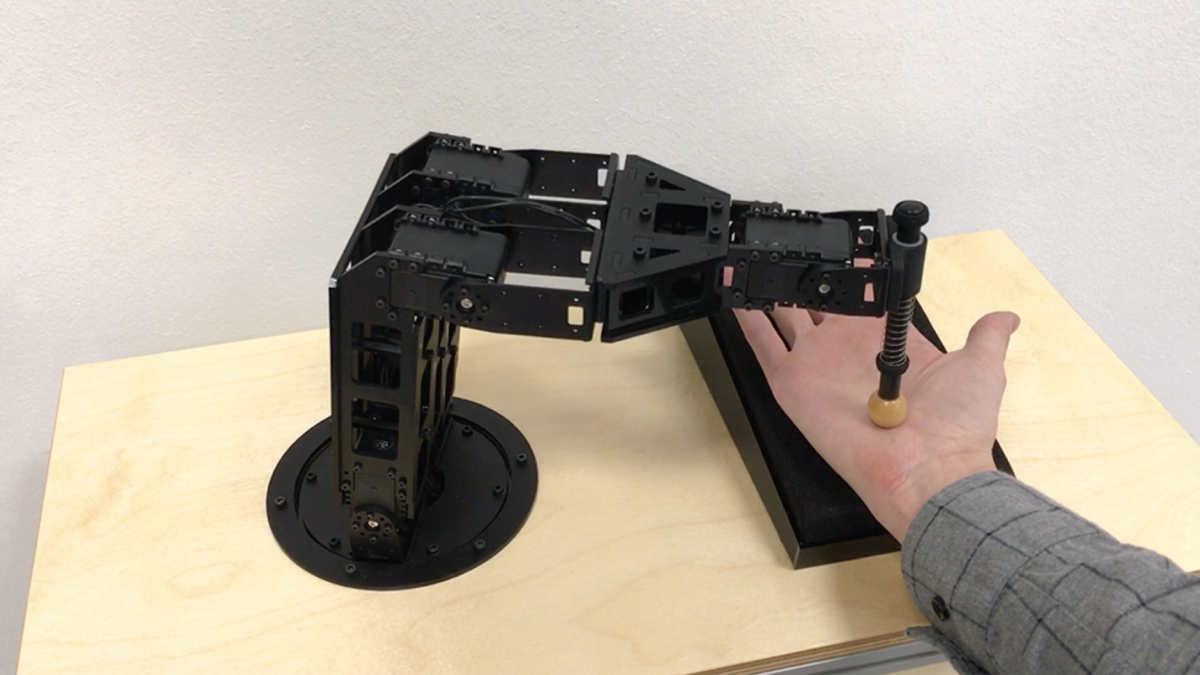 Jeff Thompson, director of the Visual Arts & Technology program, will show several large-scale works from his residency beginning May 14.

In the fall of 2016 Jeff Thompson, director of the Visual Arts & Technology program at Stevens Institute of Technology, was invited to be artist-in-residence at Nokia Bell Labs, famous for their collaborations with artists in the late 1960s under the umbrella of the Experiments in Art and Technology (E.A.T.) program.

Working embedded in the context of Bell Labs’ engineers and scientists, Thompson took open-ended time to dive deep into his artistic work and create several large-scale works about wifi, data and memory, and the intimate relationships we have with our computers and phones.

“Being the artist-in-residence at Bell Labs was really transformational,” Thompson said. “I think working in this open environment where I could walk into different labs and work spaces, talk about what both myself and others were working on… I got to experience the edge of my world view by talking about art with scientists and different people in different fields.”

Susanne Arney, Bell Labs artist-in-residence program manager, said, “Bell Labs continues to be at the forefront of identifying and then solving fundamental problems affecting important aspects of our lives. We believe that the marriage of our scientific research and the artistic insight and creativity from the Stevens community can help more clearly reveal important problems for us to address.”

I Touch You and You Touch Me

The work Thompson created at Bell Labs will be shown at I Touch You and You Touch Me, an exhibition at Harvestworks in New York City, which is a not-for-profit organization whose mission is to support the creation and presentation of art works achieved through the use of new and evolving technologies. The exhibition runs May 14-19, 2017 from 12-6 p.m. with an opening reception on Tuesday, May 16 at 6:30 p.m.

Several of the works on display explore collaboration with, and empathy for, computers and the technological systems we use every day. The piece that bears the same name as the show is a representation of the physical relationship between a person and their phone: Thompson recorded all the touch gestures he made on his phone and fed it into machine learning software, which then powers a robot arm that will touch your palm with the same gestures and also learns new gestures along the way.

“It sort of creates empathy between you and your phone,” explained Thompson. “We tend to touch our phones much more than we touch any people in our lives, and this piece lets the phone reach out to the person in the physical world.”

A fascinating sculpture piece that can be viewed at this exhibition is a project that has taken almost three years to complete. Thompson brought a piece of the hard drive from his computer to the Lab for Multiscale Imaging (LMSI) within the School of Engineering and Science in order to view it underneath a microscope. Although the piece of the hard drive was “really flat and boring” according to Thompson, there was a piece of dust on it that, when viewed under the microscope, looked visually appealing and interesting.

Thompson and the LMSI sliced and imaged this two-micron piece of dust and then reconstructed it in 3D. Thompson then carved the 3D image out of foam, covered it in hard plastic, and created this sculpture that is now one trillion times bigger than the piece of dust.

“Extracting the piece of dust from my computer's hardware is actually very personal, because the dust most likely came from my body,” Thompson said. “The sculpture is a self-portrait in a way.”

Other works include several large panels mapping the exact physical location of every byte on his hard drive, a 6x6-foot hand-built inkjet printer that slowly copies a blank wall over the course of the exhibition, and a text that is transformed by a real-time wind sensor, “blowing” a sentence from Italo Calvino’s Six Memos for the Next Millennium through a 2D representation of the English language.