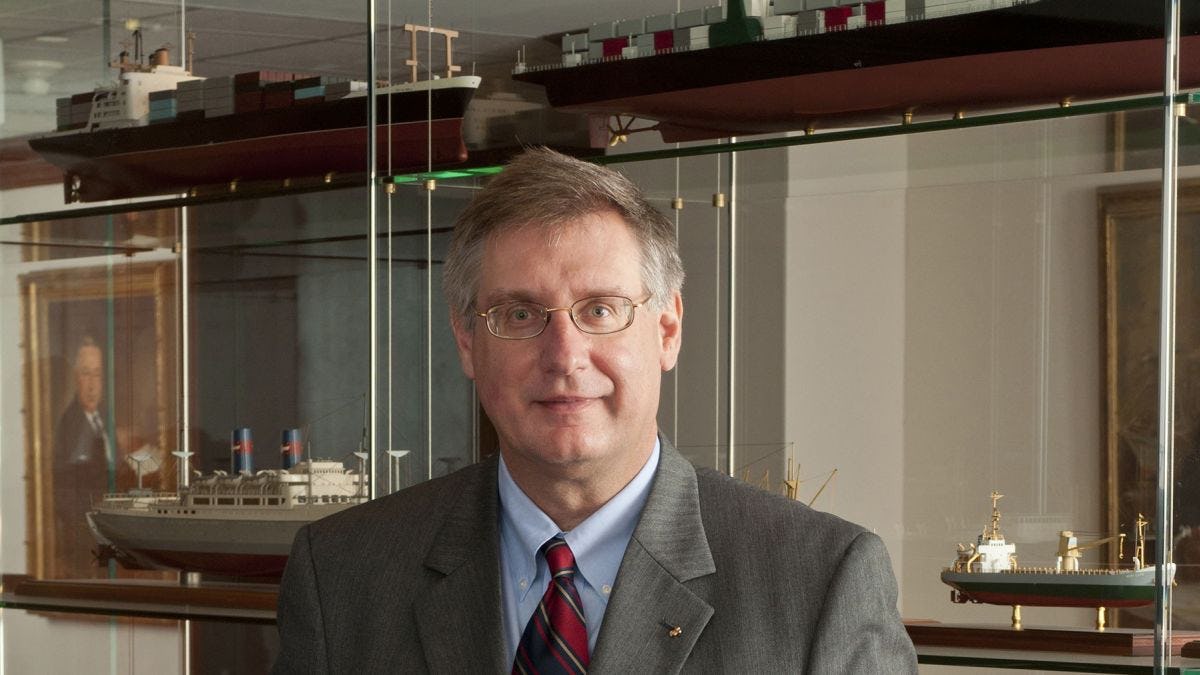 Christopher J. Wiernicki, Chairman, President and CEO of American Bureau of Shipping (ABS), a leading provider of certification and technical services to the global marine and offshore industries, and Chairman of ABS Group of Companies, Inc., a leading provider of risk management and advanced engineering-related services across a wide range of industrial and public sector markets, will address the Stevens Institute of Technology Class of 2017 at the university’s 145th Commencement. The ceremony will take place Wednesday, May 24, 2017, at the Meadowlands Expo Center in Secaucus, New Jersey. Mr. Wiernicki will also receive an honorary Doctor of Engineering degree, honoris causa.

“I am delighted to welcome Mr. Wiernicki as our 2017 Commencement speaker,” said Stevens President Nariman Farvardin. “His many accomplishments include leading one of the world’s foremost ship classification organizations and advancing technology and innovation to improve safety in the marine and offshore industries. He also is preparing the next generation of leaders, making him an ideal speaker and deserving recipient of the honorary doctor of engineering degree from Stevens.”

His distinguished career with the Houston-based organization began in 1993 when he became vice president of engineering within ABS Americas Division. He later served as president of the ABS Group of Companies, Inc. Following this assignment, Wiernicki held senior executive roles at ABS including chief technology officer, president of ABS Europe Ltd., and president and chief operating officer (COO). He later became chairman, president and CEO.

Wiernicki is an accomplished naval architect and internationally recognized figure in the maritime industry. He is a Fellow with the Society of Naval Architects and Marine Engineers and was awarded the Vice Admiral Emory S. Land Medal in 2013 for outstanding accomplishments in the marine field and the United Seaman’s Service Admiral of the Ocean Seas Award in 2016 for outstanding contributions to the maritime industry and is a member of the International Maritime Hall of Fame Class of 2016. In addition to his leadership duties at ABS, Wiernicki lectures at the university level on topics ranging from leadership to technology and serves on numerous university boards and advisory councils, including the board of trustees for the Seamen’s Church Institute.

“It is an honor to be invited to deliver this year’s commencement address for the 2017 Stevens graduates,” says Wiernicki. “The graduates of Stevens are top notch, and this year’s class is no exception. I look forward to congratulating these graduates and encouraging them to continue to innovate and create their own future.”

More than 4,000 family and friends are expected to gather to celebrate more than 600 graduates as they receive their baccalaureate degrees in engineering, science, management, and the humanities. For more information about this year's speakers and Stevens’ 145th Commencement, visit Commencement 2017.

About Stevens Institute of Technology Stevens Institute of Technology, The Innovation University®, is a premier, private research university situated in Hoboken, N.J. overlooking the Manhattan skyline. Founded in 1870, technological innovation has been the hallmark and legacy of Stevens’ education and research programs for 147 years. Within the university’s three schools and one college, 6,600 undergraduate and graduate students collaborate with more than 300 full-time faculty members in an interdisciplinary, student-centric, entrepreneurial environment to advance the frontiers of science and leverage technology to confront global challenges. Stevens is home to three national research centers of excellence, as well as joint research programs focused on critical industries such as healthcare, energy, finance, defense, maritime security, STEM education and coastal sustainability. The university is consistently ranked among the nation’s elite for return on investment for students, career services programs and mid-career salaries of alumni. Stevens is in the midst of a 10-year strategic plan, The Future. Ours to Create., designed to further extend the Stevens legacy to create a forward-looking and far-reaching institution with global impact.