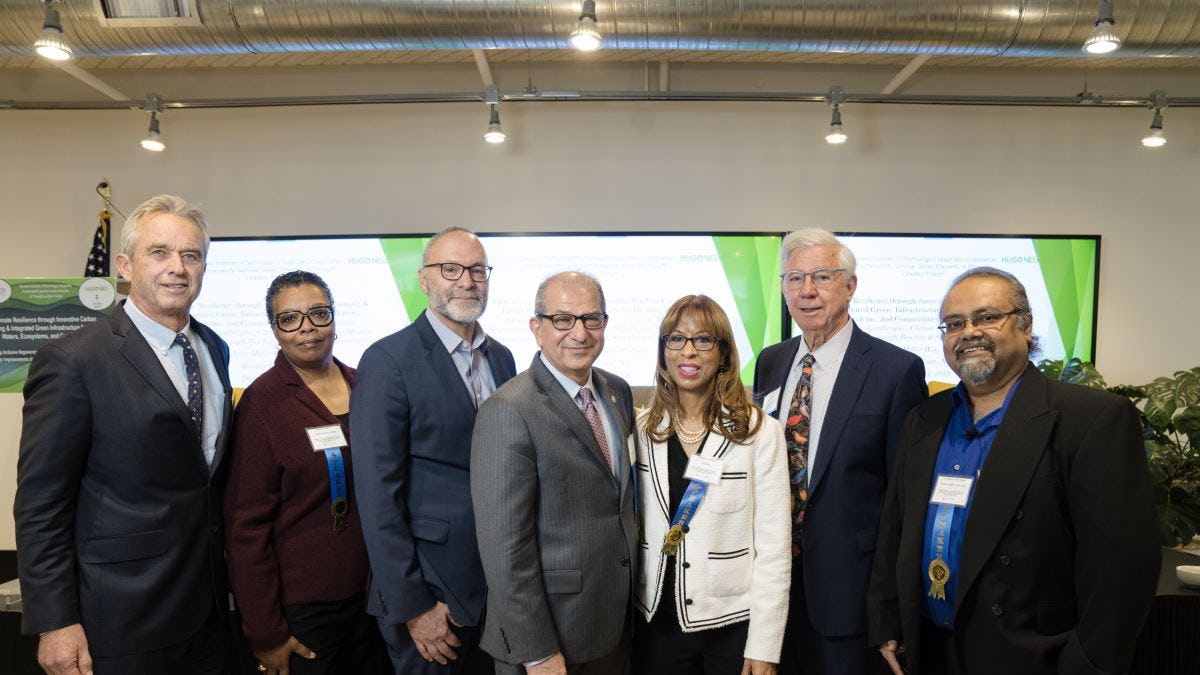 Forum gathered more than 100 leaders in climate change mitigation and top environmental and transportation officials and leaders from New Jersey, New York and other states

The degradation of soils from unsustainable agriculture and other development has released billions of tons of carbon into the atmosphere. However, effective land restoration could play a major role in sequestering CO2 and slowing climate change.

“I am especially proud that Stevens is creating the talent pool that companies and local, state, and federal agencies and NGOs such as those represented here today, will depend on to advance their sustainability priorities in the next decade and beyond,” said Stevens President Nariman Farvardin.

The seminar included an opening address from Parris N. Glendening, former Gov. of Maryland and current president of Smart Growth America’s Leadership Institute and the Governor’s Institute on Community Design; as well as a featured keynote from Robert F. Kennedy Jr., president of the Board at Waterkeeper Alliance.

His presentation focused on how biochar, a charcoal-like substance that's made by burning organic wastes in low-oxygen environment, can be used in urban landscapes for water quality improvement. Sarkar, an environmental geochemist, who is a Fellow of the Geological Society of America (GSA) and a Fellow of the Soil Science Society of America (SSSA) for his contributions to the field of soil science, has done extensive research removing contaminants from water and soils, including on the development of new varieties of biochars and their application in environmental remediation.

“The take home message is that biochar can be an agent of water quality resiliency in urban landscapes,” Sarkar said. “Water quality is one of the major resiliency issues in this part and many other parts of the country..”

“As we tackle the monumental challenge of climate change, we have an opportunity to invest in better systems that provide multiple benefits and serve all people, especially those disproportionately burdened by environmental injustices,” said Wendy K. Neu, president and chief executive of Hugo Neu. “Soil carbon sequestration can help diverse communities mitigate climate change and deliver on zero-waste goals while providing benefits for food, water and energy systems.”