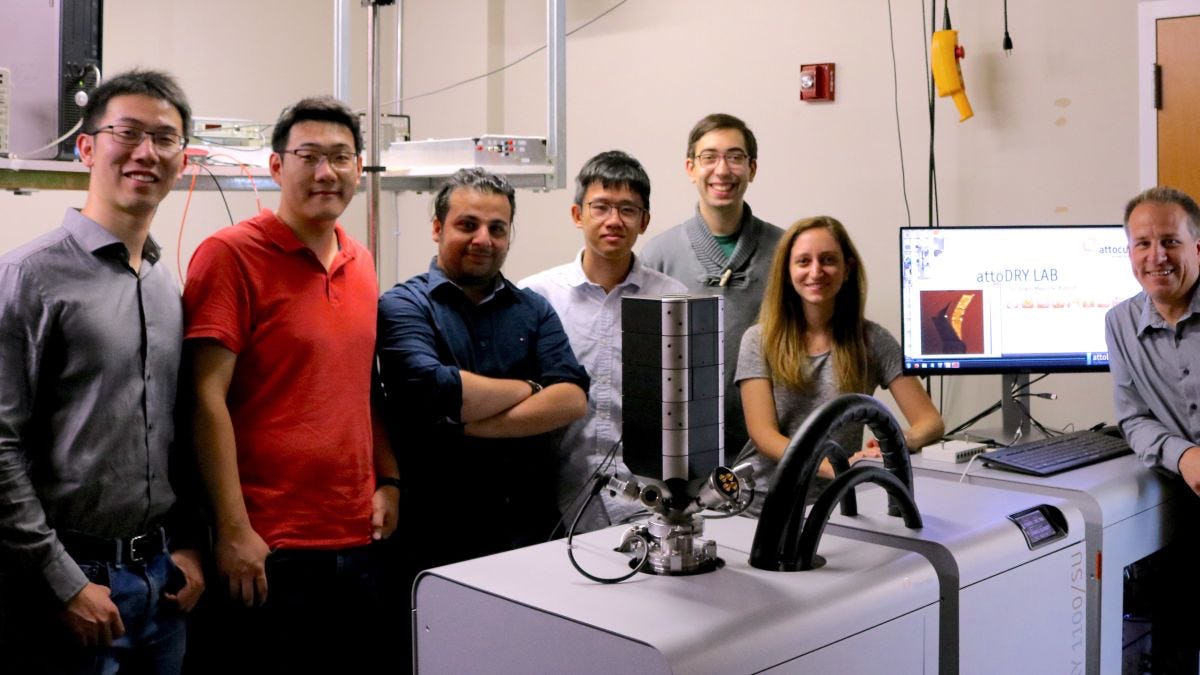 Wander around the Hoboken campus at Stevens Institute of Technology and you may be surprised to find yourself in what appears to be another world: a dark, cold, loud room where laser beams and high-powered magnets are a regular feature.

This is a launchpad for transformative ideas. It is a shared-user facility exploring novel nanomaterials and their optical properties. Its goal is to realize transformative applications in sustainable energy as well as quantum computing and cybersecurity.

This is the Stevens Nanophotonics Lab.

Stevens Nanophotonics Research is Light-Years Ahead

Professor Stefan Strauf, director of the shared-user facility, is proud of the research taking place at Stevens. "We do fundamental and highly interdisciplinary nanomaterials research here," he says, noting the importance of collaboration among researchers from diverse disciplines including physicists, chemists, engineers and materials scientists.

The work taking place in the Nanophotonics Lab advances research in quantum photonic devices required to build the future internet. Novel quantum light sources based on carbon nanotubes inside plasmonic resonators are being created in the lab. So are nanomaterials involving boron nitride or tungsten diselenide that can brightly shine quantum light.

"The Nanophotonics Lab has constantly pushed the edge of the field in a number of areas," says Yuping Huang, professor and director of the Center for Quantum Science and Engineering. "The lab’s recent development in single photon sources is practically important for innovative quantum information applications we are actively pursuing."

PSEG research partner and assistant professor Stephanie Lee uses the lab to help build emerging solar cell technologies, including developing novel methods to improve the stability and lifetime of nanomaterials. "Our research can lead to improved light conversion efficiency and stability of perovskite solar cells, critical for the commercialization of this technology," she says.

Another facility user is mechanical engineering professor E.H. Yang. Yang won the 2018 Jess H. Davis Memorial Award For Research Excellence for his work on the air-stabilization of novel 2D materials. His research focuses on advancing growth methods of atomically-thin semiconductors such as transition metal dichalcogenides, which ultimately lead to novel optoelectronic devices and sensors. "The shared-user facility in the Nanophotonics Lab allows us to carry out material characterization at liquid helium temperatures," says Yang, "and this supports our material growth efforts."

Building Skills for the Future

The Nanophotonics Lab has a growing user base from five departments at Stevens, as well as an interdisciplinary group of professors from Columbia University and the City University of New York. These ongoing collaborative projects addressing fundamental questions of light-matter interaction in nanomaterials make extensive use of the lab’s facilities, resulting in high-profile publications and educating STEM students in cutting-edge research.

Over 30 students use the Nanophotonics Lab, including Stevens doctoral candidate and attoDRY1100 super user Kamran Shayan. Shayan trains new users on the instrument. He also uses it for his research on creating photonic devices by employing cavity quantum electrodynamics with doped single-walled carbon nanotubes.

"In the future, we’re going to implement photonic devices on semiconductor chips in addition to electronic devices,"says Shayan, citing the fact that this technology will be able to better "realize advances in communication and computing technologies because photons have much faster speed and data transfer compared to electrons." Best of all, according to Shayan, experience in this lab gives users an understanding of optics, which is a central part of physics. "Optics is a great skill for the future," he says, citing growing demand for talent in fields utilizing the skillset, including biomedical, bio-optic chemistry, electronics and mechanical engineering. 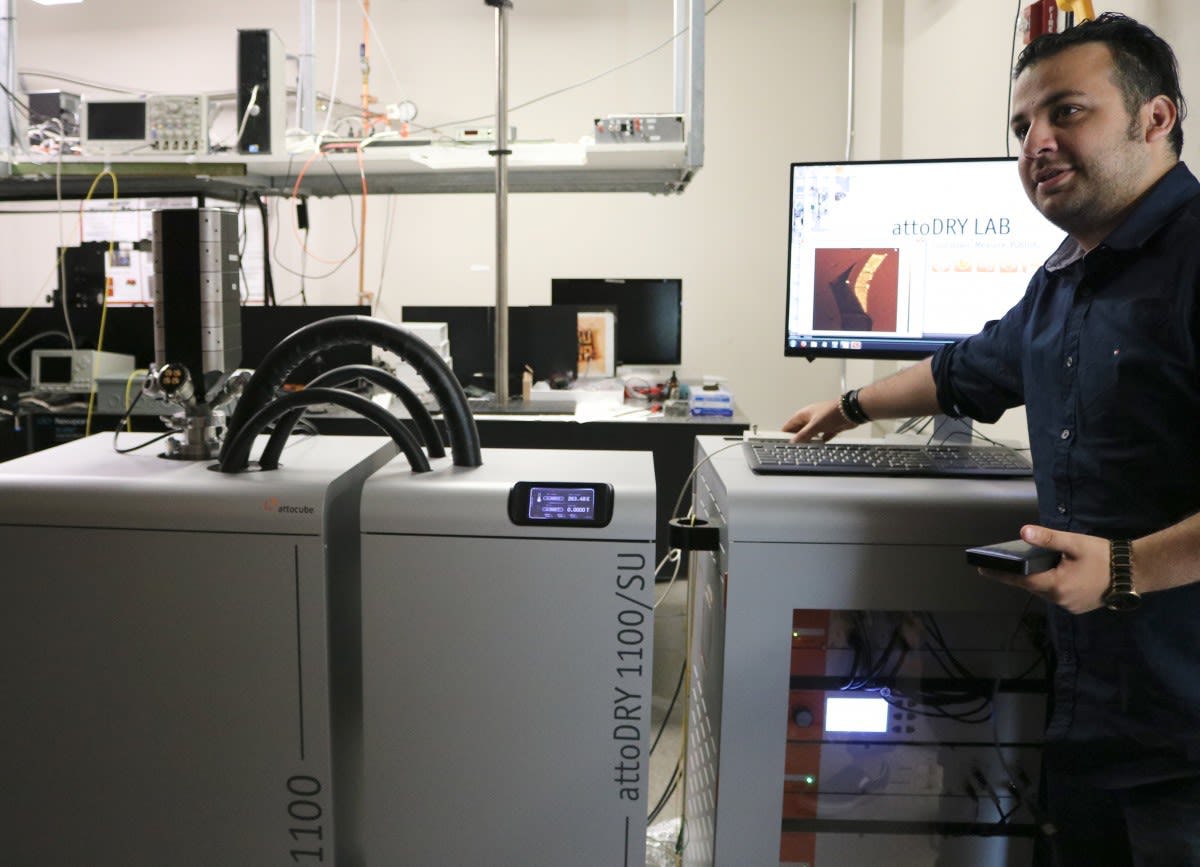 Amid all the important research taking place in the Nanophotonics Lab, Strauf and fellow faculty members felt it was most important to make the facility more sustainable as well as eliminate a big expense. "We were wasting a great resource," Strauf says, referring to the primary cooling agent used in the lab: liquid helium. Helium is an essential noble gas that’s key to cooling high-power magnets used in nanophotonics research. It is also a highly scarce, non-renewable resource. In its liquid form, helium is primarily used in medical systems requiring cryogenic cooling as well as various military applications in the United States and other industrialized nations, according to Strauf.

"MRI [Magnetic Resonance Imagery] relies on liquid helium to cool the high-power magnets needed to create interior body images for clinical analysis and medical intervention," he says, "and is also indispensable to the U.S. space exploration program, and other civilian and military uses." The shortage of liquid helium throughout the world is not only problematic for technologies that rely on it: it’s costly, too. "We would buy a liquid helium tank for a thousand dollars, and that would run the system for about three days," says Strauf. "Every three days, we’d have thousands of dollars in expenses. That’s not sustainable, for us or the environment."

Naturally, the researchers sought an alternative method to enable faculty and students to carry out their work. So, taking a cue from Stevens’ campus-wide sustainability initiatives, Strauf and his colleagues wrote a proposal to the National Science Foundation to purchase an instrument that would eliminate the use of liquid helium in their research.

That instrument is the attoDRY1100.

With the attoDRY1100 and its cryogen-free system, Stevens eliminates tens of thousands in annual liquid helium operation costs. More importantly, the instrument helps to avoid the annual consumption of about 5,000 liters of a precious noble gas, making Stevens a "greener campus," according to Strauf. 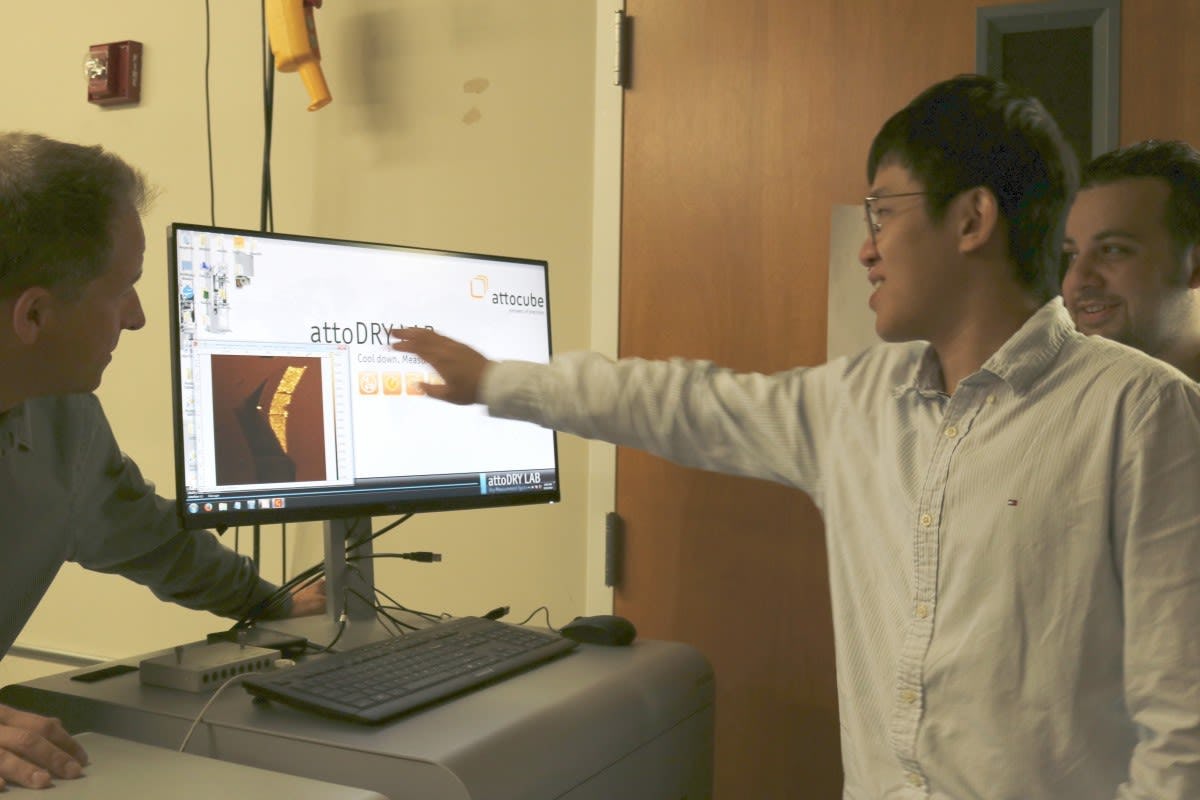