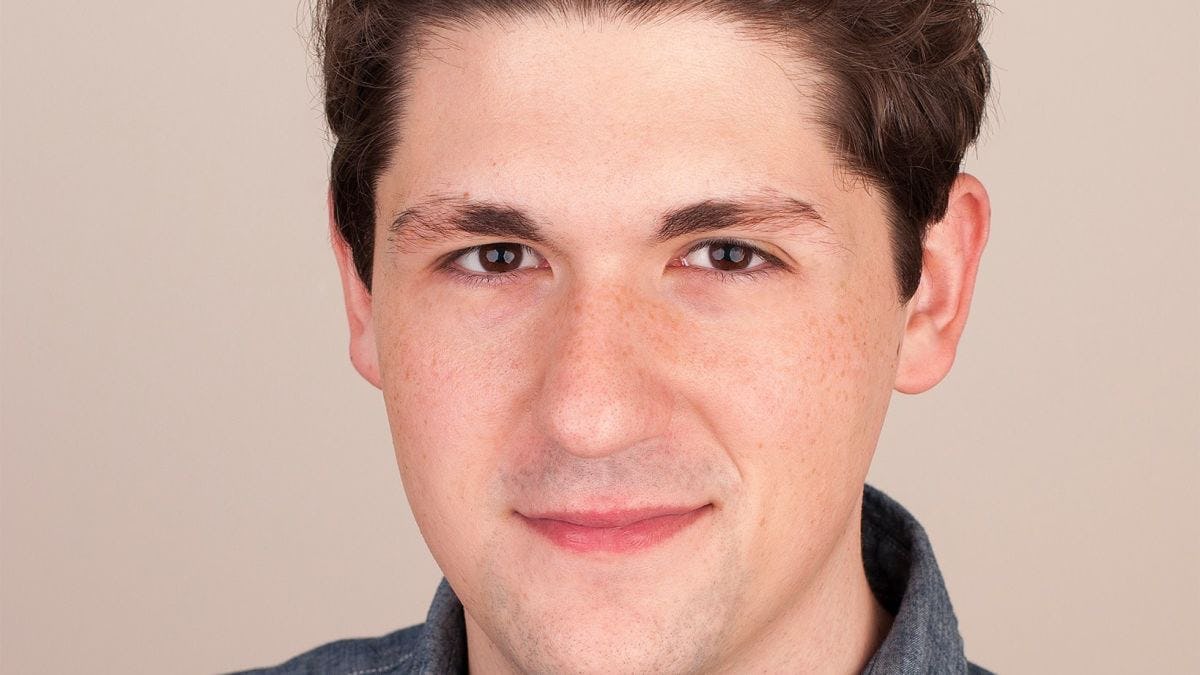 As Senior Mechanical Engineer for vertical farming giant AeroFarms, Randal Reiman ’08 is on the cutting edge of efforts to build a sustainable model for supplying the world – and our communities – with more nutritious (and delicious!) produce.

A high school mentor suggested that Randal Reiman ’08 consider applying to Stevens because of his aptitude for math and science. But it was his passion for problem solving that made Stevens such a perfect fit for him.

“I see a wall and all I want to do is figure a way to break through it,” Reiman says. “Stevens helped me develop my ability to solve problems. Mechanical engineering, especially, is all about breaking down systems into subsystems, isolating problems and then working on how to solve them.”

“I know that sometimes it looks like I’m not doing anything, but a big part of a mechanical engineer’s work is just thinking,” he continues with a laugh. “I often go to sleep stewing about a problem, turning solutions over in my mind. It is so satisfying when I come up with a way to make a project better.”

Campus involvement helped Reiman develop his leadership and collaborative abilities as well. The roles Reiman held as part of the Sigma Nu National Fraternity included LEAD Committee Member, Interfraternal Council Chairman, Greek Week Coordinator, Boken Crew Member, Pre-Frosh Weekend Host, and President/Commander. He also worked alongside his classmates to design and build a radio-controlled cargo plane that competed in the 2008 Society of Automotive Engineers Aero East competition. Reiman was recognized by the Christopher Columbus Awards as a National Finalist for his design of an automatic medication dispenser for senior citizens, called Rx Alert.

Reiman began his professional career as a Mechanical Project Engineer with Emabond, a company that uses intense radio frequency induction technology to weld plastic parts. “The process has a wide variety of applications, from auto parts to women’s shoes,” he explains. “A lot of the company’s clients need bonds that will hold up to high pressure. I would design the connection between parts, weld them and then test them to make sure the bond met the client’s needs.”

When the company moved to Auburn Hills, Michigan a few years ago, Reiman decided it was time for a change. “I had been with Emabond for 11 years and had been promoted to Applications Engineer and then Applications Manager,” he says. “The timing was right for me to seek out new opportunities.”

In 2019, Reiman joined AeroFarms, the world’s largest indoor vertical farming company, as an Engineer in their Strategic Partnerships division. He is currently the company’s Senior Mechanical Engineer. “We have a huge commercial farm right in the middle of Newark with 12-level growing towers,” he says. “Our products are in many area supermarkets.”

In his spare time, Reiman develops board games. “The field is experiencing a renaissance right now, like craft beer,” he notes. “It is a growing community. For me, designing board games began as a hobby, but I have since attended conventions where I began meeting publishers and other designers.”

To date, Reiman has published Skate Summer, a board game that recalls the fun he had playing skateboard-themed video games. “I saw an opportunity,” he says. “There hadn’t been a board game based on those classic Tony Hawk games. I started figuring out how to bring my idea forward, began presenting it at prototype test/play areas at the conventions.”

Despite the demands of his career and game development ventures, Reiman makes time to visit Castle Point whenever possible. “I loved my time with Sigma Nu, and I loved being on the campus,” he says. “I made friends for life at Stevens. When I’m there, I make it a point to check out the new buildings and campus improvements, and to take in the view of New York City. My old dorm is now a skyscraper!”

Reiman is by nature an innovator, testing and adjusting his ideas as he goes along. It is an approach he brings to his life choices as well. “It is important to try a lot of different things,” he advises. “You can’t know what you like or don’t like ahead of time. You can only figure it out by jumping in. It will be messy, and you will feel lost and even fail sometimes, but you will walk away from each experience with so much knowledge.”