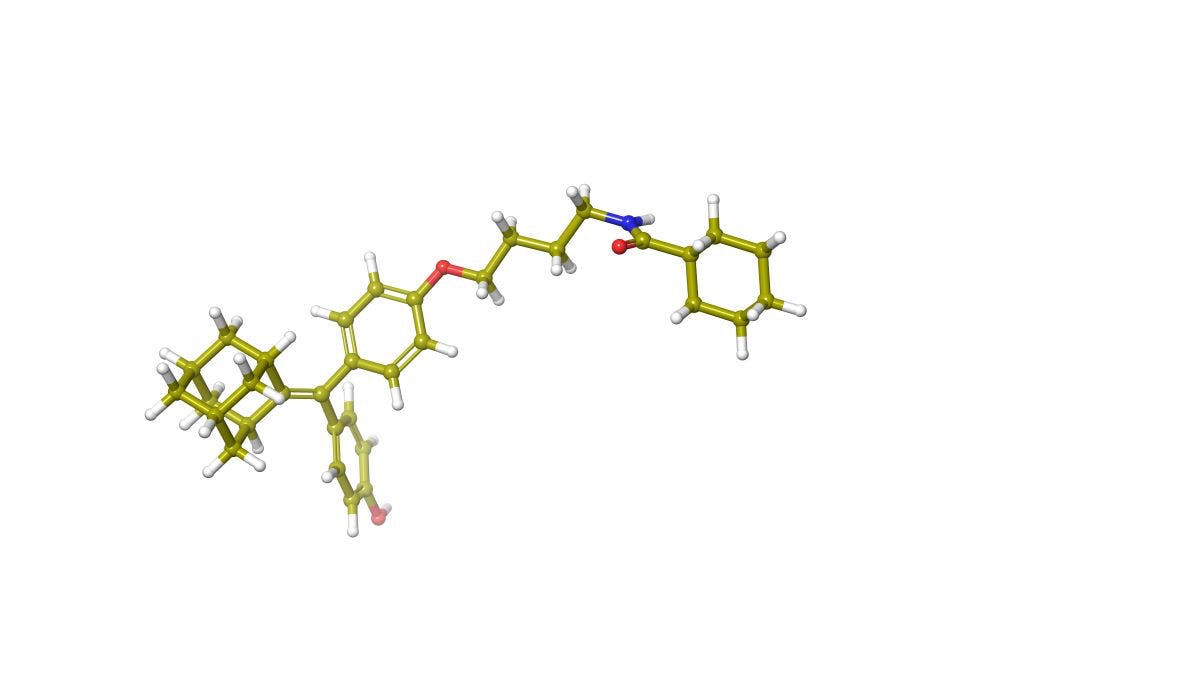 (Hoboken, N.J. – Oct. 3, 2018) – Researchers at Stevens Institute of Technology and colleagues have designed and developed a new class of molecules that use a never-before-known mechanism that may halt or destroy breast cancer tumors, particularly for patients with drug-resistant or dangerously metastatic stages of the disease.

The molecule, developed by Abhishek Sharma, a chemistry professor at Stevens, could potentially add to the arsenal of drugs actively being developed to degrade or inhibit estrogen receptors, proteins inside cells that have been proven to be the single most important target in breast cancer therapy over the last 30 years.

“The unique benefit of our compounds is that this is a fundamentally different type of structure that was previously not known to degrade or inhibit estrogen receptors,” said Sharma, whose work was recently published in the journal ACS Medicinal Chemistry Letters. “It’s not a tweak of an existing drug; it works in a completely different way.”

Several big pharma companies have invested heavily into developing such drugs, known as selective estrogen receptor degraders, or SERDs, due to the huge market potential and unmet clinical need. However, their approach has focused primarily on modifying the structure of SERDs that were originally discovered decades ago.

The problem: many breast cancer tumors become resistant to these drugs, necessitating more toxic chemotherapies to prevent the cancer from relapsing and progressing. SERDs are also difficult to formulate into pills, and treatment requires large, painful injections directly into a patient's muscles. More recently, drugs in clinical trials have been pulled because of side effects.

Sharma's team, including cancer biologists and physicians at Memorial Sloan Kettering Cancer Center in New York and at the University of Illinois at Urbana-Champagne, wanted to find a better way to treat breast cancer, which afflicts one in eight U.S. women and tens of millions worldwide.

The team went a step further, synthesizing several variations of the novel compound, each taking weeks to months to design and produce.  They then tested more than a dozen of them to see how they interacted with the cancer cells' estrogen receptors. The new compounds were found to deliver a one-two punch, not only degrading estrogen receptors and inhibiting the signals that cue the cell to grow, but also blocking the hormone estrogen from binding to it. Importantly, the compounds also strongly inhibited the growth and proliferation of breast cancer cells.

“We consider these results to be very promising," said Sharma. "This is a novel molecular structure, and several analogs produced excellent early activity."

Next, the Stevens team will select several of the most promising candidates from the new compounds and develop them into more potent drug candidates to test in mouse models.