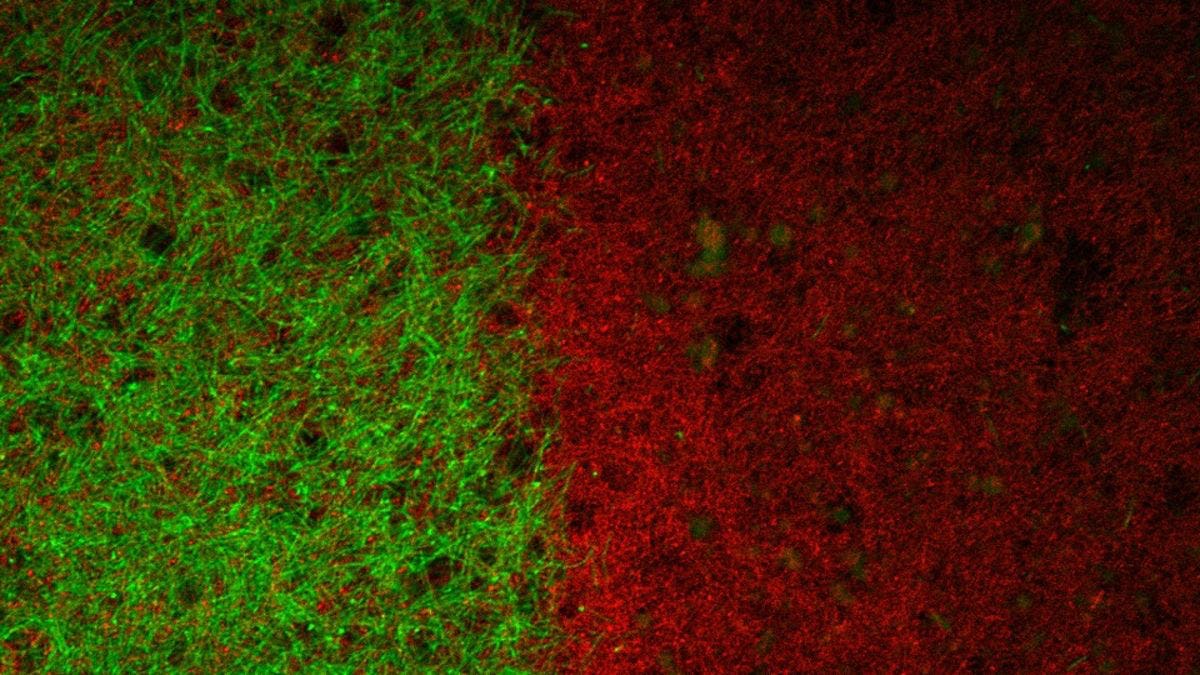 Implants coated with microgels could be key to reducing surgical infections

(Hoboken, N.J. – March 26, 2019) – Joint replacements are among the most common elective surgeries — but around one in 100 patients suffer post-surgical infections, turning a routine procedure into an expensive and dangerous ordeal. Now, researchers at Stevens Institute of Technology have developed a self-defensive surface for these implants that release targeted micro-doses of antibiotics when bacteria approach, potentially sharply reducing infection rates.

The work, led by Matthew Libera, professor of materials science at Stevens, describes a method for coating implant surfaces with a lattice of microgels: flecks, each 100 times smaller than the diameter of a human hair, capable of absorbing certain antibiotics. The microgels’ behavior is regulated by electrical charges, and the electrical properties of an approaching microbe triggers the microgels to release their antibiotic payload, preventing infections from taking root.

Microgels could be applied to a wide range of medical devices, including heart valves, tissue scaffolds, and even surgical sutures — and with the market for hip implants alone forecasted to reach $9.1 billion by 2024, the technology has significant commercial potential. The United States Army, which helped fund the research, is also interested in the technology because the infection rates associated with severe battlefield trauma can be very high.

“The potential impact for patients, and for the healthcare system, is tremendous,” said Libera, who chairs the Stevens Conference on Bacteria-Material Interactions. Stevens doctorate candidate Jing Liang and biomedical engineering professor Hongjun Wang collaborated on the study, which appears in the journal Biomaterials.

Post-surgical infections are tough to beat because as microbes colonize surfaces, they form antibiotic-resistant layers called biofilms. Libera and his team disrupt this cycle by killing microbes before they can gain a foothold. “It only takes one bacterium to cause an infection,” Libera said. “But if we can avoid infection until healing is complete, infection becomes a lot less likely.”

Unlike conventional treatments that flood the whole body with antibiotics, the Stevens team’s approach is highly targeted, releasing tiny amounts of antibiotics to kill individual bacteria. That dramatically reduces the selective pressures that give rise to antibiotic-resistant superbugs — a big improvement over both systemic treatments and local approaches such as blending antibiotics into bone cement, releasing orders of magnitude less antibiotic into the patient’s system.

Other self-defensive surfaces currently in development rely on microbes' metabolic byproducts to trigger the release of antibiotics, but the Stevens appraoch doesn't need to wait for metabolism to kick in and can kill even dormant bacterial. The team's microgels are also remarkably resilient, surviving ethanol sterilization and remaining stable for weeks at a time. And, while doing their job killing bacteria and stopping infection, the microgels promote tissue growth around treated surfaces leading to healing.

To apply microgels to a medical device such as a knee joint, surgeons could simply dunk the device in a specially prepared bath for a few seconds; a brief dip in a second bath would then charge the microgels with antibiotics. In theory, surgeons could prepare devices on demand, immediately before implanting them, using antibiotics tailored to a patient’s specific risk factors.

So far the approach has been tested in vitro, and the team is still working to fine-tune the microgels and enable them to deliver a wider range of antibiotics. Libera’s team is working with industry partners to plan further demonstrations.