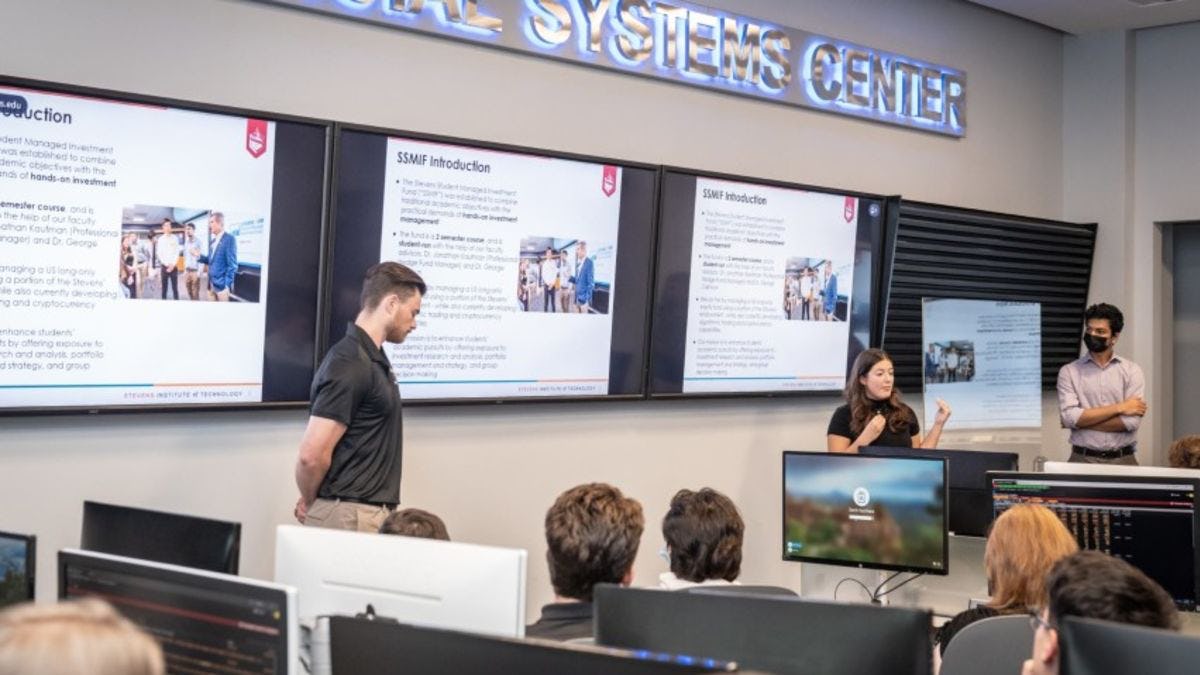 Welcome to New York City, “the center of the financial universe.” Members of Stevens’ Student Managed Investment Fund (SMIF) recently hosted students from Miami-Dade College (MDC) who came to learn about what it’s like to trade on Wall Street.

Stevens’ SMIF is a two-semester elective course during which students manage a portion of the Stevens endowment. Members of the SMIF gain real-world investment experience, just across the river from NYC.

Between expeditions to the Federal Reserve, Wall Street and Bloomberg, the MDC students visited Castle Point and got a tour of the high-tech Hanlon Financial Systems Center. The Center is equipped with Bloomberg terminals, which are used by large institutional investors, portfolio managers and financial analysts.

It was Miami-Dade's turn to visit, so Foran brought the six founding members of MDC’s SMIF to Stevens for an evening of collaboration and networking. He explained that the center at MDC is complete, providing the perfect workspace for their new SMIF.

The Miami-Dade students came with poignant questions for the senior management team of Steven’s SMIF, which addressed the challenges of organizing and executing a student-run fund.

The discussion covered questions such as how to decide whether a company is viable, what prior knowledge SMIF applicants are expected to have, responsibilities of a SMIF intern and how to handle the transitional phases between semesters.

Being a well-established fund of seven years, Stevens’ SMIF offered advice on these challenges, but both groups of students have learned from each other.

“We’ve encountered similar challenges, which I found interesting,” said Doris Vazacopolous ‘23, head of the Stevens SMIF. “Even though we are from different schools with different backgrounds, our funds have the same goal of giving students valuable, hands-on investment management experience like you would get on Wall Street,” she said.

In his opening remarks to the students, Calhoun emphasized the importance of managing real money: “You can play all the simulation games you want, but until you’re losing sleep — literally — over a position, you haven’t graduated to the real world.”

“Even though we are from different schools with different backgrounds, our funds have the same goal.”
Doris Vazacopolous '23 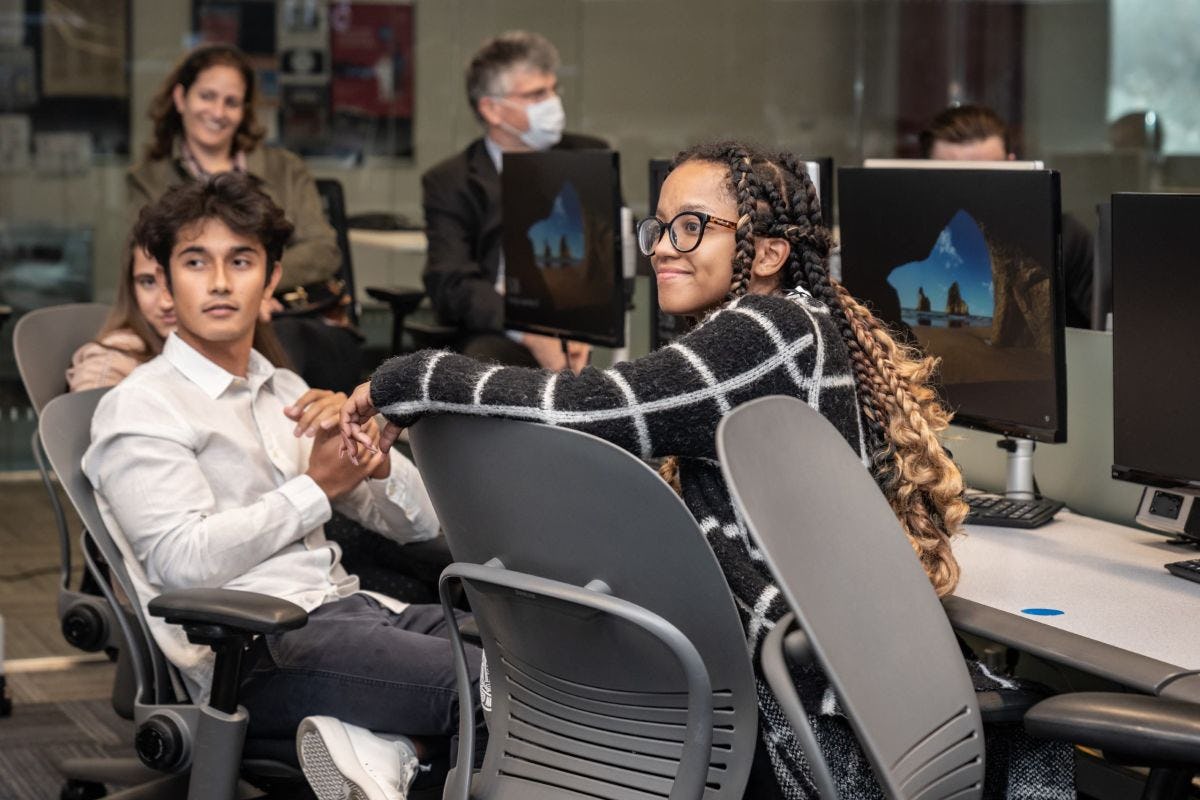 SSBThis visit from Miami-Dade is just one of many unique experiences available to members of the Stevens SMIF.

Every part of the SMIF experience — from applying and interviewing to making stock pitches and executing trades — mirrors the real world of finance. When applying, students decide between the two sides of the fund: equity research and quantitative analysis. The process includes a case study as well as both behavioral and technical interviews — all conducted by SMIF’s senior management.

Perhaps the most significant part of the SMIF is the fact that students invest real money. Just like firms on Wall Street, the SMIF has a client — a portion of the Stevens endowment — benchmarks and objectives, as well as checks and balances to ensure sound decision-making.

SMIF alumni have gone on to pursue a variety of successful careers, with many currently working at firms like Morgan Stanley, Goldman Sachs, JP Morgan and UBS.

But the amount of assets under management doesn’t impact the quality of the experience. Whether you’re a part of a budding student-run fund in Miami, the Stevens SMIF or a large hedge fund, the lessons you learn about finance and investing are the same, says Professor Jon Kaufman.

“The lessons that these [students] learn by putting real money down are the same lessons that they’ll learn once they go across the Hudson and start managing millions. It’s the exact same process, just with more zeros.”

This is the beginning of what students and professors hope will be an enduring relationship between the SMIFs of Stevens and Miami-Dade. “I hope we stay in touch,” said Vazacopolous, “and continue to learn from one another.”