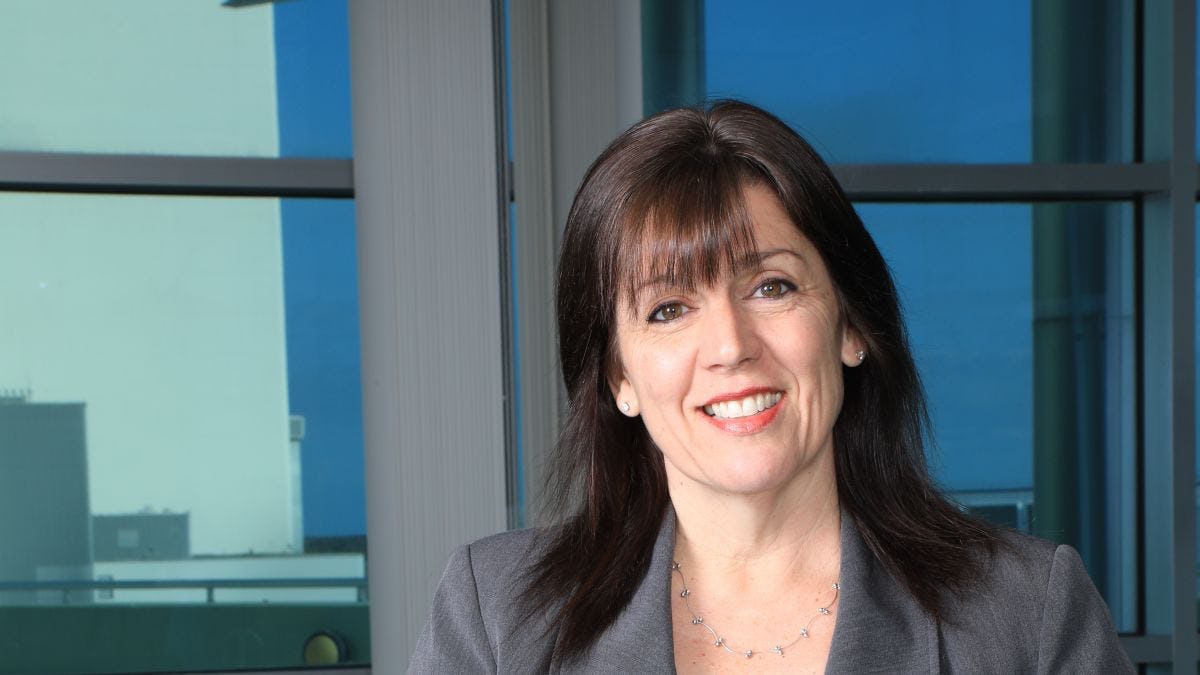 Lisa Potenza Valencia ’90 was convinced that her two daughters, ages 18 and 21, would want to go into engineering fields. After all, Valencia, a NASA engineer and project manager at Kennedy Space Center (KSC) on Florida’s Space Coast, and her husband are both engineers and exposed the girls to engineering early on.

“They’re both pre-med…can you believe that?” she says, still somewhat bewildered at the fact. “I told them, ‘You have two engineer parents and we need more women in engineering!’ and they both still went pre-med.”

But Valencia isn’t giving up on inspiring the next generation of women engineers just yet. She currently does outreach on behalf of NASA, visiting schools and exposing younger girls — grades four through eight — to different areas of engineering through fun activities. Last week’s project? Making a rover vehicle out of pasta and competing to see whose could go the farthest.

“My uncle — a mechanical engineer who worked for Grumman on the thermal design and test of the Lunar Excursion Module — was my first mentor and helped shape my career, so I now try to mentor others,” she says. “I have five interns at NASA, and I love exposing students to different areas within electrical engineering. The more opportunities to see what engineers do, the more it helps them see what they want to do.”

Her mentees are fortunate, as Valencia’s impressive career has afforded her the chance to work on a variety of exciting and important projects. One standout was the Solar and Heliospheric Observatory (SOHO), a cooperative effort between the European Space Agency and NASA to study the sun, launched in 1995 and still obtaining images of the sun today. Valencia, who was working at Goddard Space Flight Center in Greenbelt, Maryland, at the time, was part of a team that designed the data processing system to process SOHO data via the Deep Space Network that is managed by the Jet Propulsion Laboratory — a NASA facility managed by California Institute of Technology. She eventually transferred to KSC and, having completed her processing responsibilities, was assigned to the SOHO launch team as a launch site support manager.

“As soon as we knew the communication systems were good at liftoff, we were able to run outside and watch the launch. We must have had more than a hundred engineers who had worked on the project there to see the launch, many of them Europeans who came over,” she remembers. “To work both ends — the design and launch operations — was pretty cool.”

She’s currently working on the Autonomous Flight Termination System (AFTS), which is a system that tracks a rocket’s position, orientation and velocity. If the uncrewed rocket goes off course, potentially endangering the public, the AFTS issues a command to terminate the flight, either by blowing up the rocket or shutting off the fuel so that it falls into the ocean. Valencia manages the project in a variety of ways, spending some days in the labs overseeing testing and some days in meeting after meeting.

“Today I was talking about budget with the Department of Defense, our partnership with SpaceX, and our upcoming AFTS test flight on the Rocket Lab Electron launch vehicle,” she says, explaining that several private companies use the AFTS software with their own proprietary hardware and others are planning to use NASA’s AFTS hardware and software design as is. “A SpaceX engineer is actually in our lab right now.”

The SpaceX partnership is one of many for the AFTS team, a development Valencia appreciates. She credits her time at Stevens with teaching her the value of collaboration.

“In the real world, especially at NASA, you’re always working on a team — everything is team-centric. At Stevens, we always studied together and helped each other out. Taking 19 or 20 credits each semester was tough, so we had to depend on each other and work together,” she says. “You’re always more successful working as part of a team and, honestly, it’s a lot more fun.”