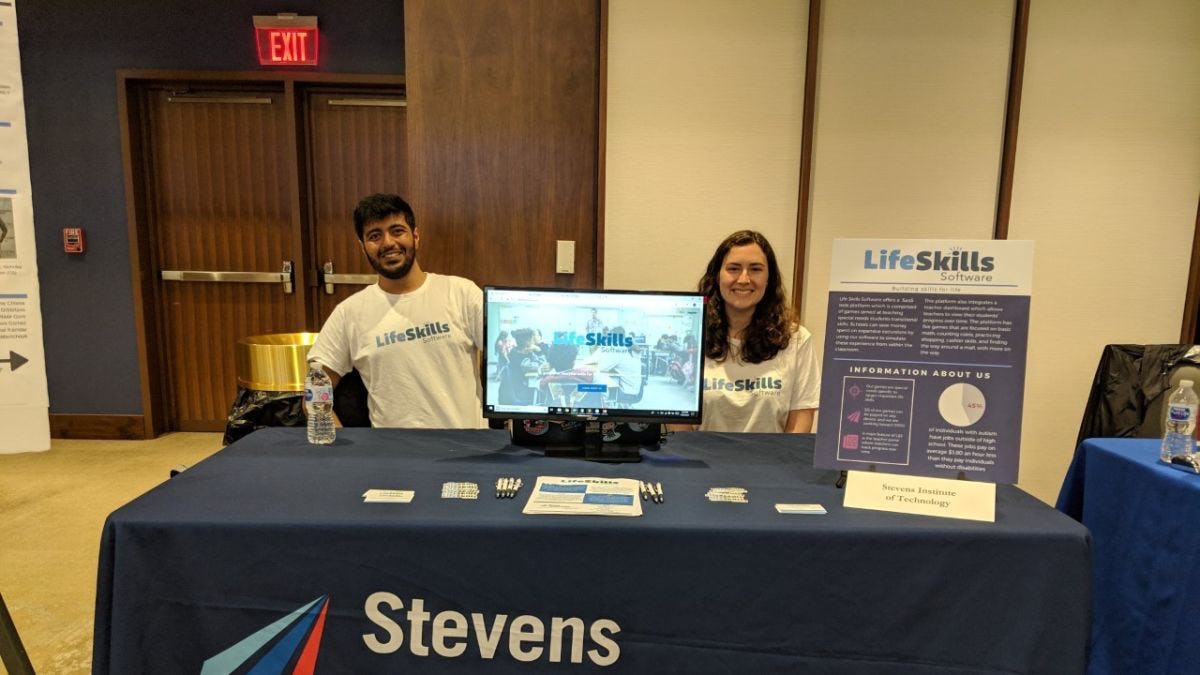 In the tri-state area alone, there are hundreds of thousands of special-needs students, each in need of a customized curriculum to help them develop life skills. This year, a six-strong group of computer science majors have developed fun and engaging educational games and a content management system for their client as part of their senior design project, joining the mission of serving the special-needs community. 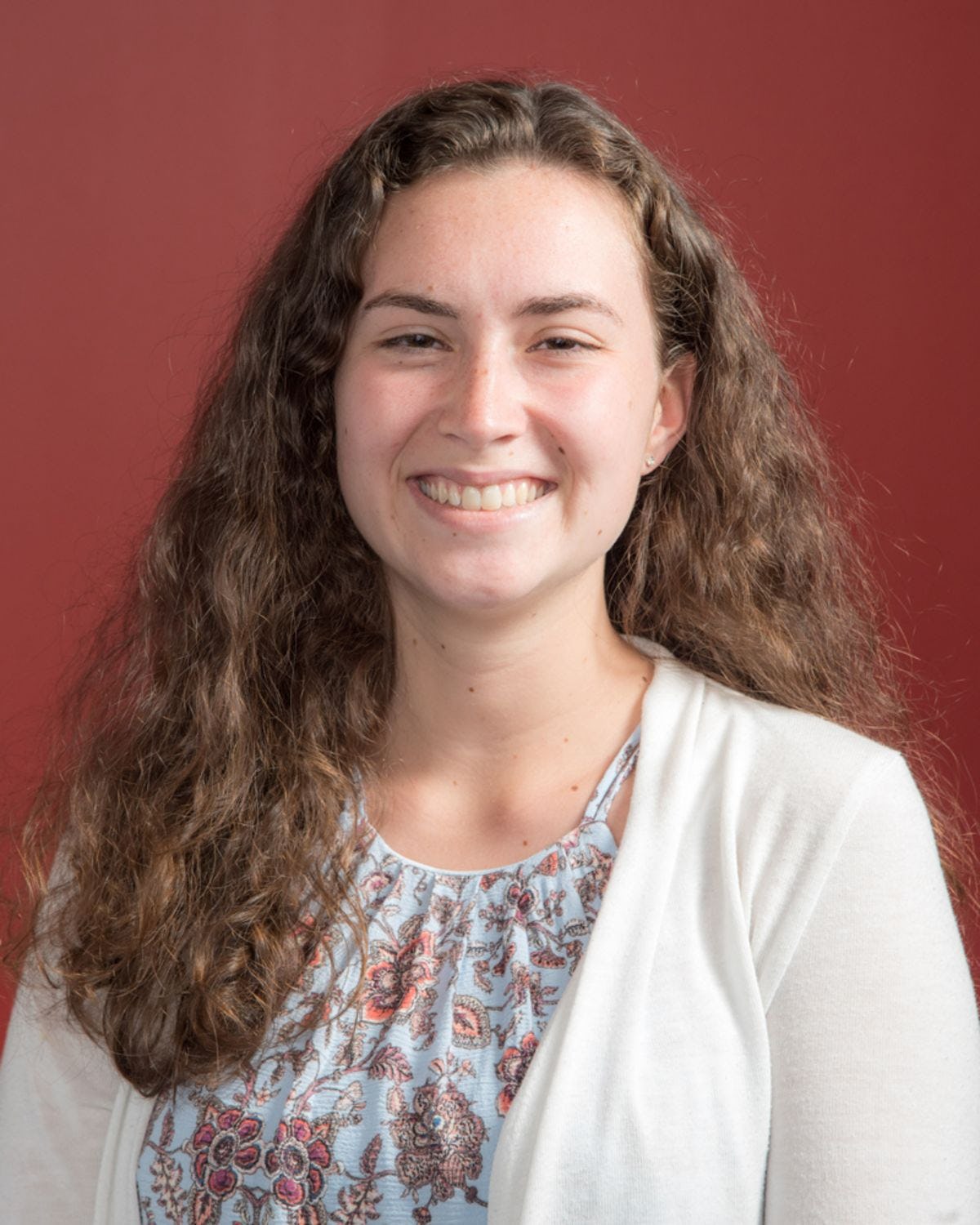 “The Senior Design teams, both this year and last, have put us so much further ahead of where we would be without them. With relatively limited capital, we rely heavily on unpaid hours in exchange for experience,” said Mary McKeon ‘19, who is a member of the Life Skills Software team and a Stevens graduate.

Over the course of the fall ’20 semester, these senior design students split into two groups that each developed a game in the “transitional” category. Ryan Qin ’21, Amanda Gomes ’21 and Nick Apostolico ’21 created a cooking simulator, where the player is tasked with making ramen and peanut butter and jelly sandwiches. The other team, made up of Jared Bridges ’21, Hien Bui ’21 and Christopher Paldino ’21, designed a measuring game, which has the player follow baking recipes for foods such as cake and muffins.

“I’d say my favorite part was working with the Life Skills Software member and just learning a lot from him. He’s a very smart guy,” said Qin, who will be working for G3 Technologies after graduation.

Both teams selected their games from Life Skills’ backlog of game ideas and developed them from scratch, using programming languages and technologies that were previously unfamiliar to them, such as Phaser JS, C# and Unity.“They had a paragraph or two explaining what the game should ultimately do — what functionalities and features it should have – and then we based our game off those descriptions,” said Amanda Gomes, who has secured a position with Cigna after graduation.

The team’s advisor is David Klappholz, who is an associate professor and the director of Senior Design for Computer Science. Klappholz personally invited Life Skills Software to participate in Senior Design, as the company’s founder, Nicholas Gattuso ’19, is an alumnus of Stevens’ computer science program.

In his senior year at Stevens, Gattuso rallied a team of his peers that worked on his company as their Senior Design project, which won the Ansary Entrepreneurship Competition and was voted the best computer science project of the year. Gattuso now works as an associate developer for IBM, and those team members are still involved in growing the company today. Since their graduation, Life Skills Software has become a regular client for teams in Senior Design.

Already, Life Skills’ games have reached 3,000 students across 10 schools. Gattuso and his team would go to school-to-school and pitch their product before COVID-19 struck. In response to the pandemic, Life Skills Software has shifted their focus to creating and developing their content management system — an essential component of the company’s growth. This necessary infrastructure will make their platform more cohesive and robust, which will help Life Skills when they resume their marketing efforts at schools.

“I am impressed with how well the teams self-organized and took ownership of their respective projects, especially during these troubling times,” said Gattuso, “Their creativity and passion for the project definitely shined.”

Life Skills Software’s current goal is to have 100 games available to play in their library, with the vision of becoming the “YouTube of special-ed.” McKeon , a member of Gattuso’s initial team in Senior Design, commented on the seniors’ contributions, saying, “The teams have helped to expand our game library, which is the core of our product, and to build out a content management tool to allow for quicker game review, approval and uploading.” The content management system will allow Life Skills Software to accept game submissions from the community at large and efficiently determine which games to include in their library.

Between the two phases of their project — game development and building the content management system – these students have acquired new skills and have gained experience applying their coursework in a professional setting.

“I was in charge of all the art, so I was able to learn how to do animations, which I hadn’t done before […] Overall, it’s been a very rewarding experience,” said Gomes. Chris Paldino also contributed to the games’ artwork, saying, “I do a lot of Photoshop in my free time, so it was fun to be able to apply that to a more work-focused environment.”

As seasoned problem-solvers, these computer science seniors welcomed the challenge of learning new skills, which is a lesson Gattuso learned at Stevens, too. “Don’t be afraid of what you don’t know. If you’re extremely passionate about something but you’re unsure where to start, or you’re afraid people won’t care or think less of you, you just need to do it,” he said, “As long as you’re aiming toward an intentionally large but still achievable goal, whatever it is, you’ll slowly figure it out.”

Now armed with the experience of their Senior Design project, these seniors will enter into new challenging environments, like Hien Bui, who will be a software engineer at Microsoft, and Jared Bridges, who will work in cybersecurity at Lockheed Martin. Although this group of seniors will be graduating and starting their careers, they hope that next year’s seniors will take up the mantle and continue the legacy of Life Skills Software at Stevens.