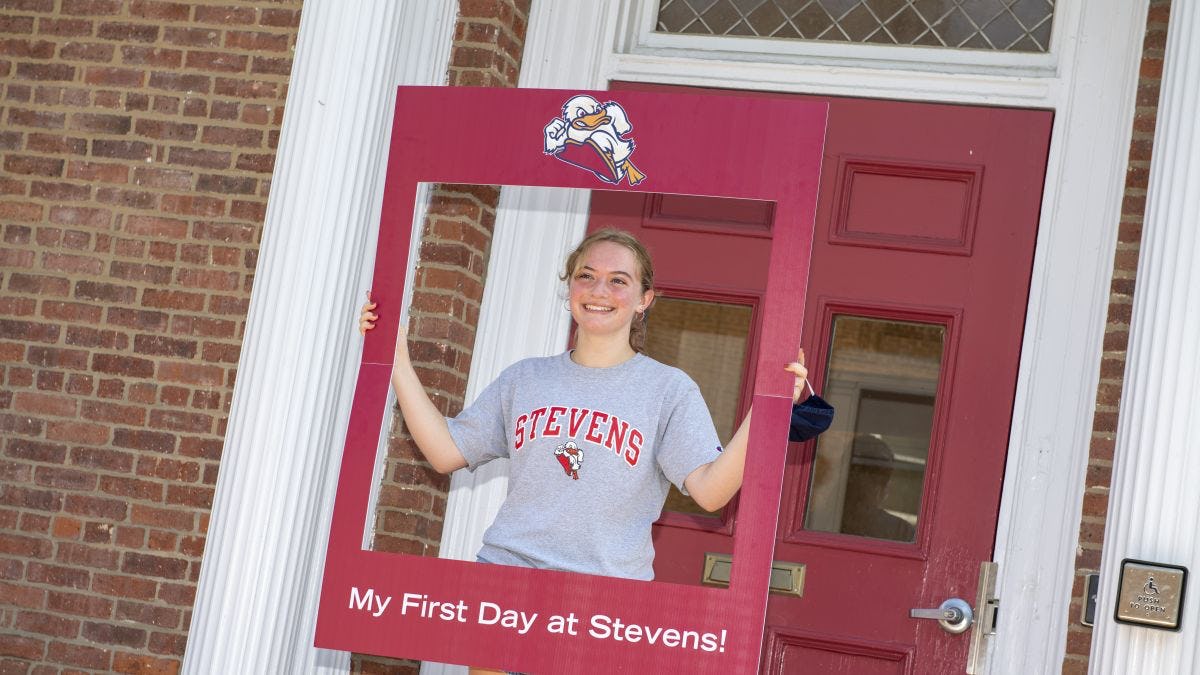 Stevens Institute of Technology's incoming graduate and undergraduates classes arrived on campus in late August, from all corners of the nation (and the world) — and these first-year students are already attracting notice: this incoming undergraduate class will both be Stevens' most diverse and most academically accomplished in university history.

Undergraduate applications reached a record high, said Stevens officials, increasing by 9.4% to 11,320 received. It was the third consecutive year the university saw more than 10,000 first-year applications, demonstrating continued high demand for a Stevens education across all four of schools.

“We are thrilled to welcome this talented new class to Stevens," said Jackie Williams, Stevens' dean for undergraduate admissions. "They bring diverse experiences, dreams and passions to the campus community and to the nation's societal, economic and technological challenges. I look forward to their personal and academic growth during their Stevens years, as well as their accomplishments beyond these years."

Most diverse, highest-scoring class of undergrads ever

Preliminary admissions data for the new first-year class indicate the Class of 2025 will be the most diverse and inclusive in Stevens' history.

The incoming class hails not only from all regions of the United States, but represents 15 additional nations including Greece, Japan, Malaysia, the Philippines, Russia, Saudi Arabia, South Africa, Spain, Switzerland, Taiwan and Vietnam.

The expected percentage of enrolled students from traditionally underrepresented backgrounds, at 21% as of August 9, is a new Stevens high, continuing an upward trend that has seen the percentage nearly double in just five years.

The 2021 cohort includes 48 students attending with scholarship support from the landmark Stevens ACES (Accessing Careers in Engineering and Science) program — which received a 2020 Diversity and Inclusion Award from the New Jersey Business and Industry Association — as well as 50 students who participated in this year's Summer Bridge Program. The six-week program is administered through STEP (the Stevens Technical Enrichment Program), a long-running program for increasing diversity of representation in Stevens' student body.

Enrollment of women in the incoming class also reached a record high-water mark: approximately 33% of Fall 2021 first-year students are women, up from 30% the previous fall.

And the incoming class brings record standardized-test prowess: those first-year students who chose to submit SAT scores averaged 1432 on the standardized test.

More than 110 of the most promising applicants were selected for Stevens' prestigious Lawrence T. Babbio '66 Pinnacle Scholars Program, which will afford them additional cultural, travel and research opportunity throughout their academic careers.

Six members of the incoming class also arrived through [email protected], an admissions pathway for individuals who excel at project-driven, hands-on learning. These students will begin participating in the four-year coaching program focused on nurturing innovation and entrepreneurship.