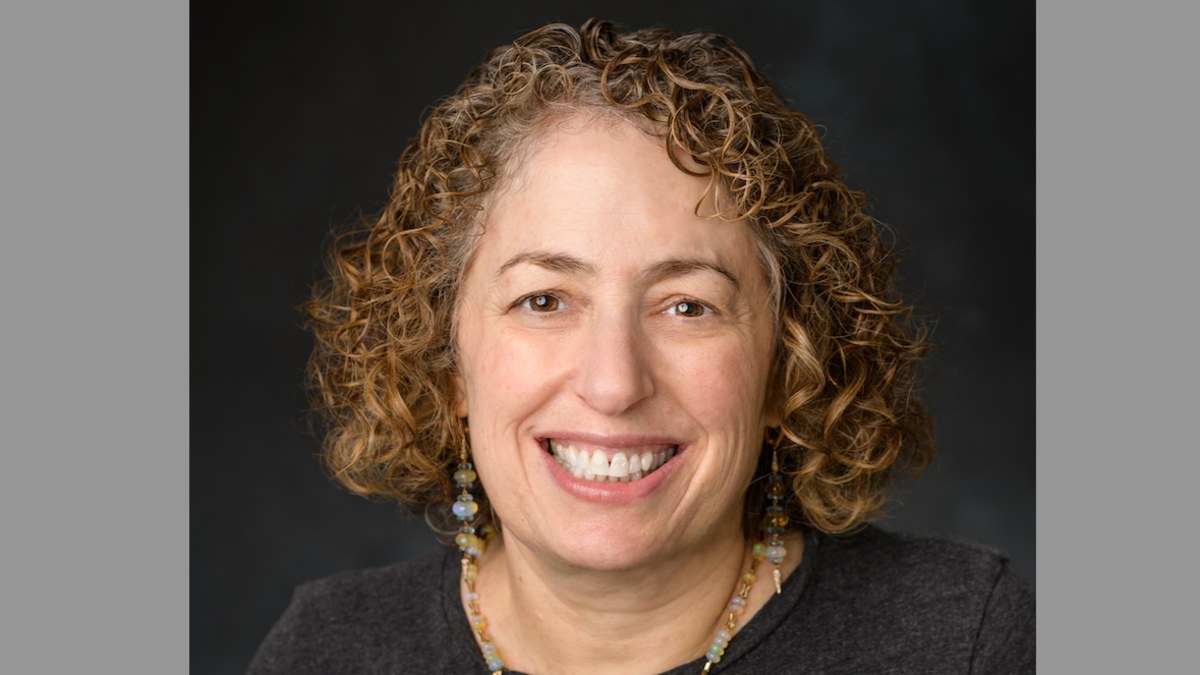 Eve Riskin’s decision to move back to New Jersey — her home state — in fall 2022, after nearly four decades on the West Coast to assume the role of Stevens Dean for Undergraduate Education was less difficult than she thought it would be.

“When I learned of this position, I avoided considering it for awhile; but once I dug in, I realized this was absolutely the perfect role for me,” says Riskin, who joined Stevens in September 2022 as both dean and a professor of electrical and computer engineering.

“I had already been to Stevens several times, giving talks. Stevens has the right size, a great location, it’s STEM-focused. So many stars had aligned for me.”

Now Riskin is rolling up her sleeves and digging into institutional data, programming, curricula and student experiences in an effort to help the institution continue its upward trajectory and become increasingly diverse.

How did a widely respected electrical engineer become a leading advocate for equality, access and student support?

“It’s partly my own lived experience,” she explains, “and partly the opportunities I have been afforded to work on things that make a difference.”

Born in Lawrence, New Jersey, Riskin was accepted to MIT, where she switched her major from computer science to study electrical engineering.

“I’ve often said I learned engineering by accident,” she laughs. “I was one of those people who was always very good at math but less interested in science.”

She followed by obtaining master’s and doctoral degrees in electrical engineering at Stanford, and added a second Stanford master’s in operations research along the way.

“There were definitely not many women in STEM at that time, in the 1980s, maybe I was one in four or one in five," she recalls frankly about her academic years. “And this continued in graduate school, where I experienced the headwinds any woman trying to progress in STEM does.”

Later, over an impressive 32-year career at the University of Washington (UW), Riskin attracted notice both for her advocacy for and mentorship of students and her leading-edge research in data and video compression — the same field formerly pursued by current Stevens President Nariman Farvardin.

“I have sometimes referenced President Farvardin’s papers in my work,” she points out. “I am sure we will have a lot to talk about.”

Riskin enjoyed her teaching and research as a UW professor of electrical and computer engineering, securing numerous grants and awards and significant professional recognition in the process including an NSF Young Investigator Award (the precursor to the present-day NSF CAREER award); a Sloan Research Fellowship; the IEEE Harriet B. Rigas Award; and selection as an IEEE Fellow.

But she also felt increasingly drawn to leadership roles where she could impact student and faculty experiences — in particular, to building advocacy of and support for students who were traditionally underrepresented at the university such as women, students with disabilities and students from underrepresented background and communities.

Promoted to the role of associate dean of UW’s College of Engineering, where she would remain for the next 15 years, Riskin began directing several important UW centers and initiatives aimed at increasing both faculty and student diversity in the university’s STEM programs.

Among those projects, Riskin helped lead UW’s ADVANCE Center for Institutional Change, an effort to increase the representation of women faculty in STEM fields on the campus with the support of the National Science Foundation’s (NSF) ADVANCE program.

“Over a 20-year period, we more than doubled the number of tenured and tenure-track women faculty” working in 19 STEM program departments, she points out — and UW now leads the nation’s top 50 engineering schools in percentage of women faculty.

Riskin also helped co-found and lead STARS (Washington STate Academic RedShirt), a signature program for UW students from limited-income backgrounds that has proved to be a remarkable success and has been funded and re-funded by the NSF twice. The program was based upon the successful Engineering GoldShirt Program at the University of Colorado, Boulder.

“Of all the things I did at UW, I’m most proud of STARS,” she enthuses. “It’s different because it fills all the gaps for students at risk of not completing college, students whose university careers could be derailed by one bad semester or one missed tuition payment.”

Leading STARS as its principal investigator, Riskin helped fashion a program giving graduating high school seniors from underrepresented communities — many of them first-generation college students — two intensive years of coursework and other support to prepare for engineering or computer science programs at UW.

The program also makes peer and faculty mentoring, as well as academic and career counseling, resources available to STARS participants.

Data show that high school students entering the program are more likely to complete their degrees, and that they gain and retain confidence and self-esteem.

“The six-year graduation rate for all undergraduates at UW is roughly 83%,” notes Riskin, “while the data for our STARS cohort — all lower-income, non-traditional background students — was above 90%. We were significantly outperforming the student body, and these were the students considered most at risk.”

“It’s a testament both to the STARS program and to the determination of those students.”

For her work diversifying and mentoring university student populations, Riskin was honored in 2020 by the White House with a Presidential Award for Excellence in Science, Mathematics and Engineering Mentoring.

She has also found time to contribute to research exploring important psychological and sociological questions in higher education.

Which students are more likely to become depressed in college? Which students were most affected by COVID-19 and the challenges of learning virtually? Are university assessments and rankings broken? What’s the best way to recruit more women to STEM leadership roles?

Riskin has co-authored research papers, or delivered recent talks and presentations, on these topics and others.

In her new role as a dean of undergraduate education, Riskin will dive into student data to try to understand why certain students are less likely to graduate — and how she can improve the odds that those students do complete their Stevens educations.

She will also examine curricula; meet with faculty and administrators across the university; and study existing resources for underrepresented communities — with an eye toward building or enhancing resources and support for students to pursue admission into Stevens’ (and the nation’s) top graduate programs.

“I really enjoy this work,” she summarizes. “I like people. I like getting together with wonderful collaborators, I like helping people’s career development. I was doing so many different things in my previous role and the Stevens position is an opportunity to focus on what I love most: enabling greater student success.”

“I’m so excited to get started.”