Engineering Tools for the Future 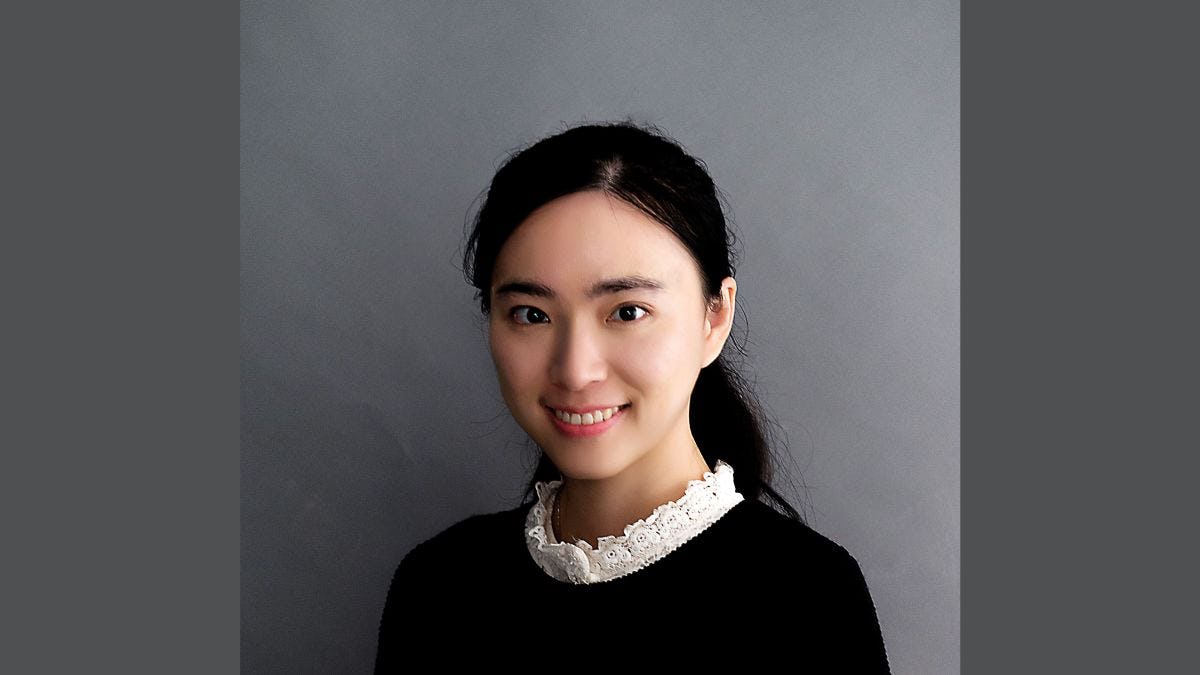 As a young child, Stevens Institute of Technology mechanical engineering assistant professor Annie Zhang would disassemble her own toys—on purpose—just so she could learn from her father how to fix them.

Zhang’s father worked across several engineering disciplines. As a kid, she was often fascinated by the complicated engineering sketches her father always carried and tried to replicate them by herself.

"My father is an engineer, and I was always fascinated by the work that he was doing," she said. "I wanted to copy what he did. So I took a toy, and then I broke the toy apart."

Zhang's research for the last decade has focused on nanotechnology and thermal energy management. But her passion for engineering has spanned through most of her lifetime, starting with those early days observing her father.

By the time she’d reached primary and middle school, Zhang had a strong interest in engineering, science, and technology. With a natural aptitude for science and mathematics, she would visit her father’s company, intent on observing him and his colleagues in action.

Those childhood experiences of watching her father work at the intersection of mechanical engineering, electrical engineering, and architecture, she said, "sparked my imagination and planted in my brain the dream of becoming an outstanding engineer to change the world with novel ideas."

So when it came time to choose a college major, there was "no doubt" that she would pursue engineering. The engineering field was a natural fit.

Zhang earned a bachelor's degree with highest honors from Shanghai Jiao Tong University in a joint program with the University of Michigan. During that time, she placed second as part of a team in China's national undergraduate engineering challenge, and was one of only four students selected to attend her fourth year at Purdue University in Indiana as a visiting student in the Global Program. She credits this exchange program with allowing her to experience firsthand the "atmosphere" of advanced engineering education and research.

"I was the only female student in the Global Program," she added.

After that, Zhang went to Columbia University where she pursued her master’s and doctoral degrees in mechanical engineering. There she worked with the first group of scientists in the United States researching two dimensional materials, which are related to the 2010 Physics Nobel prize. Her work has been presented in top scientific journals and international conferences.

Zhang joined the University at Buffalo's materials design and innovation department as an assistant professor in 2017. She transferred to Stevens' mechanical engineering department the following year, in August 2018, where she focuses primarily on heat transport and conversion in relation to low-dimensional materials.

Zhang's lab group was the first to measure and report on the thermal conductivity of molybdenum disulfide and molybdenum diselenide, two semiconductor materials that are only one- and two-atomic-layers thick.

Using two lasers instead of the customary one to obtain such measurements, Zhang said, allows the team to obtain more and more accurate data than was previously possible.

"It’s a novel structure," Zhang said. "Not only did we build this structure, but we were also the first group to study the thermal properties of these devices."

Potential applications for these discoveries that are of long-term research interest to Zhang include performance enhancement in wearable electronic devices and in tactile robots for health and disease monitors.

Zhang's focus on the investigation, fabrication, and sensing applications of nanoscale materials is no accident. In addition to finding this area of research "really fascinating," she believes low-dimensional materials are slated to become the materials of the future—"not only in engineering," she said, "but also in our daily lives."

Because low-dimensional materials are atomically thin, light, flexible, and exhibit superior thermal and electrical conductivity over conventional materials, they are uniquely suitable for such varied technologies as computer transistors, wearables, bendable smartphone screens, electric car batteries, and so forth.

Not only would such devices be a convenience for society, she said, but they have the potential to improve both public safety and global economic health as well.

The safety of electronic cars, for example, she said, could be improved by using nanomaterials to improve thermal dissipation of electric car batteries, thereby reducing the risk of fire incidence that currently challenges the industry.

The development of high-performance, skin-like wearable disease monitors, meanwhile, holds the potential for a "global cost savings of about $200 billion in the healthcare sector in the next two decades," she said.

These are just two fields to which Zhang hopes to contribute in the future. She also hopes to apply the knowledge and skills she has developed in nanofabrication, measurement, and thermal management optimization to developing devices and equipment with reduced energy consumption.

"For example, we could have bendable smartphone screens with very low energy consumption," she said, "or maybe a (digital) newspaper in hand that is transparent and lightweight."

Zhang has reviewed articles for more than 30 publications and has been published in such leading journals as Nature, Nature Nanotechnology, and ACS Applied Materials & Interfaces, and more. In 2019 she was named an Amazon Web Services (AWS) Program Educator and awarded a Stevens Bridging Award. She also won The Education Abroad Network (TEAN) Education Award and Grant to develop a program for facilitating international education.

Next month she will be participating in the Stevens summer seminar series on energy and sustainability, which will be open to both the Stevens community and the general public. Her presentation, to be held via webinar on July 7 at 2 p.m., will focus on "the heat mystery of low-dimensional devices."

As a complement to her research, Zhang emphasizes the importance of teaching as part of her career journey.

In fact, in addition to citing Stevens' mechanical engineering program's high national ranking and the quality and breadth of its research and researchers, Zhang credits the university's emphasis on pedagogy as part of what attracted her to the university. This focus, she says, aligns well with her own student-focused approach to teaching.

By eliciting student feedback from the very first lecture and throughout the semester, Zhang customizes her curricula and teaching style based on direct feedback, as well as according to student performance on homework and students' responses to lectures in the classroom.

Zhang also believes in the importance of fostering interest in STEM (science, technology, engineering, and math) subjects at an early age—a principle that perhaps mirrors her own experience learning about engineering firsthand as a child.

By working on outreach programs with K-12 students, she particularly hopes, she said, "to increase female participation in engineering and the STEM fields."

While Zhang describes outreach work as fun and rewarding on a personal level, she says it has also helped her to realize how cultivating interest in a subject early on can help set a child on a path to future success.

Speaking of working with elementary students, she said, "it’s really a good experience for both me and the child. I have a feeling of accomplishment, and I can see that they really have interest in this experience. That interest is very important for us—and for anyone to conduct research."