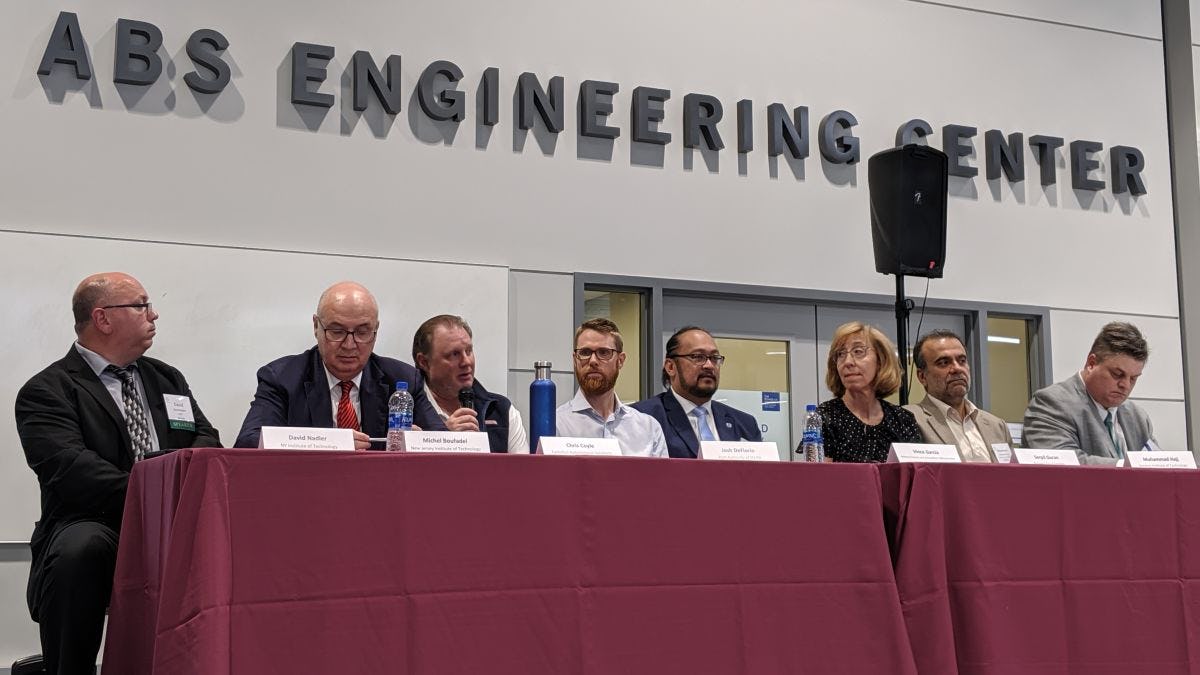 Stevens’ Davidson Lab hosted an Ocean, Climate Change, and Sustainability Showcase in conjunction with the New Jersey Technology Council on July 19, 2019 with the goal of bridging the gap between discovery and commercialization.

The event, which featured a tour of the Davidson Lab and presentations by climate experts at Stevens, also included a panel discussion about the future of sustainability with seven regarded scientists and industry leaders.

“Stevens researchers are providing state-of-the-art science, showing government and community partners how climate change will continue to worsen flooding, as well as what they can do about it,” said Orton.

The panel, moderated by David Nadler, Chair of the Environmental Technology and Sustainability, NY Institute of Technology, touched on what research, commercial, and government entities can do to prepare for and respond to these extreme weather events, which are predicted to increase in frequency with the impact of global warming.

The participating panelists were:

Hurricane Sandy’s devastating effects on New York City and the New Jersey shoreline in 2012 were highlighted prominently in discussions. Panelists described their organizations’ efforts during the storm, emphasizing their commitment to addressing the challenges faced by coastal communities as global temperatures continue to rise. At the Davidson Lab, researchers played a crucial role during the superstorm by creating a real-time model of Hoboken, NJ to simulate and map how water would flood the city, and which streets needed to be closely protected. CNN, the Weather Channel, and other national media outlets assessed the laboratory’s predictions to be vital and accurate.

While the predicted return estimate of another storm of this magnitude is 260 years, climate change makes such events a more pressing, and less predictable, threat. The Davidson Lab is committed to marine monitoring and flood hazard assessment as aspects of managing such storms.

The laboratory also created and maintains the NY Harbor Observing and Prediction System (NYHOPS), a forecasting resource for emergency preparedness in the metro New York City area and coastal NJ. This and other resilience research initiatives represent ongoing efforts to visualize flooding, and to demonstrate these conditions to the general public. In collaboration with government and industry leaders across the region, the lab continues to play a critical role in the management of coasts.