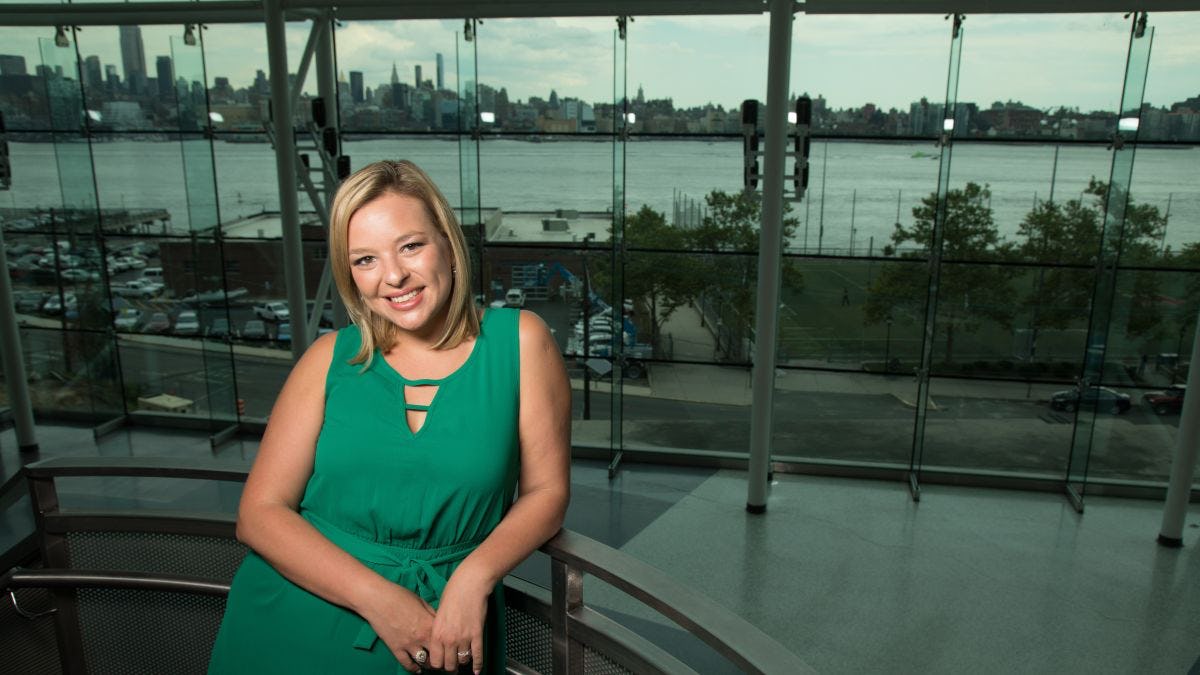 It was during her sophomore year at Stevens when SPHERE Technology Solutions founder and CEO Rita Gurevich ’06 made a life-changing decision: to seek a cooperative-education internship — the first of three — at the famed Lehman Brothers investment bank in New York City.

“I had created such strong relationships at Lehman that I asked Stevens to continue placing me there if possible. And Stevens did that, which I appreciated tremendously, because it ended up completely shaping my career.”

Hired immediately after graduation, Gurevich swiftly rose to a role as associate vice president in Lehman’s IT department, where she worked in a technical role supporting internal communications and data-sharing among brokers and other Lehman employees. For a Russian immigrant who had double-majored in math and computer science when few of her fellow female high school classmates were pursuing tech studies, it seemed a huge step toward a career in the financial services industry.

Except it didn't work out the way she expected. And, in the end, that turned out to be a blessing in disguise.

Less than two years later, the company would be out of business, filing for the largest bankruptcy in U.S. history, a victim of a global financial collapse that cratered the market and shuttered a long list of financial titans in its wake.

But during those last months of the fire sale of Lehman business units, helping the hundred-year-old company untangle huge, complicated data sets and delivery to a multitude of buyers, Gurevich learned something that would eventually transform her into one of the state's leading women entrepreneurs.

“It was a terrible time for so many who had invested their lives’ savings in these banks that they worked for,” she remembers. “I feel so deeply for what they went through. And as we all worked through it, around the clock in these incredible, close-knit teams, it also became an opportunity to learn the importance of data governance and security — and the power of skilled teams and networks — in a very direct way.”

Building cybersecurity from the inside out

Once the dust had settled on Wall Street, Gurevich launched her new venture simply: Working out of her own kitchen, she began reaching out to friends and former colleagues who had moved on to other financial institutions, offering to consult in data security.

“It was just me,” she recalls. “When the first clients bought the service ‘we’ were providing, I came on site to do the project, and they said, ‘Wait a minute, aren’t you the sales person we spoke to before?’ I had to tell them, yes, I was — and that I was also the company lawyer, the accountant and the receptionist.”

Gurevich concedes her youth likely gave some of her early clients and sales prospects pause.

“They were listening to this relatively young person, talking and presenting about cutting-edge technologies where you’d better know what you are talking about. It was a little bit intimidating for me,” she says. “But I kept at it, secured my first major client, and things began to take off. Soon, my age became just another number.”

The firm provides governance, security and compliance solutions for a growing collection of clients, including a number of Fortune 500 companies, and has been named one of the fastest-growing female-owned businesses in the nation by both Inc. and Deloitte.

“Everyone talks about cybersecurity and data breaches these days, but we were dealing with these before it was cool,” chuckles Gurevich. “The advantage to being a little more mature, a little more experienced is that we have a number of customers now — and we're always learning from our customers. They’re sharing with us what they're experiencing. We get to leverage the real world for R&D. We're not so much thinking about ‘What threat may be next?’ as we are seeing it happening right in front of our eyes, and adapting to it.”

The company, says Gurevich, is different from other cybersecurity firms because it is founded on the unorthodox yet key principle of defending institutions from within rather than simply building new walls to keep attackers outside the reach of sensitive data and critical assets.

“We’ve all learned by now that there’s no way to keep every intruder out,” she explains. “No matter what, people will get in, by accident or because of a vulnerability you didn't or couldn’t address. Or you may have a few bad seeds within your own walls, or a few naïve employees who can be successfully attacked through social engineering — and that's all it takes to be breached. We see these stories all the time.”

Business is booming, including at a new London office SPHERE opened in the heart of that city's Old City financial district in early 2017.

“Unfortunately, it's far easier to hack into a network and steal data or credit card numbers than to rob a bank,” Gurevich says. “And you're far less likely to be caught. So you’re seeing this kind of activity and these threats on the rise everywhere. Our clients have more challenges than ever to tackle, and we are there for them 24/7.”

As she looks forward to her company's next big innovations, new clients and an imminent move to a new headquarters space, Gurevich credits her Stevens education with preparing her to successfully launch a startup and then scale it up to a thriving enterprise. The university, she says, provided both key connections and skills that would very shortly turn out to be invaluable in the world of work.

“Stevens not only got me into the financial industry at a young age, which is how I began my career, but it taught me to be comfortable with the uncomfortable,” she explains. “In the real world, on day one in your first job, you will use almost nothing of what you actually learned in class. Every situation, every challenge will be new, particularly in my line of work. Things are always changing and adapting, and we have to grow and adapt with them. I was prepared to do that, because at Stevens we were thrown into real projects, such as programming courses in our freshman year, right away.

“It wasn't always comfortable, but we learned to adapt and quickly become comfortable with challenges. That’s the value of a Stevens education.”