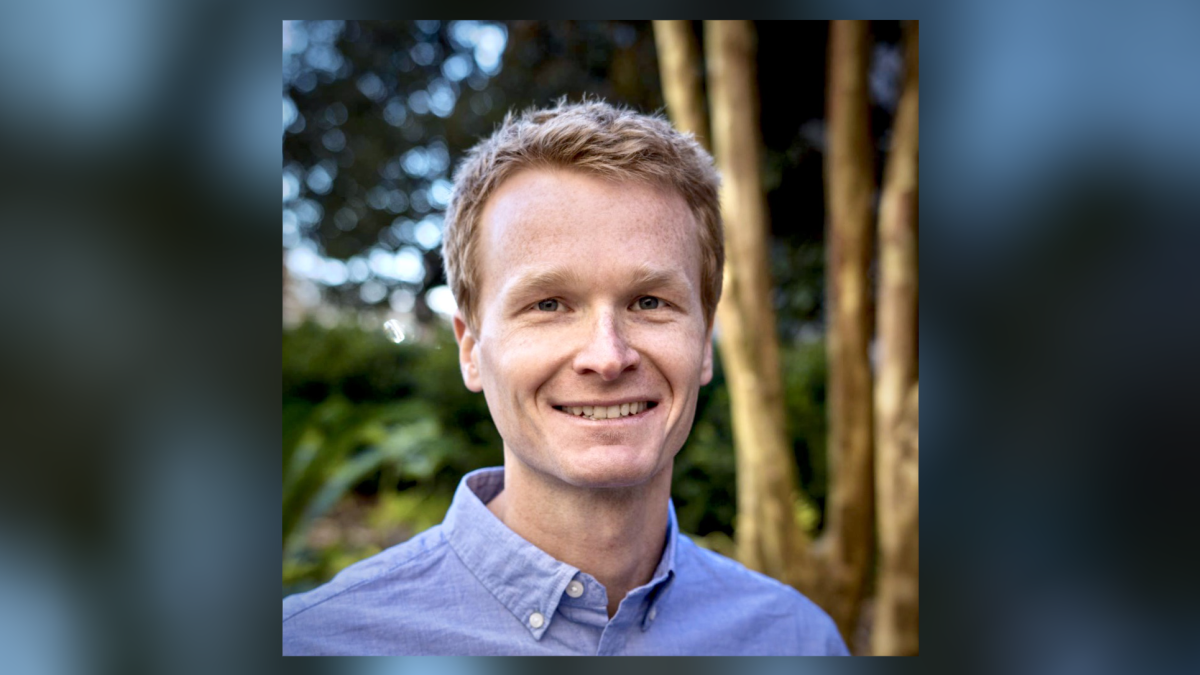 With an affinity for experimental philosophy, Byrd bolsters the College’s commitment to interdisciplinary research and education.

This semester, Dr. Nick Byrd joined the College of Arts and Letters as a tenure-stream assistant professor. A philosopher-scientist, Byrd studies how changes in judgements, decisions, and beliefs affect reasoning and well-being. His pursuits blend philosophical considerations with technology, and in doing so, attract the attention and financing of those who’d like to translate intellectual principles into real-world applications.

With more than $450,000 in active grants, Byrd brings to the College a strong research portfolio. Two of his most substantial undertakings of the moment examine how reasoning affects interactions with government intelligence and religiosity.

With the U.S. Office of the Director of National Intelligence and U.S. Department of Energy, Byrd serves as the Intelligence Community Postdoctoral Research Fellow, a role he initiated at Carnegie Mellon last year and now continues at Stevens. The project, titled “Reducing Belief-Driving Thinking,” considers how to mitigate and reduce intelligence failures caused by belief bias. Byrd shares the $194,000 grant with Simon Cullen of Carnegie Mellon University, Steven Rieber of the Intelligence Advanced Research Projects Activity, and Ashley Lytle, an assistant professor of psychology here at Stevens.

“We're trying to investigate how we get people to overcome their prior beliefs to accept and reason rationally about counter evidence or about somebody else's perspective,” explained Byrd. “We're looking for very easy interventions that help people overcome this prior belief or at least become more open minded to alternative perspectives.”

Their developed software pairs participants of opposing beliefs, following an initial assessment of opinions, and encourages the two to agree upon a well-reasoned judgment. Technology allows these interactions to occur online and at-scale, and in consequence, the project holds potential to evolve collaboration in the intelligence community and beyond. According to Byrd, the technology may facilitate conversations related to education, race, and political parties in the future.

Another of Byrd’s studies, “Religiosity and Reflection across Cultures,” examines the relationship between reflective reasoning and people’s religious orientations. Providing more than $246,000 in support, the Experimental Philosophy of Religion grant comes from the John Templeton Foundation and is shared with Steve Stich of Rutgers University and Justin Sytsma of Victoria University of Wellington. Previous studies, conducted throughout the world, provided surprising and, at times, contradictory conclusions on how religious, agnostic, and atheistic individuals reflect upon theology when their reasoning was experimentally manipulated.

“We proposed a variety of studies that could solve this question over a few years, which would involve studies both in person and online at a huge scale, in multiple languages, in multiple countries,” explained Byrd. The study will also take into consideration differences in religions and reasoning styles.

“I think our research will have the ability to give a more nuanced picture of various groups, whether it's believers or non believers, and probably break down the idea that you can say something rather universal about either group, good or bad.”

“Here in the College of Arts and Letters — where both psychologists and political scientists and philosophers all work under the same umbrella—this kind of collaboration and interdisciplinary work is really encouraged,” continued Byrd. “I'm glad to be at a place that cherishes this type of work and encourages it. I think we can make a lot of progress in understanding how philosophical judgment works by embracing this approach.”

About the College of Arts and Letters

Devoted to research and scholarship, the College of Arts and Letters explores the humanities and arts through the lens of science and technology. This interdisciplinary unit of Stevens offers seven undergraduate majors, 14 minors, and an accelerated law program.