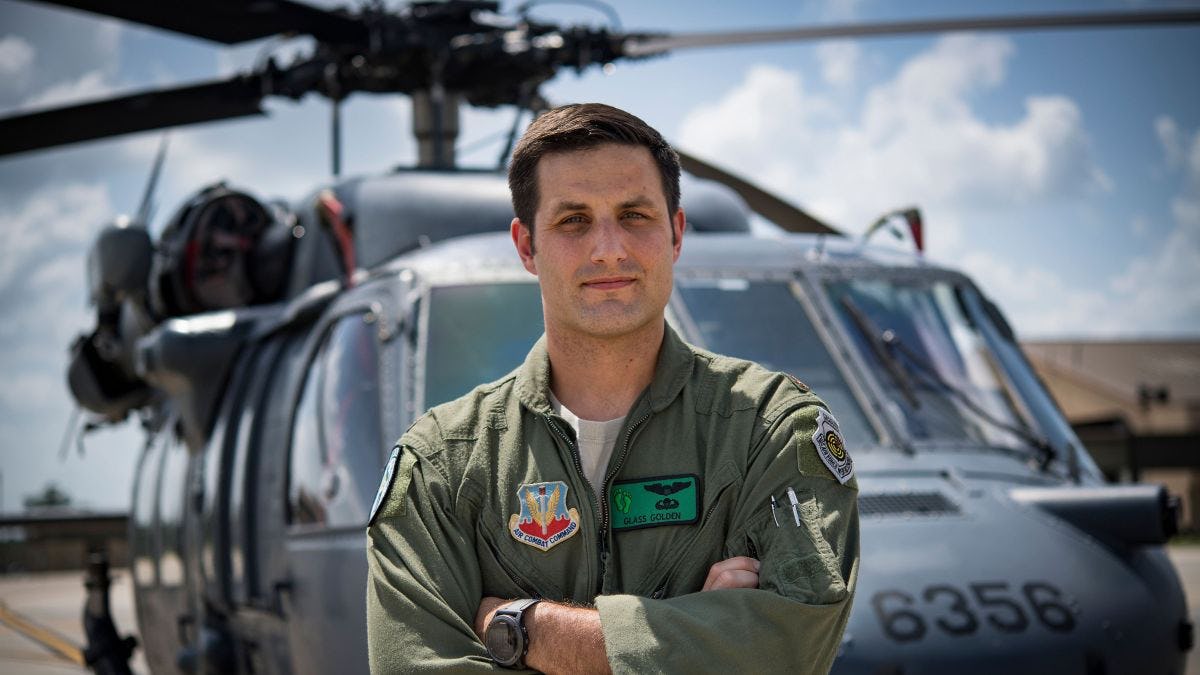 When The Indicator first interviewed Air Force Major John Golden ’09, in the Summer 2015 issue, he was stationed across the pond in England, piloting his beloved HH-60 Pave Hawk helicopter as part of the Air Force’s elite Combat Search and Rescue Squad. Some things have changed since then, but at least one remains the same: He is still happy to answer the call to serve.

Q. The last time The Indicator caught up with you, you were in Lakenheath, England. What have you been doing since then?

Right after the article was published, I was deployed to Iraq for five months. I then moved back to the States and have been stationed at Moody Air Force Base in Georgia. Recently, I attended USAF Weapon School and graduated in December. I was then deployed to Africa and just got back to Moody this summer. We’re currently in the process of moving to Las Vegas, Nevada, where I will be an instructor at the Weapons School at Nellis Air Force Base.

Yeah, I do. It would be easier if everything just stayed in one place, of course, but I’m used to moving so I wouldn’t know what to do if I wasn’t on the move. It’s just my job. This past year, I haven’t been home for more than 60 days and that goes with doing the mission. That said, I get so much self-fulfillment out of it. And Erika (DeWan Golden ’10, Golden’s wife) knows that and understands it, too. There’s a reason for what I’m doing.

Q. When you’re on missions around the world, are you with the same team or are the teams shuffled around?

For the missions to Iraq and Africa, I was with the same team from Lakenheath and Moody respectively. We always deploy with a team from the station, but those teams change as people move around. It’s still a small community that does these types of missions, though, so you just know a lot of people.

Q. When we spoke to you in 2015, you said that you want to be in the Air Force “until [you] can’t fly anymore.” Does that hold true today?

Oh yeah. It’s not so much the flying for me that makes me want to do what I’m doing; it’s the rescue mission. And that I want to do until they tell me I can’t.