Catching Up with the Clark Scholars 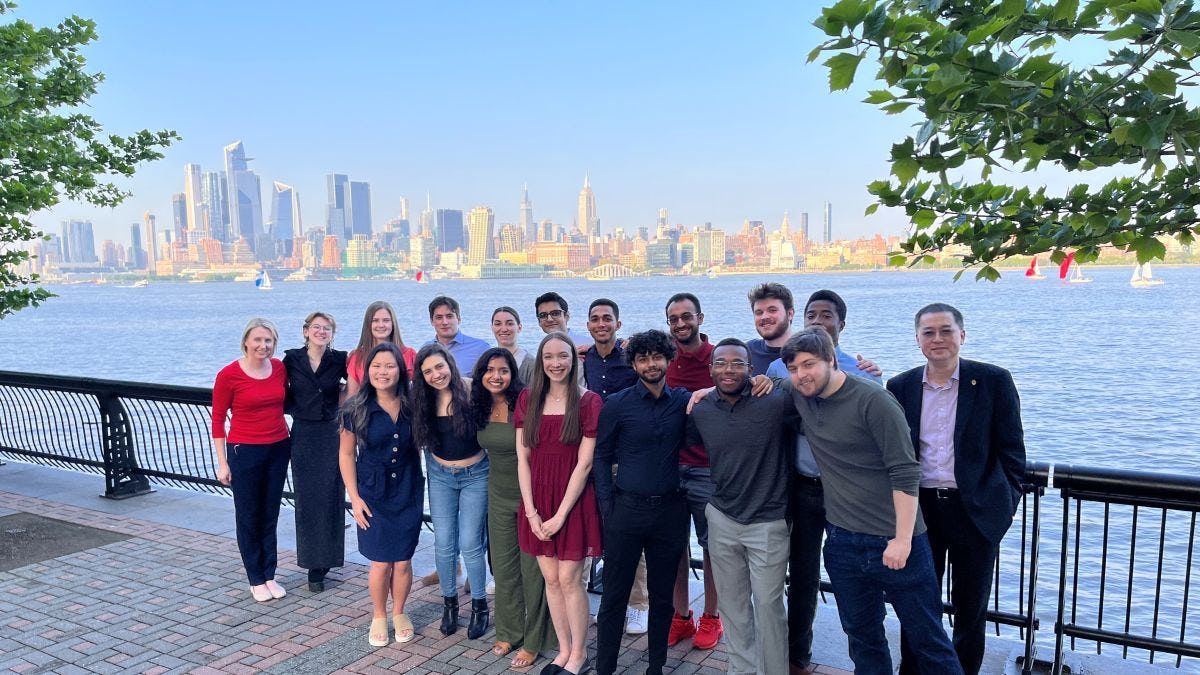 Alida McKee, associate director of special programs and administration at Stevens, cannot speak highly enough of the students in the A. James Clark Scholars Program. “They’re quietly successful and do all these amazing things that they may not tell you about,” she says. “They’re kind students; they motivate and help each other out, and they really do try and lift everyone up.”

Four years since the program started at Stevens, many of the inaugural cohort of the Clark Scholars will graduate next week. The program, made possible by an investment from the A. James & Alice B. Clark Foundation, recruits high-performing students who are traditionally underrepresented in the engineering fields and exhibit a passion for “making a difference.” The program provides other benefits, including a summer stipend for study abroad or research, a budget for cultural events and gatherings and, of course, community service. McKee notes that the community service projects, many of which support the Hoboken Homeless Shelter, are grassroots and student-run, which speaks to the character of the scholars.

“Their experience with community service carries over into how they act with each other and conduct themselves. They’re smart and academically minded, but they’re humble about it,” she says. “They’ve created a culture of all-around excellence.” 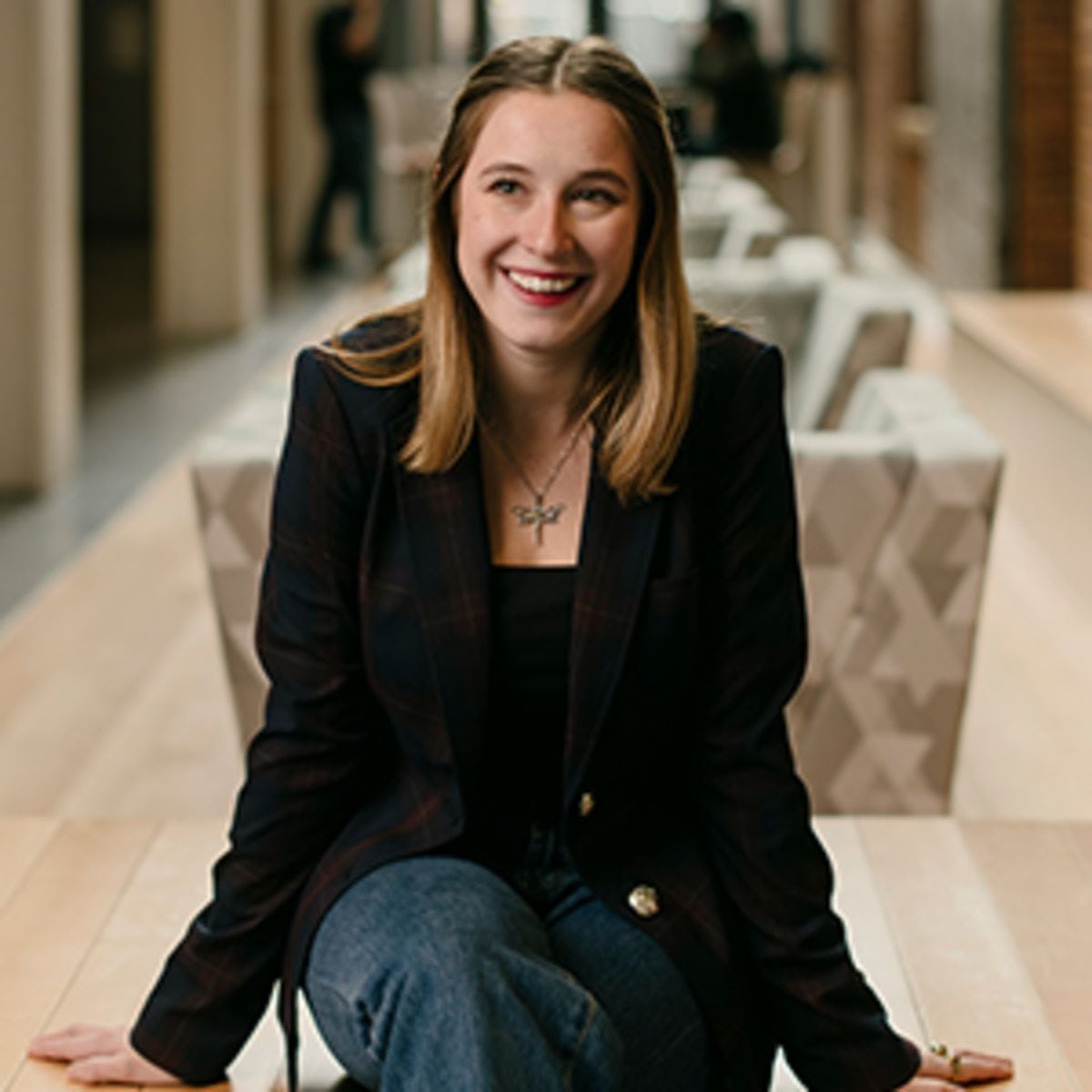 That excellence can be seen in the graduating seniors, who already have big plans. Some are continuing their studies while others already have jobs lined up. Trinity Lundemo ’22 will start as a clinical specialist for cardiac rhythm management at Medtronic once she graduates, and she credits the Clark Scholars program with helping her grow not only academically, but also as a person.

“The Clark program encourages research and study abroad opportunities over the summer, both of which I have participated in and were highlights of my time at Stevens,” she says. “And because it eliminated the significant economic burden that I had forever associated with attending college, I have been able to more freely focus on academics, developing my relationships and discovering myself — something that I hope more students can experience.” 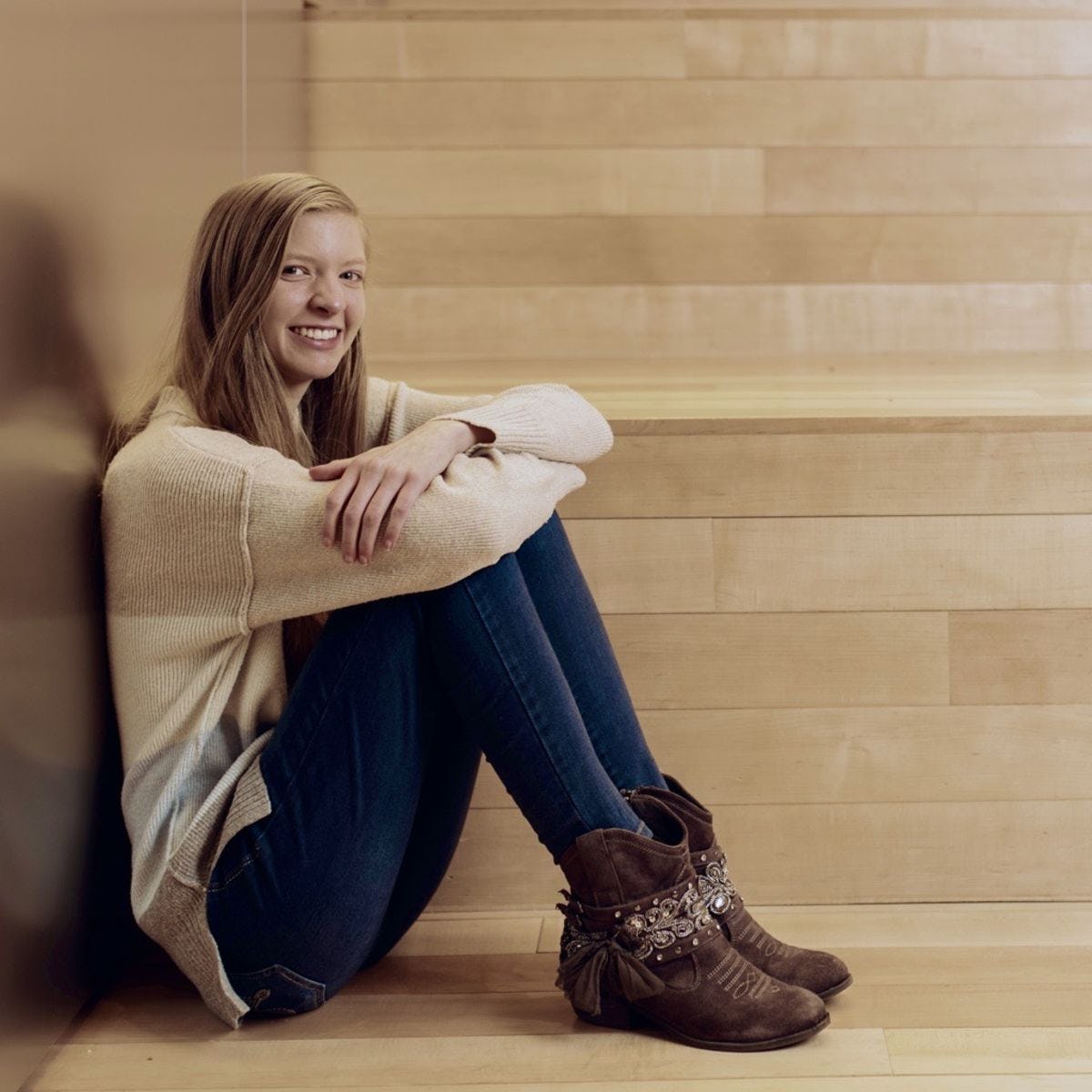 Kaitlyn Sharo ’22, who is graduating first in class with a 4.0 GPA and will start work at CACI as a junior software engineer after completing her master’s degree this summer, agrees. “I was able to work concurrently on my bachelor’s and master’s degrees and spend time as a research assistant for two professors. And I also got to live out my non-technological dreams of teaching and music by being a course assistant and participating in small ensembles,” she says.

Those continuing their educations also look fondly on their Stevens Clark Scholars experience. 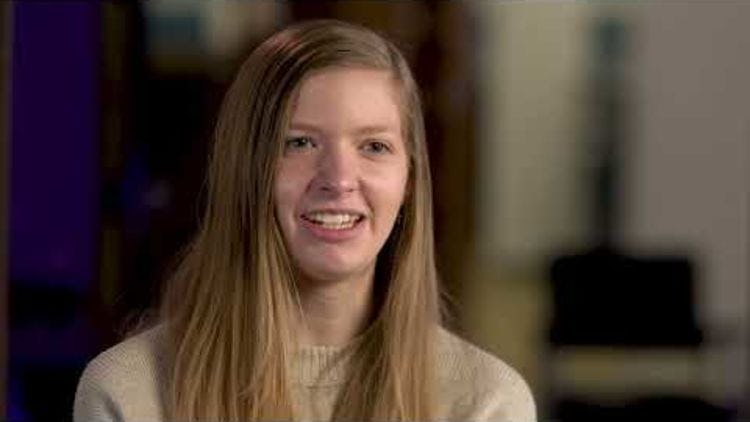 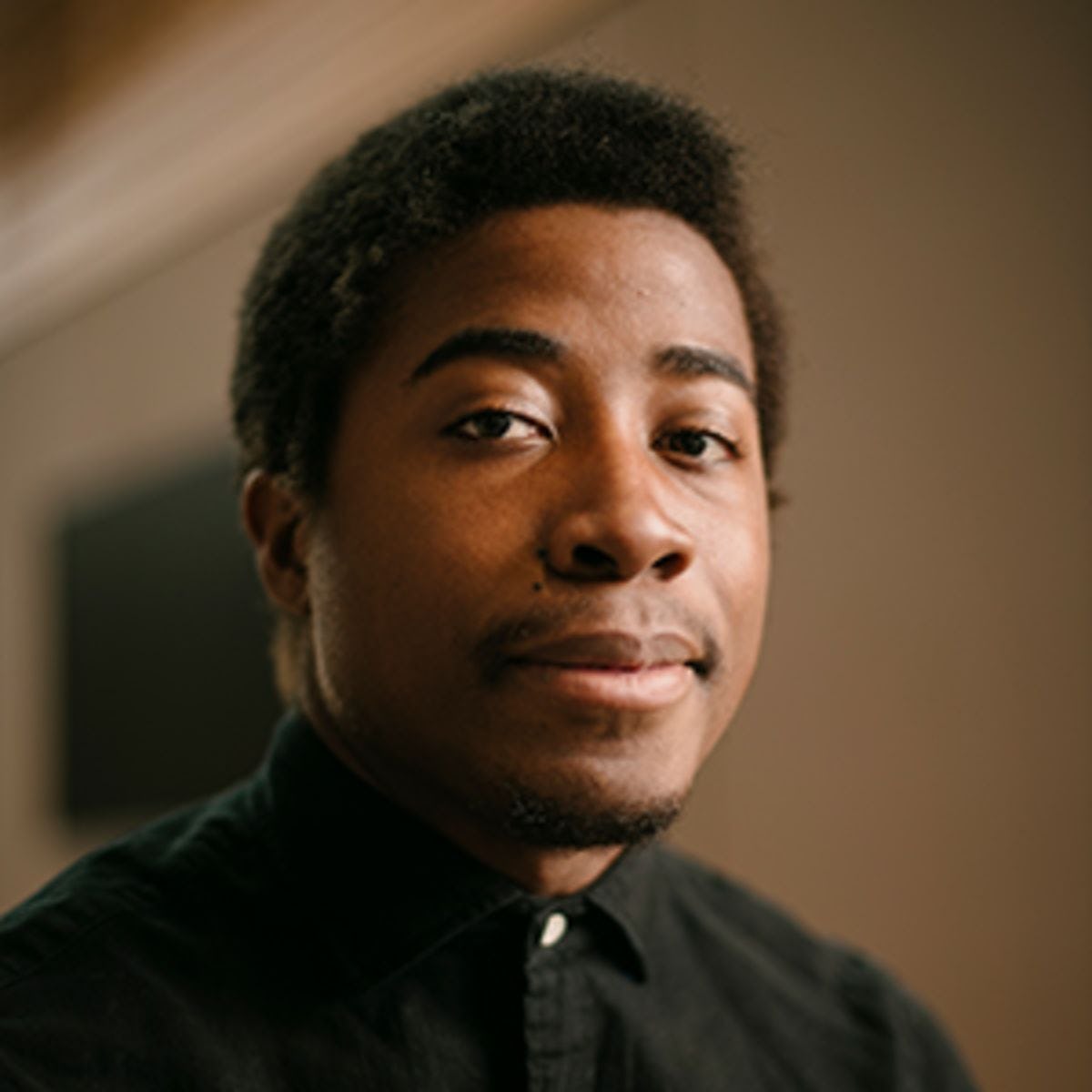 “I conducted engineering research throughout undergrad that gave me experience that made me a desirable applicant to grad programs in my field of study,” Cory Phillipe ’22 says. “With the mentorship and guidance I received in my classes and research projects, I learned not only about different engineering topics but also about the type of professional I want to one day become.” He will pursue a Ph.D. in aerospace engineering this fall at the University of Illinois Urbana Champaign, which will be fully funded by the SURGE Fellowship under the Department of Aerospace Engineering and the Grainger College of Engineering. 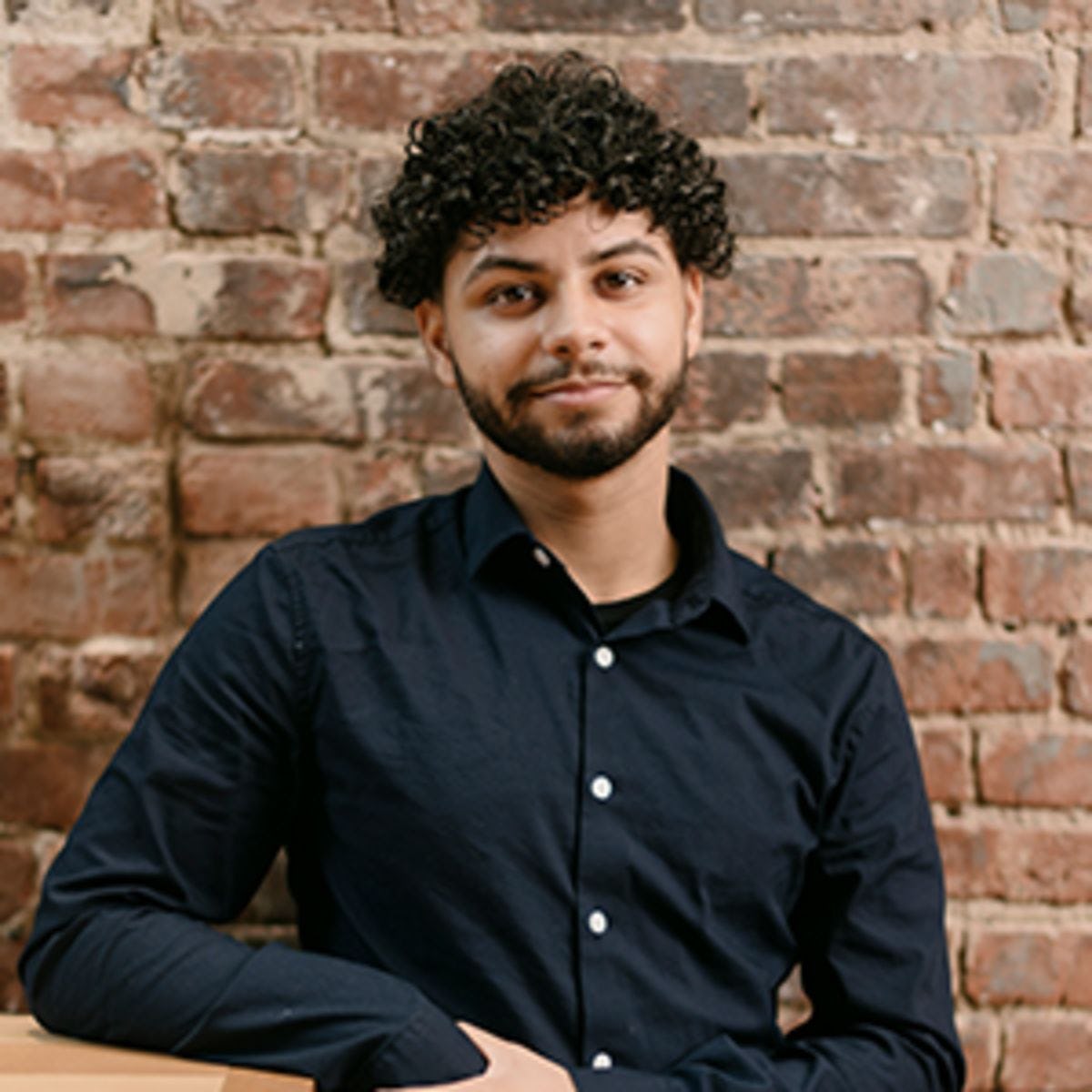 As his first-cohort colleagues graduate, Adrian Garcia, Class of 2023, will spend another year on campus, having opted for the five-year co-op program. He spent one co-op term with Movado Group and two terms at Con Edison and says both experiences helped prepare him for his future career.

“I came to Stevens feeling behind because I didn’t have certain experiences but, over time, I found that I became more and more prepared, either through the co-op program, my courses or my own personal projects. Now I feel I’m ready to take that next step and go into the workforce and even if there are things I haven’t learned yet, I know what tools I can use to learn those things,” he says. 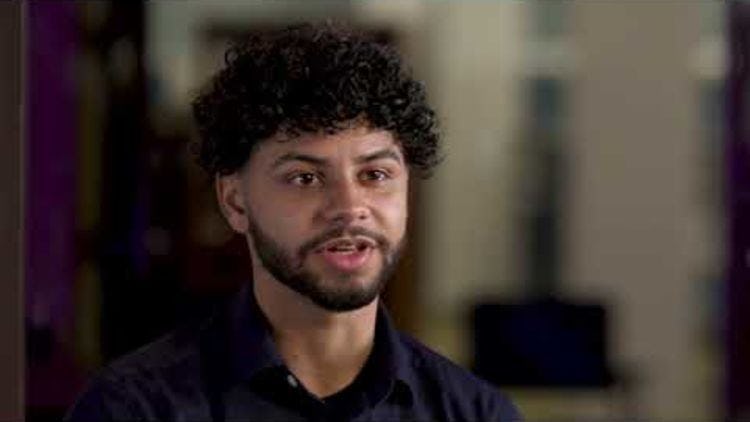 Happy for all their individual successes, what makes McKee most proud is that the Clark Scholars stuck together, particularly over the past two years.

“They persisted through this difficult pandemic and even while they were working so hard academically, they kept the cohesiveness of the program virtually — through virtual cooking classes, escape rooms, painting classes — to keep the relationships and maintain their connections. I’m really proud they saw the importance of doing that,” she says.”

The program itself is built upon a foundation of relationships, particularly the bond between Stevens President Nariman Farvardin and A. James Clark.

“Mr. Clark was an inspiration, a mentor and a friend to me,” Farvardin says, “and I am profoundly honored that this program creates an environment that produces graduates who will make their mark on the world and who possess the rare combination of attributes that Mr. Clark embodied: remarkable leadership skills, unquestionable integrity, business acumen, technology prowess and a selfless dedication to humanitarianism.”

“In addition to an excellent engineering education, the Clark Scholars Program offers a proven cohort model, business and leadership training, cultural experiences that introduce the scholars to the rich arts scene in and around New York, as well as service opportunities to benefit the Hoboken community," says A. James & Alice B. Clark Foundation President and CEO Joe Del Guercio, a Stevens trustee. "The inaugural Clark Scholars Program graduates are poised to become leaders in their chosen fields, and we can't wait to see what they achieve."

The program, which is going strong and admits about 10 new first-year students every academic year, now seeks a new relationship with its first graduating cohort.

“They’re already great role models to the first-years and sophomores in the program, so while it depends on where they live and what they’re pursuing, I’m sure many will stay connected with the program and each other as alumni,” McKee says. “It makes me happy to see that they genuinely enjoy spending time together and want the best for each other, and I’m sure that will continue.”