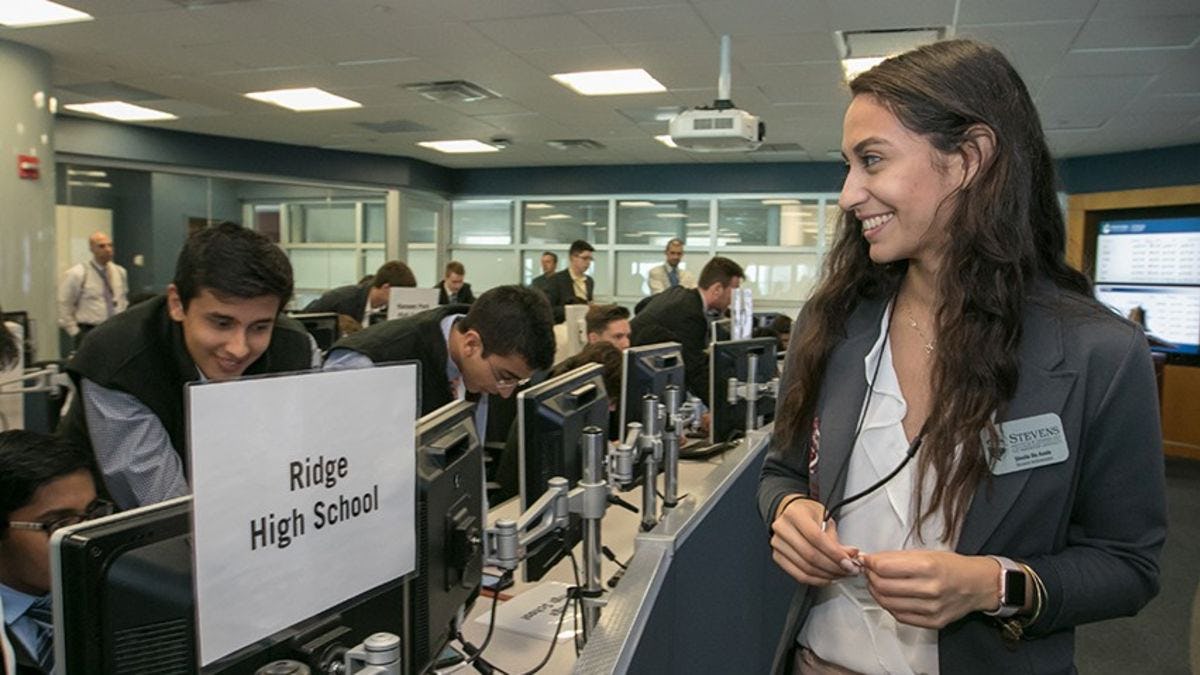 As a student ambassador for the School of Business, Sheila De Assis assists with different events, including Trading Day, a competition for high schoolers that Stevens hosts annually.

Before She Starts Her Career at Morgan Stanley, De Assis Will Spend Gap Year Teaching English in Asia

Growing up, Sheila De Assis used to dream of being a teacher.

But as she advanced through her high school years at Bergen County Technical School, in Teterboro, NJ, her goals became less clear. Luckily, she had a fallback plan; she majored in Culinology, a subject that blends the study of cooking with the technology and science of food production.

“I decided on Culinology because it was a transferable skill,” De Assis said. “I thought, at least after four years, I’ll know how to cook.”

She focused on transferable skills again when selecting a college and a course of study, which led her to the School of Business at Stevens Institute of Technology. Since she wasn’t certain what she wanted to do after graduation, she was determined to find a path that would provide her with plenty of opportunities. 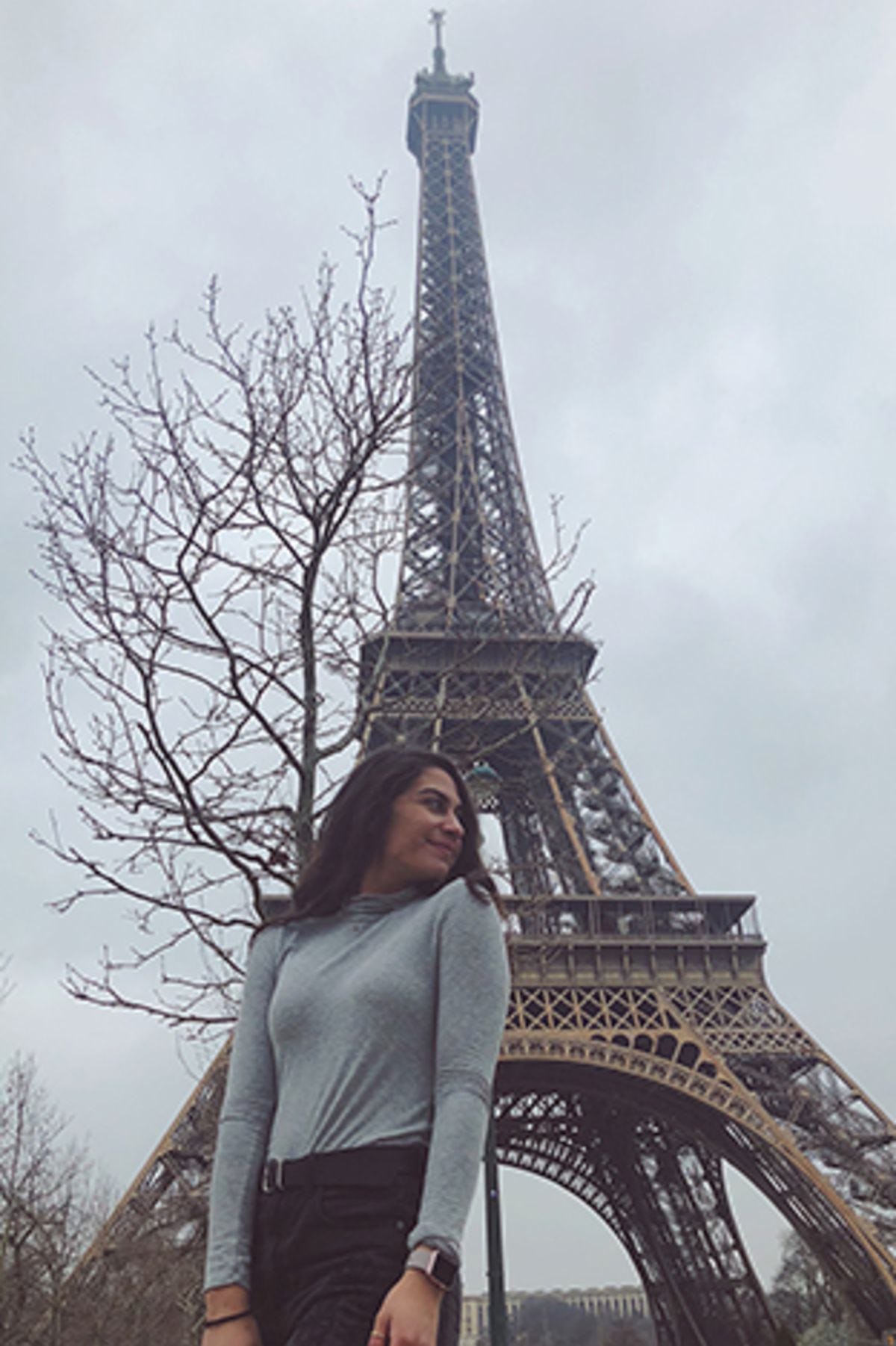 De Assis was able to travel to a dozen different countries, including France, while studying abroad in Amsterdam during her junior year.

“I was immediately drawn to the Business & Technology major,” she said. “I knew that I would have a degree that is always going to be in demand.”

Taking advantage of every opportunity

As a three-sport athlete in high school, De Assis had little time to participate in other activities, which is why she was enthusiastic about getting involved when she arrived in Hoboken as a freshman in 2015. She joined the Society of Hispanic Professional Engineers and the club lacrosse team and later became a founding member of the Stevens Women in Business group.

Shortly into her first semester, she was approached by Michelle Crilly, director of the Student and Faculty Support Center at the School of Business, about becoming a student ambassador, a prestigious position reserved for those who are active on campus and excel academically.

“What I immediately saw in Sheila was how energetic and driven she is,” said Crilly, who also taught De Assis in her project management class. “She really stood out to me as a passionate student who loved being here at Stevens right from the start.”

Being an ambassador gave De Assis a deeper understanding of the business school’s resources, which she quickly made use of as she began her search for a summer internship. She received help building her résumé and writing cover letters, and she tapped into contacts she had already made at career fairs. Despite her freshman status, she went into interviews well prepared, in part because of the guidance she received from her advisor, Dr. Don Lombardi. 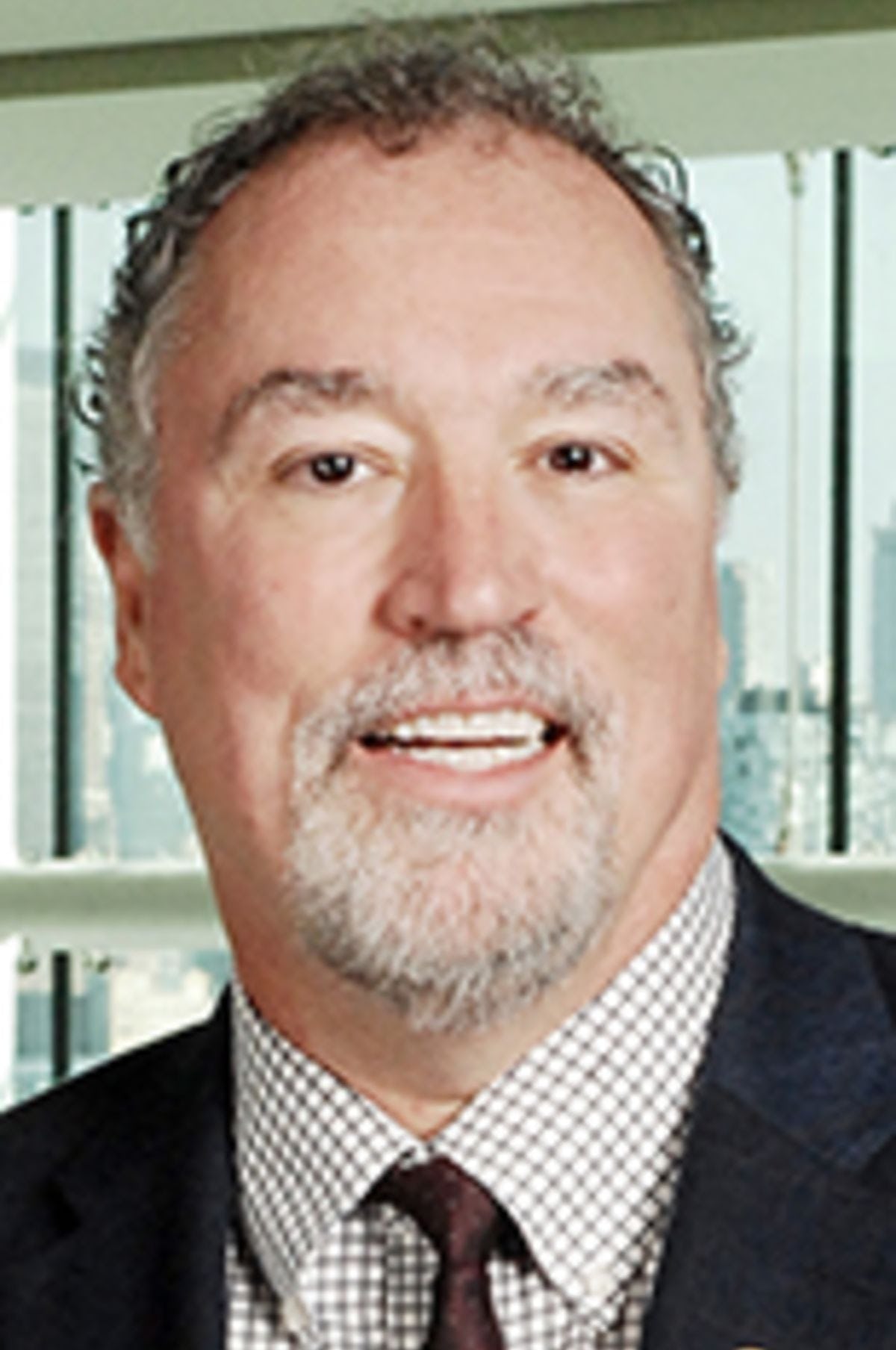 “He helped me figure out what my strengths were and how to position them,” she said. “My pitch was that I didn’t know anything yet, but I wanted to learn everything.”

Dr. Lombardi said De Assis’ “boundless energy, personal motivation and desire to learn as much as possible from every situation, both in the classroom and experientially” made her a strong candidate for internships and a perfect fit for the academic rigors of Stevens.

Ultimately, she landed an internship with EY’s technology advisory team after her freshman year, with the option to return the following summer, as well. Now, as a business school ambassador, De Assis encourages the new students she mentors to follow her lead and make the most of everything Stevens has to offer, telling them: “Don’t think you have to wait because you’re a freshman. Get involved, apply for an internship and take advantage of every opportunity. Don’t put it off.”

'You're more than just a student at Stevens' 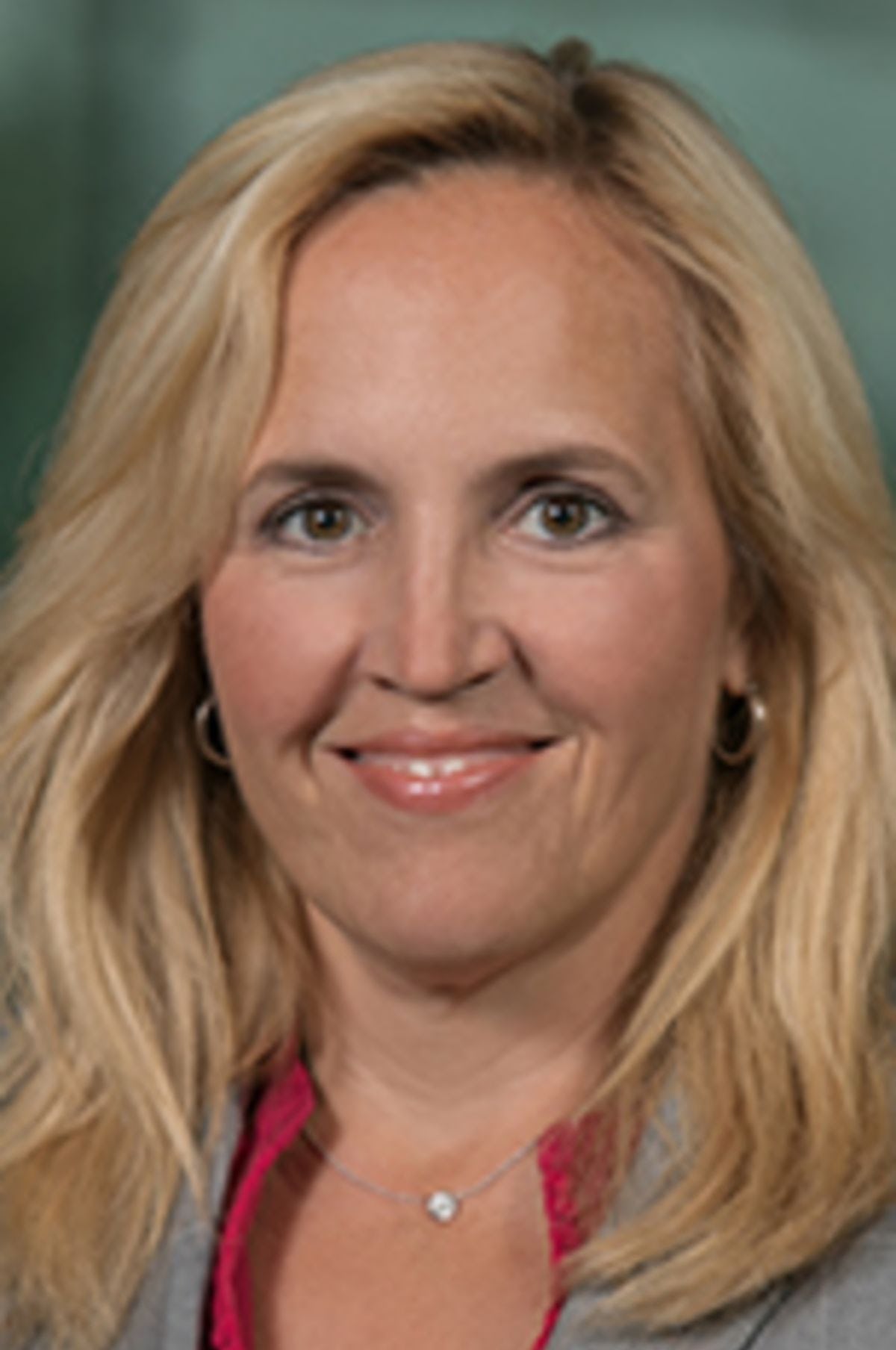 De Assis found the opportunity to pursue all of her passions, and discover new ones, at Stevens. As a first-generation American who spent time in her parents’ home countries of Ecuador and Brazil, she always had a desire to explore and experience different cultures — a desire that grew stronger after her semester abroad in Amsterdam this past spring.

Awaiting De Assis when she returned stateside was a summer internship as a technology analyst at Morgan Stanley, and an accompanying scholarship from the bank for her senior year. With her wanderlust far from sated, she began talking to her mentors at Stevens about taking a gap year after graduation.

For Crilly, it came as no surprise that De Assis would pursue this dream with the same gutsy determination she had developed over four years at Castle Point, saying, “I’ve seen Sheila grow from a curious freshman to a very confident senior who takes big chances and reaps the rewards.”

I knew that I would have a degree that is always going to be in demand.
sheila de assis '19

De Assis was confident enough in the transferable tech and business skills she gained at Stevens to defer her full-time offer from Morgan Stanley, where she stayed on as a part-time intern through her senior year. She’ll start her position as a technology analyst in Aug. 2020 and plans on spending her gap year teaching English in Cambodia and Vietnam, giving her the chance to return to her childhood goal, however briefly.

It’s something De Assis believes she might not have been able to do had she gone to another school. The support she received at Stevens in discovering and nurturing her various interests allowed her to blaze her own path toward the future she wanted.

“It is a tech-focused school, but it's also a deeply personable place,” she said. “You're more than just a student at Stevens. There are people who know you here, if you make yourself known.”