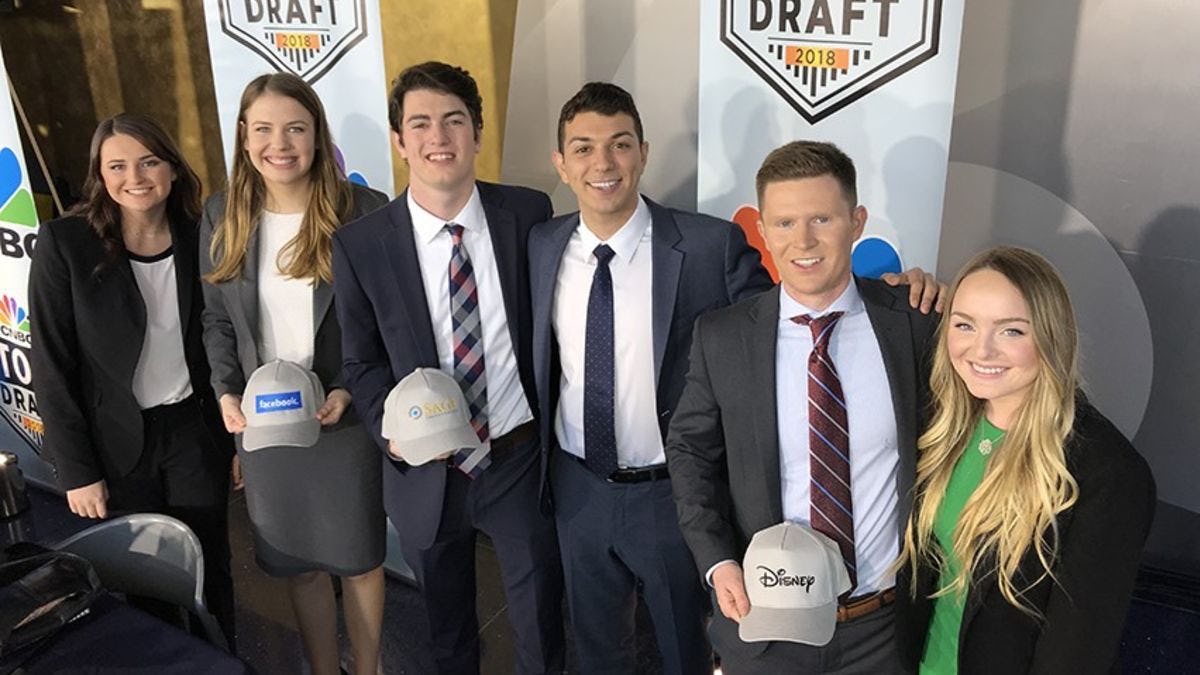 Daniel Aversano knew he was taking a risk drafting Facebook with the first overall pick in the 2018 CNBC Stock Draft.

The draft, a national competition among eight teams of investors and celebrities, kicks off a competition to choose the companies that enjoy the best market performance over the next nine months. A group of Quantitative Finance students from Stevens Institute of Technology is the only student team in the competition.

Facebook is a risky pick, with the threat of regulation looming in the wake of its high-profile data scandal, but revenue from advertising has continued strong, which put the stock up 10 percent for the day by the time the team selected it with the top pick.

Unfortunately, the competition begins with the closing price at the day’s end — so the Stevens team didn’t benefit from the early surge, but as Aversano said, it speaks to the underlying strength of the company.

'Confirmed our belief in our analysis'

“It’s confirmed our belief in our analysis,” Aversano, a junior in the School of Business and head portfolio manager of the university’s Student Managed Investment Fund, said. “We’ve identified key revenue drivers, such as the mobile growth expansion, artificial intelligence, virtual reality, Instagram, WhatsApp — and we see that continuing to grow over the nine-month period.”

Aversano and his classmates — Laura Murphy, Peyton Rieser, Madison Bertscha, Madison Pasterchick and Jim Doran, all with the Student Managed Investment Fund — left some powerhouses on the board, including Alphabet, Bitcoin, Apple and Amazon, and while it wasn’t easy choosing Facebook, the team stood behind its pick after the draft closed. 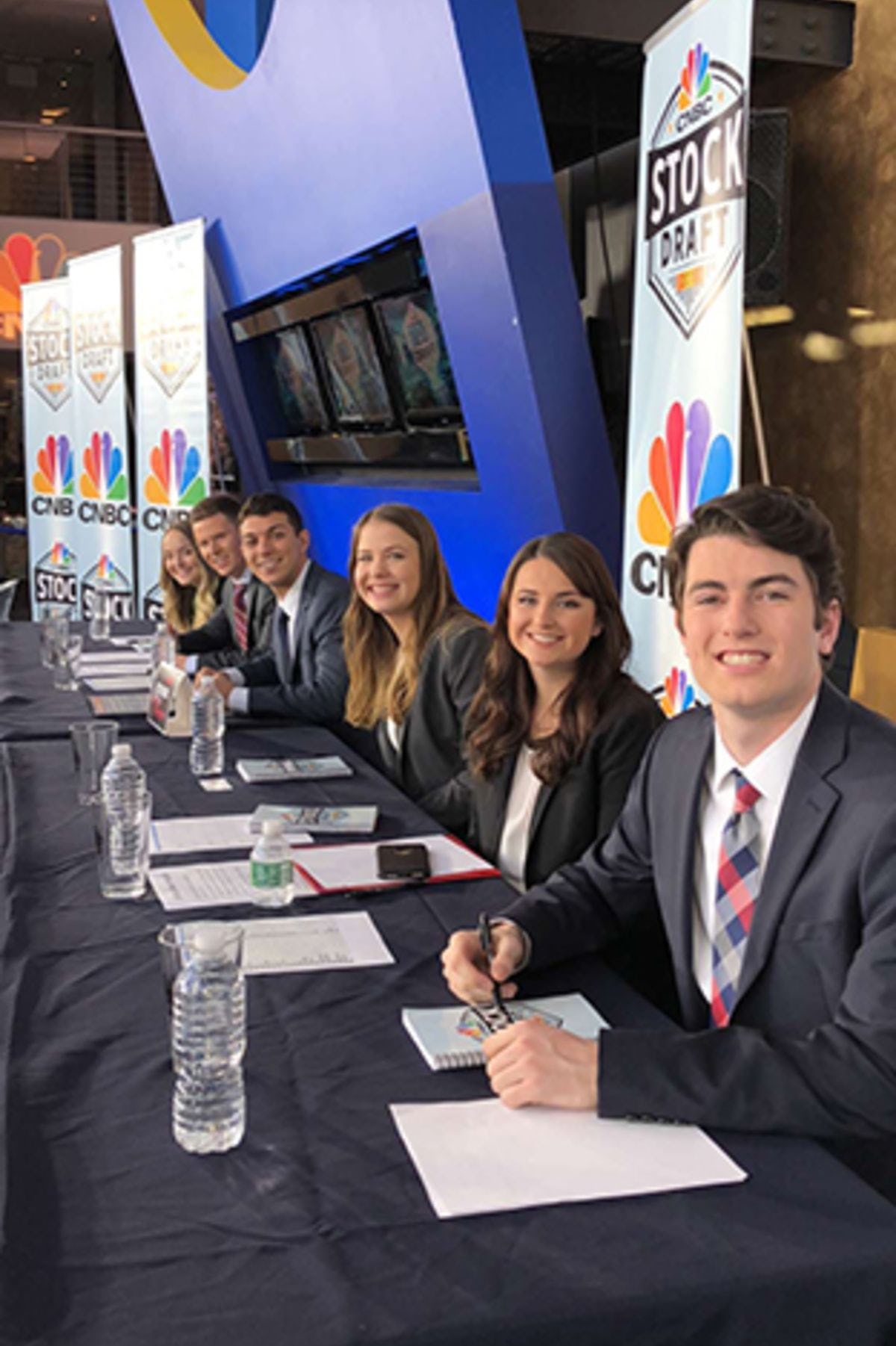 The Stevens students prepare to make their first pick at the CNBC Stock Draft.

“We think the worst has occurred for the stock, as it relates to the data breach — it’s just going to go up from here,” said Pasterchick, a sophomore who did an internship with Morgan Stanley last summer. “And so many of their brands are on the rise, so we expect they’re going to continue to show strong revenue.”

The Stevens team had two more picks in the draft, choosing Disney in the second round and Sage Therapeutics in the final round. The first two rounds were broadcast live on CNBC’s “Power Lunch” program; the final round was televised on CNBC’s website and social media channels.

Students said their experience in the Student Managed Investment Fund, or SMIF, helped them make draft choices in a pool that was ripe with well-known companies. SMIF is a highly competitive course that students must apply to. Members take different roles in researching sectors and making recommendations for investments; the team has more than $400,000 of Stevens’ endowment under management.

“With SMIF, we’re always looking at new stocks to incorporate in our fund, and we know what to look for in a good selection,” said Murphy, also a sophomore. “We hear all these great pitches, which gives us a lot of perspective as we consider new investment ideas.”

Doran, a junior preparing for an internship with Deutsche Bank this summer, said in the past semester, the fund was bullish on technology, healthcare and consumer discretionary, “and we got three very good stocks in each of those sectors, so we’re excited to see how well they perform.”

With SMIF ... we hear all these great pitches, which gives us a lot of perspective as we consider new investment ideas.
Laura Murphy '20

“There’s some mixed feeling on consumer discretionary, but Disney has a lot of stuff going on with the acquisition of 21st Century Fox, with the international expansion of their theme parks, and it’s now getting into streaming, which would be a game-changer,” said Rieser, a sophomore who’s worked at SEI Investments.

Bertscha, a sophomore with work experience at Pier Capital, liked Sage as a possible takeover target in the pharmaceuticals space, “and we also love what they’ve done in targeting central nervous system disorders,” a hot category in the industry.

Central to the team’s investment research skills is the Hanlon Financial Systems Center at Stevens. The Hanlon Center is home to two state-of-the-art finance labs that allow students to analyze and visualize real-time financial information to make better decisions, as well as reinforcing critical thinking skills that challenge students to seek knowledge from the data.

CNBC will do periodic updates on the teams’ performance until the Super Bowl, when a winner will be selected based on average percentage change, not including dividends. The Stevens team is up against some tough competition over the next nine months, including Kevin O’Leary, a “Shark Tank” personality; NFL stars Nick Lowery and Eric Dickerson; entrepreneur and TV personality Bethenny Frankel; and the Beardstown Ladies, an investor club of 16 women who have been taking positions since before students on the Stevens team were born. 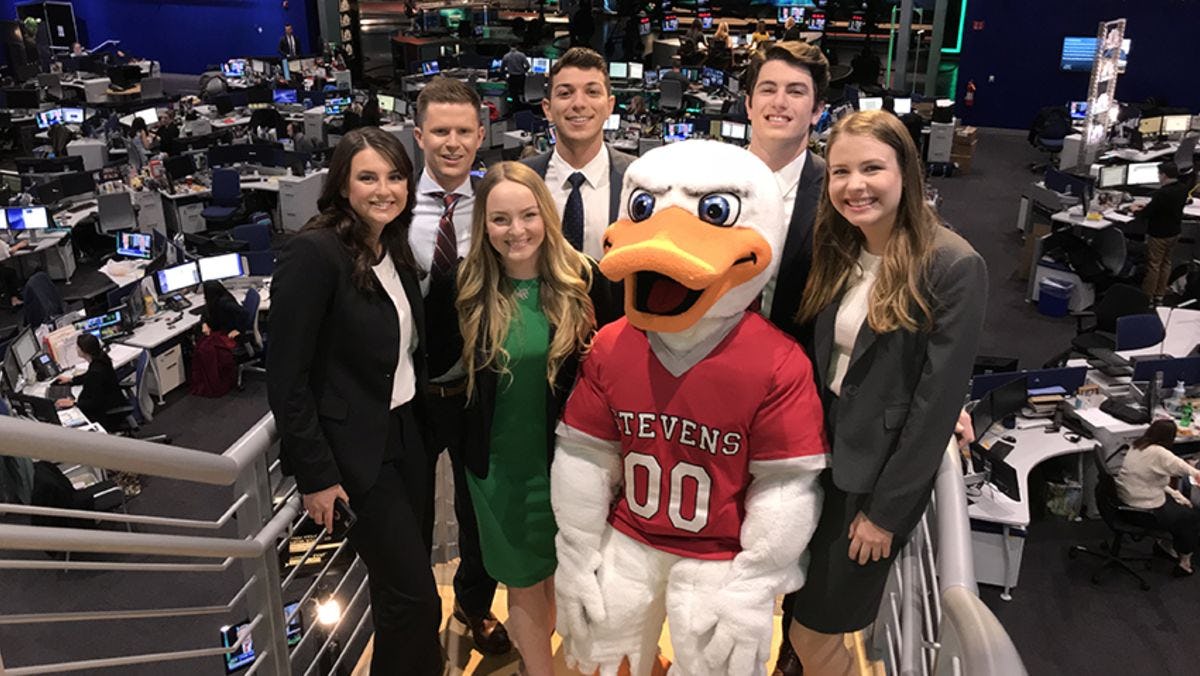