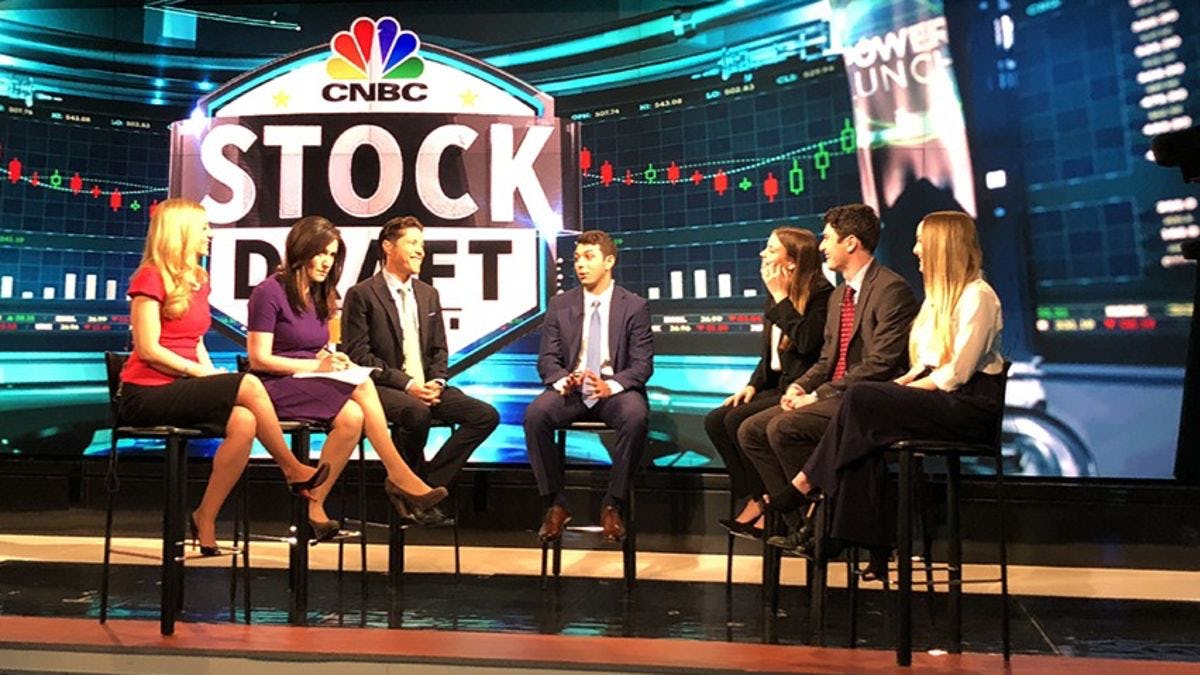 The CNBC team welcomed Stevens back on the air in May, to discuss the team's strategy. Daniel Aversano is in the center, to his right are Laura Murphy, Peyton Rieser and Madison Pasterchick.

Many of the participants in the 2018 CNBC Stock Draft are celebrities, like NFL great Eric Dickerson, TV personality Bethenny Frankel and investment guru Tim Seymour.

After participating in the competition, Laura Murphy ’20 feels like one, also. 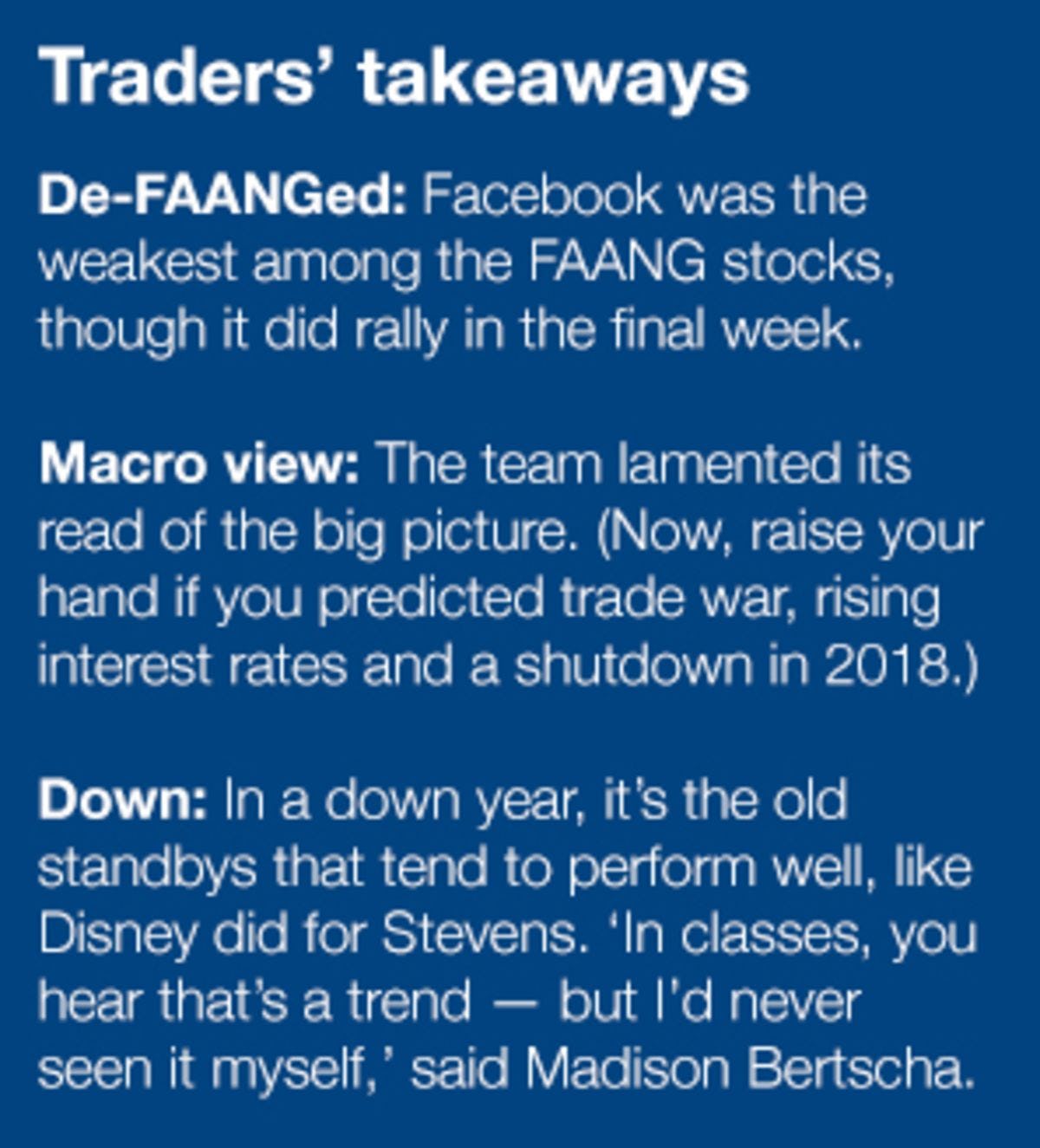 “I walked into one interview, and the manager was like, ‘Wow, I recognize you!’ ” Murphy said.

Murphy was one of six Stevens Institute of Technology undergraduates in the Quantitative Finance program at the School of Business who competed in the annual CNBC competition. The event, which runs from the NFL Draft to the Super Bowl, featured eight teams of investors; Stevens was the only student team invited to compete.

On draft day, CNBC anchors Guy Adami and Jim Cramer were mostly down on the team’s picks — both expected Bitcoin, which ended the game down more than 20 percent, to go first — but the team rode Disney to a third-place finish. The students also chose Facebook with the first overall pick and Sage Therapeutics in the third round.

“You learn much more from the picks that don’t go well,” said Peyton Rieser ’20. “In our research, we were looking at individual stocks and finding where the growth opportunities were, but in hindsight, it might have been better to start with a macro outlook and say, ‘Here’s what’s most likely to happen over the next nine months, and these are the stocks that would do well in those nine months.’ ”

Other teams brought along expert investors to the event; Stevens brought university mascot Attila the Duck. The students relied on their own insights, cultivated through their experience with the Stevens Student Managed Investment Fund, in making their picks. SMIF is a highly competitive class that students must apply to; the fund actively manages more than $400,000 of Stevens’ endowment. 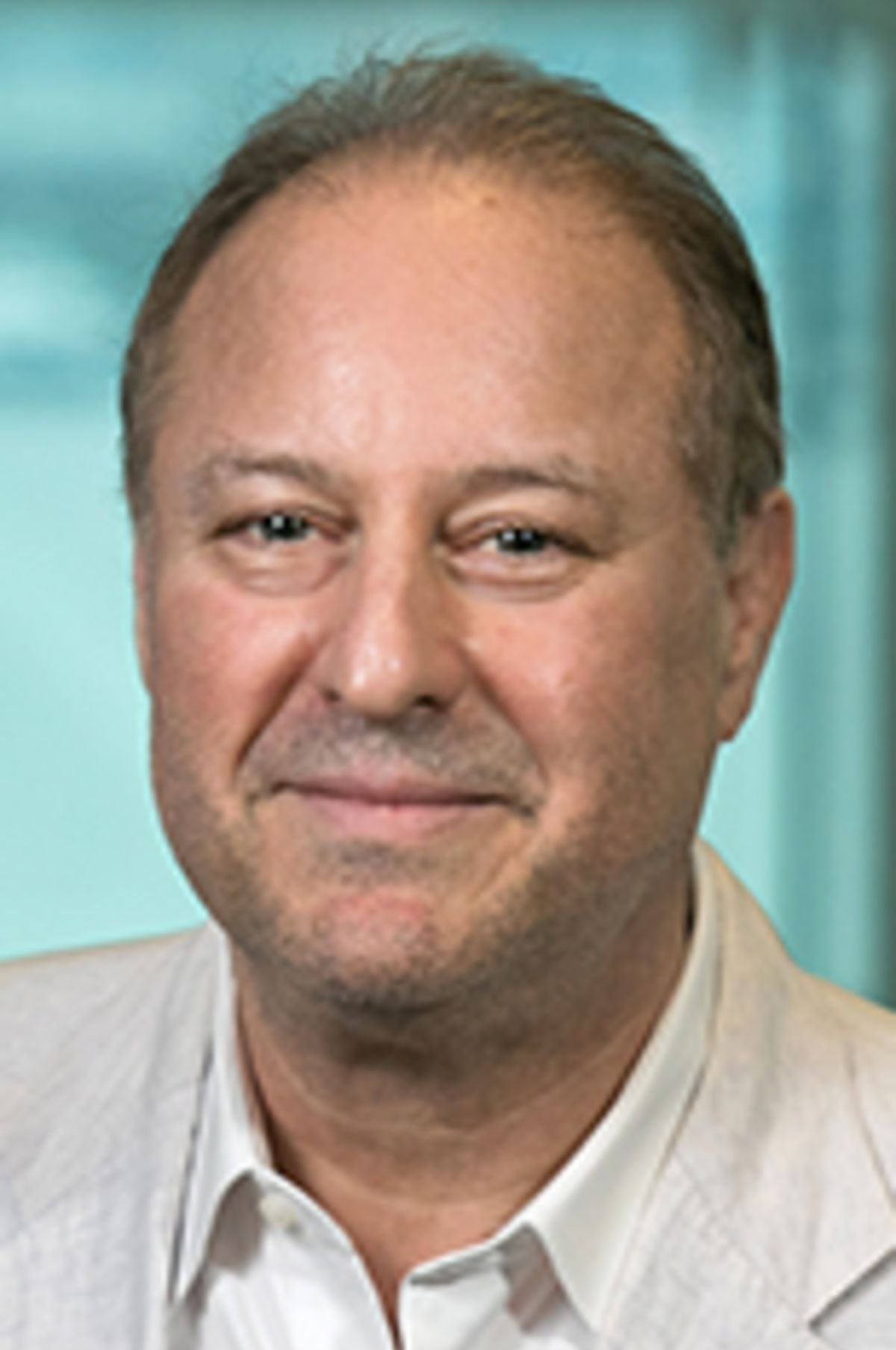 Dr. Jonathan Kaufman, who teaches the SMIF course, called himself “proud, but not surprised” by the team’s poise on television.

“Once a year, the SMIF students present their portfolio to the Stevens board of trustees, and that’s the highlight for them, when they’re having that interaction with their customers,” Dr. Kaufman said. “They learn to develop a thesis, to be analytical and quantitative in making pitches — but also to be able to express that strategy in a way that their clients can understand. Our board is full of people who speak that language, but their future customers — or even your average CNBC viewer — might not.”

Dr. Kaufman said he did not try to influence the team’s choices, but he did note the challenge of long-term SMIF investments as opposed to the stock game’s nine-month window. That meant a shift in strategy; for example, Rieser said the team selected Sage for its buyout potential, something that alone wouldn’t drive a SMIF pitch.

“All the stocks that were on the board were pretty stable companies,” said Madison Bertscha ’20. “I think what what we saw with Facebook, especially, was an opportunity for either a big turnaround, positive or negative. Unfortunately, it was a negative one.”

Even on draft day, Facebook was a controversial pick, with threats of regulation swirling in the wake of the Cambridge Analytica scandal. And while the government has yet to step in, subsequent data breaches have damaged its valuation over the last year.

“One of our strategies was looking at stocks that were down, which was part of our thought process with Facebook,” said Madison Pasterchick ’20. “But making picks based on which ones have potential for mean reversion is a lot harder if the stock is at its 52-week high.”

Drafting with diversity in mind

Daniel Aversano ’19 said part of their strategy involved looking at how teams made picks in previous years.

“In last year’s draft, the FAANGS all went early despite being at 52-week highs — and they just went higher,” he said of the Facebook, Amazon, Apple, Netflix and Google group of tech companies.

The team also made efforts to diversify with their picks, hitting tech, consumer discretionary and life sciences; “we’d probably be in dead last if we’d gone all in on tech,” Murphy said. The Disney pick was driven by the anticipated launch of its streaming services and the acquisition of certain assets from 21st Century Fox.

But a major piece of the strategy was made possible by the Hanlon Financial Systems Center at Stevens. The center is home to two state-of-the-art labs fully equipped with Bloomberg terminals, historical and current financial datasets, and visualization technologies for showing — and sharing — market insights. 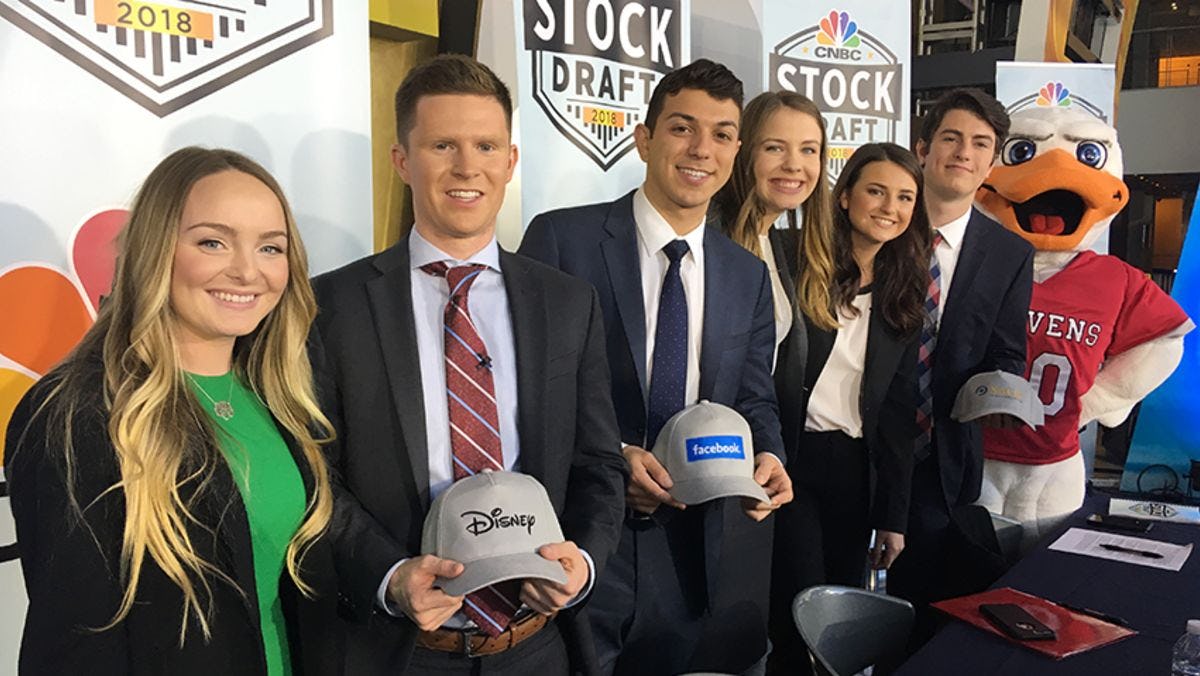 “If I had to sum up that semester,” from his SMIF leadership to the CNBC event, “it would be midnights in the Hanlon labs,” Aversano said.

And the experience of being on camera in front of thousands of live viewers was great for professional development, too. Murphy, Aversano and Jim Doran ’19, who’s off to Deutsche Bank, said the experience came up in job interviews.

Because Stevens business classes emphasize presentation skills, Pasterchick said, students are comfortable — whether being interviewed by journalists or recruiters.

“All our Stevens classes stress presentation skills, so talking on CNBC was like a SMIF pitch — it was intimidating, but we all know how to present ourselves and explain our thought processes,” she said.

Facebook posted better-than-expected quarterly results after trading on Jan. 30, leading to a very late surge for a stock that had disappointed all year. Would the team draft Facebook first overall again if they were picking in the 2019 draft? Aversano said yes, drawing loud protests from team members like Rieser, who’s been roasted by friends and fraternity brothers over the Facebook pick.

But Rieser recalled a lesson he picked up while shadowing a financial advisor as a high school student.

“One of the things he told me was you’re never wrong,” Rieser said. “You’re only ever early.”